What is the Lenovo ThinkPad X1 Carbon?

Few laptop brands have
lasted as long as the ThinkPad, and its success has continued with
forays into Ultrabooks and hybrids. Lenovo’s latest laptop, the X1
Carbon, is its new flagship Ultrabook that aims to bring slimness and
lightness to serious laptop users.

It’s the third Ultrabook to bear the Carbon name, following the 2012 and 2014
iterations, and it’s a study in evolution. Lenovo has made small
changes to improve its design and bring the latest ThinkPad in line with
top-tier rivals from Dell and Apple. It also packs in key business oriented extras like vPro, TPM and an extended warranty. 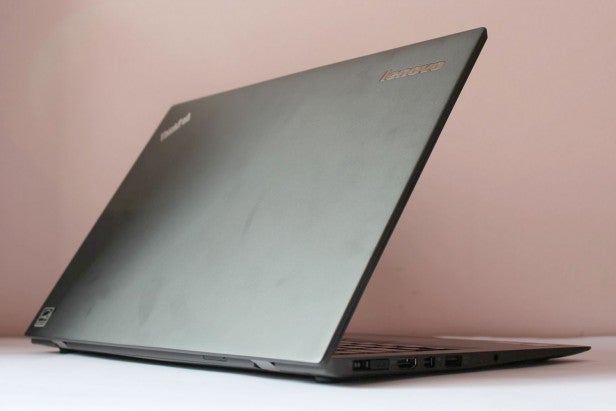 Smaller
touches indicate that the Carbon follows the sensible ThinkPad
philosophy. This machine prizes practicality above glitz and gimmicks;
the trackpoint is augmented with dedicated buttons that weren’t present
on the second generation of this machine, and the capacitive function
keys of the older system have been binned and replaced with more
practical physical keys.

Moreover, even though Lenovo has
deployed high-end materials to build this machine, the design isn’t
focussed on showing them off to the detriment of practicality –
aluminium is pretty but it is slippery and scratches easily. Here, the
base is made from magnesium and aluminium, the panel on the rear of the
display is spun from carbon-fibre, and many of the gaps elsewhere are
filled with fibre-reinforced plastic but from the outside it’s uniform
black soft-touch plastic.

Lenovo says these materials deliver
good strength while keeping the weight down, and we’ve got got no
quibbles about the Carbon’s construction. For instance, although unlike
some metal-lidded laptops the screen does twist, there’s no distortion
in the display as a result and there’s only a tiny amount of movement in
the base. There’s also reassurance from a host of passes in
MIL-STD-810G tests for high and low temperatures, humidity, shock and
sand ingress – something that the consumer-focussed Dell and Apple machines don’t offer.

It’s worth noting that the multiple materials and businesslike design means the Carbon can’t match the latest Macbook Pro or even the Dell XPS 13 for looks. Both those machines are decidely sleeker, and ultimately more desirable, looking, but then the ThinkPad has never been about design for design’s sake.

The
Carbon looks and feels like a ThinkPad, but its dimensions plant it
firmly in the Ultrabook category – and a million miles away from frumpy
business notebooks. The X1 Carbon starts slim and tapers to a thinner
front edge. At its maximum it’s 18mm from top to bottom including its
rubber feet. That matches the 2015 13-inch Macbook Pro, and the Lenovo’s 1.31kg
heft is a couple of hundred grams lighter than Apple’s rival machine. Impressively, that’s also a little less than the 13in Macbook Air – and Lenovo’s businesslike machine is only one millimetre thicker than the Air, too.

These are
slim margins, but they mean the Carbon will be more noticeable when it’s
carried on a daily basis – a little more pull on your shoulder, and a
little more width in a bag.

A potentially huge blow to the appeal
of this laptop is that this extra little bit of bulk hasn’t been used
to provide a generous port selection. Two USB 3.0 connectors, an HDMI
port and a mini-DisplayPort output is a decent start, but there’s no SD
card slot and the Ethernet facility is via an external dongle. An inbuilt
Ethernet port is of course rare on this size of machine, but would’ve
been a boon for a business oriented model like this, meanwhile the lack
of an SD card is almost unforgivable.

The internals are better.
There’s dual-band 802.11ac wireless and a 4G-ready SIM card slot while
vPro and TPM are also included for secure business applications – the latter is something you won’t get on the MacBook or Dell.

Upgrade
potential is decent, too. The base panel lifts away to give access to
the M.2 SSD, wireless card and other components. The memory is soldered
down, so that can’t be changed, but it’s more access than most
Ultrabooks offer.

Lenovo
has kitted the Carbon out with a 14-inch, 2,560 x 1,440 IPS panel. That’s a
few vertical pixels short of the Macbook Pro’s Retina display, and it
gives a density level of 210ppi – excellent, and not far enough behind
the Apple’s 227ppi to cause any discernible dearth of sharpness.

The
high density means text, icons and images are pin-sharp, but the high
resolution means Lenovo uses Windows’ most intensive scaling options to
make the Carbon’s screen easier to read. We can see why – opting for
native resolution makes the OS so small it’s unusable.

The
scaling options in Windows have improved dramatically, and Windows
itself isn’t saddled with problems – but third-party tools often still
struggle, with tiny page furniture, pixelation or other problems. It’s
better, sure, but Apple’s OS X is still vastly superior when it comes to
handling high resolutions on small panels.

Quality levels are
good – but, like several other aspects of this machine, the Carbon can’t
quite match rivals. The 6,584K colour temperature is fantastic, but the
XPS 13 is even closer to the 6,500K ideal, and the Lenovo’s Delta E of
3.92 is decent – but, again, it’s a tad poorer than the Dell laptop.

SEE ALSO: How to Buy the Best Gaming Laptop 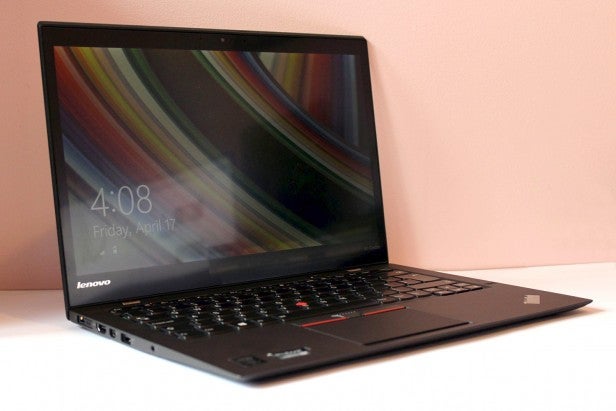 The
Lenovo’s brightness level of 243 nits is better than the XPS’ 205 nit
result, but the Carbon’s black point of 0.24 nits can’t compete with the
Dell’s 0.14 figure, though both are excellent. That means the Lenovo’s
decent contrast ratio of 1,013:1 is bested by the Dell’s 1,505:1 – and
so this is another area where the X1’s good performance is bettered
elsewhere.

Lenovo’s panel comes with one other niggle: a grainy
semi-matte layer. It’s not a big issue and it does help to dull the
impact of bright lights, but it undoubtedly takes some of the sheen of
this high-resolution display.

The Carbon’s screen is better than
most laptop panels, and it’s got the sharpness and quality to handle
work and photo-editing, but it’s bettered elsewhere – the Dell regularly
trumps it in benchmarks, and Apple’s laptop has top-notch contrast,
faultless viewing angles and better scaling.

The speakers are
dominated by the mid-range, which has plenty of volume, but treble
sounds don’t have enough clarity and depth to really stand out – songs
with deeper-voiced male vocalists found their voices swamped and lost,
while higher-pitched female voices were more discernable but still too
tinny.

There’s a surprising amount of thumping bass for such a
small laptop, but even that is still a little buried beneath the
dominate higher noises. The Macbook’s speakers have similar volume, but
more nuance and better balance.