The Lenovo ThinkPad X1 Carbon is an Ultrabook, but one that subscribes to ThinkPad design philosophies, which are a lot less sugar sweet than those of the competition. It won’t get passers-by coo’ing jealously. But it is technically excellent in many respects, and has a few great hardware features worth shouting about.

The new ThninkPad X1 Carbon looks a good deal like the last one, which we reviewed back in mid-2013. It’s all-black apart from a few little bits of red trim, has a 14-inch screen and a rubbery TrackPoint mouse nib, stowed away in the middle of the keyboard. You rarely see this in an Ultrabook – and it’s a good sign you’re dealing with something a little different here.

The 2014 X1 Carbon shell is made from layers of carbon fibre, interspersed with a layer of foam to give some extra damage prevention. It doesn’t have the cool feel of aluminium, commonly used in Ultrabooks to give that conspicuously high-end feel, but its smooth, hard finish is far removed enough from plastic to avoid feeling remotely cheap. 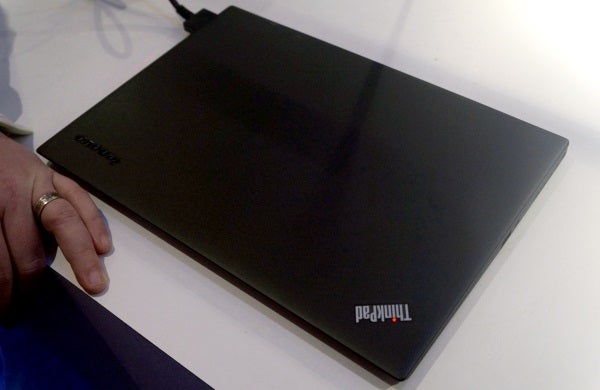 And carbon fibre lets the Lenovo ThinkPad X1 Carbon 2014 shrink down to just 1.28kg, just under 100g lighter than the previous version. Lenovo claims it’s the lightest 14-inch Ultrabook in the world. This makes the X1 Carbon a great all-day carry-around laptop.

The look has also been improved slightly over the last model. Where the old version had unusual-looking oversized mouse buttons above the trackpad, here they’re much subtler – built into the trackpad itself. Again, they sit on the top part of the pad, rather than at the bottom as in most laptops. 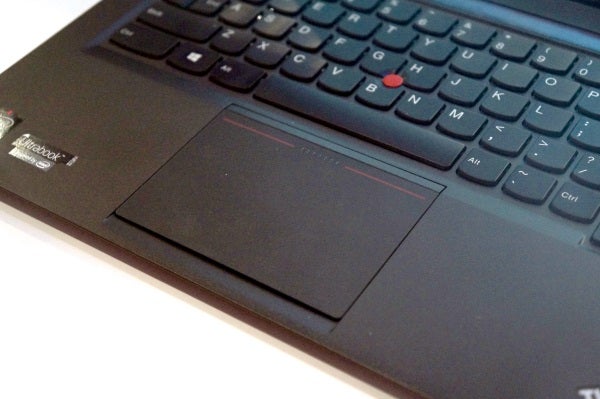 In common with most ThinkPad devices, there are plenty of concessions to business users. There’s an optional desktop docking station, which provides lots of extra connections and easy monitor connection, TPM support and an optional fingerprint scanner, which sits to the right of the keyboard.

Here are some pics of the dock, and the laptop’s connections 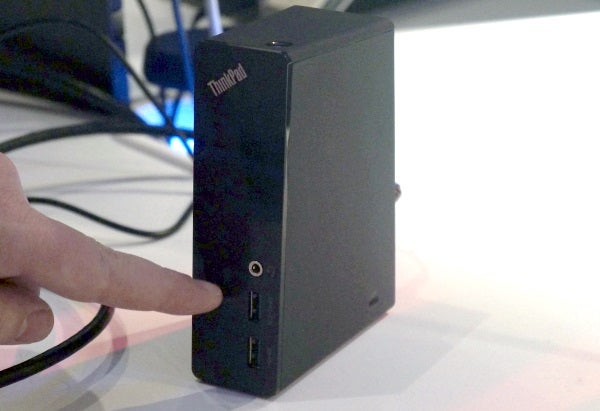 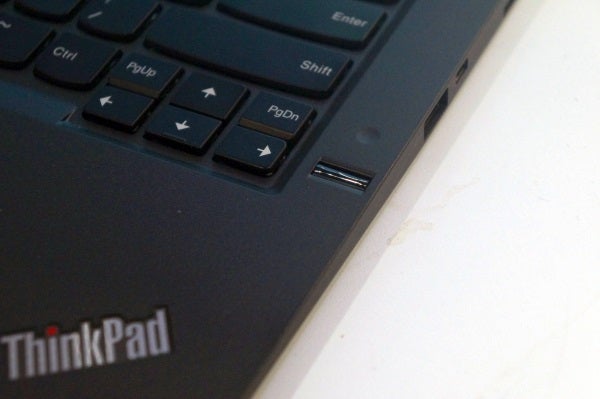 Many of the 2014 X1 Carbon’s upgrades are predictable, but its new contextual keyboard is quite unusual. The normal row of function keys has been replaced by a smart touch strip, whose light-up icons change depending on the situation.

This isn’t a fully versatile OLED display – which we’ve seen in similar implementations of this idea – but a display with pre-defined icons, but you do have some control over which show up depending on the app you’re running. It doesn’t call too much attention to itself either, which is a bonus. 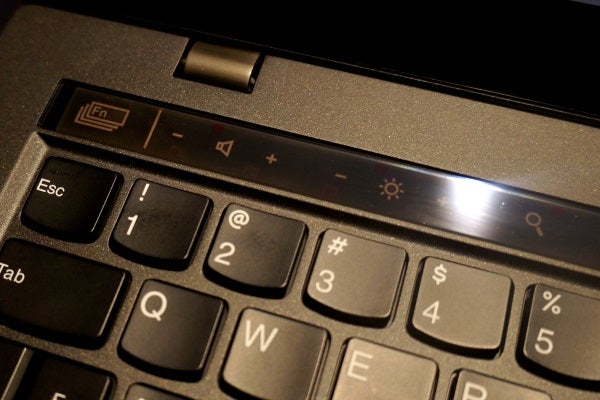 The more ‘predictable’ updates we were talking about include the use of the latest-generation Intel Core Haswell processors – of the top i7 variant – and an increase in screen resolution. The top resolution of the last X1 Carbon was 1,600 x 900 pixels, and the screen type was TN. This time, the top screen spec available is 2,560 x 1,440 pixels with an IPS-type touch display.

Battery life is rated at nine hours this time around. In the previous ‘Touch’ variant we found that actual stamina fell well below Lenovo’s claims, but hopefully the battery efficiency of Intel Haswell should improve performance with this model. 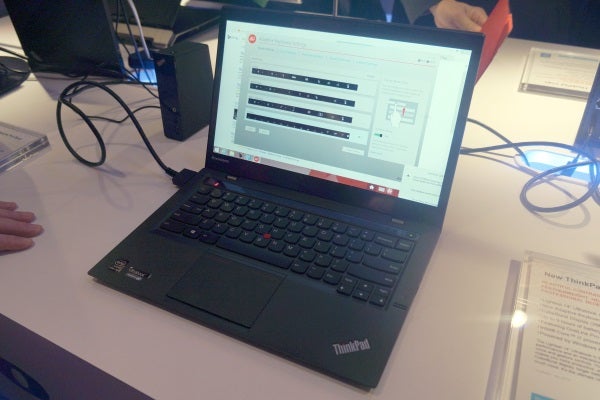 The Lenovo ThinkPad X1 Carbon 2014 edition deserves to make a bit more of an impact than the last model, which still lagged behind a little in terms of screen tech. This version has it all, it seems, although there is a chance its clever adaptive keyboard strip could become an annoyance rather than a convenience.

Next, check out our best laptops round-up