The iPad Pro has a large, 10,307mAh battery that Apple claims will last for 10 hours. That’s the same figure quoted for the iPad Air 2 – and, based on my testing, is pretty much on the money. 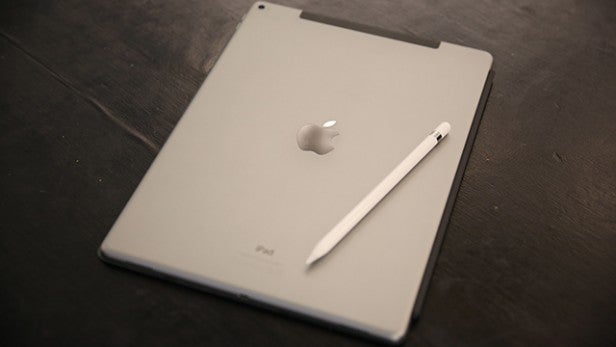 3D gaming is one of the biggest power hogs, so it’s a good indication of how the iPad Pro’s battery behaves under stress. The iPad Pro uses 19% of it’s battery for every hour of intensive 3D gaming, which means you’ll be able to get a good hours of thrills at 60% brightness before it needs to be plugged in. As always, if you want the screen brighter then the battery life will suffer.

The release of iOS 9 and the iPhone 6S brought a battery-saving feature to the iPhone called Low Power Mode. This throttles some of the performance and features and could help extend battery life by up to three hours. Unfortunately, this isn’t available on iPads; in order to extend the iPad Pro’s battery life you’ll need to manually reduce the screen brightness and, if you really want to go whole hog, turn on Airplane mode to stop apps constantly sending and receiving data in the background.

The battery life of the iPad Pro is solid, but not outstanding. For average use, though, it should last a day.

The iPad Pro comes with two cameras. There’s the obligatory FaceTime HD 1.2-megapixel front-facing camera for video calls, and a more impressive 8-megapixel iSight rear-facing unit. Both are of the same specification as the cameras on the iPad Air 2, and do a decent enough job.

The FaceTime camera shoots in 720p, which is good enough for video calling and manages to provide a decent image even in low-light conditions.

With many more megapixels to play with, the rear camera is much better and can record video at 1080p. 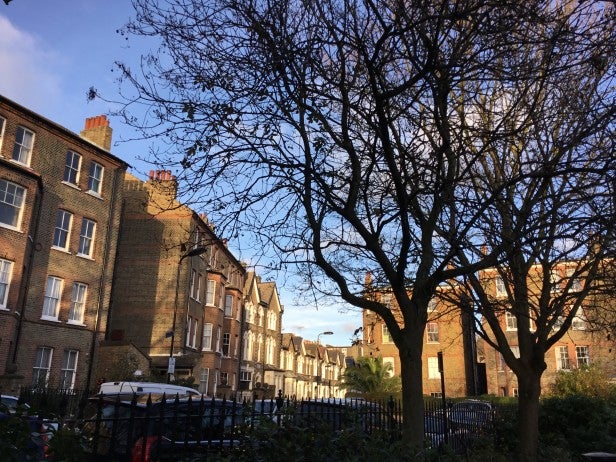 Taking photos with any iPad always seems a little idiotic. With the iPad Pro it’s downright buffoonish. Nonetheless, the iPad Pro is for both work or play, and with this in mind is takes very good pictures for a tablet, and is equivalent to the camera on the iPhone 5.

Should I buy the iPad Pro?

I’m torn. While it’s a stunning tablet with a superb screen, excellent speakers and solid battery life, it’s also expensive and doesn’t quite deliver a laptop-replacement experience on every level.

However, I’ve become hooked. I’ve written most of this review using the Smart Keyboard and love the combination of great portability and a big screen.

The Pencil certainly won’t be for everyone, but a keyboard makes the iPad Pro so much more than a tablet. I’ve dabbled with typing on an iPad Air 2, but the third-party keyboards available are just too compact to be comfortable for my hands. The larger iPad Pro fixes this. 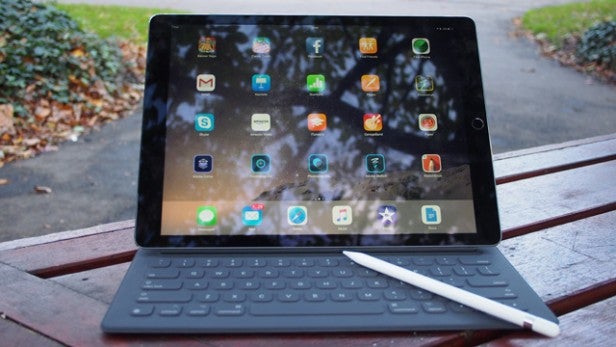 If you decide that the iPad Pro is for you then I’d recommend opting for the 128GB model. It’s significantly more expensive, but it’s likely that you’ll need the extra storage at some point. Whether you go for the cellular option will boil down to your needs.

The other product to consider is the Microsoft Surface Pro 4. It’s similarly priced and more likely to be a better fit for those comfortable with Windows and looking to replace an ageing, chunky laptop with something more portable.
Also worth a look is the Google Pixel C. This pure-Android device is a little bit more basic but it’s really nicely built and is great for taking quick notes on the fly. It doesn’t come with a stylus and its selection of apps is somewhat more basic, but it’s also quite a lot cheaper.

Finally, if you’re just after a great tablet then I’d save some cash and opt for the 64GB iPad Air 2 instead. It’s an excellent tablet and one that makes far more sense for most people.

The iPad Pro is undoubtedly great, but it doesn’t quite deliver on the promise of replacing your laptop. At £818/$968 for the basic version with a keyboard, it really should.