Although, unlike the recently released iPhone 5,
the iPad mini does not play host to a multimedia friendly 16:9 aspect
ration, the compact tablet still holds its own in terms of audio and
video playback with more than acceptable image quality paired with
surprisingly impressive audio abilities.

Despite featuring some
location based issues when playing app based games, the integrated iPad
mini speakers are in fact, for the large part, a surprisingly impressive
affair. During music playback, audio is strong with little distortion
or crackle, even at the top end of the volume spectrum. What’s more,
thanks to their position on the angled lower edge of the 7.9-inch
tablet, the inbuilt speakers are unaffected when the device is placed on
a flat surface with no muffling or depletion of output.

All that
said, they still pale in comparison to the stereo speakers employed by
the latest Samsung Galaxy Tabs, BlackBerry PlayBook and the Amazon
Kindle Fire HD.

Building on its iPod pedigree, the iPad mini
audio playback through headphones is some of the best we have
experienced on a tablet device with a well-rounded sound stage covering
everything from deep bass rich notes to the twang of an acoustic guitar.
Although output could be a bit stronger at the top and bottom ends, it
is hard to fault what is otherwise a hugely impressive audio performance
from a compact 7-inch tablet. 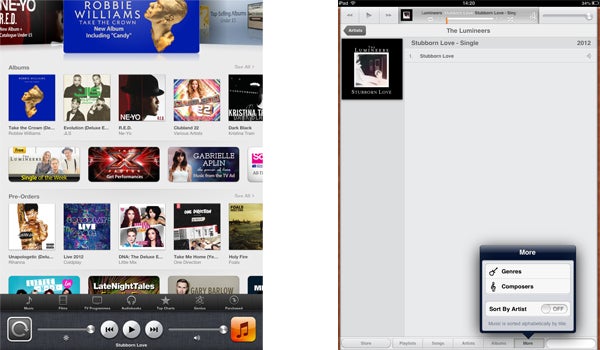 Strangely
for an Apple iDevice, and one which has such a strong audio standing,
the iPad mini does not come boxed with a pair of the company’s new Apple EarPods
headphones, or any headphones for that matter. Whilst not the biggest
omission, this does seem a little penny-pinching from one of the world’s
most valuable companys.

Following Apple’s trademark storage
options the iPad mini is available in 16GB, 32GB and 64GB capacities
with the tablet’s price jumping rapidly from £269 to £429 between this
trio of options. As ever this can’t be expanded by adding a memory card
as on some rivals.

Although present, the iPad mini photo editing
abilities are extremely limited with little more than red-eye reduction,
auto-enhance and the classic crop option on offer. With the plethora of
photo editing applications, both paid for and free, that are available
to download, however, this is only a small concern. 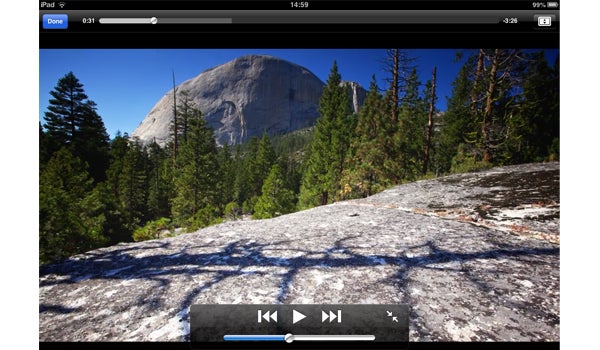 Further
bolstering the iPad mini multimedia capabilities, the fast access music
player controls that feature on the multitasking menu bar are a time
saving joy to use. Providing playback controls without having to delve
into the full music player, the remote panel allows users to play, pause
and skip tracks as well as make on-screen volume adjustments at will. 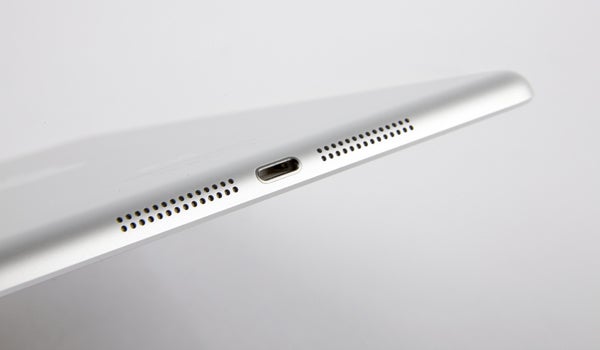 The
claimed 10 hour battery life of the iPad mini rings near enough true
during general day-to-day use. This predicted figure clearly doesn’t
account for the consumption of high-end, performance demanding games
such as EA’s latest NFS offering, Need for Speed: Most Wanted, however.
What’s more, when the battery is depleted, getting it back to full juice
again will take a considerable amount of time with an overnight charge
the least obtrusive way to recharge the device following heavy usage.

Currently
only available in Wi-Fi form with a cellular enabled, 3G and 4G
compatible device to launch later in the year, the iPad mini follows on
from the iPhone 5 and 2012 iPod Touch refresh in ditching the Apple’s
dated 30-pin connector in favour of the new, faster, smaller 8-pin
Lightning port.

Although commendably smaller than its
predecessor, and with the useful ability to be plugged in either way
round, the need to buy extra adapters and cables to make the connector
work with existing docks and chargers is a costly annoyance. The iPad
mini does come with a mains charger and Lightning cable in the box but
no other adapters are included.

Also notable is that while the
Lightning port can be converted into HDMI, USB and SD ports for
connecting to a TV, camera and SD card respectively, no such connections
are already on the device and the adapters can be quite pricey. Most
alternatives do offer one or more of these connections without the need
for adapters.

Wi-Fi is of course onboard, with networks up to
the 802.11n standard supported. We found connectivity to be strong with
no occasions of drop off or unexplained loss of connection recorded
during our time with the device.

Bluetooth 4.0 is also included
but otherwise that’s your lot, with no NFC included for instance.
Although not currently available, the iPad mini cellular options which
is tipped to be released in the coming weeks will host support for GSM,
EDGE, HSPA and LTE networks. 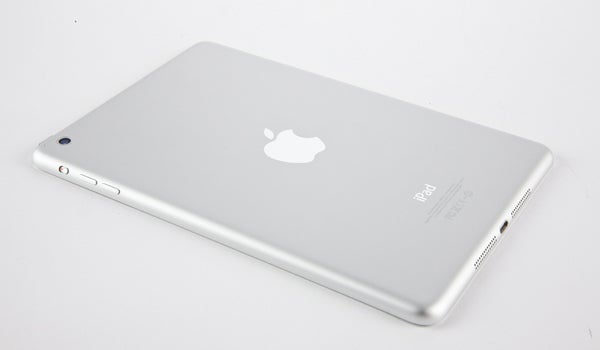 Certainly
the most desirable 7-inch tablet on the market, the iPad mini’s £269
starting price is considerably higher than the competition but for that
outlay you get a device that, although not specs superior, is a far more
enticing option than much of what is already on the market.

Combining
a brushed aluminium back with seamlessly curved edges and a fascia that
will be familiar to full-sized iPad owners, the iPad mini is a device
that looks and feels every penny that you pay for it. A step on from the
plastic backed likes of the Google Nexus 7, the iPad mini is unrivalled in terms of build quality and style.

More
than a simple piece of eye candy, however, the iPad mini is a joy to
use and one which, thanks to its slightly larger 7.9-inch display is
immersive and perfectly sized for a combination of business and pleasure
purposes. If you have recently splashed out on a full-sized iPad 3 or iPad 4
then this might not be for you. If, however, you are looking to make
the plunge into the tablet market for the first time and can live
without an HD display, it’s hard to look past the new iPad mini.