Despite offering an experience altering 35 per cent more screen real-estate than its standard 7-inch rivals such as the Google Nexus 7, the iPad mini’s screen is undeniably its weakest point.

Whereas the Google Nexus 7 and Amazon Kindle Fire HD both sport high-definition displays, for the first-generation iPad mini, Apple has opted to go down a more dated visually inferior route. Sporting a screen with the same 1024 x 768p resolution as the superseded iPad 2, the iPad mini’s LED IPS offering falls behind its lower priced competition when it comes to sharpness.

A noticeable step back from the latest-generation 9.7-inch iPads, the iPad mini’s 163 pixels-per-inch image density is noticeably worse than the competition, and all told it’s a disappointing move from Apple. A Retina display offering akin to the iPhone 5 or iPad 4 is a seemingly sure-fire inclusion for the likely second-generation update. 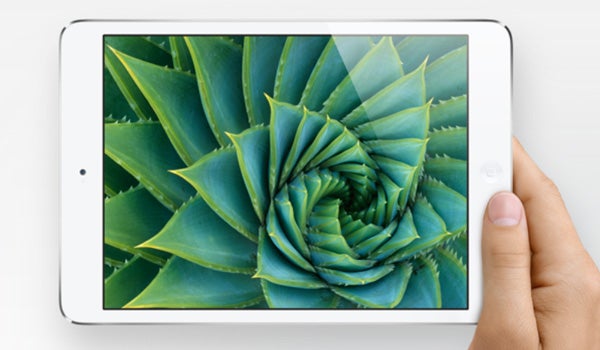 Causing text and application icons to appear somewhat grainy and considerably less sharp than desired, the iPad mini screen is the device’s only real stumbling block, putting it at a significant disadvantage to its similarly sized rivals. Although the iPad mini lacks defined edges to text based content such as ebooks or web pages, in terms of video playback or app-based gameplay the tablet holds its own with a strong colour palette and impressive contrast ratios ensuring the device is a more than viable option for multimedia absorption.

Lacking the eye-popping detail of Apple’s Retina displays, video playback on the iPad mini is still an enjoyable option with little motion blur or stuttering of images detracting from the overall viewing experience. Not without its merits, the iPad mini screen features auto brightness adjustment capabilities and is more than visible when in areas of both bright, direct sunlight and dark, uneven shadow.

Supporting multitouch input commands, the iPad mini screen is extremely responsive to the touch with all taps, swipes, prods and sliding scrolls producing their desired on-screen reactions all within an acceptable timeframe. Due to the reduced bezel of the iPad mini, it is at times unavoidable to have a stray thumb encroach onto the screen. Ensuring these wayward digits do not register as touchscreen based selections and commands, however, Apple has introduced software that detects these unwanted finger placements and ensures they do not interfere with the user experience. Surprisingly, this works exceptionally well with all but the rarest of interferences caused during our time with the device.

As with all touchscreen devices, the iPad mini is a magnet for smeared, greasy fingerprints that can often leave the screen in a less than appealing, at times experience-depleting, state. In a bid to help this, Apple has finished the iPad mini with a fingerprint-reducing oleophobic coating. It doesn’t stop all fingerprints but certainly reduces their effect compared to untreated displays (most tablets and phones do feature oleophobic coatings now). 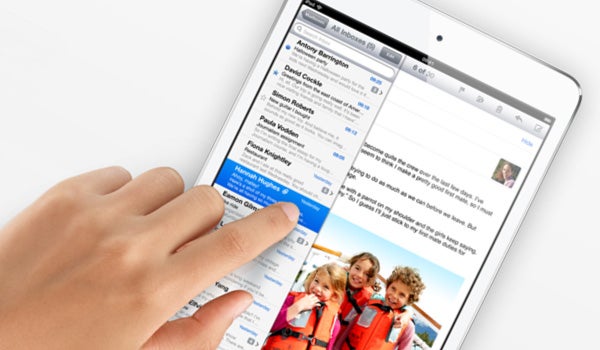 A largely pleasant experience that is hard to fault in terms of user friendliness, Apple’s iOS 6 operating system runs the show on the iPad mini with little fuss or fanfare. Everything is not as smoothly and pristinely Apple-esque as you might expect, however.

Whilst unlike Android or Microsoft’s Windows Phone 8 operating system Apple’s iOS offering does not bring information such as emails or calendars to the fore through the use of interactive and customisable widgets, the app based UI that Apple introduced with the original iPhone is still a simplistic joy to use. With nothing more than a quick tap of the desired icon needed to launch the application, the iPad mini interface allows for both new and experienced users alike to pick up the device and instantly gain a workable understanding of what’s what.

Despite having been fitted with an A5 dual-core CPU as opposed to the quad-core processing option found within the Google Nexus 7, the iPad mini still feels acceptably speedy with application launches handled with sufficient expediency. Although some heavy duty games take a considerable amount of time to load, this is not an issue that is easily overcome by rival devices and one which does not put the iPad mini considerably behind the curve.

Unlike the full sized 9.7-inch fourth-generation iPad, the iPad mini’s compact form factor and single-hand friendly design help make the device become a pleasure to type on. Whereas the original iPad proved cumbersome and oversized, causing an awkward, slow, prodding typing style – unless laid flat and in landscape mode – the iPad mini allows for smartphone-esque thumb typing. Proving more comfortable to use, the iPad mini can be utilised for prolonged periods of time without the dreaded and unwanted wrist ache. 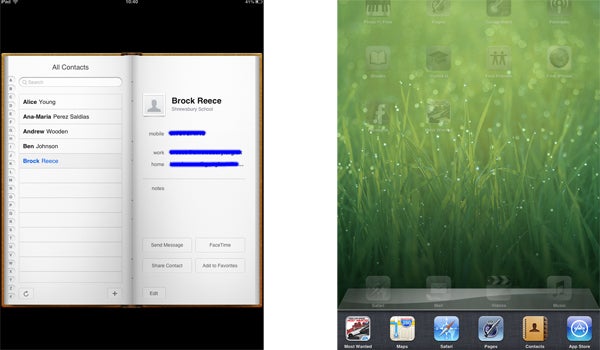 In unusual form for Apple, a company renowned for its attention to detail and style lead interfaces, the calendar application pre-installed on the iPad mini, as well as the iPad 4, is disappointingly unattractive and a noticeable eyesore on an otherwise impressive OS. Although fitting nicely in a landscape stance, when holding the iPad mini in a portrait manner, the calendar service fails to fill the screen, leaving ugly and unnecessary black bars of considerable size both above and below the entry fields.

As with former Apple iDevices, the iPad mini multitasking is a straightforward affair with a rapid double tap of the physical home button producing a row at the screen’s base of applications that are currently open and running in the background. Swiping left on this bar will see users greeted with fast access audio controls, a welcome addition that are easy to use and which offer playback choices without having to delve directly into the dedicated application. 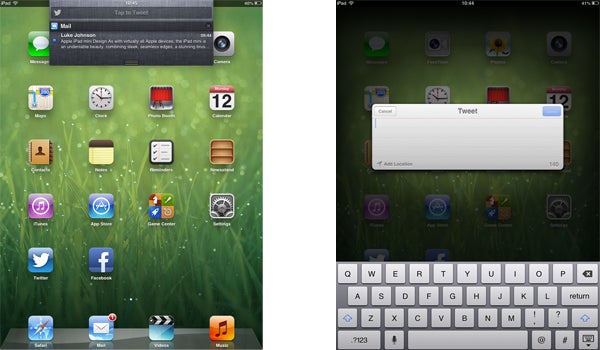 Having taken a leaf out of Google’s Android book, the iPad mini, thanks
to its iOS 6 filling offers users a dropdown notifications bar,
providing alerts to all the latest goings on from new incoming emails
and messages to calendar reminders and social media updates. What’s
more, for those in a hurry to share their 140 character announcements,
users can also Tweet directly from the notifications bar, a time saving
option that will be sure to appeal to many. 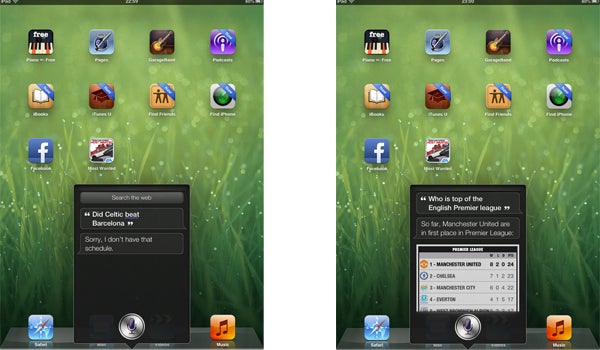 In a bid to help improve the user experience further and offer a helping hand to users of all experience levels, Apple has complemented the iPad mini with its voice activated personal assistant software Siri. As we have found on other devices, Siri is still very much a work in progress. Although improved for iOS 6 devices such as the iPad mini, it is still filled with quirks that see it struggle with British pronunciations and it’s lacking in details of stores and services outside of the US.