Update: iOS 10 is about half way through its life-cycle and as such updates are coming thick and fast. The latest is iOS 10.3, which has been seeded to devs, here’s everything that is new in iOS 10.3.

Every year, Apple claims its iOS update is the biggest and best yet. With iOS 10, however, that claim actually rings true. This year’s tweaks to the iOS formula breathe new life into Apple’s own apps and make things ever so slightly more open.

But the headline features aren’t the real success here; it’s the smaller changes and shortcuts that although not obvious, are satisfying and genuinely useful.

You can download iOS 10 right now on the following devices: iPhone 6S, iPhone 6S Plus, iPhone SE, iPhone 5 and up, iPad mini 2 and up, iPad Air and up, iPad Pro 9.7 and 12.9 and iPod Touch 6th generation. It will come running on iPhone 7 and iPhone 7 Plus.

The headline-grabbing feature of iOS 10 is the updated iMessage app. Text messaging is pretty much dead, replaced by services such as iMessage, WhatsApp and Facebook Messenger. Although Apple’s service has been steadily gaining ground, it’s always been a tad feature light compared to its rivals.

This changes in iOS 10. Actually, Apple has crammed so many features into its new chat app that it feels like it’s throwing everything at the ceiling in an effort to see what sticks. 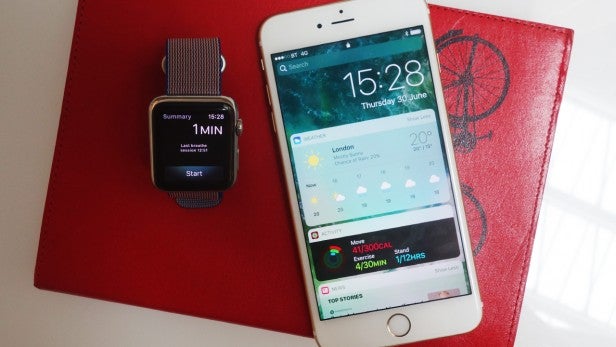 On the surface, the app looks very similar. Blue and white are the colours of choice, with contact photos sitting beside the message. Open up a thread, though, and the changes become apparent.

Alongside the text-input screen are a couple of new options: a camera icon, a heart and an App Store symbol. The latter is probably the most intriguing, and the one with the most scope for the future. It’s an App Store for iMessage, which lets you download “extras”. It’s great, if novel.

The GIF searcher is endless fun, while the Apple Music add-on lets you quickly send someone a snippet of a song. Obviously, time will see the range increase, and hopefully developers will find some clever ways to make use of it. Citymapper has already updated its app, as has IMDb.

The next icon across, which resembles a heart, is a little less interesting. It’s plucked straight from the Apple Watch, and feels out of place. You can send your “heartbeat” (which isn’t actually your heartbeat, since there’s no HRM in the iPhone) or draw out little images. They render back in real-time when opened by the receiver, which is cool – but I can’t imagine using it constantly. You can annotate images too, which is certainly more useful. 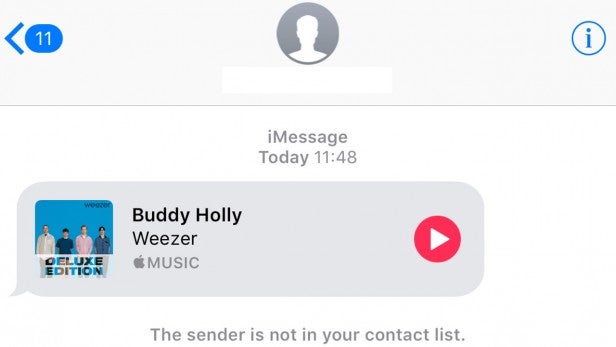 So there are plenty of neat features to the iMessage update, but there’s also quite a lot that feels like MSN Messenger circa 2002. Someone’s birthday? You can send a screen-overtaking animation that blows confetti everywhere. You can also send a message that slams into the conversation and shakes the pages, or one that appears in invisible ink. I’m sure there will be folk who have an appreciation for such items, but I can’t say that they’ve stuck in my mind.

On the whole, the updated iMessage is great. It’s busy, yes, but given time, hopefully Apple will see fit to streamline it to include only the features that work. It’s a step in the right direction, though. 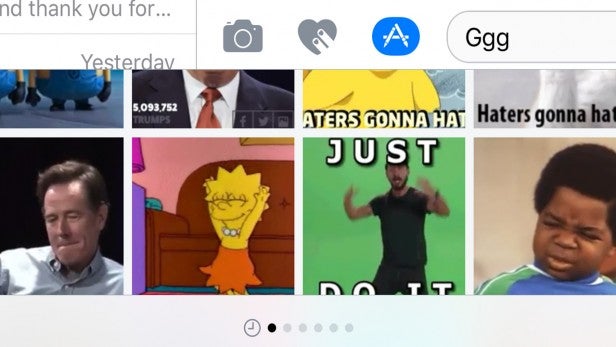 3D Touch was introduced to much hype with the iPhone 6S. It demoed well, but in day-to-day use it was limited. I tended to forget it was there, or it didn’t offer anything to make me use it.

This changes with iOS 10, where 3D Touch finally makes sense.

There are now 3D Touch actions dotted everywhere. The most useful is hard-pressing the “X” icon in the notifications tray to clear all. You can also 3D Touch the shortcuts in the updated Control Center to quickly alter the brightness of the torch, change the timer length and so on. 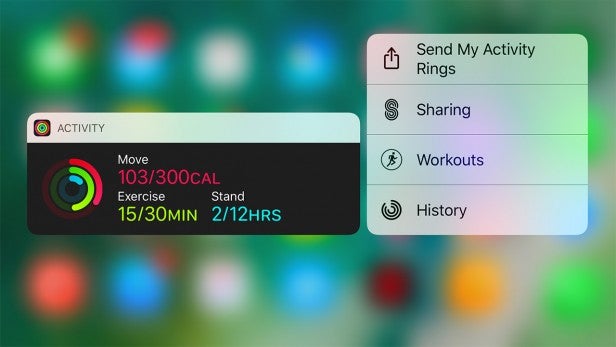 The only real issue with these improvements is that they’re not obvious. If you’re not told about them, you probably won’t notice they’re there.

Widgets have seen a 3D Touch boost too. For example, in iOS 9 a hard press on the News icon would have merely thrown up text-based shortcuts; in iOS 10 it actually shows the latest news. I can check the morning news, and weather, without going into the app. This way of using widgets is, in my opinion, much cleaner than it is on Android.

Three aspects of iOS that I’d say needed the most work were the lockscreen, Control Center and notifications. And as if the developers at Apple had looked deep into my mind, each has received an update. However, the big question is whether the changes made are for the better?

For the most part, yes. This is a huge step-forward, one that manages to improve the overall user experience no end.

I’ll start with the new lockscreen, which is more a visual update than a functional one. The iconic “Slide to Unlock” option is no more; now you have to physically press the home button to unlock the phone. This is a result of many people, myself included, feeling that the Touch ID sensor was so fast that you blazed past your notifications whenever you opened the phone. It now takes a little longer to get into the phone, but it works a lot better. 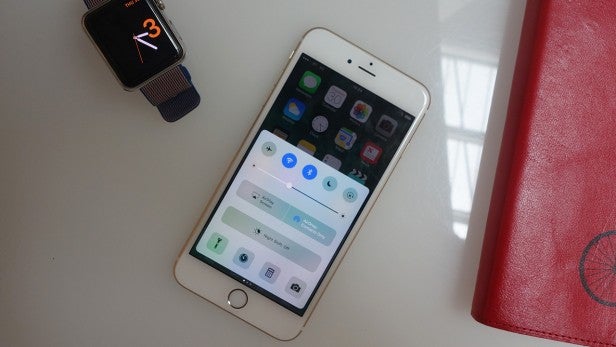 Apple has added “Raise to Wake”, which is easily one of the most user-friendly of iOS’s new features. The screen will burst into life whenever you pick up the phone.

The swipe-up gesture to quickly open the camera is gone. Now you swipe to the right; swiping to the left takes you to a new screen entirely. This is where all your “widgets” – useful tidbits of information pulled directly from apps – are located. Widgets aren’t new for iOS, but the implementation is certainly better here.

This can be attributed to the improved quality of the widgets themselves. Apple has updated all of them, from Activity that shows your daily targets, to the weather slide that displays the conditions over the coming week. Older third-party widgets now look a little weird, with a strange discoloured border. Hopefully, developers will update these too.

The spruced up Control Center is probably the biggest step forward in terms of design, especially considering it was fairly useless before. 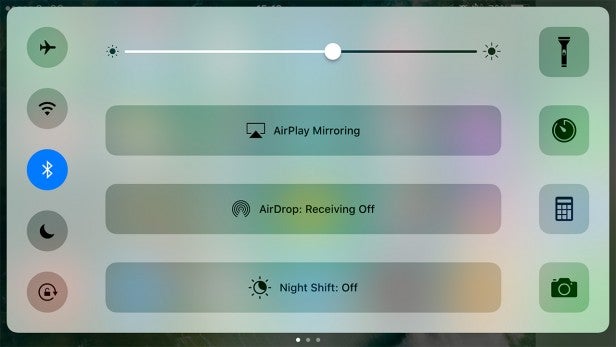 Access is still via a swipe up from the bottom of the screen, but it’s now split into three distinct panes. The first is familiar, with shortcuts and toggles, but it’s cleaner than before. This is because the music playback options have been moved to their own panel – a wise decision. There’s also a panel that ties into the new Home smart home controller app, which lets you quickly tune your connected tech without opening the app.

I’d still like to be able to add my own toggles, and the lack of a quick option to jump into Settings is bizarre, but the spread-out approach makes the Control Center much more functional.

Finally, there’s notifications. I have to switch between iOS and Android fairly frequently, and the biggest win for Google’s OS in my eyes is it’s far superior notifications system. Apple’s interpretation has always felt cluttered and aimed far more at the casual consumer rather than someone who has to deal with a constant stream of emails, messages and general alerts.

Related: Apple Watch 2: What you need to know 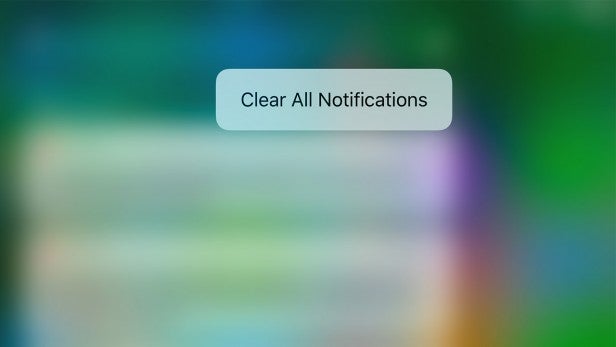 Even in iOS 10, Apple doesn’t get close to Google’s implementation of notifications. Nevertheless, the improvements are welcome.

3D-Touching a message pops out a quick-reply box complete with the rest of the conversation, so you can knock out a reply from the lockscreen, while the “Clear All” option is a godsend to those who have a messy inbox.