I must admit that I was a little surprised when Iiyama popped round to the TrustedReviews offices to see if we would be interested in reviewing a regular 19in monitor. These days it’s all about the widescreen, and we looked at Iiyama’s own 22in display a few months ago. However, the X486S is more than just another LCD monitor.


It’s got three features that raise it above the crowd. Firstly, it’s got a motion sensor that can detect when you’re away from your monitor and drop the display into power saving mode and then wake itself up when you return. Next is the integrated light sensor that automatically adjusts brightness according to the ambient light conditions and thirdly, the panel features a high contrast glare filter. This is great for colours and contrast, but these tend to cause severe problems with reflections. Iiyama however, counters this with a greater brightness level than most competing monitors, the aim being to give the best of both worlds. 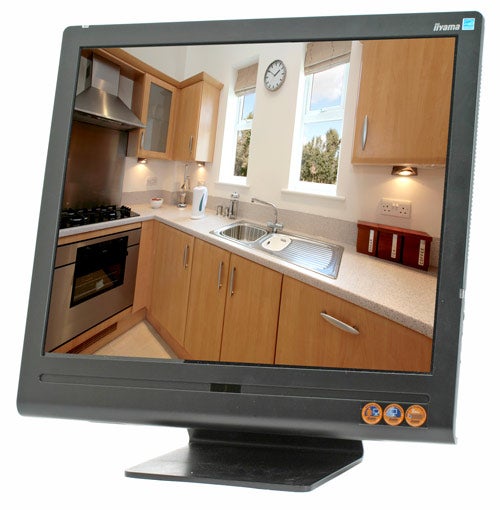 Let’s get the main criticism of the X486BS out of the way – it’s not widescreen, which for a display aimed at gamers is a problem. It’s still true that many games still don’t support widescreen but a great many do, and the fact is that widescreen is the way of the future, while the 5:4 aspect ratio of this 1,280 x 1,024 screen isn’t. I find it questionable that any gamer who wants to invest in a new display would choose one that wasn’t widescreen.


The one reason that you might choose this display is that it is cheaper than going widescreen, with IIyama’s 22in display costing £258.09, though you could get Mirai’s budget screen for only for only £218.43. However, a good reason to go with this screen is that it’s a better display in many respects. 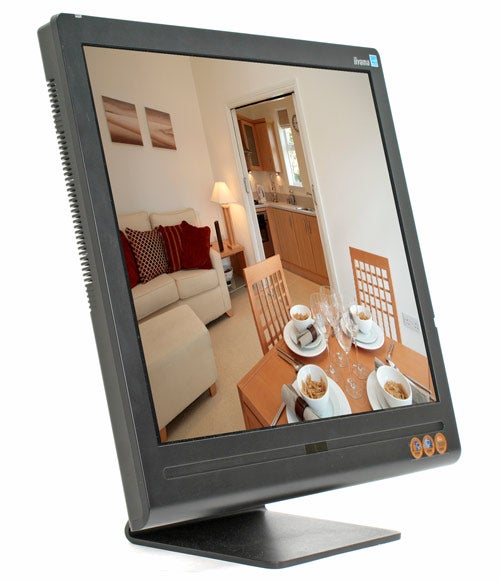 Firstly, the styling is quite attractive, with a black bezel clean of any buttons. There a removable sticker on the bottom right and the Iiyama logo at the top right. The bezel is thicker at the bottom with an indented strip running through this. At centre of this is the optical sensor I mentioned above. Integrated into the bezel at the top left is the light sensor, while at the right hand side is a rather unusually placed power switch. A light glows blue when on and orange when the display goes into low power mode.


Down the right hand side you’ll find the OSD buttons and beneath these you’ll find a headphone socket and a USB port, useful additions. The former means you don’t need to scrabble around the back of your PC if you want to switch between the built in speakers and using headphones, while the USB connector is great for hooking up devices such as MP3 players or memory card readers.

However, the headphone socket did nothing for sound quality, adding an unwelcome shrillness to the sound in my headphones. The integrated speakers are cleverly placed underneath the bezel at the bottom and went surprisingly loud once I upped the volume in the OSD menu, but they’re best suited for really occasional listening.


The USB upstream connector is at the rear, alongside the line-in connector for the integrated speakers. Next to this is a DVI port and next to this is a D-Sub connector. There’s no mention of the DVI port being HDCP compliant, but the widescreen issue means that it’s not ideal for watching HDCP protected content anyway.


At the rear there are grips for keeping the power cables in check – one on the back of the stand and another just above it. This is oddly located in the centre, while the cables you would run though it are actually to the right of it.

The display itself, sits on a simple angled stand with a hinge providing 22 degree of upwards tilt and five per cent downwards. There’s no height adjustment though, not that you would expect it at the price. 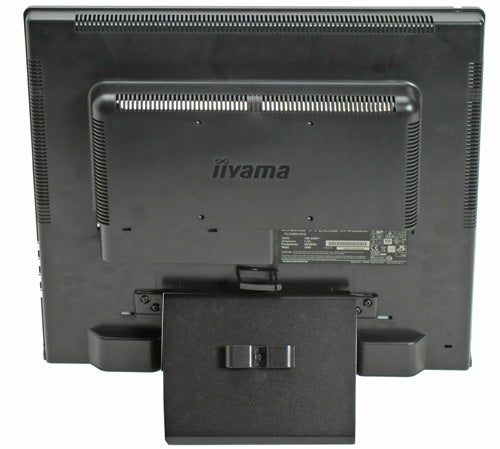 The buttons are set at the side of the screen, which is a good thing as it keeps the front clear but it means that you can’t see them and have to remember what button does what, making the OSD awkward to navigate. I also found the look and feel of the OSD to be rather dated.


Moving in the third menu screen you’ll find the Auto Brightness setting and the Auto Power setting. The Auto Brightness adjust feature was not setup by default and after turning it on, the screen dropped down in brightness quite dramatically, even in a fully lit office. Going into the menu revealed that it was now at 80 per cent, so there’s quite a large gap between that and 100 per cent. IIyama is quoting 400 candelas per inch which is quite a bit more than the 300 that most competing monitors offer. However, when I turn the lights off the brightness didn’t change so I didn’t feel that the auto setting really added much. With Auto Brightness on you can’t control the brightness setting, so if you want to make fine adjustments, you have to turn it off.

The Auto Power Off setting proved to be more immediately impressive. When the sensor detects that there’s no one in front of the screen it turns itself off, and you can set it to do so after either one, three or five minutes. It’s a very neat trick and it does work. There’s something very Star Trek about sitting down in front of the screen and it turning itself on without you even having to touch a key. It’s also a very green thing to do as power consumption goes down from 35W in normal running to 2W in power saving mode, which is very green, though in this mode the light at the side in fact changes to orange.

In terms of picture quality the X486S-B1 was impressive. In Windows the high glare contrast filter was one of the most effective we’ve ever seen, creating really vivid, strong colours and giving a very noticeable smooth and shiny sheen to images. The extra level of brightness definitely helped in an office environment but the reflectivity was still there, which may bother some. This is really a monitor that will look better in the dark. 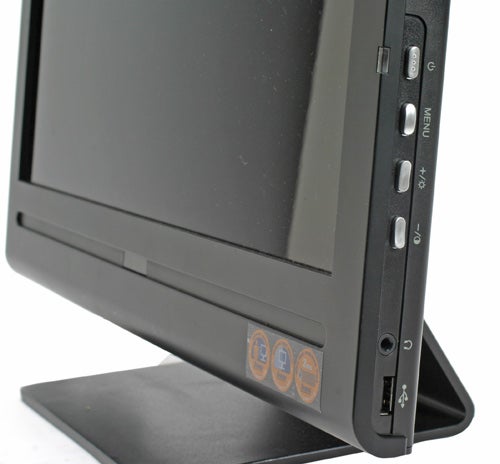 There’s a good range of image adjustment options in the OSD, and you can choose between, 9,300K, 7,500K, and 6,500K colour temperatures as well as sRGB and a custom colour setting. If you need maximum brightness the custom setting really pumps it out, as we proved in our Display Mate tests, which showed compression on the colours on the far right of the colour scales test. However, choosing any of the other settings delivered excellent results, with the 6,500K temperature offering the best balance.


Watching HD material revealed plenty of detail in dark areas giving weight to the claim of a 700:1 contrast ratio, while colours were pleasing natural. In games, such as TrackMania and Counter-Strike: Source the smoothness of the images was unequivocal thanks to the 2ms response time. This low figure is inevitably achieved by the display only offering only 6-bit colour gamut, i.e. 262,144 colours. The Iiyama is able to switch colour states quickly to achieve the very low response time, at the expense of colour range, but IIyama has partially made up for this with the very effective colour contrast coating. In terms of colour fidelity I’d say that in this was the best 6-bit panel I’ve seen. 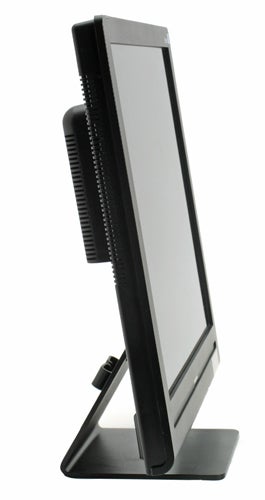 The X486S –B1 then, is a success. While I was willing to dismiss it out of hand for not being widescreen, it excels in all areas. However, when it comes down to it, I personally would still go for a widescreen for a gaming display and feel it may struggle because of it. You may feel differently and if you are happy then you’ll be getting a good display at a decent price. You just may regret losing out when widescreen gaming on the PC is the norm.


The X486S-B1 is a bit of an odd fish. With a high contrast coating, a 2ms response time and nifty design it’s clearly aimed at gamers – but the problem is that it’s not widescreen. This will put many off and prevents it from winning an award. However, if for some reason you’re not bothered by this, you’ll be getting a display that offers excellent picture quality for the price and useful features.