A general refresh of last year’s lacklustre offering, the Huawei TalkBand B2 is the Chinese manufacturer’s second wearable and a direct replacement to the Huawei TalkBand B1. A wrist-based activity tracker with an unusual party piece, the TalkBand’s squat, square body actually pop’s out of the wrist strap to double as a Bluetooth earpiece for hands-free calling.

A Fitbit Flex and Misfit Shine rival of sorts, the TalkBand B2 is attempting to push the already stagnating wearables market into new directions. I went hands-on at MWC 2015 to find out if this new direction is the right one. 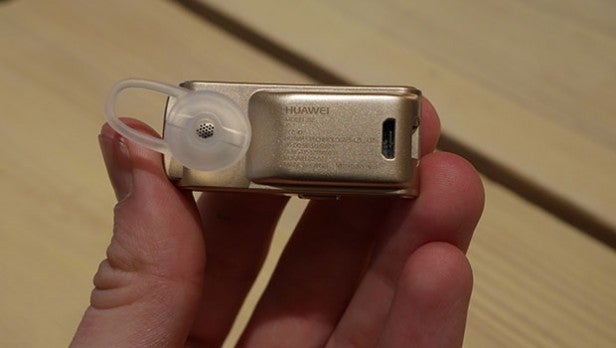 A major step up on its predecessor on all fronts, the TalkBand B2 kicks the differences off front and centre with a major design overhaul. Shipping out the plastic-on-plastic, bulky band on the B1, Huawei has adopted a cleaner, more refined finish. A square, metal body turn earpiece now sits on a stylised rubber or leather strap.

Although a dramatic step up on the look and feel of its predecessor, there is something uncomfortably familiar about the B2’s finish. There is distinct look of the Withings Pulse O2 about it. The square body is a near carbon copy of its blood oxygen level reading rival.

Delve beneath the surface, however and the differences stop. Pinch the two release buttons either side of the body and a Bluetooth earpiece is revealed. Again this has been dramatically improved over the original B1. The soft silicone earpiece is comfortable and offers a secure fit. 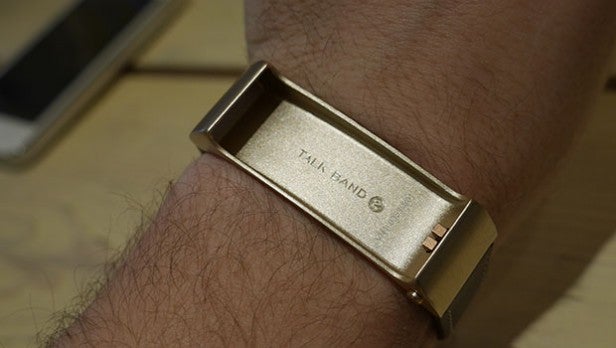 Unlike the simple push button release of its predecessor, I found this new pinch to access latch slightly awkward and fiddly. This isn’t the B2’s only design shortcoming either. My major gripe with the device’s finish is what’s left on your wrist when the Bluetooth earpiece is in use. A strap with an unsightly void of metal and plastic is not the most stylish of wrist accessories. Fortunately, this should only be blighting your wrist for the duration of a call.

Water and dust resistant to IP57 standards, there will be three B2 colour options available at launch. While the black and silver bodies are paired with rubber straps at various stopping points along the greyscale, the business-bling gold offering – a personal favourite – is enhanced by a leather band.

This is where I see Huawei having come closer to what this concept needs to be – a stylish, business-orientated accessory. The Withings Activité this is not, however, and although having added an aura of premium appeal, this is far from a luxurious device. 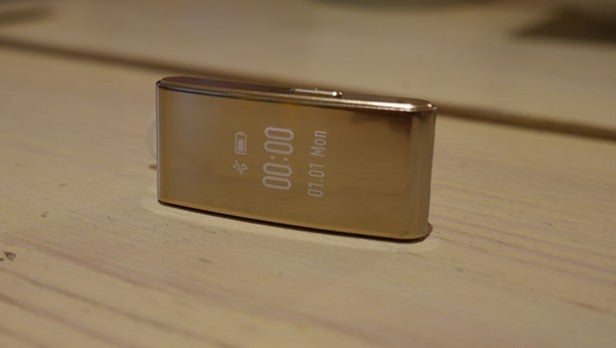 In terms of performance, the addition of a 0.73-inch touchscreen panel has made the Huawei TalkBand B2 a far more intuitive device than its predecessor. Where before a single physical button presented a clunky means of navigating menus, simple swipe controls are now available.

Visually impressive this isn’t – graphics are basic and pixel-based – but performances are strong. The PMOLED panel was bright and responsive to touch. 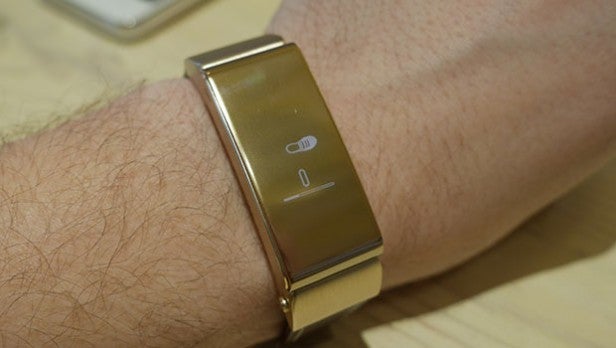 As with any activity tracker worth its weight, the TalkBand B2 is capable of capturing all the usual data metrics, from steps taken and distances covered to calories burned and even your sleep patterns.

These results should be far more accurate than on last year’s model too. With the B2, Huawei has paired the already integrated accelerometer with an additional 6-axis gyroscope. Why this standard practice wasn’t adhered to last year is beyond me, but the addition of the second stage sensor is a welcome one.

Capable of displaying data on the device or through the synced TalkBand app, the B2 is compatible with both iOS and Android handsets.

Due to our limited time with the device, we’ve yet to properly test the sensors’ accuracy. We will offer a more detailed look at the B2’s activity tracking credentials in our full review, coming soon. 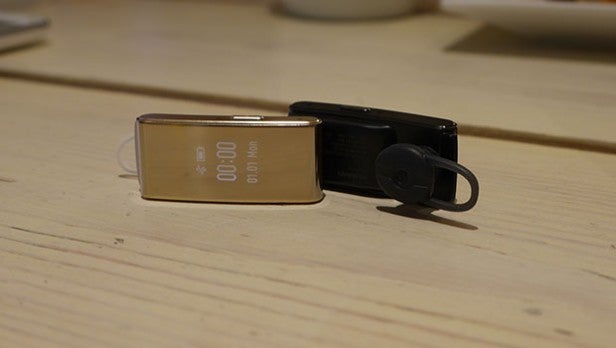 Given its hybrid status, the TalkBand B2’s features list isn’t restricted to activity tracking improvements. The device’s call handling capabilities have also been enhanced by the introduction of a Bluetooth 4.1 connection and dual-mic noise cancellation.

Ensuring your work/life balance is not marred by battery concerns, Huawei’s wearable features a 90mAh battery. Able to be recharged via the integrated microUSB port – there’s no annoying proprietary chargers here – this power pack should offer 5 days of standard use and up to 7 hours of call time.

Again we have yet to validate these claims ourselves but will address the device’s staying power in our upcoming full review. 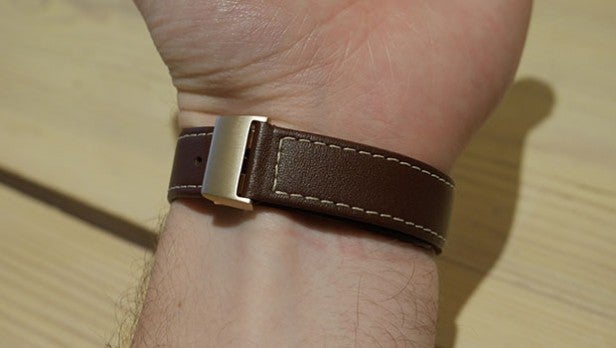 Although I applaud Huawei for trying something different in a market of increasingly carbon-copy devices, I’m still not convinced this is filling a gap. The TalkBand B2 is a major step up on its predecessor, however. It is what the B1 should have been.