What is the Nike Fuelband SE?

The Nike Fuelband SE is the activity tracker follow-up and replacement for the Nike Fuelband. It’s far less radical an upgrade than we had hoped, however, which could prove troublesome given there’s so much more competition now.

The main improvements concern the average battery life and the inability to automatically sync data, which has now been solved with the addition of Bluetooth 4.0 LE. Nike claims to have improved the algorithims used to monitor activity, too, so as to stop users from cheating the system. Do these improvements, and an upgraded mobile app, add up to enough for current owners to upgrade? 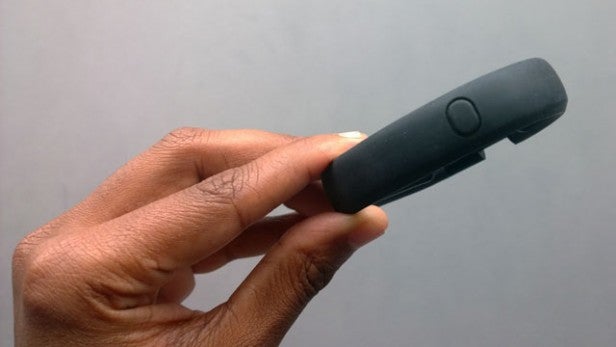 There was actually very little reason to drastically overhaul the Fuelband’s design so we are glad Nike decided against ringing the changes. It still has the same low-key soft matte black finish where the clasp is now black instead of silver. You can now have splash of yellow, pink or red in the inside of the Fuelband, though it seems pretty pointless when it’s going to be concealed for most of the time.

It still makes a great watch replacement now that all you need is a
simple double tap on the button to show the time instead of scrolling
through the different displays.

There’s the single black button to skip through the white LED display with the 25 coloured LED array just below to indicate progress towards meeting that daily Fuel point goal. 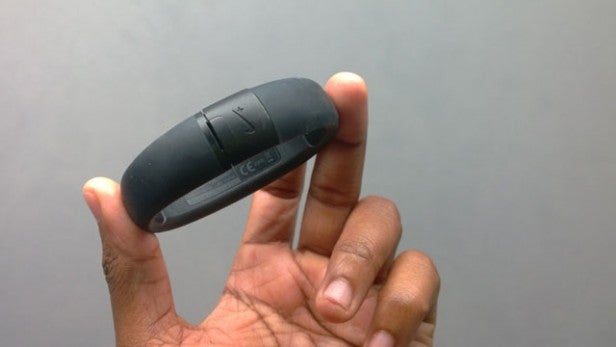 Nike says there’s an ambient light sensor that gets brighter in brighter environments and while we can’t really say we noticed that, it’s definitely clear enough to see in most conditions.The built-in USB 2.0 is still intact so you can plug it straight into a PC, Mac or most USB chargers so you don’t have to revert to the dedicated USB charging cable.

The SE has a more water resistant design, which means it’s suitable for running in the rain or taking a shower but it’s still not made for swimming. It’s a little bit of a disappointment considering the Fitbit Flex and Misfit Shine can be taken for a dip. Clearly the obvious gap between the clasp and integrated USB port is the stumbling block from making the Fuelband swim-friendly.

Whether you go for the small (27g), medium/large (30g) or extra large (32g), it’s still extremely comfortable and lightweight to wear throughout the day and night. In the box there’s an additional link you can add to improve the fit and a sizing tool to loosen the already included link. 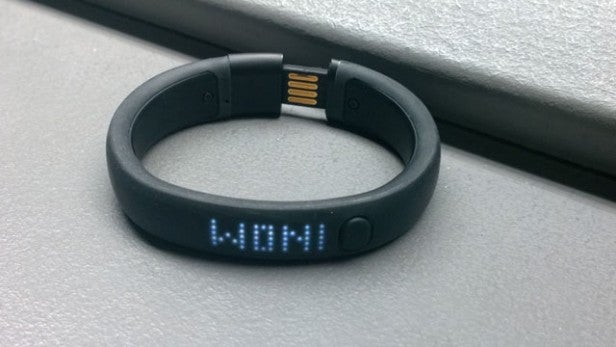 At the heart of the Fuelband’s tracking ability is a built-in 3-axis accelerometer to deliver the instant feedback on daily steps, calories burned and Nike’s activity metric currency, Fuel points. Collecting Fuel points is all about the idea of trying to ‘gamify’ the experience by making everything you do count towards getting fitter. Whether it’s walking to the shops or running five miles, it’s all about yesterday’s score or outperforming a friend on Facebook.

There’s two new features that feed into creating the more competitive element. First up is ‘Win the Hour’ which essentially aims to get you active every hour of the day for just five minutes. The LED display flashes up with the encouraging message telling you to, get up and go. Alternatively, a notification with a similar sentiment will pop on your iPhone. If you don’t see the message flash up it’s easy to go unnoticed and a little vibrating feature would have been more useful to help prompt users into action.

Next up is Sessions. This is a way of helping you filter out the more intense activities in your day to help consider the Fuelband SE as being more than simply a pedometer. To activate Sessions, you can initiate it from the Fuelband app or by simply holding down the button on the Fuelband SE for a few seconds and waiting for the LED display to flash up with the message to Start. Another tap begins the countdown and you’re off. 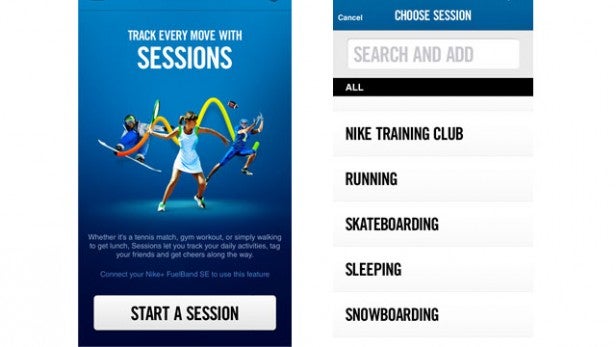 You can review progress of the session on the Fuelband to see FPM (Fuel points per minute), total Fuel points and time elapsed. Once the session is over, you can tag the activity in the Nike Fuelband app, but there’s no way to review Sessions data on the Fuelband itself. By tagging the activity in Nike’s catalogue of activities an amount of Fuel points will be allocated and you can decide how intense you worked in that session. The idea is to give a more accurate account of data for activities like cycling, yoga and even gaming. 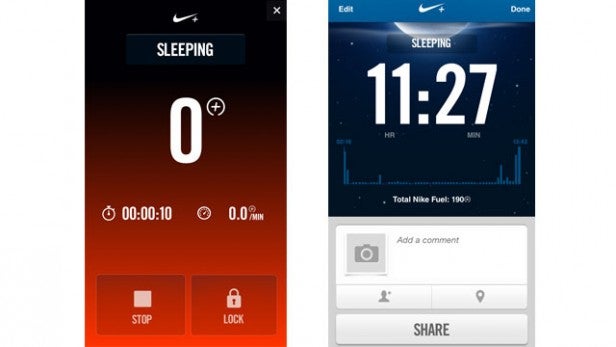 One of the most interesting features that have popped up in rival fitness trackers from Jawbone and Fitbit is the ability to track sleep. Getting a good night’s kip is as vital to a healthy life as the amount of miles you put in on the treadmill. Nike adds the ability to monitor sleep quality through the new Sessions feature.

It’s activated just the same way as any other Session activity is, the trick though is to remember when to turn it off when you wake up. On more than a few occasions we left it running. It’s questionable how useful the data generated is and it almost feels like Nike has done a half-hearted job with its sleep tracking.