What is the Huawei Mate 9?

The Huawei Mate 9 is an unashamedly big phone, and that’s becoming an increasingly rare thing since the demise of the Samsung Galaxy Note 7.

For the albeit pricey RRP of £600 you get a huge screen, beefy battery, brand-new CPU and plenty of storage and RAM. It’s also now available on contracts from Three in the UK, and sim-free in the US. It’ll be getting an update to add Alexa voice smarts later in the year too.

But while there’s plenty to like here, a few of Huawei’s annoying issues continue to make an appearance.

If you’ve seen a Huawei phone from the past 18-months then the Mate 9 will be familiar. It’s a well-built device, but one that struggles to really excite.

It’s made completely out of metal, with a lovely curved back that helps it feel manageable – despite the fairly hefty 5.9-inch display. It’s certainly large, but it’s no bigger than an iPhone 7 Plus, which has only a 5.5-inch screen. It feels strangely light too, which again helps it feel good in the hand, even for long periods. 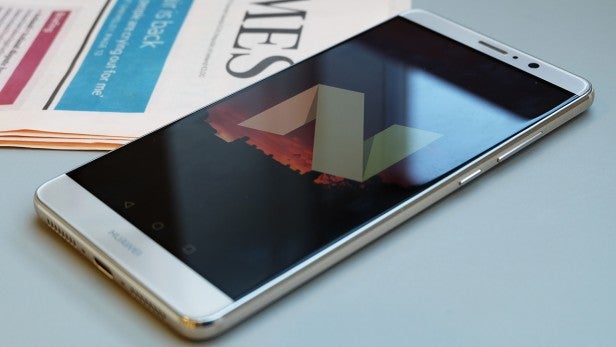 Huawei has worked wonders with the ergonomics here, and if I didn’t know the screen was 5.9 inches, I’d have guessed it was much smaller.

The circular fingerprint sensor sits on the rear of the device, just below the camera and as is the case with all Huawei’s phones it’s both supe- fast and accurate. Out of 50 attempts, the scanner correctly unlocked the phone on every occasion. It’s a little small though, which can sometimes make it tough to hit.

While the design is functional, there are easily better-looking phones on the market. I’d have preferred for Huawei to use the blueprint of the Mate 9’s flashier and Porsche-designed sibling. This has slightly curved edges and looks far similar to the Galaxy S7 Edge.

Flanking the USB Type-C port on the bottom are some fairly standard speakers offering decent volume, but almost no detail, and there’s a headphone jack on the top. I’m not overly fussed about this classic connector’s demise, but I’d rather have it present unless there’s a good reason for it not to be there. 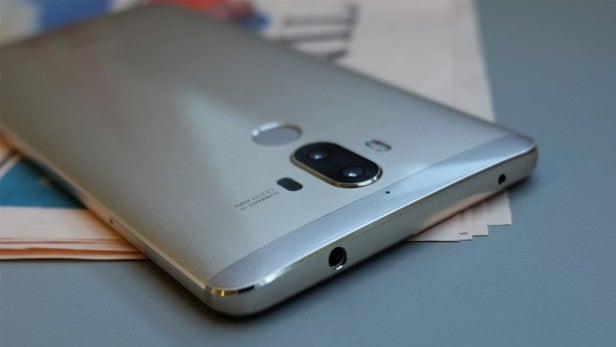 The unit sent in for review was of the nicest shade of gold that I’ve ever seen on a phone, but a pink, black and two combinations of silver and white are available too.

In the same way that megapixels don’t make a great camera, having the highest-resolution possible display doesn’t always guarantee a superb screen.

I was a tad disappointed when I first heard the Mate 9 would feature only a 1080p screen, especially when so many cheaper phones are now including quad-HD panels. In reality, however, this is still a gorgeous display – and the lack of the tip-top resolution hasn’t bothered me in the slightest.

I’ve been using it alongside the Porsche-designed version of the Mate 9, which has a quad-HD display, and I’ve found that in plenty of situations I’m of the opinion that the 1080p version is actually better. 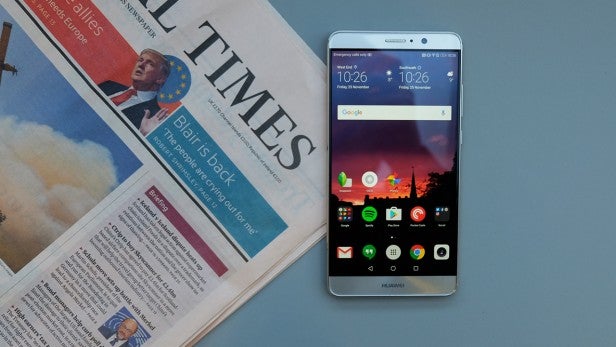 Colours are bright without being oversaturated, and deeper shades, such as reds, blues and greens, are lovely and rich. Since it’s an AMOLED panel, blacks are inky and it makes for a superb media experience.

Viewing angles are fantastic, as is brightness – although it can’t quite match the Note 7 for sheer nits. Auto-brightness is smooth, something that’s rare, even on the top-end Android phones.

One minor issue that could arise from the resolution is how the phone performs when it’s placed into a Daydream headset, but I’ve yet to test this as right now the support is lacking.