Porsche Design Huawei Mate 9: Huawei’s future is in this phone

The Porsche Design Huawei Mate 9 is a phone you probably won’t buy. Most people shouldn’t even consider it. Why? Well, because it costs over £1,000.

But it’s actually a fantastic phone – and probably what the Huawei Mate 9 should have been. It shows just how far Huawei has come in a few years, and is hopefully a sign of things to come on both the P10 and Mate 10 devices.

The Porsche Design Huawei Mate 9 isn’t really anything like the normal Mate 9. It’s smaller, slimmer and less focused on the business user. It’s actually a rebadged Mate 9 Pro – a phone that was quietly released by Huawei in Asia late last year.

I’m going to gloss over many of the specific Porsche Design “extras” here, because there are more interesting parts to cover. 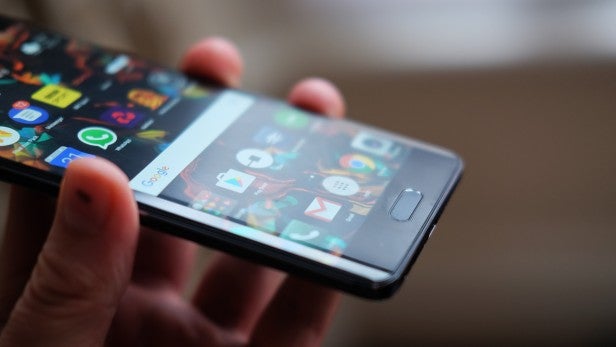 The Mate 9 Pro/Porsche Design Mate 9 is the first Huawei device to come with a quad-HD display, and a pretty fantastic AMOLED one at that. It’s ever so slightly curved – nowhere near as much as the one on the Samsung Galaxy S7 Edge, though – which gives it a futuristic look.

It’s a superb panel that’s noticeably sharper than the 1080p screen on the Mate 9, but not at the expense of colour accuracy. Blacks are inky, reds are bright – and at 5.5 inches, it isn’t quite as overwhelming as the 5.9-inch panel on the Mate 9.

Huawei has also tightened up and – importantly – pushed forward its industrial design. The rounded rear of the Mate series is starting to look tired, so it’s good to see that it’s been ditched in favour of a brushed metal that looks unique and adds more grip.

The decision to add a curved display also helps Huawei to slim down the bezel, and cram more screen real estate into a more compact body. The Porsche Design Mate 9 is appreciably smaller than the Google Pixel XL, even though they both have the same-sized screen. As a result, it’s manageable in one hand.

In a move that puts a smile on my face, Huawei has switched the headphone jack to the bottom of the device. The headphone jack should always be on the bottom, no exceptions. (Editor’s note: A quick straw poll revealed that the majority of the TrustedReviews team disagrees with Max on this. He’s unrepentant, though.)

The fingerprint sensor is on the front now, as opposed to the back, and is embedded inside a new capacitive button. It’s flanked by glowing “back” and “multitasking” keys. An odd move, especially as it seems long-time “front-button champion” Samsung looks to be switching to the back for the Galaxy S8. Physical buttons are made redundant by Android soft-keys and the rear feels like a much more natural place to have the fingerprint sensor. 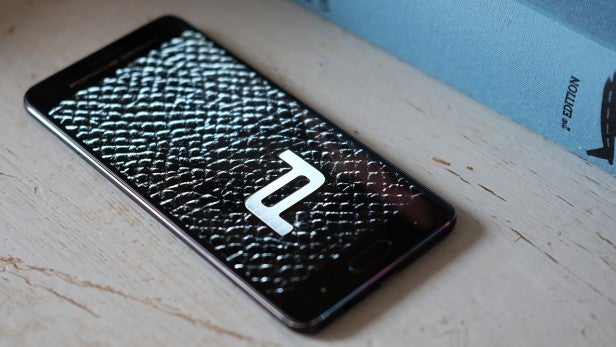 The Porsche Design Mate 9 is powered by the excellent Kirin 960 CPU, which finally offers up an efficient and powerful alternative to Qualcomm’s high-end processors.

In the past, I’ve criticised Kirin CPUs, most notably for random lags in performance and unpredictable behaviour. With the Porsche Design Mate 9, Huawei finally appears to have achieved the right balance of performance and software.

A ridiculous 256GB of internal storage is accompanied by 6GB of RAM. The latter doesn’t really add much, but more RAM is always nice. There’s no microSD card slot, however, which is fine given the generous storage – but hopefully this is something Huawei will consider adding going forward.

Related: Huawei P10 – What we know

A feature that hasn’t been altered for the Mate 9 Pro/Porsche Design Mate 9 is the camera. As such, you get a 20-megapixel monochrome sensor, which captures detail and helps low-light performance, plus there’s a 12-megapixel RGB sensor that grabs all the colour. 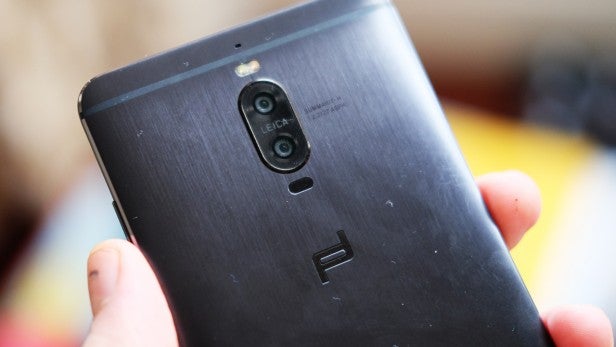 It’s a capable camera that’s crammed with modes that work with varying degrees of success. Surprisingly, the Variable Aperture mode is super-impressive, allowing you to achieve silky background bokeh with little effort. It doesn’t work every time, but it’s more reliable than the Depth Effect mode on the iPhone 7 Plus.

It can’t quite match the Google Pixel and Galaxy S7 for overall picture quality, though. This is partly because its narrower f/2.2 aperture struggles when light isn’t perfect. Still, it isn’t far off.

The Porsche Mate 9 isn’t a phone you should buy. It’s an extravagant piece of branded tech that doesn’t really do anything to justify its price tag.

But, it signals a lot of interesting new directions for a company that’s been staunchly predictable over the past few years.