Under the metal body of the Huawei Mate 9 is some serious power, and in the majority of situations it delivers impressive performance.

As is usual with Huawei, the company has opted for a CPU that’s been built in-house, rather than something from, say, Qualcomm or MediaTek. These CPUs have been in little hit-and-miss in the past, but the new Kirin 960 used here is one of the more reliable.

The Kirin 960 is a high-performance chip that uses four of ARM’s new Cortex-A73 cores and four low-powered A53 cores. It also happens to be the first processor to ship with the Mali G71 MP8 GPU, which should offer up better gaming performance and graphics thanks to a quoted 180% speed increase over the outgoing T880.

Day-to-day performance is ace, and the improvement to the GPU is noticeable in higher-end and more intensive games. Asphalt 8 looks and plays great, with fast loading times and zero frame-rate drops. This decent performance is also helped by the lower-res display, meaning there are less pixels for the screen to push around. 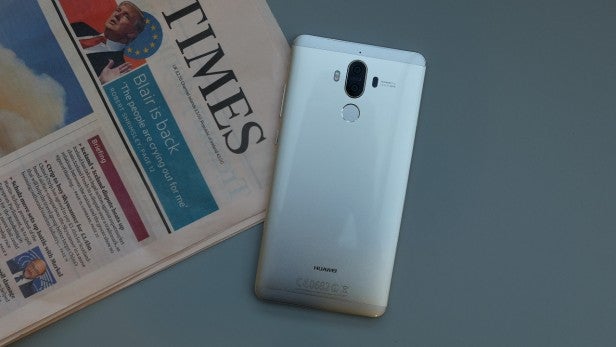 There are some slight judders, however – although I suspect most of these are software-related since they’re so infrequent and random. I had some trouble running our usual suite of benchmarking tests here, with Geekbench 4 crashing and AnTuTu failing to complete. But this shouldn’t sway your decision; to be honest, mobile benchmarking tools are fast becoming obsolete.

There’s a healthy 4GB of RAM included, so apps will stay in memory longer and therefore won’t require constant reloading. Another bonus is the 64GB of storage, which can be expanded further with up to a 2TB microSD card.

Call quality is fantastic, with the noise-cancelling mics able to do a decent job of shutting out background sounds. Both Wi-Fi and network reception are equally impressive, something I’ve come to expect from Huawei.

If you’ve read any of our previous reviews of Huawei handsets then you’ll probably have noticed a theme: a constant lambast of the software.

Huawei’s EMUI has long been the worst Android skin, for reasons that include an awful notification shade, ugly apps, failure to properly integrate Google services and so much more. 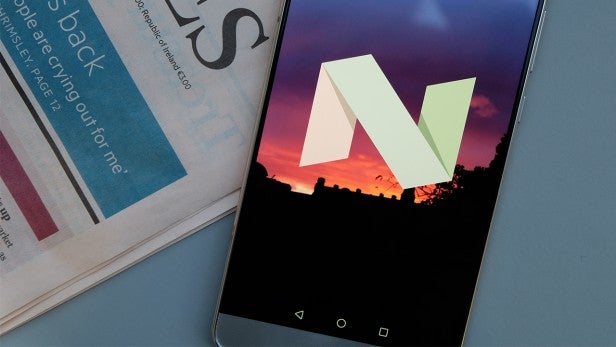 Surprisingly, in the Mate 9 Huawei has finally changed its approach to software – and for the most part it’s a success.

First, there’s now an app drawer (rejoice!) so all your downloads no longer have to be splayed out across homescreens. There’s a redone notifications shade too, which is a huge improvement, and most of Huawei’s own apps have a much fresher, less iOS 5 feel about them.

My most favourite change is that Huawei has finally acknowledged Android 7.0 Nougat’s native features, opting to use them over its own versions. Split-screen multitasking on the Mate 9 works as it does on the Pixel, rather than Huawei’s own janky solution, and instead of continuing with its own virtual reality, the Mate 9 will be one of the first handsets to support Daydream it becomes more widely available.

Many of the new features are under-the-hood, and most of them won’t become apparent until you’ve been using the phone for an extended period.

There’s some machine learning going on that should help keep things running smoothly – even when you’ve built up a load of junk – alongside battery management too, so in theory the cell in the phone should last longer.

To be honest, I’ve yet to find such features that actually work, so it will be interesting to see whether these claims are in fact true. 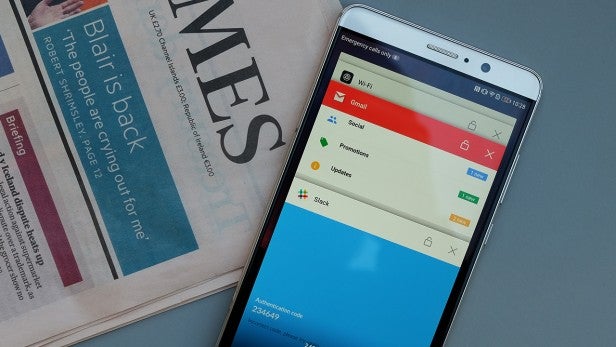 Some of Huawei’s choices remain baffling, however. While one of the best features of Android is easily setting your default apps, it’s made oddly difficult in EMUI. Even when I choose something other than a Huawei app, it often kicks me out and changes the settings back.

In addition, the annoying messages about apps consuming too much power continue to incessantly pop up, but they’re at least easy to dismiss.