What is the Huawei Fit?

It’s becoming increasingly difficult to stand out in a sea of fitness trackers. Really, the Huawei Fit doesn’t do much to even try. Its feature set is what you’d expect of a fitness tracker at its price – namely an accelerometer and gyrometer for activity and sleep tracking, and a heart rate sensor on the back.

It’s also water resistant to an IP68 rating, so will happily go for a swim or in the shower. It promises up to six days of battery life – although my actual experience was far from this – and has an always-on-display for its watch-like face.

Yet for all of this, the Huawei Fit still feels very much like a by-the-numbers fitness tracker that covers the basics without really asserting itself in a crowded market.

Huawei’s opted for a discreet, round watch design for the Huawei Fit. Some might find the minimalist styling a little uninspiring, but I rather liked its subtlety. Its industrial chic is far removed from the similarly shaped Withings Go, feeling far more premium and better resembling a traditional watch.

There’s a choice of colours, including a black band with black watchcase and either blue or orange bands alongside a silver watchcase. You can also choose either small or large watch straps, although the orange model only comes in small. For what it’s worth, I was sent the large size for test and it still fit my small wrists on the smallest size. 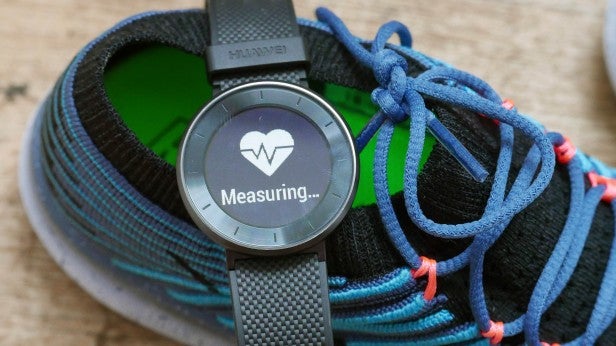 The black model’s strap is relatively thin, with a nice amount of flexibility and some texturing to it that almost resembles carbon-fibre weave. It’s the only real piece of visual flair on the Huawei Fit. You can also swap it out for a standard third-party 18mm strap if you want.

It’s a conventional buckle-style watch strap, which I generally prefer to the button-clasp systems used by the likes of the Fitbit Flex 2 and Misfit Ray. There’s no worry the Huawei Fit will come off your wrist in the middle of the night. 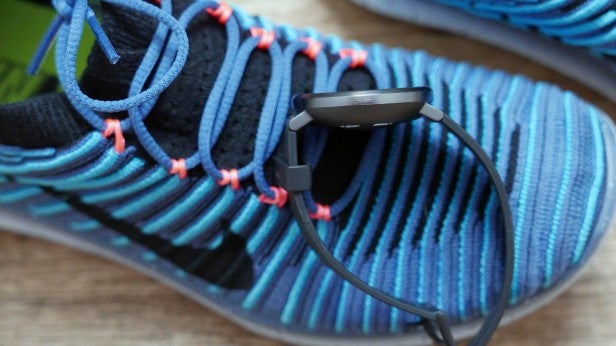 The Fit weighs only 35g and it sits relatively flat against your wrist. I never had any issues with comfort or sleeping with the device on my wrist.

The Fit has a 39.5mm watchface, housing a monochrome 1.04-inch, 208 x 208-pixel memory LCD touchscreen. The display doesn’t go right to the edge of the watchface, as there’s a slight bezel around the edge, which also shows subtle hour markings.

The display has a backlight that turns on when you rotate your wrist or touch the display. 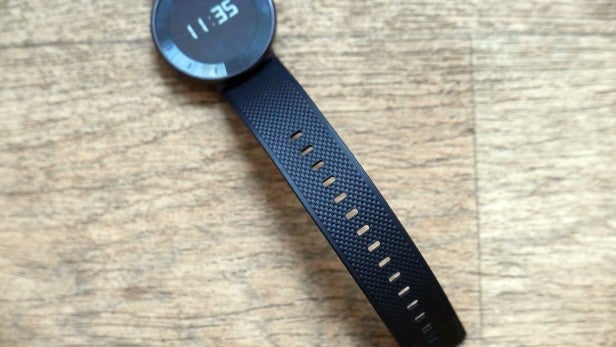 Frustratingly, I couldn’t find a way to turn off the illumination when it lit up at inopportune times, such as when I was sat in a darkened theatre. A palm-over gesture would have been welcome to turn the backlight off, which is available on many other devices.

As it’s an always-on display, the customisable watchface can display the time permanently on the screen, meaning it functions perfectly well as a standard watch. There are six watchfaces you can choose from and you can change design from the Fit itself. 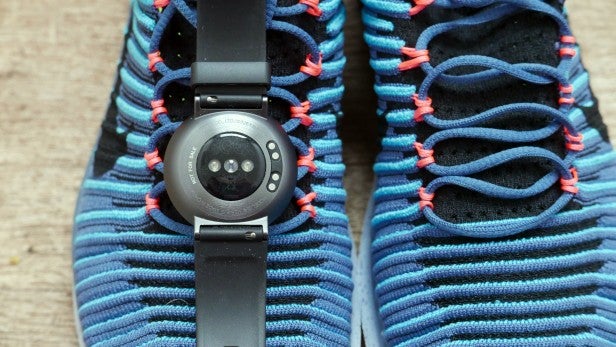 Some watchfaces show additional information in subdials, such as steps taken and calories burned, alongside the time. The default watchface has a shortcut to workout tracking at the top, but I found I kept accidentally triggering workouts, so I opted for another.

Interacting with the display is done through swipes and taps, and it generally works without a hitch. That is, until you try to use the touchscreen with damp or sweaty fingers, when it becomes a little more hit-and-miss. The gyroscope inside also lets you flick your wrist to change screens, which is designed for use while exercising. I found it worked more often than not, but not perfectly.

As is standard with all fitness trackers, the Huawei Fit is designed to work with a companion app, which is available for Android and iOS devices. Setup entails simply installing the app and pairing the Fit over Bluetooth.

Your activity syncs with the app as you would expect, and you can also use the app to configure certain settings such as smartphone notifications. The Huawei Fit can mirror your phone’s notifications, and you can decide which apps should be forwarded to your wrist, delivered with a vibration.

While notifications are shown on the display, they’re not always displayed in the most attractive or legible way. If an app gets multiple notifications, they can also be grouped together to tell you there’s more than one notification from that app, but not actually show you the individual notifications. 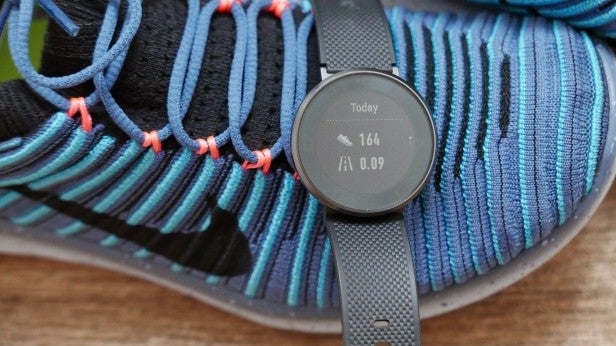 It’s far from the best notification implementation I’ve seen, especially as there’s no way to respond or interact with them like you can with the far more smartwatch-like Samsung Gear Fit2.

The app also lets you turn on the vibrating alert to tell you the Huawei Fit has disconnected from your paired smartphone. In the past I’ve often turned this on as a quick and easy way to be alerted if I forget my phone somewhere. However, with the Huawei Fit, I’d often get the alert unnecessarily, even when my OnePlus 3T was right next to me and well within Bluetooth range.

I’m not sure if this means that the Huawei Fit’s Bluetooth is unreliable or if this was a bug, especially as I never encountered problems syncing data when I opened the app. In any case, I had to turn this function off, as the regular vibrating was very annoying and also meant that I got confused with the Fit’s hourly move alert for when I was sedentary too long.