I was wearing the Huawei Fit over the Christmas period, which meant a broad breadth of activity levels ranging from sitting in front of the telly for 12 hours, to a few 10km runs to brush away the cobwebs.

I found navigating the Huawei Wear app a little more complicated than I would’ve liked. It’s not obvious how to find your way around or get to historical data. There’s also occasionally suspect English, which takes the gloss off the app somewhat.

Where it came to the most basic of step counting, the Huawei Fit was right where I expected it to be – certainly in the consistency of measurements between my low-level and moderate-level activity days.

I also wore the Huawei Fit to sleep and found its sleep tracking is accurate when it comes to duration. However, the Fit only breaks your sleep pattern down into Deep Sleep and Light Sleep alongside any interruptions. A little added depth wouldn’t have gone amiss but for giving a general overview of how restless your sleep is, it does its job. 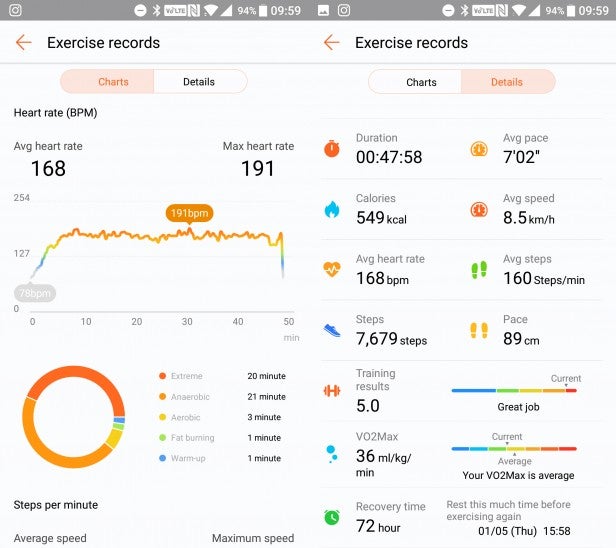 It’s when it comes to more strenuous exercise and activities that the Fit begins to fall down slightly. At present, it only supports walking, running and cycling, and you’ll have to trigger each of these activities manually, as there’s not the intelligent exercise tracking found on many of Fitbit’s trackers that automatically kicks in once it detects the necessary movement.

During an exercise, you get the usual array of information on the Fit’s display, including duration, pace, distance and heart rate – all useful stuff. It was just slightly annoying to struggle swiping across displays with cold or sweaty fingers, which I guess is why the wrist-flicking gestures are also included.

As for the Fit’s accuracy when it came to distance, it was unfortunately quite off the pace due to its lack of GPS. Compared to the GPS data from my OnePlus 3T and corroborated by the GPS in my running companion’s iPhone 6, the Huawei Fit only reported a distance of 6.82km, compared to the 8.44km reported elsewhere. I found the Huawei Fit sold me short on a number of other runs as well, albeit consistently so.

Consistency is one of the fundamental requirements of a good fitness tracker, so those who aren’t too fussed on distance measurements to the precise metre might not necessarily mind so much, but one of the selling points of the Huawei Fit and its app is its Training Plan element. 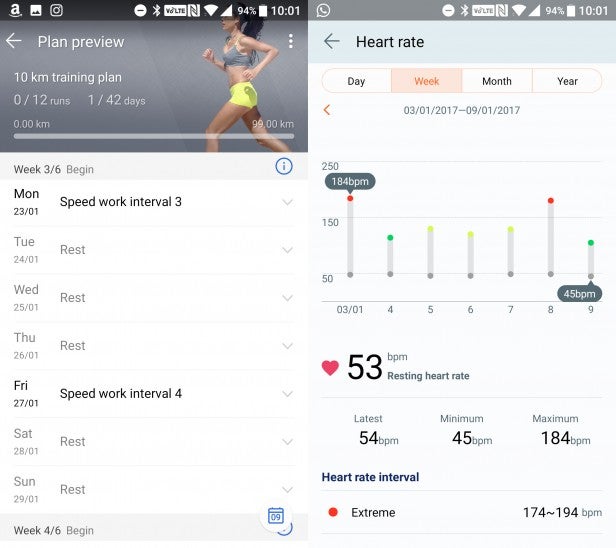 These are generated training plans designed to get you ready for 5km, 10km, half marathons or full marathons. Obviously distance is going to be important here to make sure you’re able to cover those distances, so the Huawei Fit’s inability to accurately measure distance without GPS becomes somewhat of a sticking point.

The actual Training Plan aspect is actually respectable, although not quite up to the standard of the Jabra Sport Life app. It will tell you, day by day, what you should be doing or how you should be running, whether that be for pace or distance.

Your post-run analysis will also give you useful data such as estimated recovery time and your VO2 Max, which is the volume of oxygen you’re able to use. You’re compared against other similar people and given a rating.

The Huawei Fit’s heart-rate measurements weren’t far off the Jabra Elite Sport I had in my ear during my run. It was a little slow to catch up during interval-based work but was otherwise one of the better wrist-based monitors I’ve worn. Its resting heart-rate measurements were accurate, which is handy for anyone wanting to keep tabs on their improving cardiovascular health. 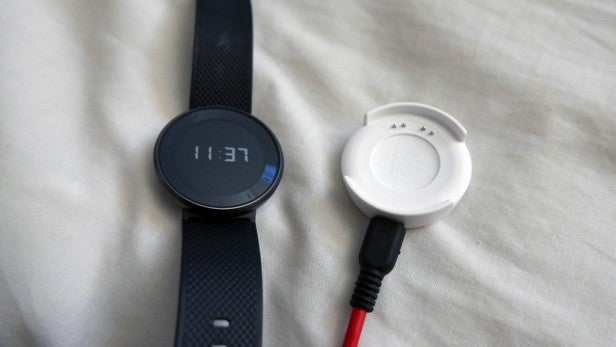 Huawei claims the Fit can last up to six days on a single charge. I found it was significantly less than this. Even with notifications turned off, I’d be lucky to get to four days of general activity and sleep tracking, even without tracking any actual exercise. Turning on the notification mirroring, I saw this drop to as low as just scraping two days of battery life.

The Huawei Fit is charged by attaching it to its magnetic dock, which uses a Micro USB connection and takes around 90 minutes to fully charge.

Should I buy the Huawei Fit? 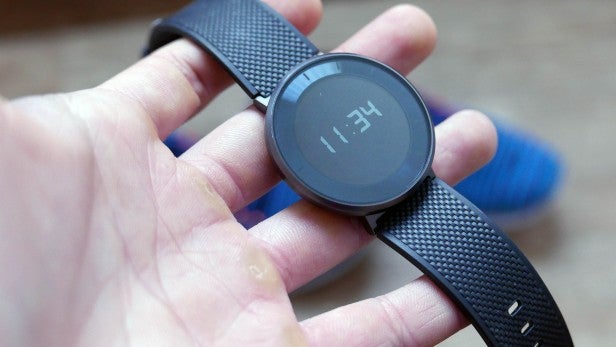 Ultimately, the Huawei Fit generally does what it sets out to, but in a rather uninspiring way. There are better alternatives out there, such as the Fitbit Charge 2, which costs around the same amount of money but has a more fleshed-out supporting app with social elements that are lacking with the Fit. The Charge 2 also has better battery life, but not the water resistance and traditional watch design of the Huawei Fit.

Then there’s the Samsung Gear Fit 2 if you’re willing to stretch your budget and want better smartphone notification support and GPS.

In the end, while the Huawei Fit checks a lot of boxes, there are enough shortcomings to make it a difficult recommendation against rivals.

The Huawei Fit is a by-the-numbers fitness tracker that only just treads water in a sea of rivals.