What is the Samsung Gear Fit2?

Considering it’s taken months for the Samsung Gear Fit2 to finally cross the pond, it wasn’t with the highest of expectations that I first slapped it on my wrist. Following two weeks of use, however, I’ve come away impressed. It’s definitely the best fitness wearable Samsung has produced.

Like the Fitbit Blaze, it’s a more advanced fitness tracker that looks to deliver smarts beyond the simple notification mirroring available on basic wearables.

With GPS, a heart rate monitor and Samsung’s Tizen operating system running swiftly, the Samsung Gear Fit2 is a fantastic tracker for anyone wanting the best of both worlds. 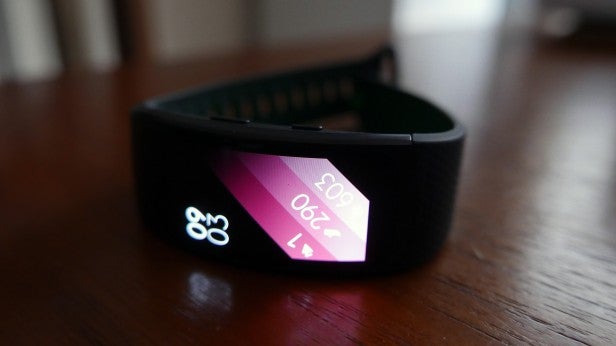 The design of the Gear Fit2 hasn’t changed much from the original Gear Fit. There’s still a big vertical 1.5-inch curved super AMOLED screen, which is one of the best you’ll find on a fitness tracker. It’s colourful and sharp, with a 216 x 432 resolution.

It’s bright, too, and there’s an outdoor mode that literally dials up the brightness to 11 – although this is only for a maximum of five minutes.

The Fit2 feels great and super-responsive to your taps and swipes. Similar to Samsung’s other Tizen-powered smartwatches – such as the Gear S2 and Gear S3 – the Gear Fit2 has two navigation buttons along its edge. One takes you to the apps menu and the other navigates back.

The Gear Fit2 is available in either a large or small size, based on the size of your wrist. Unlike the Gear S3, two size bands aren’t included so you’ll need to choose accordingly.

You also have a choice of either black, blue or magenta band finishes. The black I was sent in for review was a little utilitarian, but nevertheless looks elegant enough as far as fitness trackers go. 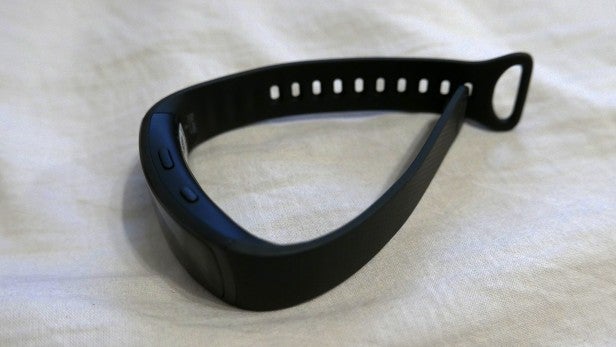 The strap pops off with ease and uses a button fastening system that isn’t too dissimilar to what you see on some of Fitbit’s trackers – the recent Flex 2 for example. During the fortnight of testing, I did find that the strap came loose overnight – but that seemed to be an isolated incident.

It’s otherwise decently supple and comfortable to wear throughout the day. It also doesn’t become too mucky or grubby after a workout.

In addition, the curved display sits comfortably against your wrist, conforming nicely, which isn’t something that can be said of the similarly shaped Microsoft Band.

Since the Gear Fit2 is IP68 rated, you’re safe to wear it in water to depths of 1.5 metres for 30 minutes. You won’t need to remove it to shower, either. In my opinion, every time you take a fitness tracker off there’s a chance you won’t put it back on – so the fact that you don’t have to here is very welcome.

Pairing the Gear Fit2 is straightforward: simply install the Samsung Gear app and various plugins for Android. You’ll also be prompted to install Samsung’s S Health app, which will manage the fitness-tracking side. 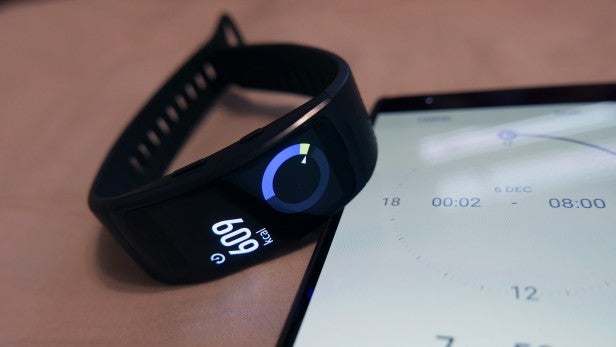 You don’t need to be using a Samsung Galaxy smartphone, which opens the door to far more fitness fans than the original Gear Fit. Any Android device with more than 1.5GB of RAM and running Android 4.4 or newer will be able to pair the Gear Fit2. Unfortunately for iOS users, there’s still no support for iPhones.

While the Gear Fit2 pairs with your smartphone over Bluetooth, it also has Wi-Fi connectivity and your network details are automatically passed over from your smartphone.

What makes the Fit2 great as a fitness wearable is its GPS for more accurate distance tracking, the optical heart rate sensor on the rear, and a barometer inside that can keep track of the stairs you climb. I found all of these were super-accurate, too.

Taking the Gear Fit2 on my usual run, the distance measurement was on a par with the TomTom Spark 3. The heart rate monitoring was a little erratic, having jumped temporarily to a rather high 200BPM, but its average heart rate wasn’t far off what I saw from the TomTom Spark 3 and Wahoo Fitness Tickr X. 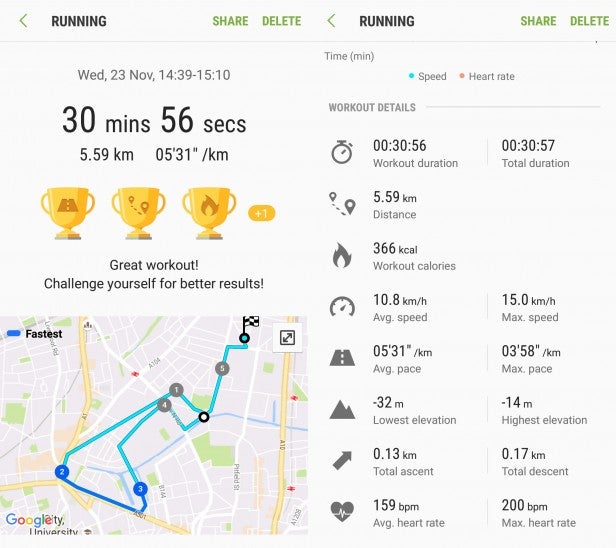 The heart rate monitoring certainly performed more consistently for me than the Gear S3 I was testing at the same time. The manner in which the Fit2 conforms to my wrist certainly helped. Resting heart rate measurements taken throughout the day and overnight were also consistent with other trackers.

The only minor annoyance was that the post-workout screen on the Gear Fit2 quickly disappears and I couldn’t find a way to bring it back up. You can always just check the S Health app on your phone, so it isn’t the end of the world.

There’s automatic exercise tracking for running, cycling and the elliptical machine, and a new software update means it can auto-pause whenever you stop, which is useful.

Also available is a range of bodyweight exercises you can trigger from the Fit2, and new movements such as star jumps have been recently added. Unfortunately, I found the automatic rep counting a little spotty. Sometimes, no matter how exaggerated my star jump or squat movements, the Fit2 would fail to recognise a rep. 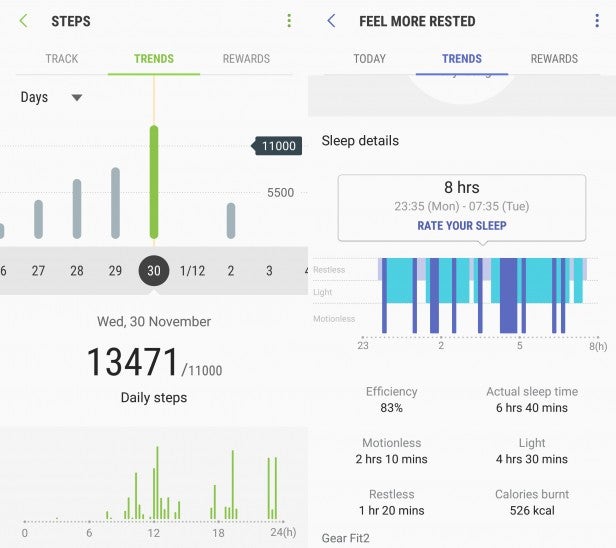 As an everyday activity tracker, the Fit2 does a good job of keeping you informed and motivated. Prompts alert you if you’ve been sedentary for too long, or if you climb more floors or stay active more than previous days. In particular, the floor counting was superb, having the ability to detect stairs at home and in the office or about town.

The Rewards in the S Health app are also a great incentive for both exercise and daily activity to push yourself a little harder and be more consistent. There’s also a Together section where you can keep tabs on a friend’s activity if they’re also using S Health.

The presence of internal storage means you can save music straight to the Fit2, so you’ll be able to run free of your smartphone if you pair some Bluetooth headphones.