What is the Withings Go?

These days, tech companies appear to be hell bent on creating high-end, Swiss Army Knife devices that can do it all. This has been particularly apparent in the world of fitness trackers. Over the past 12 months, we’ve seen an influx of smartwatch-come-trackers – such as the Fitbit Blaze and Moto 360 Sport – hit the market.

This is great for those with oodles of cash who want the ability to check incoming messages while out on a run. But it’s left buyers on a budget, or those after simply a tracking device for exercising, a little in the lurch. So it’s refreshing to see Withings release the Go – an affordable wearable that’s tailor-made for cash-strapped exercise newbies looking for basic fitness and sleep-tracking services. 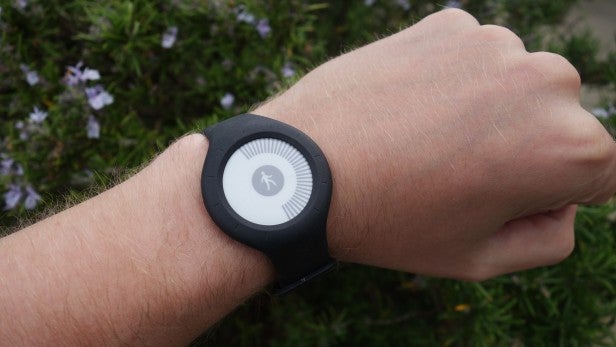 The Go is the affordable option in Withings’ current line-up of fitness-tracking timepieces. Costing a meagre £50, the watch sits below the £120 Withings Activité Pop and £140 Withings Activité Steel – and it’s reflected in the Go’s design.

Unlike Withings’ more expensive trackers, the Go doesn’t sport the look of a regular watch; it’s unashamedly a fitness tracker first. The central spherical base fits into either a rubberised strap or clothes clip, and features an E Ink, rather than physical, watch face.

The design is very basic compared to some competing trackers, such as the Jaybird Reign or Fitbit Alta. My brother said it looks like a prop for the late-1970’s science-fiction TV series Blake’s 7 – which, for young readers, isn’t a good thing. 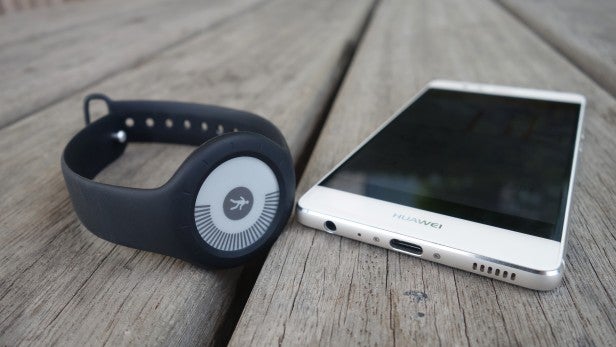 This will be a sticking point for the fashion-conscious – but if, like me, you simply care about functionality then you’ll be more than happy with the Go’s design. Withings has built the Go to include everything you’d expect of a fitness tracker.

For starters, it’s super-comfortable to wear. The strap’s rubber finish is one of the best I’ve used and, unlike the Fitbit Surge and Moto 360 Sport straps, it didn’t pull on my arm hair at all, even when I was sweating fairly heavily. The Go is also water-resistant to depths of up to 50m – a key feature that’s bizarrely found missing in the majority of trackers I test.

Withings has also sensibly loaded the Go with a built-in button-cell battery which, according to the firm, will last a solid eight months before it needs replacing – thus removing the need for you to charge it every week. This combination of factors means the Go is one of the only trackers I’ve managed to wear 24/7 hassle-free.

The setup process is also easy as pie. It simply required me to download the Withings health app – tested on the Android Marshmallow-powered Huawei P9, but also available on iOS – and follow a series of onscreen commands to pair the Go with my phone.

I’ve always been a fan of trackers that can automatically detect and monitor when you’re exercising. It’s a key reason the Basis Peak has remained one of my favourite wearables to date, despite having been out for more than a year. I was pleased to see Withings has built similar functionality into the Go.

Be warned, though, that the number of exercises the Go can detect and track is fairly limited when you compare it to moderately more expensive trackers. Out of the box, the Go can only monitor when you’re running, walking, swimming or sleeping. This will be adequate for those new to exercise, or those who exercise on a casual basis, but it will prove disappointing for hardcore fitness fans who like to do cross-fit, weights, cycling or yoga.

The lack of advanced functionality is indicative of a wider set of issues that make the Go a poor choice for serious fitness fanatics. There’s no built-in or paired GPS functionality and the Go doesn’t have a heart-rate monitor either. 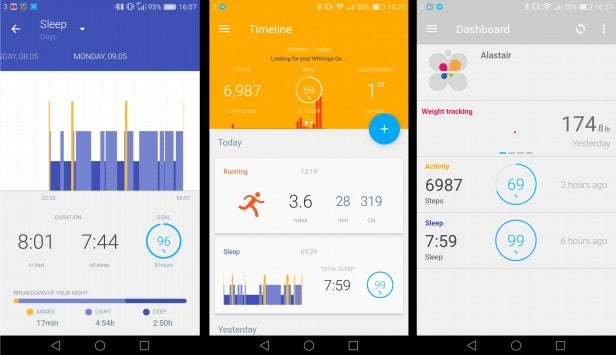 The lack of a GPS will affect how accurately the Go can detect key things such as running distances. The lack of a heart-rate monitor will also be an issue for people who want to track their progress during a training regime, or really push themselves to their limits.

However, the lack of both features is understandable when you consider the device’s budget £50 price, and the Go performs well on the select number of activities it offers.

Testing the Go on a course that I know is roughly 5km (3.1 miles), the device’s tracking was reasonably accurate, and at least as good as that from the Misfit Shine and Fitbit Alta. However, running it against the Microsoft Band 2 and Basis Peak, the lack of GPS became apparent.

The more expensive wearables were able to provide detailed distance figures, down to the exact number of metres I had run. The Go’s distance figure also proved slightly optimistic: it would regularly round up to the nearest distance decimal milestone when I stopped running.

The E Ink display offers basic functionality and can be used to check your daily step count and the time. For any other data, you’ll have to power up your smartphone and sync it to the Go using the Withings app. 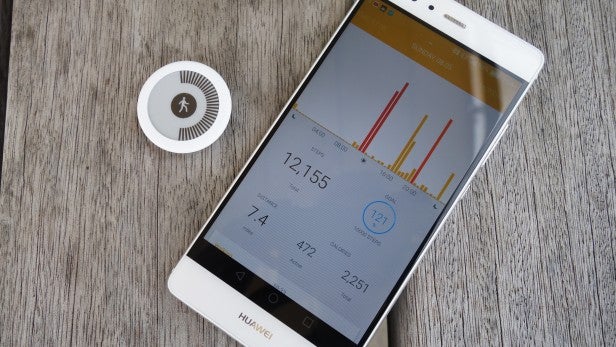 The app itself is fairly intuitive. The central homescreen offers a timeline of your activities, plus a convenient summary of how close you are to achieving your step count for the day.

You can also access more specific breakdowns of your run, walk or sleeping session by pressing on the Activity icon. Information on offer includes distance travelled, duration, steps taken and calories burned. Sleep tracking is broken down into basic, awake, light and deep-sleep durations – which is pretty much all the data a casual user will need.

There’s also a calorie-counting section for those hoping to stick to a diet. The “Leaderboard” feature is another welcome addition that lets you check how people in your contacts group are getting on – it’s similar to the Friends section of the Fitbit app. If, like me, you have a competitive streak then the Leaderboard feature will be a huge help in motivating you to go out for a run.

I’m currently using the Withings app to keep track of my neighbour in a game of one-upmanship on who can run further. She’s winning, but the competition meant I lost 2kg while reviewing the Go thanks to all the extra runs I completed in my attempt to beat her score. 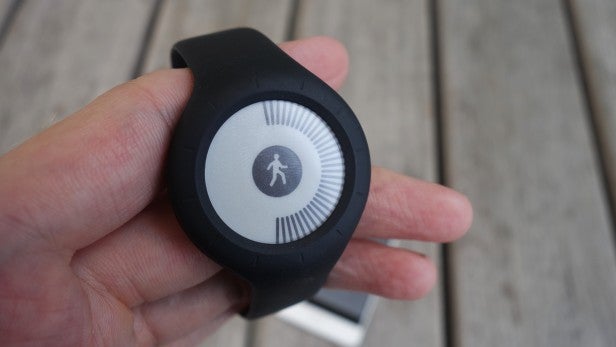 Should I buy the Withings Go?

If you’re a newbie to exercise or a casual jogger looking for an affordable, well-made tracker, then this is worth buying. The Withings Go may not be the prettiest tracker around, but it ticks all the right boxes when it comes to functionality and durability.

However, more serious fitness fans would be wise to invest in a more expensive wearable offering both GPS and a heart-rate monitor, such as the Microsoft Band 2.

An affordable and reliable tracker that’s ideal for casual runners.