If you’ve read the earlier parts of this Huawei Ascend Mate 7 review, it’ll sound like we’re onto a winner. However, that’s not the impression you get when first booting up the phone.

Its default interface is dreadful, possibly the worst we’ve seen from a ‘known’ phone maker. Its incredibly tacky-looking, decked out in gold ‘bling’ icons and wallpapers. Software is frequently the worst element of Huawei’s phones, and at least to begin with it is here.

The Huawei Ascend Mate 7 uses Emotion UI, the custom Android interface seen in most other Huawei phones. It’s one of our least-favourite custom takes on Android because it alters a lot in ‘normal’ Android, but generally doesn’t demonstrate good taste in doing so.

The default UI is a prime example. 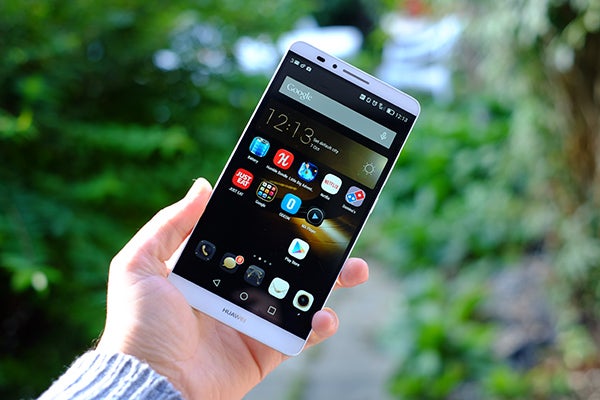 The default UI is naff squared

However, finally Huawei has got off its backside and properly implemented its themes system for a Western audience. Emotion UI has supported themes for years, but in the phones we’ve seen you’ve only had direct access to a few inbuilt ones, needing to scout out others from an obscure Chinese (and Chinese-language) web portal.

In the Huawei Ascend Mate 7, the ability to download new ones has finally been properly integrated. You have access to loads, and the majority are better than that which the phone uses by default. Wonders never cease etc.

These themes alter the wallpaper, the icon style and the Mate 7’s lock screen, changing its personality quite radically at times. There’s plenty of fiddling to do if you fancy. Within a few minutes we found a nice and simple one. 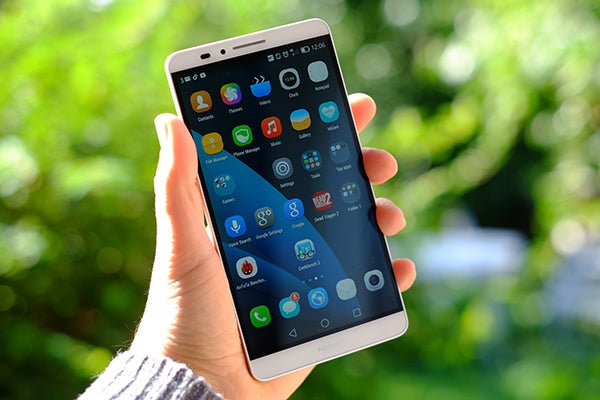 However, all of them get rid of the separate apps menu you normally see in Android. Everything app and game you download has to be arranged on your homescreens, demanding a bit more active curation than most other phones.

We’ve complained about this style many times in the past, and it remains contentious. However, it’s not as bad in a 6-inch phone like the Huawei Ascend Mate 7.

25 icons fit comfortably on each homescreen, meaning everyone should be able to fit their daily-use apps within a homescreen or two. The phone also supports folders, further cutting down how much you have to juggle homescreens.

It really is quite nippy, something we’ve not been able to say about recent Huawei flagships.

We hope that part of this is down to improved optimisation in the often-faulty Emotion UI, but the Huawei Ascend Mate 7 also has a seriously fast processor. It’s a HiSilicon chip, produced by a Huawei subsidiary. 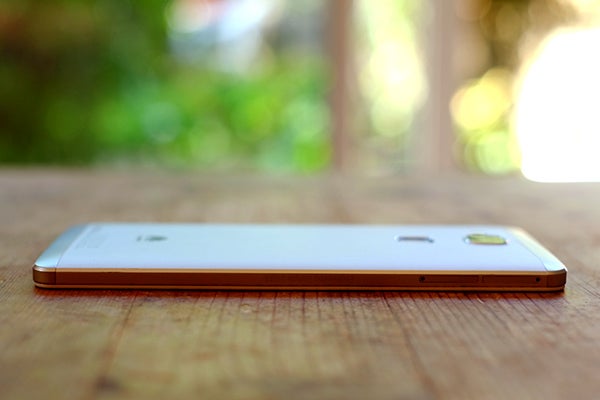 The HiSilicon chips we’ve seen to date have routinely underperformed next to Qualcomm Snapdragon rivals, but the Kirin 925 chip here is arguably competing with the Snapdragon 805 – which we’re yet to experience in a phone, as of October 2014.

The Hisilicon Kirin 925 has four Cortex-A15 performance cores clocked at 1.8GHz and four Cortex-A7 cores at 1.3GHz. In true Hisilicon fashion, this is not a particularly up-to-date setup. The Exynos version of the Galaxy Note 4 uses a similar setup but with the newer A53/57 64-bit cores.

In six months, the Hisilicon Kirin 925 is going to be looking quite musty, but for the moment it offers very compelling performance. For example, in the Geekbench benchmark the Huawei Ascend Mate 7 scores 3285. That compares favourably with the Snapdragon 805 and Snapdragon 801 scores we’ve seen – the Snapdragon 801 Galaxy S5 scored 2843 when tested concurrently. 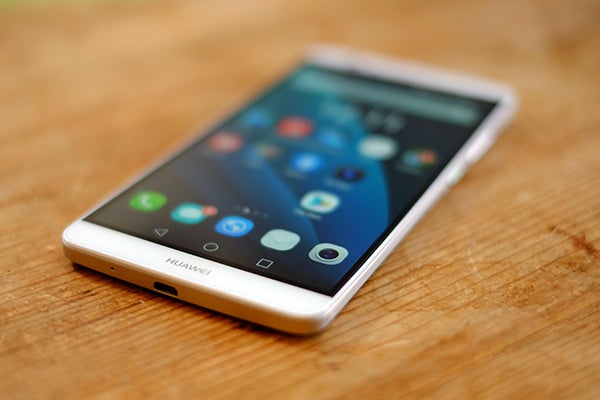 It has loads of power, especially when you consider it’s significantly cheaper than the smaller-screen flagships from the biggest names. It’s roughly on-par with what we expect to see from upcoming Snapdragon 805 phones.

If there is going to be a 64-bit Android app revolution, the Ascend Mate 7 won’t really be part of it (it’s a 32-bit CPU), but to be honest it probably won’t kick in until this phone is starting to look very old anyway.

Native 64-bit support is only coming to Android with Android L. The Huawei Ascend Mate 7 uses Android 4.4.2 at present.

The GPU used by the phone is the Mali T-628 MP6, the same GPU used in the Exynos version of the Galaxy Note 3. AnTuTu reported the GPU as a much weaker Mali T-624, but results suggest this is a mis-reporting. Despite the high benchmark scores, the Mali T-628 is actually a bit less powerful than the Adreno 330 used in the Snapdragon equivalents.

Just as important as raw power is the extra ultra low power chip that monitors the phone’s sensors while the screen is off. It’s this chip that means you can use the fingerprint scanner without turning on the phone, without causing serious battery drain. Of couse, lots of power comes in handy when gaming too.

We’ve been gaming even more than usual with this phone – that screen positively wills you to – and have found that the Ascend Mate 7 has enough power to tackle top-end 3D games. Ramping Dead Trigger 3 up to it highest graphical setting still brings good performance (the game now offers a user-selected graphics setting). 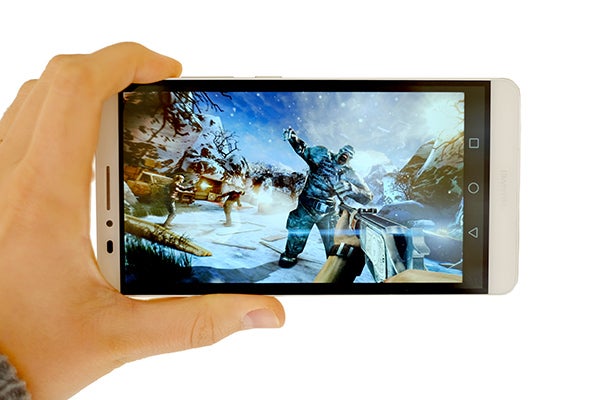 The real big-hitting benefit for gaming, though, is the screen. A good 6-inch display is much more involving for the sorts of games that can feel a little cramped on a 4.5-inch display. It also gives your thumbs much more room to move without cramping the screen in games that use virtual sticks.

In a slightly old-fashioned move, Huawei has teamed-up with Gameloft and pre-installed five of its games on the Huawei Ascend Mate 7. However, you’re not really getting something for nothing – they are either demos or free games anyway, often requiring extra assets to be downloaded.

You get things like an FM radio, a ‘mirror’ app and a magnifier, which uses the rear camera set to close-up focus in order to work as a sort of digital magnifying glass. The quirkier bits are automatically filed away into a Tools folder, though.