The Huawei Ascend Mate has a 13-megapixel camera main camera with a chunky LED flash.

It’s a pretty good setup that’ll do the job for day-to-day photography out on the street. You get pretty good levels of detail in sunlight and even in darker conditions – despite lacking HDR, the Mate 7 manages to hold onto detail fairly well in lower-light conditions. 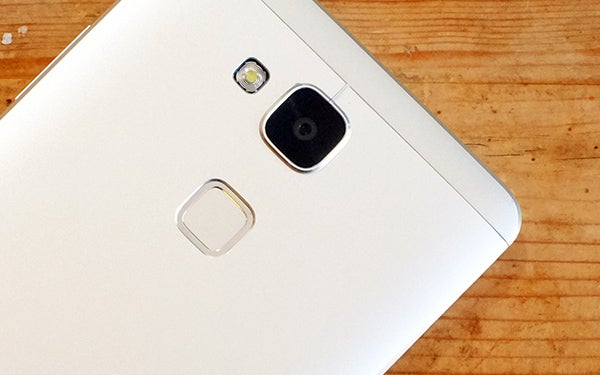 While there’s clear processing/sharpening going on at pixel level and the edges of the frame get a bit scrappy-looking, you can get great levels of fine detail in the right conditions.

However, it’s not perfect. We did notice that in tricky higher-light conditions, the Huawei Ascend Mate 7’s photos can end up looking quite desaturated – almost monochrome in the worst cases.

While things like this are common in phone cameras, we’ve come to rely on HDR modes a bit to patch them up. The Huawei Ascend Mate 7’s is far from the most effective we’ve seen, though. It’s not the go-to fix-all it is in the best examples. 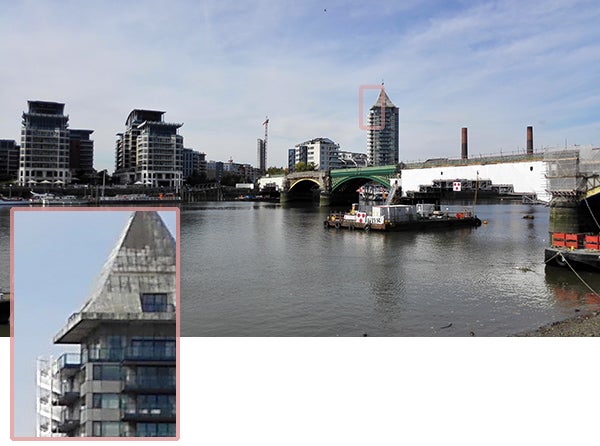 In daylight you get lots of detail 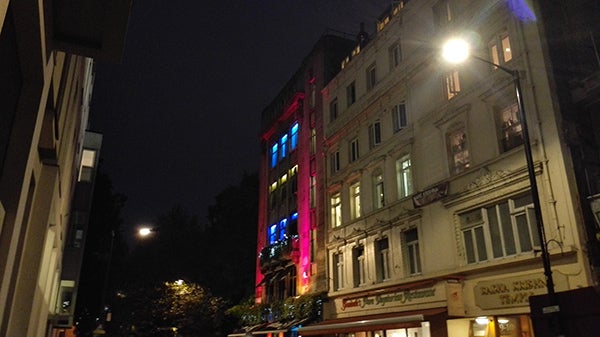 In lower lighting, the Mate 7 holds onto colour saturation well 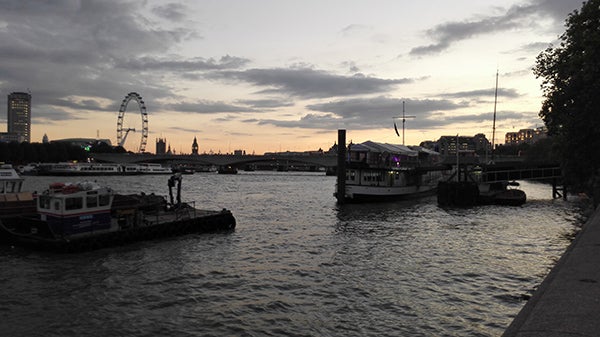 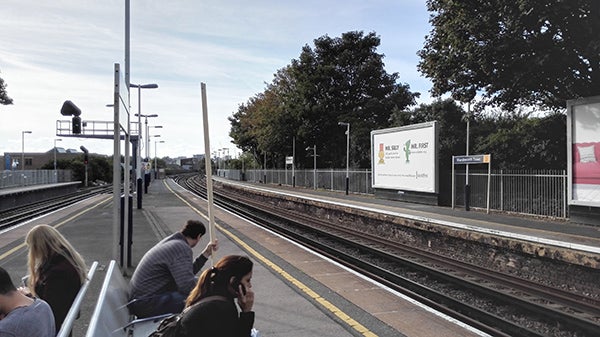 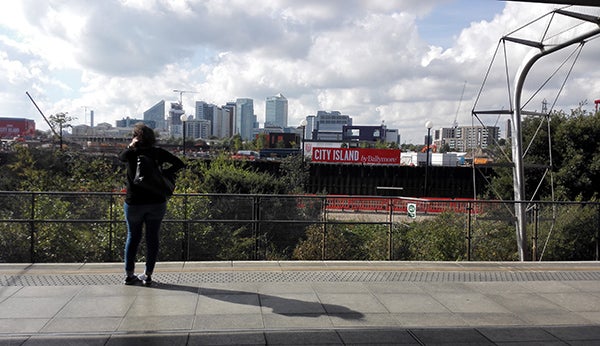 This phone is a middleweight contender in the phone camera world, but when the Huawei Ascend Mate 7’s camera is far from its star feature, that’s not a bad result.

Huawei has kept the modes on offer fairly simple too. You get Panorama, Beauty mode (which de-wrinkles your crows’ feet), HDR, burst mode and Watermark. There aren’t too many crazy processing filters, as you get in Sony’s phones.

It has a go at the post-focus modes attempted by other phones at present too, and this gets a spot as one of the main camera modes – right on the front page. However, as is generally the case with this kind of shooting, you’re much better off just taking normal photos in the vast majority of cases.

On the front is a much better-than-average 5-megapixel camera. With good light you’ll get loads of detail in your selfies. However, for low-light indoors shots, that the camera uses a pretty tiny sensor is very evident – the noise is much clearer than in a high-grade 2-megapixel selfie cam.

The Huawei Ascend Mate 7 has a gigantic 4,100mAh battery. For some extra context, the Samsung Galaxy Note 4 ‘only’ has a 3,220mAh unit.

As you’d hope from a unit of this size, the Mate 7’s stamina is very good. You don’t need to be terribly careful to get two days’ use out of the phone, and for a spot of purely anecdotal evidence, the battery was at around 50 per cent at 11:30pm on one night, which got me through to about 5:30pm the next day before needing a charge – with some web browsing in-between too.

It does seem as though Huawei has taken a rather ‘brute force’ approach to the Mate 7’s battery efficiency, probably because the HiSilicon Kirin 925 isn’t all that power-efficient by itself compared to the best from Qualcomm’s Snapdragon range. 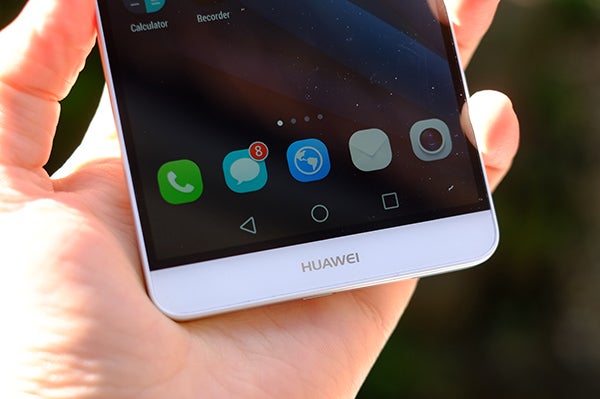 For example, you actually have to specify apps that can run when the screen’s turned off. Everything else will be blocked. This may become a problem for those not intending to take a diploma course in how to use the phone’s settings menu, as it’ll limit what apps will be able to ping you push notifications.

Our standard video test supports this too. You’ll get 12 hours of 720p MP4 video playback off a charge, with the backlight set to mid-level.

That’s a great result, but not the sort of earth-shattering one you might expect of a phone with such a giant battery. We got more out of the Sony Xperia Z2, for example. Here’s how the battery drains (note how the second 50 per cent runs dry slightly quicker than the first 50 per cent): 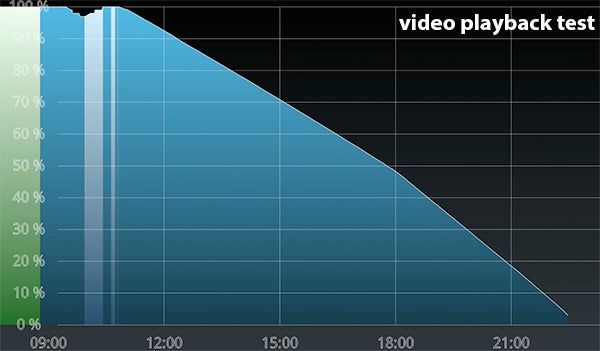 The Huawei Ascend Mate 7 HiSilicon Kirin 925 processor may need some concessions to bring great battery life, but the phone’s core hardware otherwise covers most of the connectivity basics we expect from a £400 phone.

You get 4G, with wide-spanning support for the UK’s networks. In the OnePlus One (also Chinese), band 800 support was missing, but it is here, ensuring you can get 4G from all the main networks. It’s Cat 6-compliant too, meaning it can handle speeds of 300Mbps. Your chances of getting such speeds in the UK? Zilch, but the tech is there.

NFC is here too, along with the standards of Bluetooth 4.0, GPS and Wi-Fi Direct. There are a couple of missing bits, though. Wi-Fi support only goes up to N standard, not AC, and there’s no IR transmitter.

This means those who rely on ac to get Wi-FI coverage in the further reaches of their lofty mansions (or those with poor quality routers), may notice patchy Wi-Fi, and you can’t use the Huawei Ascend Mate 7 as a universal remote. 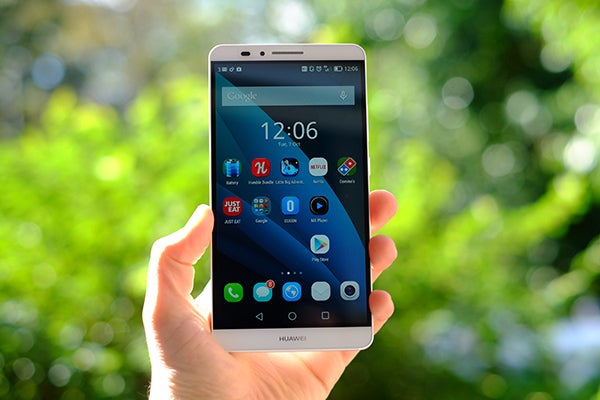 Should I buy the Huawei Ascend Mate 7?

The Huawei Ascend Mate 7 is one of the first phones we’ve tested that justifies having a giant 6-inch screen. It’s not that the software offers extra functionality to make those extra inches work – it’s not Galaxy Note 4-grade in that regard.

Rather, the screen is high-quality enough to seem better all-round than the 5-inch screens of more expensive phones, and the body isn’t so big and awkward it feels like wielding a chopping board as a phone.

You still need to consider whether you’ll appreciate the larger screen size over a smaller body, though. Things like games and films look fantastic on the Huawei Ascend Mate 7, while offering the phone-style convenience that you don’t get with something like the Nexus 7. But pulling the phone out for a quick snap really doesn’t feel as nimble as it would with a smaller phone.

It’s all about where your priorities sit. Screen size needs to be near the top. But if it is, this is one of the best-value options. There are no serious compromises in the hardware by current standards, and while there are plenty of Huawei quirks to raise an eyebrow at, many can be patched up. And when the Mate 7 costs more than £200 less than the Galaxy Note 4, that’s not a bad compromise.

The Huawei Ascend Mate 7 is one of the first 6-inch phones that avoids being a royal pain to use. The software is quirkier than a French art house film, but good performance elsewhere makes up for it.

Next, check our our best mobile phones round-up