The lead attraction of the Huawei Ascend Mate 7 is its screen. More specifically, its screen size.

While the screens of ‘standard’ high-end phones have teetered over the 5-inch mark, the Ascend Mate 7’s 6-inch model still seems huge.

This is also the first Mate-series phone to really impress with its screen quality as well as size. Previous Mate models used 720p resolution displays, but the Huawei Ascend Mate 7 has a Full HD one. 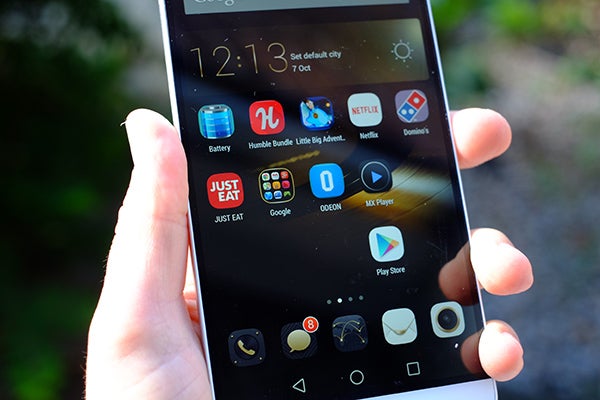 While this resolution has been surpassed by a small handful of phones including the LG G3, the 368ppi pixel density this affords the Huawei Ascend Mate is easily enough to appear very sharp indeed.

The IPS LCD screen type used here gives a fairly similar screen character to LG’s best too. You get pretty decent colour accuracy, enough to convince the eye if not a professional colour calibration tool. There’s some control over the colour too. You can choose how warm or cool it looks using an easy slider in the Settings menu, giving the display a yellower (warm) or bluer (cool) character. 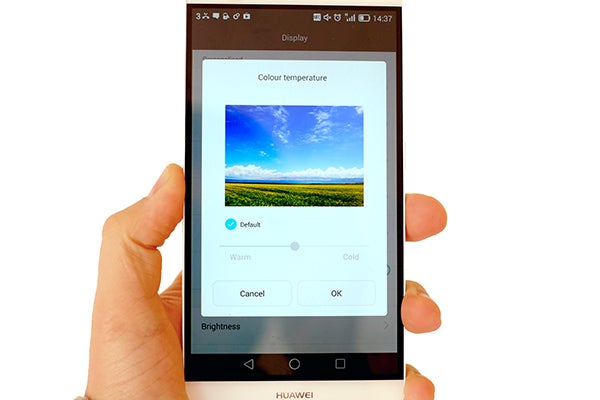 Viewing angles are great as well, with more-than-acceptable brightness loss from an off-angle perspective. There’s a bit of backlight bleed in the top millimetre of the screen, which may be a result of cutting down the area above the screen, but it’s minor and not too distracting.

The potential elephant in the room here is the Galaxy Note 4. Its display offers better blacks and far greater pixel density thanks to its QHD-resolution panel. We also expect it to bring slightly better colour accuracy in the right mode. But with an RRP £230 higher, these comparisons breeze past the Mate 7 without denting our opinion of it.

It is a fantastic canvas for games and video, better than 5-inch phones by virtue of its size. An extra inch may not sound like a lot on paper, but it’s a big difference in person. 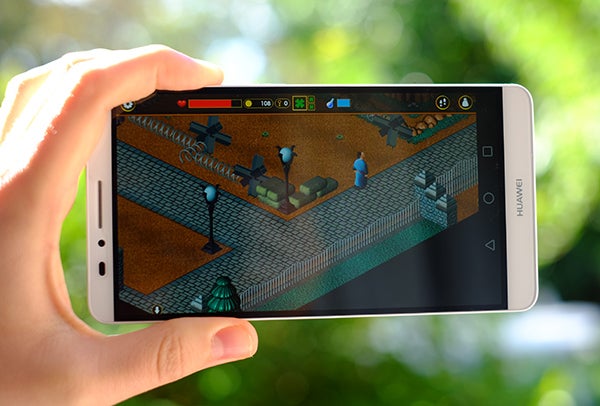 We can’t give this praise without emphasising that we’re happy to dole it out because the phone hardware isn’t a pain in the backside to use, unlike so many earlier giant-screen phones. Finally, 6-inch phones are starting to make sense.

Huawei supplies the Ascend Mate 7 with a plastic screen protector attached, one that’s guaranteed to be bubble-free unlike the one you might try to apply yourself. It’s rather good as it doesn’t have the mottling effect so many screen protectors can burden your phone with. But it’s arguably a bit unnecessary.

The Huawei Ascend Mate 7 uses Gorilla Glass 3, the same scratch-resistant layer used in many (or even most) high-end phones. It’s less likely to get scratched than the phone’s aluminium back. 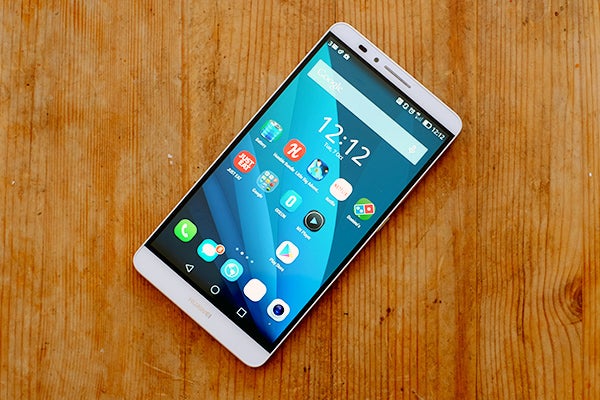 As the protector appears to cause zero image quality compromise, you might as well leave it on until it starts looking tatty. We’d given it a few little nicks within a week, mind.

Add fairly good outdoors visibility to the Huawei Ascend Mate 7’s good image quality and you have a great little media phone. One of the best at the price.

Speaker quality is also surprisingly decent given the phone only has a single mono speaker outlet on the back. It tries much more than most to provide a bit of mid-range body, avoiding the quite reedy sound that often comes out of single-speaker phones.

We put the Ascend Mate 7 up against the Samsung Galaxy S5, which has a similar single, rear-mounted speaker and found Huawei’s phone to be beefier-sounding, less tinny and better-equipped to deal with ambient noise. 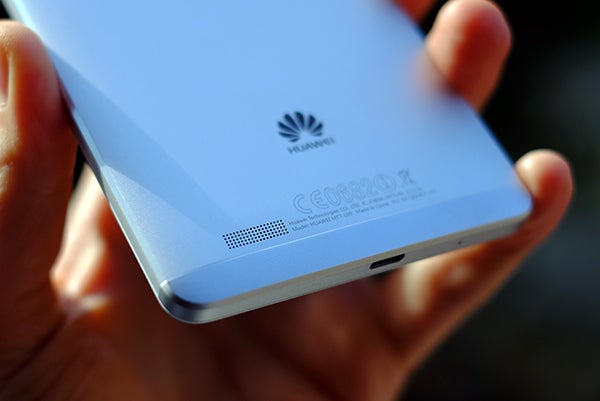 The Mate 7 speaker looks like it’ll be rubbish, but isn’t

A good deal of this seems to be down to Digital Sound Processing (DSP). There’s clear evidence of compression in quieter bits of audio – to be clear we’re talking about a ‘studio’ compression effect, not the kind of compression that turns a CD into a 64kbps MP3. It’s can be used to alter the perception of loudness of audio to good effect, especially when dealing with cruddy speaker drivers, as it is here.

It’s loud enough, but the Huawei Ascend Mate 7 falls down a bit when you switch it to silent mode. The vibrate function is unusually weak, meaning you’ll need to manually check your phone to ensure you don’t miss anything if you turn the volume down.