A phone that holds more modest expectations compared to its flagship sibling, but at least it meets them.

HTC underwhelmed us all with the HTC U12 Plus earlier in the year. Here was a flagship phone with a clunky design, mediocre screen, ordinary battery life, and a gimmicky squeeze function. All of which might ring alarm bells for the HTC U12 Life, its mid-range brother.

Shared nomenclature aside, however, the HTC U12 Life only seems tangentially linked to the HTC U12 Plus. Thankfully, it doesn’t suffer from any of the aforementioned issues.

We’re dealing with a deeply competent middle-of-the-road smartphone that doesn’t do anything massively wrong. Unfortunately, nor does it do anything to really stand apart like the similarly priced Honor Play and Nokia 7.1.

The HTC U12 Life is available now for £299 in the UK. There’s an extra 10% off if you buy through HTC’s online store. There are currently no plans for a US release.

The HTC U12 Life looks every inch the modern HTC phone. That doesn’t have the glowing connotation that it might once have had, though.

HTC used to be known as a true innovator in the Android phone space, way before Samsung upped its design game. The HTC of 2018 plays things much safer. From the front, the HTC U12 Life could be any number of pre-iPhone X phones. It’s a plain black rectangle with rounded corners and a large display.

That display doesn’t exactly fill the available space but nor are the chin and forehead massive. The side bezels are relatively slim too.

Things get a lot more interesting when you flip the phone over, with a glass rear that sports an etched, lined finish on the lower two thirds. The top third is shiny, mirrored, and eminently prone to fingerprint smudges. It’s also here that the HTC U12 Life stashes its proficient fingerprint sensor.

All of which makes the phone sound a lot more premium than it actually looks and feels. There’s actually none of the high-end allure of the aforementioned mid-range rivals when you handle it. It’s a solidly built handset, though, with no flex and a fairly hefty weight of 175 grams. At only 8.3mm thick and with subtly rounded edges, it’s quite pleasant to hold.

Crucially, you don’t get the horrible haptic buttons of the HTC U12 Plus. Both the volume and power keys are standard clicky components, and the latter has a pleasantly rugged texture to it.

Nor do you get Edge Sense, so squeezing the HTC U12 Life will achieve nothing other than smearing up those shiny edges.

Sticking with the subject of edges, the top and bottom of the phone offer mostly good news. The top surface houses a 3.5mm headphone jack, which is becoming an endangered species even in this sector of the smartphone market. The bottom, meanwhile, houses a USB-C port and a weedy single speaker.

There’s no water resistance here, though that’s not uncommon this far south of flagship phone territory.

Perhaps most notably, that size and aspect ratio is unimpeded by an unsightly notch, so you’re getting a pure widescreen picture for all landscape media. 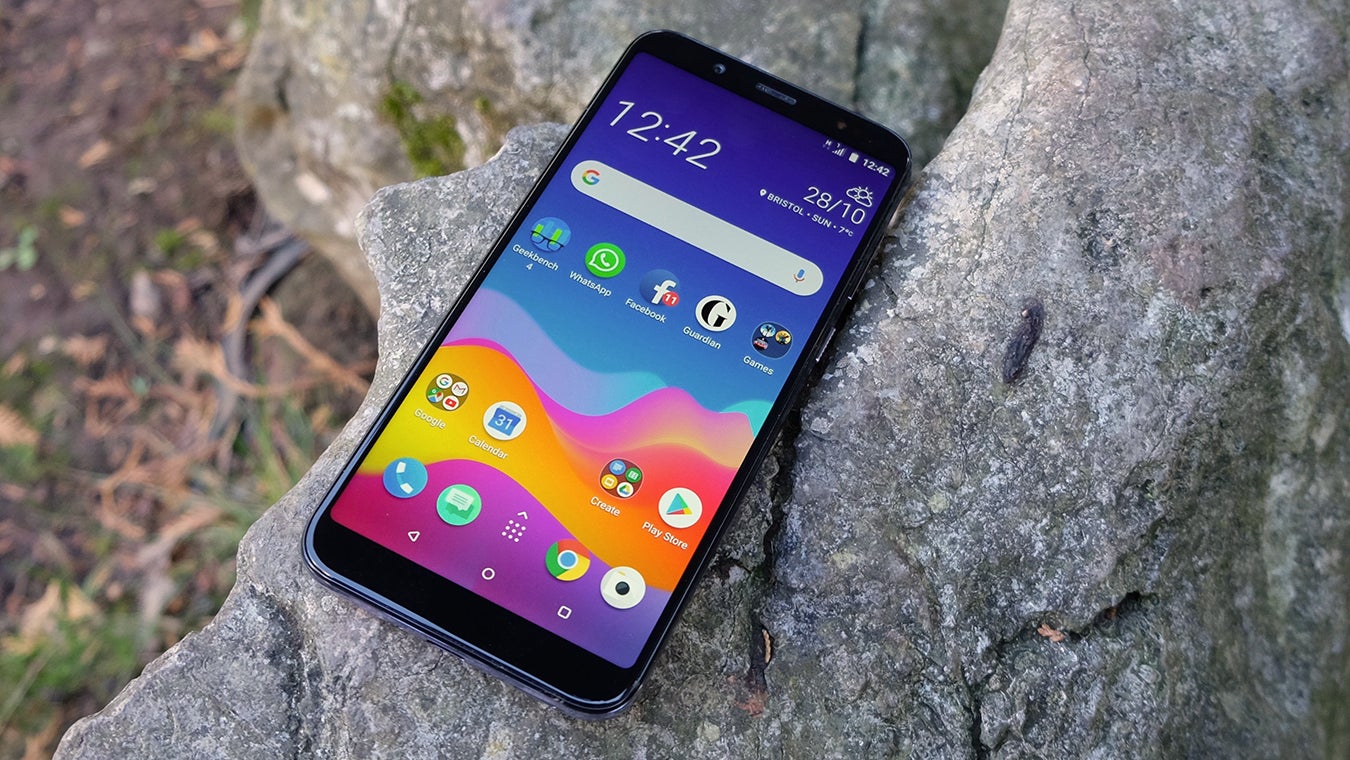 It’s an LCD rather than an OLED display, so it doesn’t have the most vibrant colours. But I really have no serious complaints about it in any respect.

Colours are reasonably accurate, viewing angles are good, and everything looks nice and balanced. There’s a colour temperature slider in the settings menu should you wish to make things a little warmer or cooler to your tastes.

I also found the default auto-brightness setting to be accomplished, neither dazzling me in low light nor undercooking things in bright outdoor conditions. You might be surprised how many otherwise accomplished phones fail to get this right.

As with much of the rest of the HTC U12 Life, its performance is good enough. It packs a Snapdragon 636 CPU, which is one of Qualcomm’s current mid-range chips.

I would have preferred to have seen the more capable Snapdragon 660 in here, having been so impressed with its performance in the Xiaomi Mi A2 (which can be had for significantly less money than the U12 Life, incidentally). 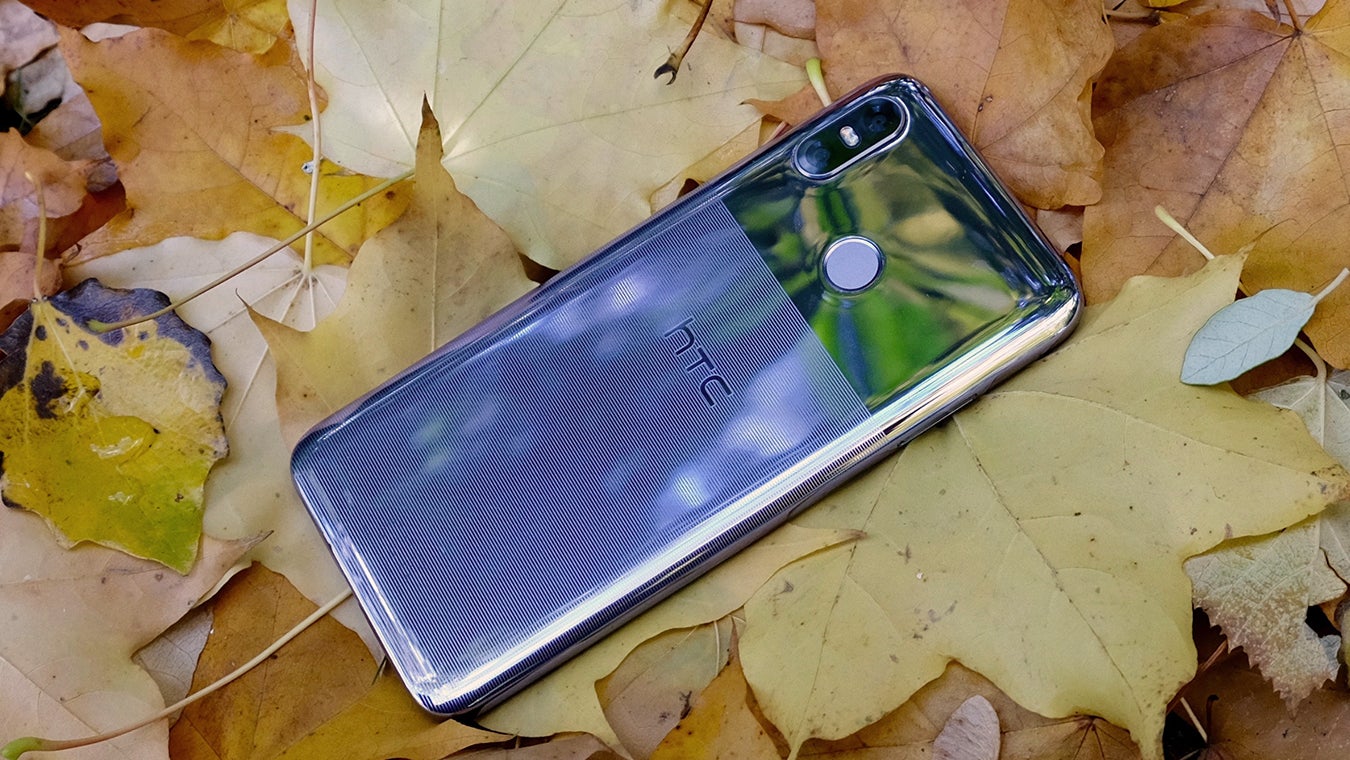 But as the Snapdragon 636 seems to be a far more commonly used chip, it would be unfair to be too critical of HTC’s decision. The Nokia 7.1 mentioned earlier uses the very same processor, for example.

Besides, everything moves along at a decent clip as it is. The phone wakes up promptly through the fingerprint sensor, the camera app responds well enough with a double press of the power button, and home screen navigation is stutter-free.

Advanced tasks like high-end 3D gaming will tax this processor a little more, particularly PUBG Mobile, Asphalt 9, and Guns of Boom with the 60fps setting engaged. But all are perfectly playable. Indeed, they play very well on that large notch-free display.

Benchmark tests bear this perception of solid but unspectacular performance out, with an average Geekbench 4 multicore score of 4884 and a single-core score of 1341.

It’s got much less high-end potential than the Honor Play, though, and it even falls short of the cheaper Honor 8X, which scored 5313 and 1412 in the same Geekbench test.

In the early days of Android, HTC’s Sense UI used to be an example of how a heavily modified skin could improve the experience. As Google’s stock OS has gotten neater and more accomplished, however, HTC’s level of software tinkering has diminished in all respects.

It’s still very much in evidence, though. HTC’s stock clock and weather widget will feel warmly familiar to longstanding fans of the Taiwanese manufacturer’s work. 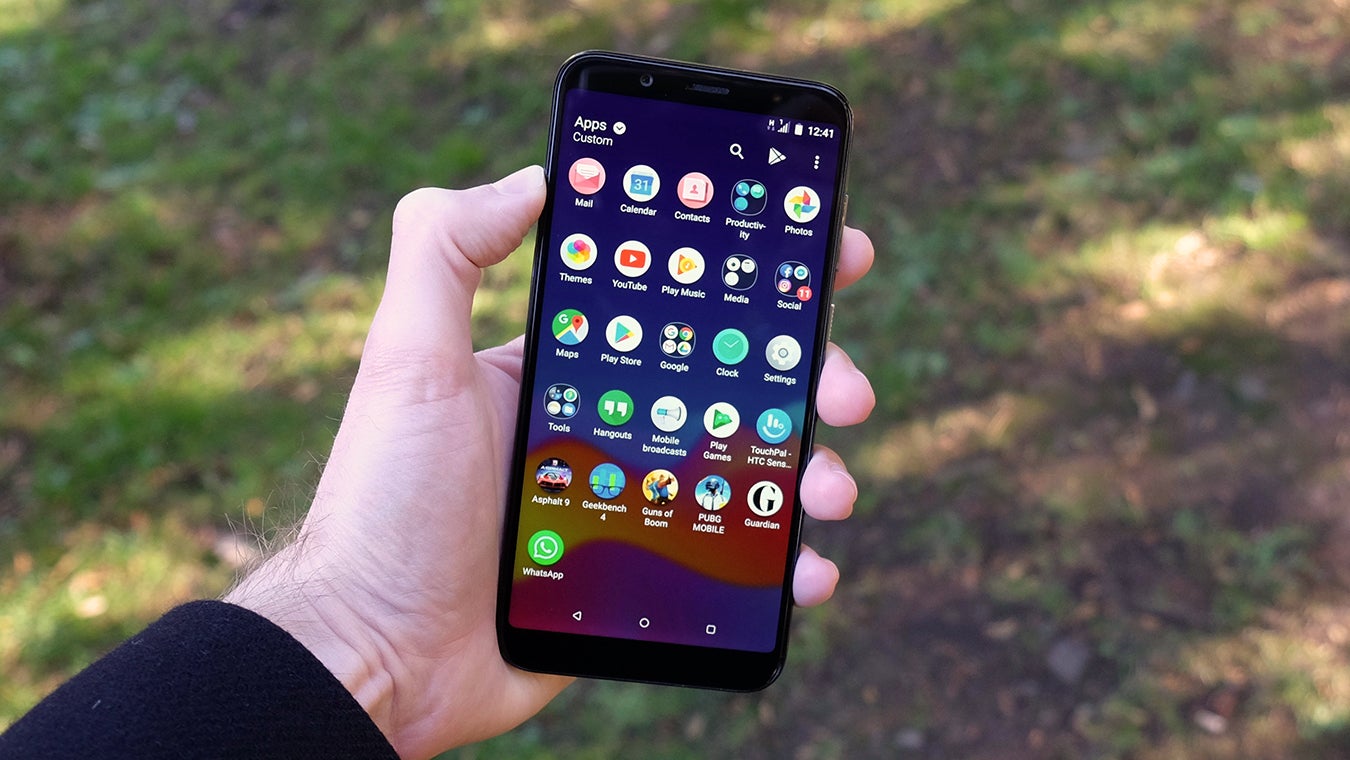 Scrolling left from the home screen, meanwhile, will bring up the Highlights screen, which is more commonly known as BlinkFeed. This pulls together key stories and videos from your Facebook and YouTube feeds, among other sources.

In truth, it’s feeling a little dated these days and the sheer number and size of the ads in it is particularly off-putting. It’s not even as useful as it used to be, now that there’s no news-collating element to it.

I would have much preferred the option of having Google’s own feed in here, as it is on many other Android phones.

Elsewhere, HTC’s Themes app lets you customise the look of your home screen to a fairly extensive degree. This isn’t the unique feature it used to be either, with the likes of Huawei and Xiaomi offering similar customisation hubs in recent years.

It also can’t be denied that many of the alternative skins available through this digital shop front are just plain tacky. But it’s easy enough to ignore if you don’t like it.

Cosmetics aside, HTC Sense provides a reasonably fluid experience with its Android 8.1 Oreo underpinnings. No, it’s not the super-slick and stylish Android One experience of the Xiaomi Mi A2 and the Motorola One but it’s good enough. There’s that phrase again.

HTC has equipped the U12 Life with a promising-looking dual-camera setup, which incorporates a 16-megapixel main shooter and a 5-megapixel depth-sensing assistant.

The two combine to produce the kind of portrait shots we’ve grown accustomed to in the Android mid-range throughout 2018. That is, quite clever for a quick initial play-around, but slightly fiddly to execute and with inconsistent results. You’ll most probably grow tired of being hounded to get the appropriate distance from your subject by the camera app and forget all about the mode after a few attempts.

In general shooting, the HTC U12 Life camera has its highs and its lows. On the one hand, I found myself impressed with the vividness of certain shots taken in optimal conditions, such as a food snap taken at an outdoor table on a sunny day, or a close-up shot of my partner at a well-lit coffee shop.

At other times the results I got were rather less stellar, such as the noisy, poorly-focused mess of an indoors shot taken in less than optimal (but far from dark) lighting conditions.

The HDR mode, meanwhile, needs to be manually activated and is a little heavy-handed when it comes to brightening up shady corners. This isn’t a flagship feature any longer (though the HTC U12 Plus features a slightly iffy auto-HDR mode), so I’m not sure why the execution is so rudimentary here.

Around front, you get a 13-megapixel selfie cam. Which sounds impressive and indeed it’s capable of capturing some sharp images in strong lighting. In anything less than that, though, it’s just as noisy as the 5-megapixel alternatives found in much cheaper phones. 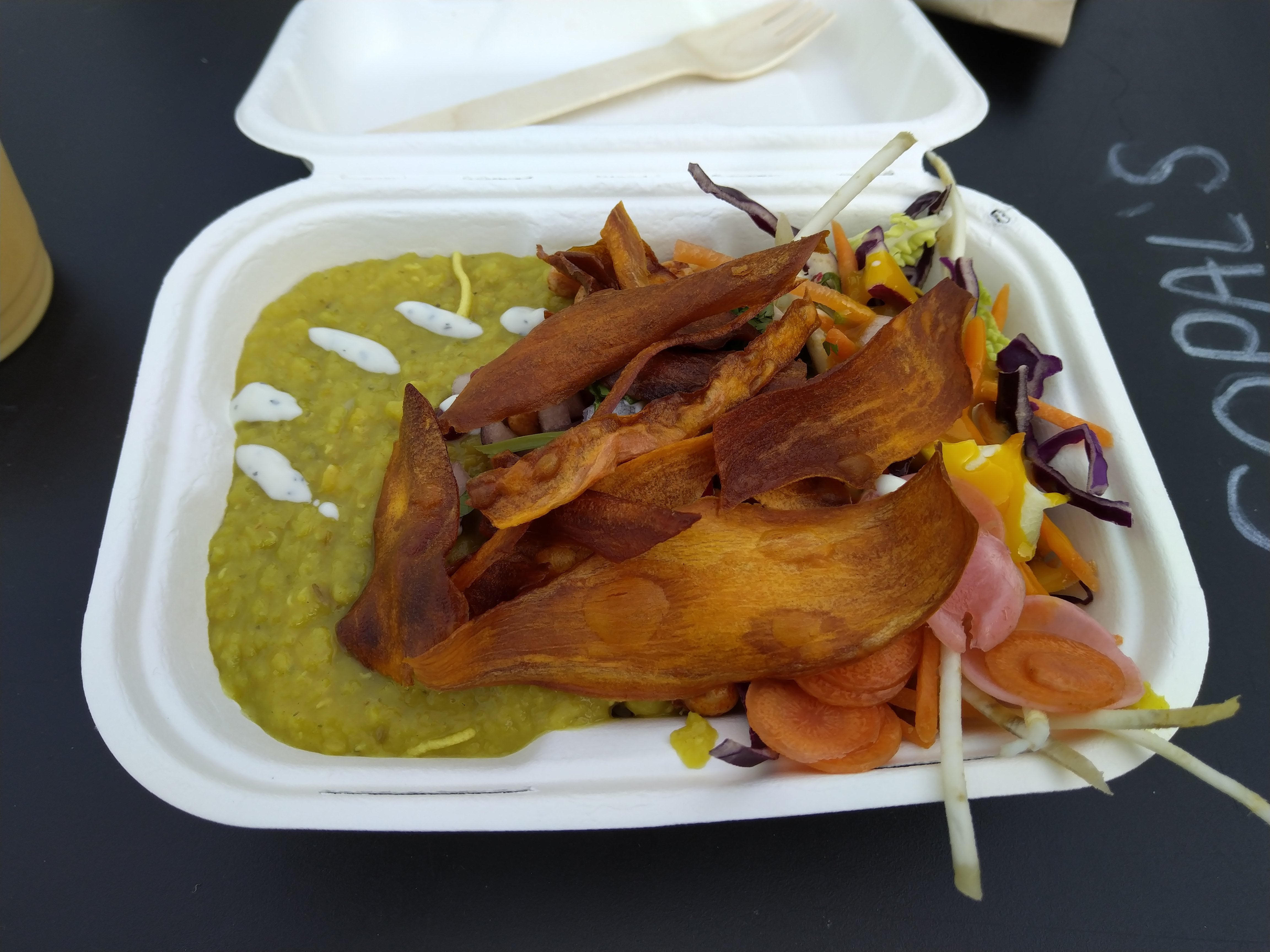 This food shot looks good enough to eat, if it is a little dim 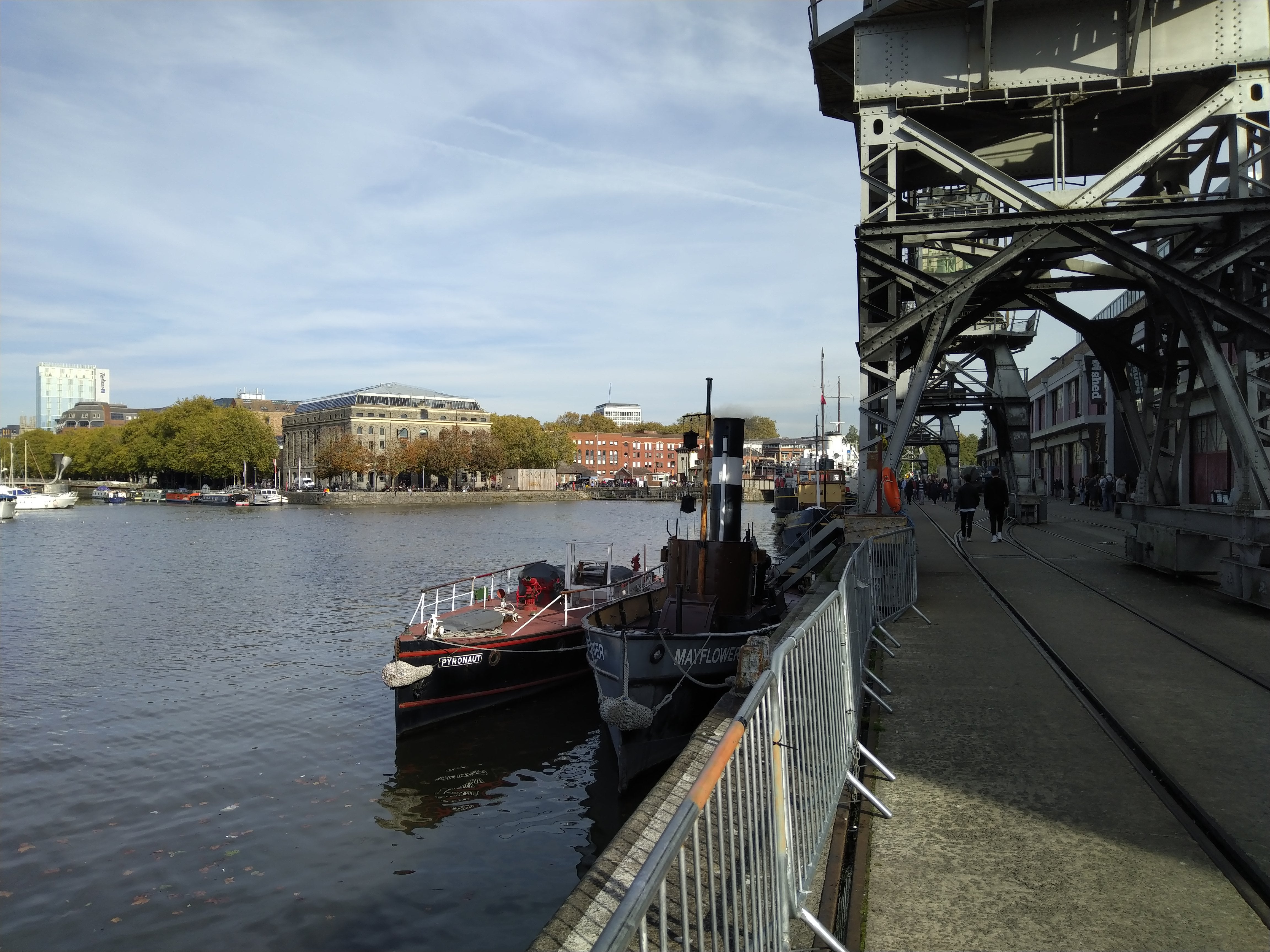 There’s no auto-HDR mode, which is a little strange at this price 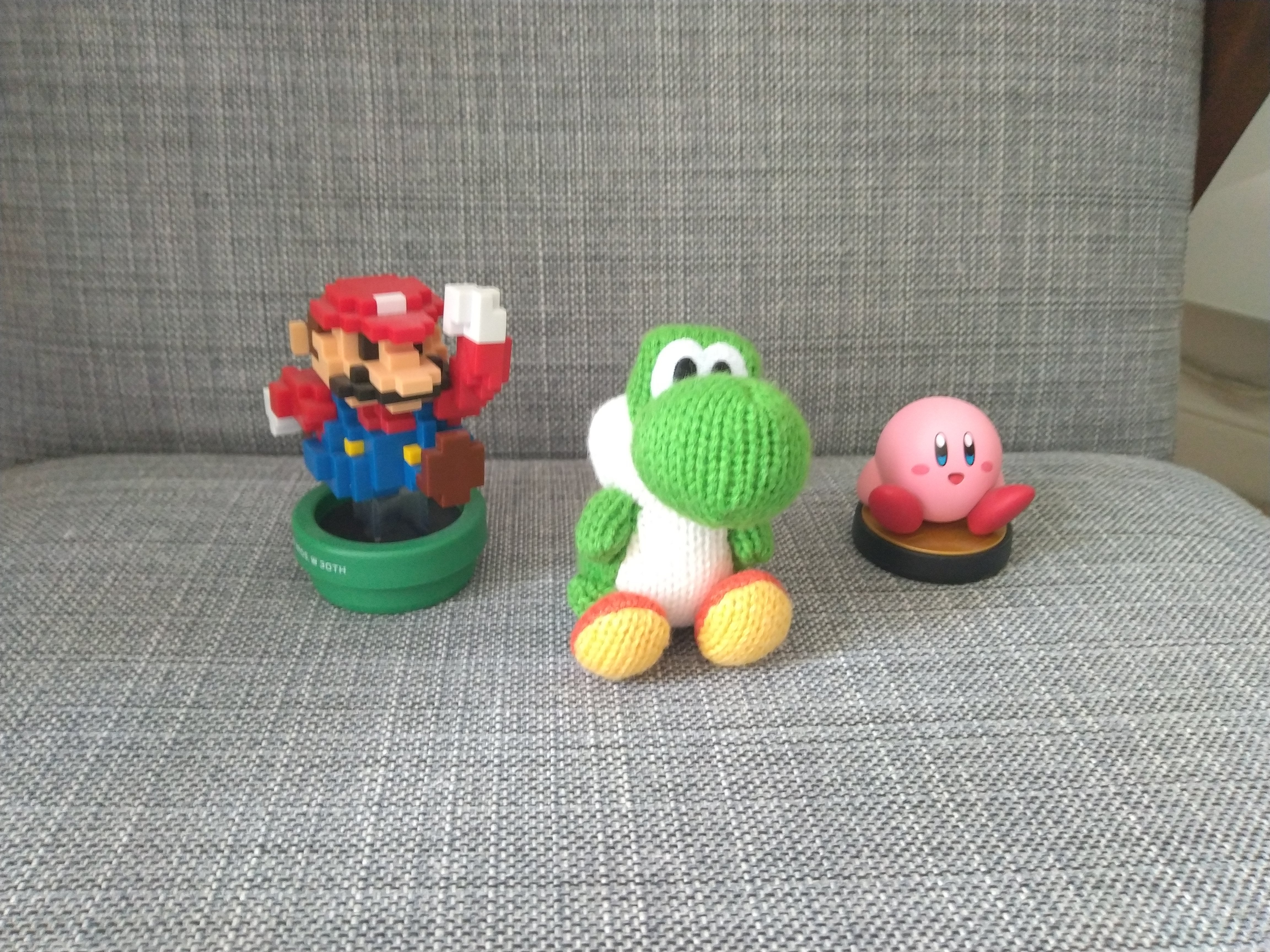 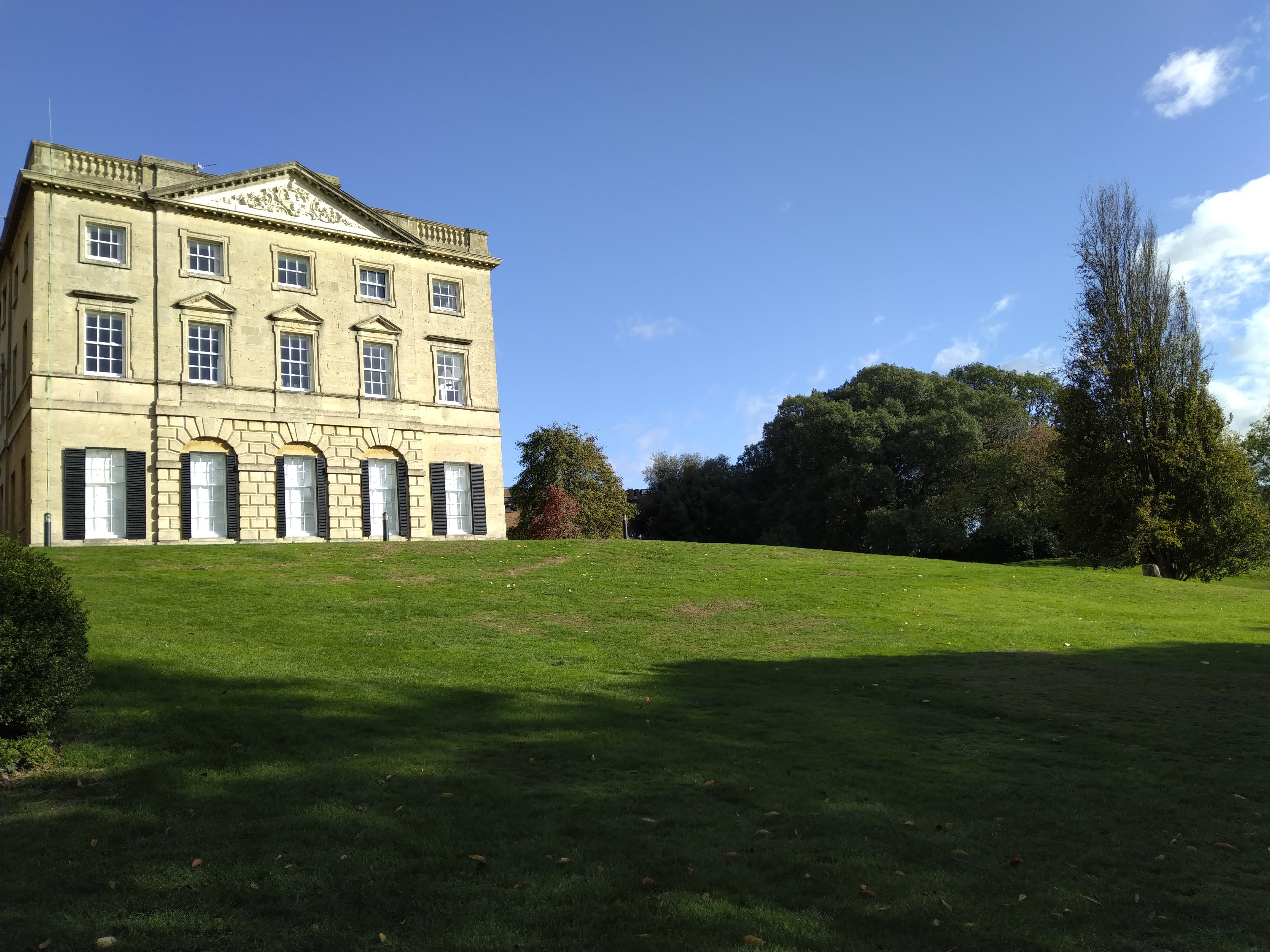 If I were to praise one element of the HTC U12 Life as being outstanding, it would be its battery life. And by that I mean it’s the one component that performs comfortably above average.

You could conceivably attain the longed-for two-day battery life if you’re a light user. During one particularly quiet spell where I only used the U12 Life for the bare essentials (a few calls, text messages, social media checks and a little web browsing), I managed just that.

No sophisticated power-saving tricks appear to have been played to get these results. HTC has simply packed the U12 Life with a larger-than-average 3600 mAh battery, which combines well with that power-sipping Snapdragon 636 CPU.

When you apply some pressure to that battery, though, it’ll drop just like the rest. A 15-minute spell of Guns of Boom, set to 30fps, with screen brightness at half, sapped 5% of the U12 Life’s juice. That’s towards the better end of the scale but it’s far from exceptional.

If stamina is particularly important to you – more so than fancy camera tricks or super-fast performance – then the HTC U12 Life does enough to enter contention.

Contrary to its name, the HTC U12 Life is a wholly different kettle of fish to the HTC U12 Plus. It looks, feels, and performs at a modest level befitting its mid-range price tag, and it’s difficult to pick fault with that.

But while the overall experience lacks the troughs of its big brother, it also lacks the peaks. It’s a slightly bland phone with mediocre performance and an unimpressive camera.

Battery life is a strong point here, however. If you have £300 to spend and stamina is more important than anything else, it may be the ideal phone for you.

A phone with far more modest expectations than its big brother, but at least it meets them.