What is Android One? Google’s affordable smartphone platform explained

(Update: 01 February 2017): The latest news is that Google might be looking to launch Android One devices in the United States. A report from The Information suggests that we’ll see the first of these handsets in the USA in the first half of 2017. Apparently, Google has already started briefing manufacturers about the Android One guidelines

Here in the West and in other developed regions, smartphone makers fight their battles with high-end hardware. However, another, potentially bigger war is being waged at the opposite end of the market.

In this low-end fight, which is conducted primarily in developing countries (and, more recently, in Europe), Google has chosen as its primary weapon with the Android One initiative.

So what is Android One? First up, let’s discuss the market conditions that led to the Android One programme.

Smartphone saturation and the next billion

If the smartphone market in developing countries isn’t quite saturated yet, it’s not far off that point.

Back in April 2014, it was estimated that 71 percent of the UK population owned a smartphone. It’s not an unusual statistic among wealthy countries.

In short, we probably won’t see another period of phenomenal smartphone growth in developed markets. For smartphone manufacturers, and those who make the software that runs on them, this is troubling news. 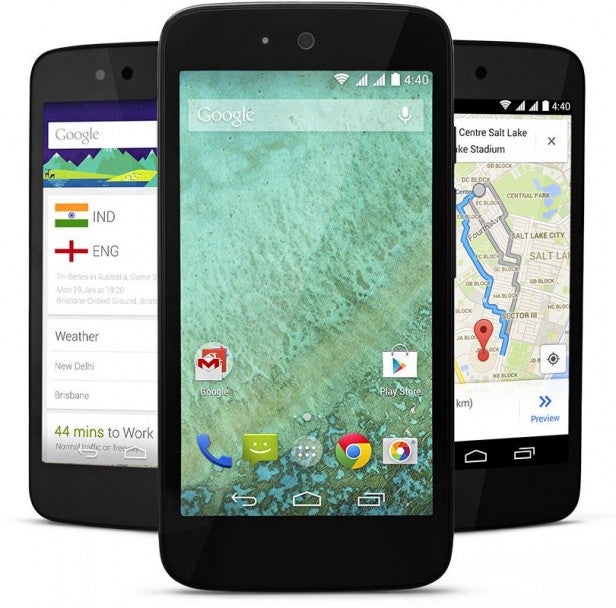 There’s an obvious next step, though: developing countries. Many countries throughout Africa, South America, and much of Asia tend to have high populations and growing economies, yet smartphone adoption is only just starting to take hold.

Put simply, it’s ready to explode. Whoever comes up with a compelling smartphone offering specific to the needs and budgets of these countries stands to make a fortune, as well as gain a foothold in these emerging markets.

This is what smartphone makers talk of when they mention “the next billion” – the next major surge in smartphone adoption.

Google in particular has a lot to gain from this next billion, as more smartphone users means more people using Google search, which means more advertising revenue.

The Android One solution

Google announced the first round of Android One devices in September 2014. The location for this announcement, in India, spoke volumes for the company’s intentions.

Android One isn’t a separate platform. It is a clearly defined hardware standard that ensures a more high end experience on low-end smartphones.

Low-end Android smartphones used to be terrible, with poorly optimised software running on inadequate hardware, resulting in an unattractive prospect for any savvy consumer on a budget. Why spend the extra money on an “upgrade” from your feature phone when the replacement was worse in terms of build quality, speed, and usability?

With Android One, Google has worked out a set of low-end components that can be assembled at low cost by manufacturers, but which are guaranteed to run the Android platform well.

As such, the Android One program also requires that manufacturers use an unmodified version of Android 4.4 KitKat, which launched in 2013 with a focus on optimisation for low-end hardware. Not only does this ensure consistent performance, but it also means that Google can provide quick, direct software updates.

Android One devices will also have guaranteed access to the Google Play Store, which hasn’t always been the case with low-end devices in such countries. 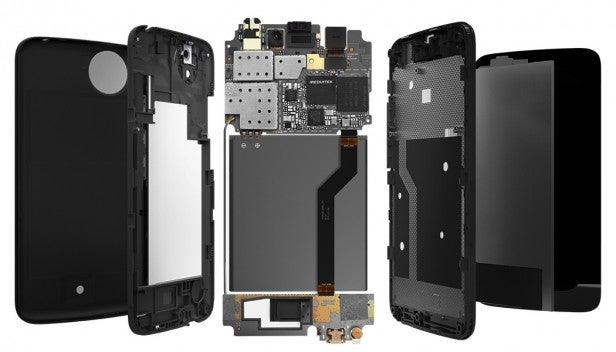 This might sound a bit like Google’s Nexus program, but there are some notable differences. Nexus devices like the Nexus 6 and Nexus 9 sees Google working closely with one manufacturer at a time to produce a relatively high-end reference device.

These Nexus phones and tablets don’t tend to be marketed particularly strongly, and they don’t sell too well compared to other top Android devices.

With Android One, Google is providing a template for multiple manufacturers to exploit, and it means to help sell millions of handsets as a result.

Related: Nexus 6 vs iPhone 6 Plus

The first batch of Android One devices announced in India back in September came from Indian manufacturers Micromax, Spice, and Karbonn. Each have the same basic hardware set-up – 4.5-inch 845 x 480 displays, 1.3GHz quad-core Mediatek processors, 1GB of RAM, 4GB of internal storage, a microSD slot, front and rear cameras, and the dual-SIM configurations that many developing markets demand.

Google also partnered with local networks to ensure that there were compelling high-value data deals in a country where there are relatively few fixed internet connections. After all, getting more people using the internet is Google’s ultimate goal here. 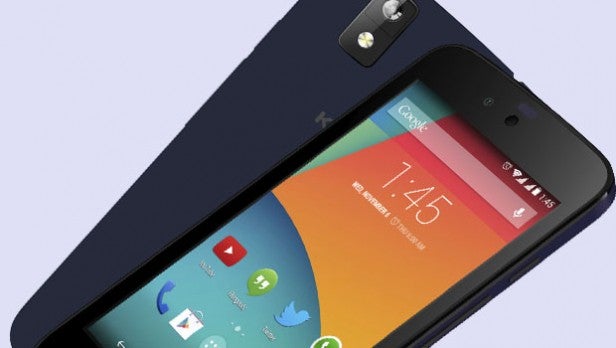 What do you think of Android One? Let us know in the comments.