The HTC U Play runs Android 6.0 Marshmallow rather than the 7.0 Nougat version included with the HTC U Ultra at launch. That means the phone has Android’s older, simpler notifications system, and no full dual-app multi-tasking.

While I have missed the 7.0 notifications system a little, the idea of using two apps simultaneously on a screen that’s just over 5 inches across isn’t exactly attractive. For now at least, Android 6.0 will do.

Anyway, it’s the custom interface on top that determines how the HTC U Play feels, and as is the case with just about all other HTC phones, the U Play has HTC Sense. This is a very long-standing custom UI, but in this phone at least it doesn’t seem to have changed radically from last year’s high-end HTCs. 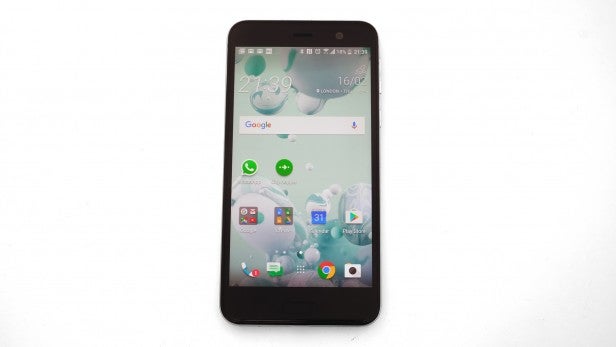 At the launch of the U series, HTC was keen to talk about the artificial intelligence behind Sense, which in Google Now-like fashion is meant to offer suggestions based on your behaviour. Sadly this feature isn’t available, and HTC has said it’ll come in an update later in the year. I’ll update this review when it finally appears.

Plain HTC Sense is a perfectly pleasant interface, if one that subscribes to slightly different design principles than vanilla Android. Namely, there’s a little more interface, with a toolbar in the apps menu, the BlinkFeed newsfeed baked in, and pagination of your apps collection. 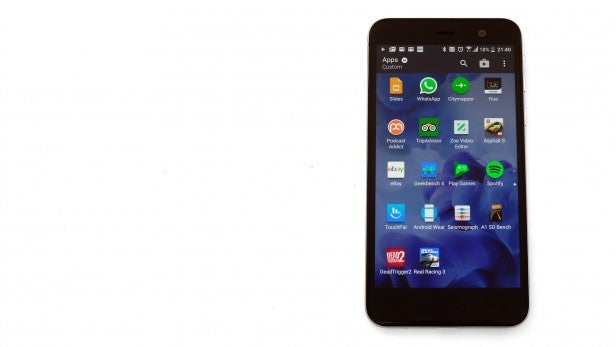 This lets you perform a greater degree of customisation, such as changing the background of the apps menu and “hiding” apps you don’t want on there. Themes also let you re-skin the HTC U Play with very little effort.

The only challenge is finding a theme that doesn’t make the phone look worse. There are a lot of questionable themes to sift through. 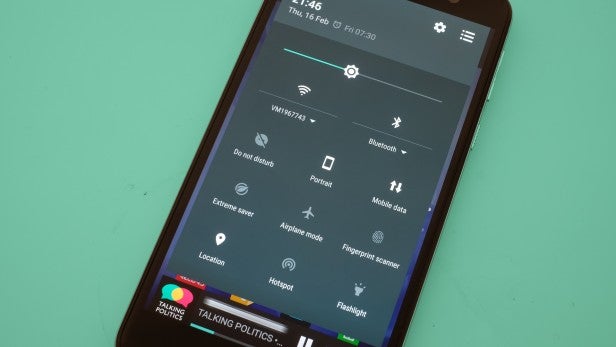 The HTC U Play feels pretty fast when you’re just flicking around the interface and diving into the sort of apps most people use day-to-day: Facebook, Chrome and so on. It has a MediaTek Helio P10 processor and a solid 3GB of RAM.

It’s only DDR3-speed RAM, though, running at less than half the speed of the dual-channel DDR4 of the OnePlus 3T.

The HTC U Play’s core hardware is that of a mid-range phone, when the price really tips closer to high-end territory. This is made all the more obvious given the phone arrives at a time when some of 2016’s flagships are available at a lower price than their original. 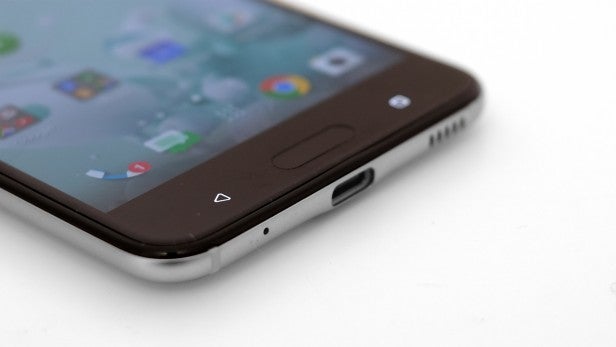 This device’s processor has eight cores, but they’re all of the Cortex-A53 type, generally used as “everyday” cores in high-end phones. You’ll see the same cores in phones such as the Motorola Moto G4, but running at a lower clock speed.

Benchmark performance is uninspiring. The HTC U Play scored 2,790 in Geekbench 4, while the OnePlus 3T managed 4,256 (multi-core). The power of this phone is much closer to the Motorola G4, which is now available at well under half the original price.

In some respects, the Moto G4 performs better too. With certain demanding games, the HTC U Play is quite choppy, the frame rate low enough to make them less fun to play. Games affected include Gameloft’s excellent racer Asphalt 8 and, to a lesser extent, Dead Trigger 2 and Real Racing 3.

This isn’t the first time we’ve seen such performance from a phone using the Helio P10 CPU. The Oppo F1 Plus suffers from the same issue, but it appears worse in the HTC U Play since we’re the best part of a year on, and this phone is even pricier.

Despite looking similar on the surface, the Samsung Galaxy A5 is more successful: it, too, has a mid-range CPU, but one with a punchier GPU.