What is the HTC U Play?

The HTC U Play is part of a HTC’s new 2017 family of phones, and it offers something different from a company that in recent years has become a bit too fond of rehashing old ideas.

A sibling to the HTC U Ultra, the Play is the smaller, more conventional of the two – but at £399, it isn’t cheap. That a mid-range phone can cost this much provides some indication of how expensive some 2017 phones will be.

However, as striking and premium-feeling as the device is, the HTC U Play has a few too many issues to make it a must-buy. Be sure to check out the Samsung Galaxy A5 too. 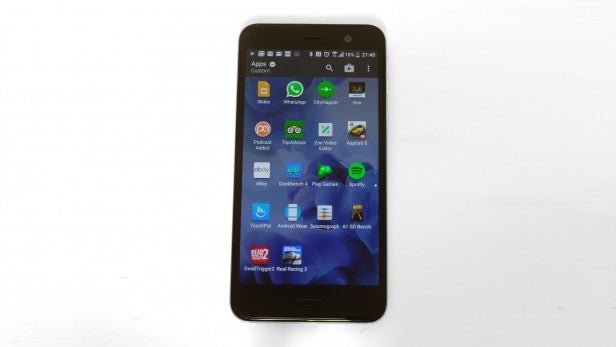 The overall design of the handset is one of the HTC U Play’s key appeals. Like the Samsung S7 family, it’s made of metal and glass, but has a smoother, more rounded shape. HTC calls it “liquid surface” design.

There’s some justification for this: the curvy glass back distorts reflections in quite a liquid-like fashion. The off-white version I’m using also has a pinkish, almost pearlescent tint to it, making it much funkier-looking than the average white phone.

The HTC U Play is also available in pink, black and blue. 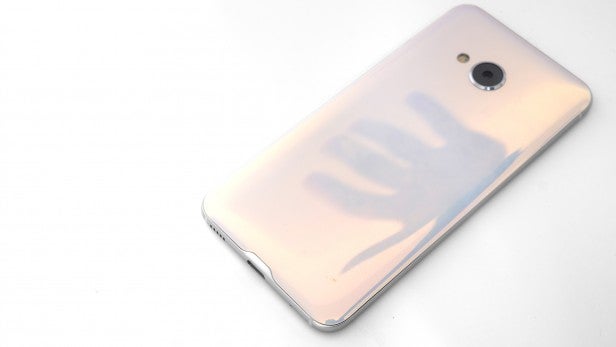 Those who have suffered damaged phone screens in the past may not like the idea of a device that has even more glass, but the HTC U Play does at least use Gorilla Glass 5. In tests it survived a fall onto a hard surface from a pretty lofty 1.6m 80% of the time, where Gorilla Glass 4 is only intended to handle 1m falls.

So the HTC U Play looks great and feels great, too, in keeping with the price. It also has a decent 32GB storage, a microSD slot and includes an excellent fingerprint scanner under the screen. The latter is reliable, using an immovable pad rather than a button as is the case on the Galaxy A5. 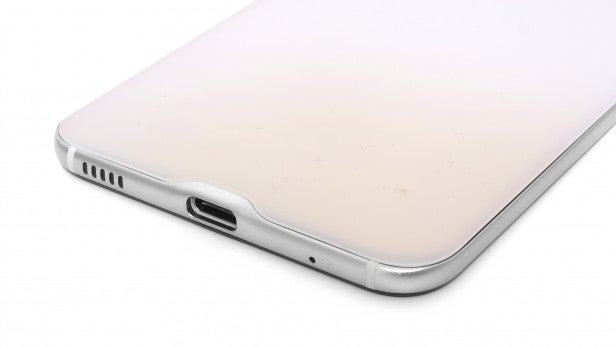 The picture isn’t all rosy, though. The HTC U Play doesn’t have a headphone jack, only a USB Type-C port. Right now, there are fewer USB Type-C earphones than even iPhone Lightning port units, with the first big-name release the JBL Reflect Aware C.

HTC includes a reasonable set of earphones, with fun bass – but otherwise, sound quality isn’t all that impressive, and there’s no 3.5mm adapter. Even if you buy one, it still won’t be possible to charge your phone while listening to music.

If the trend for 2017 phones is to follow this same route then we may see a huge influx of USB Type-C headphones soon, but the HTC U series alone won’t speed this up.

I get the sense that HTC considers it a forward-looking move, but when the phone is a fairly normal 8mm thick, it makes a hollow statement; one of the arguments for eliminating the headphone jack is that allows manufacturers to make their handsets slimmer. Another might be to improve water resistance, but the HTC U Play doesn’t arrive making any water-proofing claims. 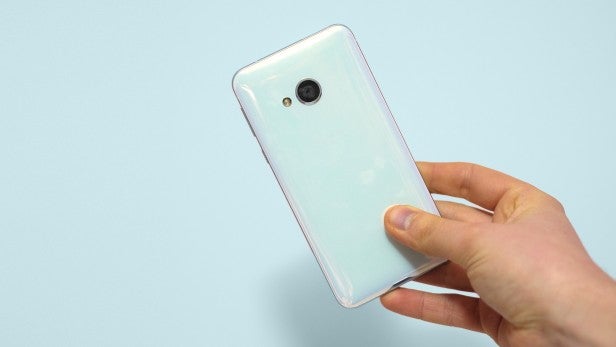 The HTC U Play has a 1080p Super LCD screen that looks very similar to an IPS LCD panel. You can get higher-resolution displays at 5.2 inches – the Samsung Galaxy S7 is the most obvious example.

The HTC U Play’s screen has a light texture of diagonal lines across it, visible when you get close. It’s one of those niggles you’ll notice only when looking for problems; otherwise, the HTC U Play’s screen is a match for the price. It’s sharp, bright and colourful – there are no major issues here. 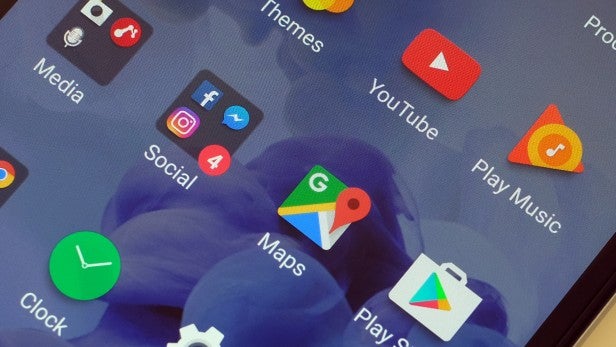 In darker rooms blacks aren’t quite as deep as those of the OLED Galaxy S7, but it’s only in such settings that you’ll notice any obvious limits to the contrast.

Real screen purists will note that, like most higher-end phones, the colours are slightly punchier than the sRGB standard – and you can’t change that. However, you can give the screen a warmer or cooler skew using a temperature slider in the Settings menu.

As you can see from our photos, the HTC U Play doesn’t have the funky second screen of the U Ultra. It’s a normal phone.