Even though Google’s Android N developer preview is now out, Marshmallow’s presence should be a key selling point. Android Marshmallow is the best mobile operating system currently available and has a number of nifty features. These include a robust set of application-specific privacy controls, user-friendly Material Design and a decent portfolio of battery-saving services.

However, initially I was concerned the Sense Skin may hamper the OS’s overall appeal. I’ve never been a fan of Android skins for a variety of reasons – chief of which is their tendency to add bloatware to Android.

Luckily, once I started playing with the Desire 530, I found my initial concerns, generally, weren’t warranted. As Android skins go, Sense is one of the better options out there. The OS does add some bloatware apps, but generally manages to make positive (or at least inoffensive) changes to the standard Android experience.

HTC’s Blinkfeed news aggregator window is the most obvious Sense addition on the Desire 530. Blinkfeed is a custom feature that can be accessed by swiping left from the phone’s home screen. 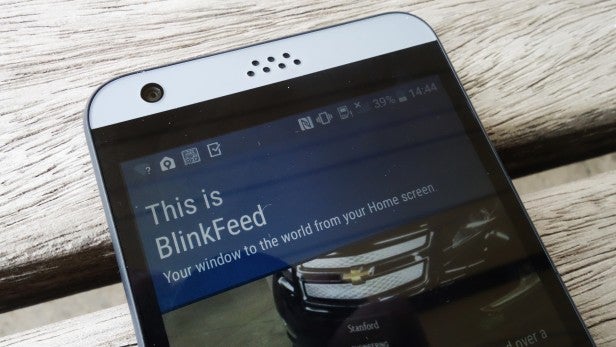 It aims to make it easier for users to keep on top of the daily news by pulling content in which it thinks you’d be interested into a tiled user interface. It doesn’t always get these recommendations right and it often pulls in too many stories from too few sources, but as a quick news digest it’s perfectly palatable.

Sense’s Theme Store is another potentially useful feature. It lets you customise the Desire 530 design to meet your personal preferences. There’s a decent selection of pre-made themes,  and you can even make your own themes from scratch, which matches the custom feel of the phone’s Micro Splash-painted chassis.

The Desire 530’s tweakability is great, but its appeal is hampered by poor performance. Running TrustedReviews’ standard suite of benchmarks, the Desire 530 is easily one of the worst-performing phones I’ve tested.

The scores aren’t surprising when you look at the Desire 530’s hardware. The phone runs using a Snapdragon 210 CPU and 1.5GB of RAM.

The Snapdragon 210 is a low-end chip that’s designed for super-cheap handsets. It may, on paper, look reasonably good, being LTE-ready and quad-core, but the truth is that it doesn’t deliver performance-wise.

The Desire 530’s performance on the gaming-focused 3DMark tests was similarly underwhelming. Running 3DMark’s IceStorm Extreme benchmark the Desire 530 scored 4,162. This is close to half what I’d expect a budget smartphone to score. 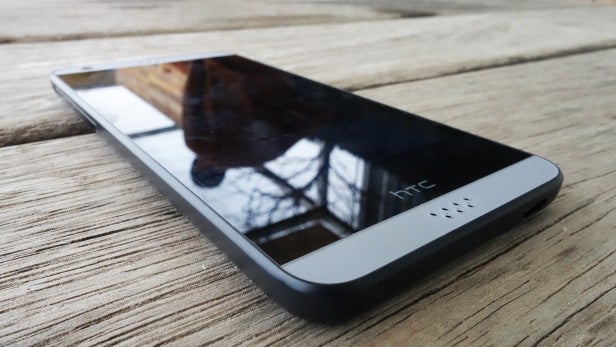 It wasn’t just synthetic benchmarks where this phone struggled: using it as my regular phone was a frustrating experience. While video streaming over Wi-Fi and 4G was generally smooth, on too many occasions the phone inexplicably stuttered when navigating between menu screens.

Games such as Riptide GP2 also suffered from performance issues and in general the phone feels too slow by today’s standards. Even opening applications took multiple seconds longer than I’d like.