Battery life is one area where the Desire 530 meets expectations. I generally managed to get at least a day’s use out of the 2,200mAh battery with regular use. This entailed listening to music on the way to and from work, sporadically attempting to check my messages and social media feeds, streaming an episode of House of Cards via Netflix at lunch, and taking and making a few calls. 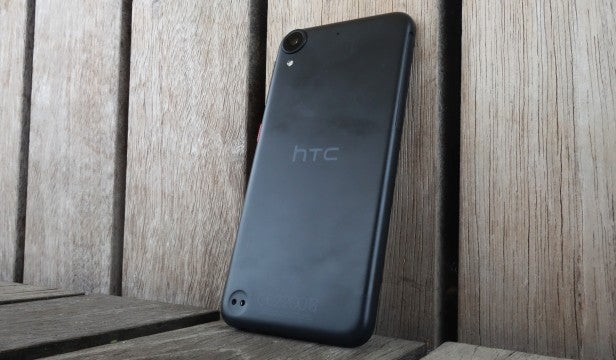 The phone also deals with battery-intensive tasks reasonably well. Streaming video on popular services such as Netflix and BBC iPlayer, the phone lost an average of 13-16% of its charge per hour. The discharge rate isn’t the best I’ve seen, but it’s also far from the worst. Some of the other affordable handsets I’ve tested lose as much as 20% per hour with video streaming.

Normally I’d give you an indication of how much battery the Desire 530 lost with gaming, but sadly the performance problems once again hampered my efforts. Trying to play even moderately demanding titles such as Riptide GP2 on the Desire 530 was such a choppy experience that I never once managed to play for a full hour before losing my patience and pulling out my Pixel C.

HTC lists the Desire 530 as featuring its famed Boomsound speaker tech. But don’t be fooled: the phone doesn’t have the same dual-speaker setup seen on more pricy HTC handsets.

HTC has designed the phone to look like it has two speakers, but the Desire 530 actually only has one. The mono speaker is housed on the bottom of the phone and doesn’t offer terribly good audio.

Like 99% of the smartphones I review, audio lacks low-end oomph and has a tendency to sound tinny and distorted when pushed to even moderately high volumes. If blasting music out of your phone is your thing, then the Desire 530 won’t be for you.

Call quality is slightly better, though a little on the quiet side. Taking and making calls around the office the internal speaker and microphone were up to task. But when making calls on London’s busy streets, people on the other end of the line regularly struggled to make out what I was saying. 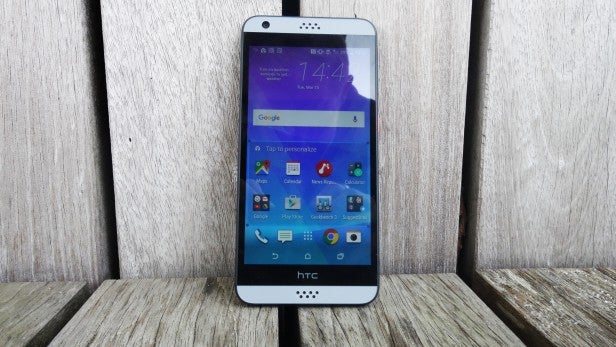 A few years ago, when affordable smartphones were ‘smart’ in name only, the Desire 530 would have been a reasonably decent choice for buyers on a budget.

But in today’s world, where consumers are surrounded by great affordable handsets like the Moto G, EE Harrier and BQ Aquaris X5, its low-end specs don’t cut the mustard. The Snapdragon chipset used doesn’t offer adequate performance and comes close to completely ruining the overall user experience. Because of this, I can’t recommend the device, no matter how competitively priced HTC makes it.

This is a little sad, as the handset’s Micro Splash finish makes it one of the best-looking affordable smartphones around.

The Desire 530 performs too poorly to be a genuine budget option. No matter the price, this is a phone you should not buy.