Out of the box, the x2 runs Windows 8.1, though you’re instantly eligible to upgrade to Windows 10 for free. We’d recommend downloading the new OS straight away, as it’s far superior to its predecessor.

The new Start Menu is the star of the show, but Microsoft’s also brought its digital assistant Cortana and the brand new Edge browser on board. Simply put, Windows 10 is more user-friendly than Windows 8.1 for both touch users and traditional mouse-and-keyboard users.

The new operating system isn’t the only freebie on offer, however. HP’s also bundled the x2 with a one-year subscription to Office 365 Personal, which would usually set you back a stonking £59. That’s certainly a sweetener.

Like so many other affordable laptops, the x2 comes pre-loaded with a range of programs. Some are handy installations, others aren’t so much.

Since users typically make it their first download when they buy a new computer, Skype falls in the first camp. As do the Netflix and TripAdvisor apps.

Less beneficial are WildTangent, a games app, 7-Zip, a third-party alternative to the native File Explorer, and the Booking.com app, which simply redirects you to the company’s website. Fortunately, they’re all easy to uninstall. 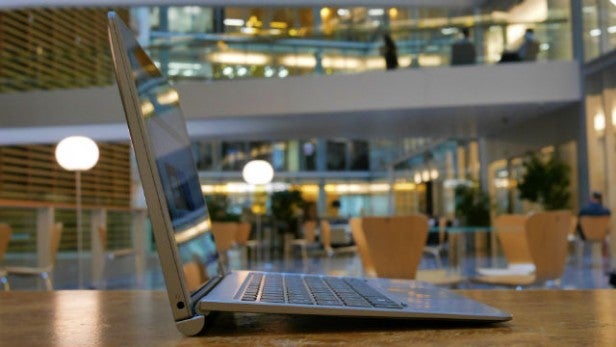 Being a low-level machine, it’s no surprise to find that the x2 is powered by a modest combination of Intel’s 1.33GHz quad-core Z3736F processor and 2GB of RAM.

It’s a pairing that will get you through basic tasks, such as word processing, browsing the web and watching movies and TV shows. Boot speed is also zippy, enabling you to go from off to the desktop in less than 30 seconds.

If you like to play games or edit videos in your spare time, the Pavilion x2 isn’t powerful enough for you.

A concern we do have is that the left-hand side of the rear is constantly warm while the x2 is on, growing increasingly hot with time. However, this is nothing more than a worry, as it’s never overheated during our tests. 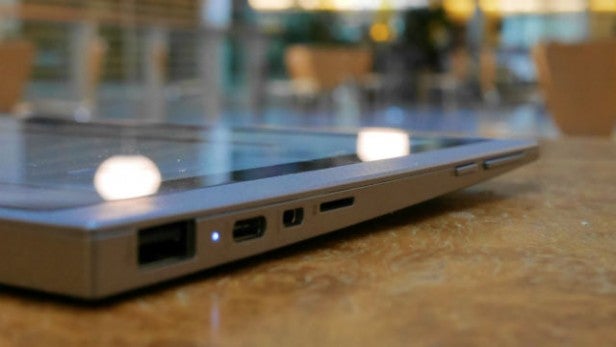 Our sample comes with 32GB of storage on board, though you can shell out an additional £60 to boost that to 64GB. Alternatively, you can save yourself some cash by picking up a microSD card, which you can pop into a slot on the right-hand edge of the tablet element, beneath the Start button.

Neighbouring that are microHDMI, USB C and USB 2.0 ports. The headphone jack lies on the opposite edge, while there are no connections to speak of on the keyboard dock.

The HD TrueVision webcam sat directly above the screen is more than good enough for Skype video calls, but we’d recommend sticking to your smartphone camera sensor for shareable selfies. The images captured by the webcam lack fine detail, looking soft and fuzzy, though that shouldn’t put too many potential buyers off.

HP claims the Pavilion x2 is capable of hitting a lofty 12 hours of mixed use between charges. In our battery test, which involved us putting the x2 in Airplane mode and looping an HD video, it lasted for an impressive seven hours. That makes it an ideal companion for long days in lecture halls, and it should stay alive until the end of the day, even when you can’t get near a power socket.

The Click Mini comes closer to the 10-hour mark, but features an extra battery in its keyboard dock. As a tablet alone, Toshiba’s model can’t come close to matching the x2.

Unfortunately, it’s a slow charger, taking three and a half hours to pump up to 100 per cent from flat. A 30-minute charge only takes it to the 11 per cent mark, which would barely get you an hour of joy. 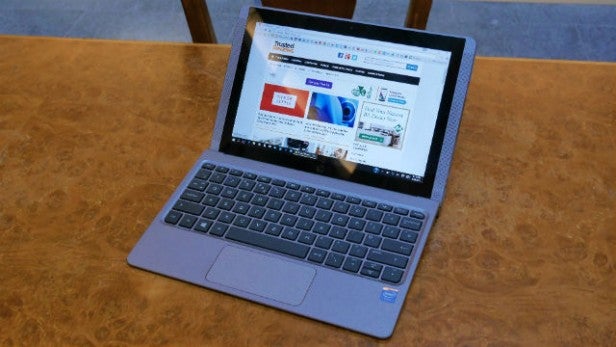 Should I buy the HP Pavilion x2?

HP’s produced a mixed bag with the Pavilion x2. It’s essentially a very basic machine in the body of something far more flash. Does it work? Sort of, but you really need to be sure of what you’re after.

If you’re convinced by the two-in-one form factor, and definitely want a device that can masquerade as either a laptop or a tablet, the x2 is certainly tempting. It’s compact, tough, can be used in multiple modes and comes bundled with a free copy of Office 365 Personal

Battery life is another high point and, as long as you’re realistic about performance, the x2 will not let you down.

However, its poor trackpad, uninspiring display and limited range of ports could prove problematic for many users. If you’re willing to consider a traditional laptop instead, the HP Stream 11 and Chrome OS-running Toshiba Chromebook 2 are excellent affordable alternatives.

A reliable and affordable two-in-one, but excellent alternatives are out there.