What is the Honor 7?

The Honor 7 is the latest smartphone from Huawei’s spin-off company Honor. The £250 handset follows a trend set by OnePlus in that it aims to offer buyers top-end specifications and features traditionally seen on smartphones that are close to twice the price.

From purely a hardware perspective the Honor 7 achieves this goal and, despite featuring Huawei’s dire Emotion UI skin, is a solid smartphone that offers good value for money.

Honor made a big deal about the Honor 7’s design at the phone’s London launch. Specifically, the firm made a song and dance about the fact that, unlike most smartphones in the £200-£300 price category, the Honor 7 features a “sand-blasted” metal backplate.

The plate wraps around the phone’s sides and makes the Honor 7 feel more solidly built than its key rivals: the OnePlus 2 and Moto X Play. 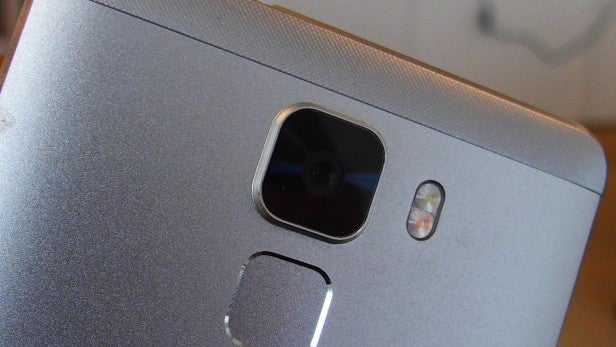 The Honor 7’s sturdy build is aided by the phone’s Sapphire Crystal camera lens, which helps protect the sensor from scratches. However, the phone’s premium feel is slightly let down by the addition of plastic along the top and bottom edges.

From a distance it doesn’t look too bad, since the plastic panels are designed to look like metal and feature a textured finish. Up close, however, they destroy the illusion that the Honor 7 is a top-end phone as they look bolted on.

To be fair to Honor, though, the design still feels reasonably premium. However, I personally prefer the look and feel of the OnePlus 2, which features metal sides and a polycarbonate, textured backplate.

I was impressed with the Honor 7’s custom smart key and rear fingerprint scanner. The smart key is a physical button on the phone’s side that can be configured to open specific applications or services when pressed.

While this may sound insignificant, I found the ability to customise the button’s function useful. For example, during a press event where I had back-to-back interviews, I was able to set the button to activate a dictaphone app.

At a basic level the Honor 7’s fingerprint scanner offers the same functionality as that of most smartphones. Sitting on the phone’s rear, it lets you set the Honor 7 to unlock or approve certain actions only once its holder has proven their identity.

However, Honor has also loaded a few extra functions onto the scanner to make it more useful. For example, once unlocked, a swipe down on the rear scanner pulls down Android’s notification, while a swipe left or right in the photo app lets you scroll through captured images.

Also welcome is the inclusion of a microSD card slot, which enables users to add a further 128GB of storage to the Honor 7’s built-in 16GB of space.

The display techonology is often the first features potential smartphone buyers notice about a handset. Aware of this, the Honor 7 comes loaded with an impressive 5.2in panel. With a resolution of 1,920 x 1080, the IPS-NEO Full HD touchscreen offers a pixel density of 424ppi.

This almost puts the Honor 7 on a par with its key rival, the OnePlus 2, which features a 5.5in, 1920 x 1080, 401ppi pixel density display. However, in real-world use, I found that the Honor 7’s display performs better than most smartphones in its price range – and this includes the OnePlus 2. 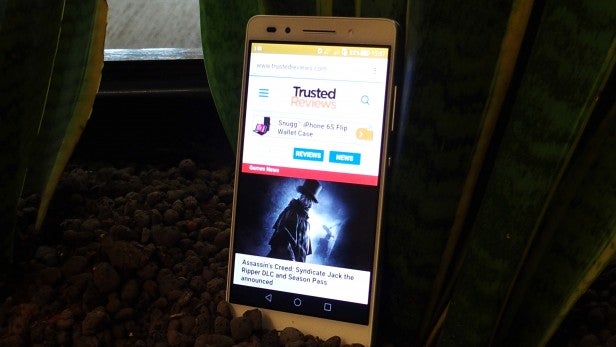 The Honor 7’s screen brightness is significantly higher than any sub-£200 smartphone I’ve used, and it made the OnePlus 2 look outright dull. In fact, it was so bright that I found myself regularly having to turn off its auto setting and manually lower the brightness.

Colours, while slightly oversaturated, are also satisfying: the RGB calibration is decent, and so makes them look reasonably realistic. Contrast levels are also superb. Overall, I’m impressed with the Honor 7’s screen.

IPS-Neo is a variation of the regular IPS screen technology seen on many smartphones, such as the OnePlus 2.

It aims to improve screens’ viewing angles and contrast ratio using a special form liquid crystal, which can be uniformly aligned on a display’s glass substrate. This helps to eliminates any potential unevenness in the tech’s circuit pattern that may hamper performance.