The Pixel 2 runs using Qualcomm’s older Snapdragon 835 CPU and only has 4GB of RAM. This puts it a fair step behind competing 2018 flagships, like the Galaxy S9, which runs using the newer Snapdragon 845 processor and OnePlus 6, which comes with 6GB or 8GB of memory.

However, with real-world use, the Pixel 2 still perfectly feels nippy and is more than powerful enough for everything from web browsing to gaming. After a year’s use, I haven’t noticed any serious performance degradation either.

Many phones begin to slow down the longer you use them but the Pixel 2 still feels lightning fast. To this day it still opens apps in seconds and runs games like PUBG Mobile with zero issue. If you’re after a phone that’ll maintain its performance long-term the Pixel 2 is still great.

The basic model includes 64GB of storage, and there’s a 128GB version available too. Note that there’s no microSD expansion, think about how much you rely on a phone’s internal storage versus cloud solutions before you lay down any cash. 64GB should be fine for the majority of users, helped by the fact that Google provides unlimited full-res uploads of your photos and 4K videos until 2020 via Google Photos. 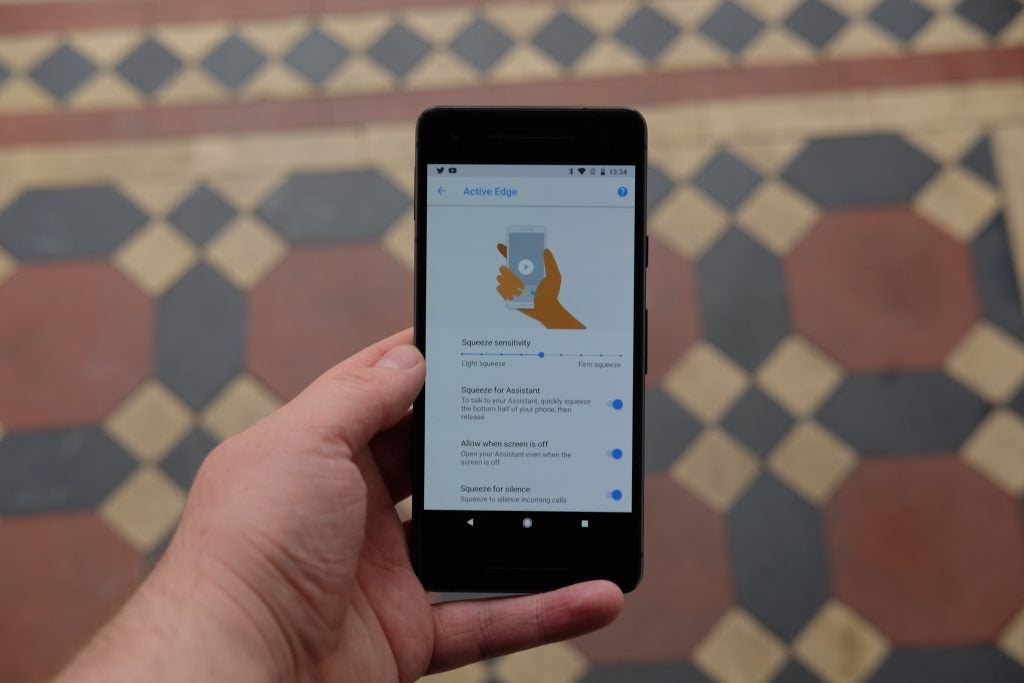 The original Pixel was hindered by terrible speakers. A single, pokey grille on the bottom was easily blocked when watching videos. In the Pixel 2, Google has switched to dual front-facing speakers that produce stereo sound that’s pushed directly at you. They sound far better than those in the original Pixel, but they’re not quite as detailed and base-heavy as those on the likes of the iPhone 8.

WiFi performance is good, although it isn’t as fast at switching and connecting to networks as Huawei’s phones. Call quality is excellent, too.

The Pixel 2 isn’t the most spec-heavy phone out there, nor does it have all the bells and whistles you’ll find on similarly priced phones from Samsung, LG or Huawei. However, none of this will matter when you start using the device.

The Android 9.0 Pie software experience that the phone was recently upgraded to is so much cleaner, so much smoother and so much easier to use than any other Android skin that’s come before. I can forgive the lack of an HDR display or microSD slot, simply because it’s such a pleasure to use an Android phone that isn’t brimming with bloatware and superfluous extras.

Google has been tinkering with the home screen for years now and I think the launcher on the Pixel 2 is the best it’s ever been. The Google search box has moved to sit below the icons, meaning you don’t need to reach up to interact with it, and a dynamic weather and calendar widget changes depending on your upcoming appointments. There’s also a selection of incredibly cool wallpapers that subtly changes throughout the day.

Google Assistant was the big software addition with Android 7.0 – taking on Apple’s Siri with ease and quickly extending to others devices such as the Google Home. The coolest new feature is Google Lens. Announced at the developer-focused I/O conference in 2017, Lens scans your photos and brings up relevant search results for information it finds. 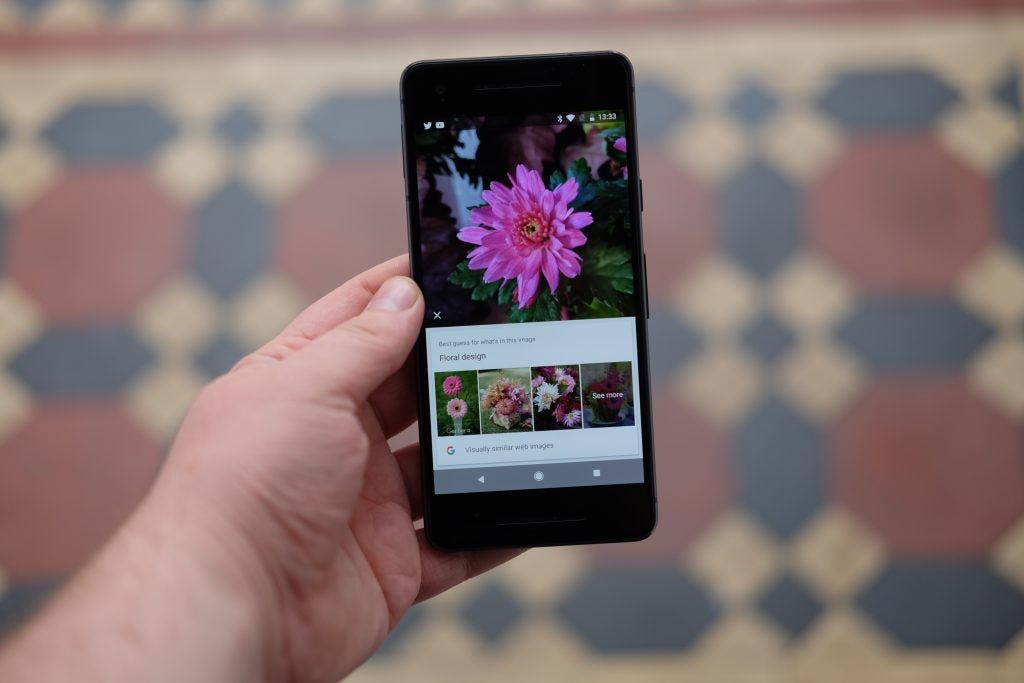 Google Lens on Android 8.0 as it appeared on the Pixel 2, ahead of the Android 9.0 update

For instance: I took a picture of a plumber’s van, ran it through Lens and it grabbed the phone number and offered up a link to their website. It seems to work with memorable places, food items and other electronics too. Obviously, it’s still very early stages and there’s room for improvement. It struggles when there’s a lot going on in a photo – and, oddly, if there’s a beard in frame then it will always bring up ‘beards’ as the search result. I’d also like to see Lens integrated into the camera, rather than being a part of the Photos app, something other phones have implemented since the phone’s launch.

Another inclusion is part-software and part-hardware. Stripped straight from the HTC U11, the sides of the Pixel 2 are pressure-sensitive. Grip the phone, squeeze and the Assistant will pop up. Unlike on the U11, you can only use the squeeze function to open up the Assistant; you can’t remap it to anything else. This instantly makes it limited – especially since the Assistant isn’t exactly hard to initiate anyway.

Squeezy-features aside, the software at the heart of the Pixel 2 is the best there is on any Android phone. For me, that makes up for shortcomings in other areas.

It isn’t quite perfect, though. I prefer the much deeper battery-saver modes in Huawei’s and LG’s devices, the screen colour tools in Samsung’s software, and icon customisation in Oxygen OS on the OnePlus 6.