With excellent battery life, solid noise isolation and solid audio, the EOZ Airs are fantastic pair of wireless in-ears. The only downside is that a couple of niggling issues make them ill-suited for runners and regular gym goers

If you’re after an alternative to the Apple Airpods (2019) that’ll offer decent noise isolation, marathon-long battery life and not break the bank, then the EOZ Air may well be the pair of in-ears for you.

The first true wireless earphones from the French upstart have a lot going for them, chief of which is an astounding 90 hour battery life.

But be be warned, while the EOZ Air are great for general users, you wouldn’t want to run an actual marathon in the them as they are unsuited for gym use, or while running, for one key reason.

Starting with the positives. Out of the box the EOZ Air are an interesting beast, even by true wireless standards. The earphones come with a clip design, which is rare for non-gym true-wireless sets. This, plus the robust choice of three silicon and two memory foam eartip options and a ‘vegan leather’ secure lease, make it possible to get a wonderfully solid seal with the EOZ Air.

Outside of the Sony WF-1000x, which come with ANC (active noise cancellation), I’m yet to find a true wireless that offers better noise isolation and a more solid fit. Make no mistake, once you’ve got the right sized tips attached, these earphones won’t dislodge unless you want them to.

Build quality is also excellent for a set this price, with the green unit I reviewed having a wonderfully sturdy build. 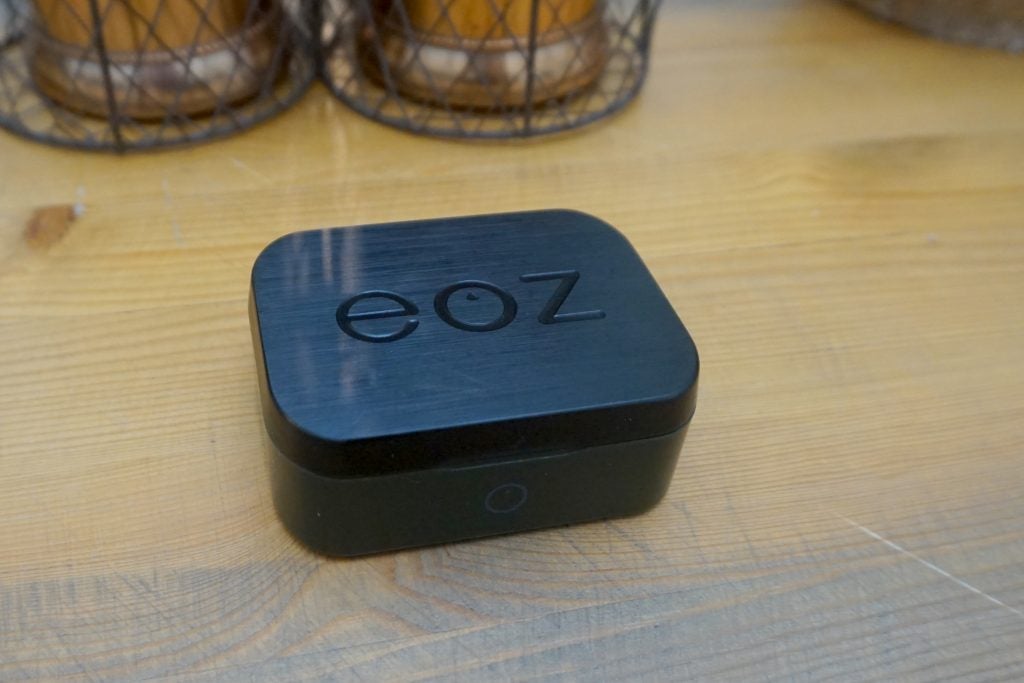 The quoted 90 hour figure is how much you’ll get using the charge case, which houses a meaty 2200mAh battery. To put that in perspective that’s a clear step up on competing sets like the Galaxy Buds, Amps Air 2.0, TicPods Free and B&O E8 2.0 – some of which have less than half the battery capacity.

After a solid fortnight with the EOZ Air I can confirm the earbuds battery life is industry leading. Using them as my primary commute and work headphones with the buds and case fully charged I’m yet to have to reconnect them to the mains.

The buds six hour battery life also rang true with them easily lasting from 9am to 3pm before putting them back in the case on a regular basis. This doesn’t sound like much, but for true wireless it’s a serious achievement. It gives the EOZ Air the best battery life I’ve seen on a true wireless set.

The only downside to the capacity is that it also means the case is outright huge and close to twice the size of AirPods (2019) and Galaxy Buds charge cases. You won’t be able to comfortably carry these around in the pocket of your skinny jeans. 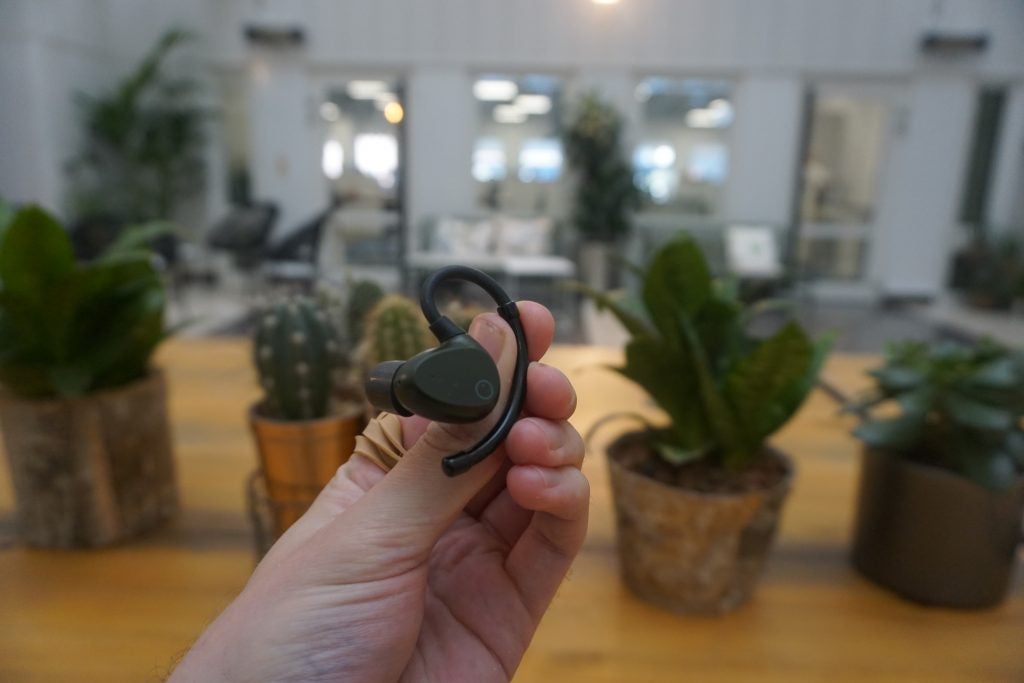 So far so good? I thought so. Especially given how the design and battery life make the EOZ Air, on paper, a perfect option for runners. But sadly there are a few issues.

The IPX6 sweat resistance rating means that the earphones should be rugged enough to survive the odd run in the rain. But I had a disastrous experience with the first review unit I tested. During my first 5km wearing them, the left bud unceremoniously stopped working mid-run and subsequently refused to charge when put back in the case.

The second set hasn’t died yet, but I have had the occasional connectivity dropouts, even when running around areas that aren’t that busy, like Deptford Park. The issue was systematic of a wider problem, where the two earbuds will repeatedly go out of sync about once or twice a week. The re-pairing process (via Bluetooth 5) is fairly self explanatory, but it is an annoyance when it happens mid-workout.

The touch controls were also slightly finicky. Even a casual stroke or drop of sweat could cause them to skip tracks or pause music unintentionally when running. 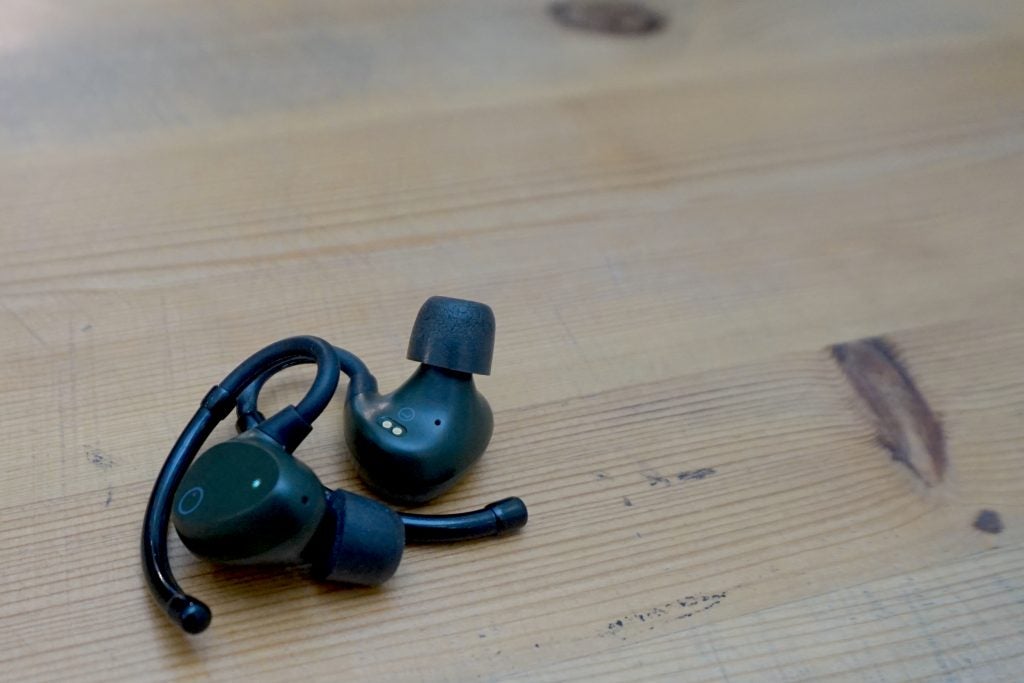 EOZ Air sound quality – Decent for the money, but not the best you can get

Audio quality on EOZ Air is good, and a cut above what you’ll get on competing sets such as the Galaxy Buds and Apple Airpods.

Tonal balance is ok, and for the most part no part of the sound overly intrudes on the other. Listening to classic rock, the rumbling bass was nicely removed from the crunchy lead and rhythm guitar while piano keys had a decent ringing quality.

The only time I had any issue I had with tonal balance occured when listing to complex arrangements, like post-rock and neo-classical. With complex textured tracks, the mids would occasionally get drowned out.

Overall audio quality is also solid, with most tracks having suitable, albeit not industry leading, dynamism. Attack punk parts had power and breakdowns in rock songs had suitable weight. The only other minor issue I had is that at high volumes the EOZ Air could begin to distort and sibilance did creep in, but only at the point the volumes were so high I can’t see many people comfortable listening at them. 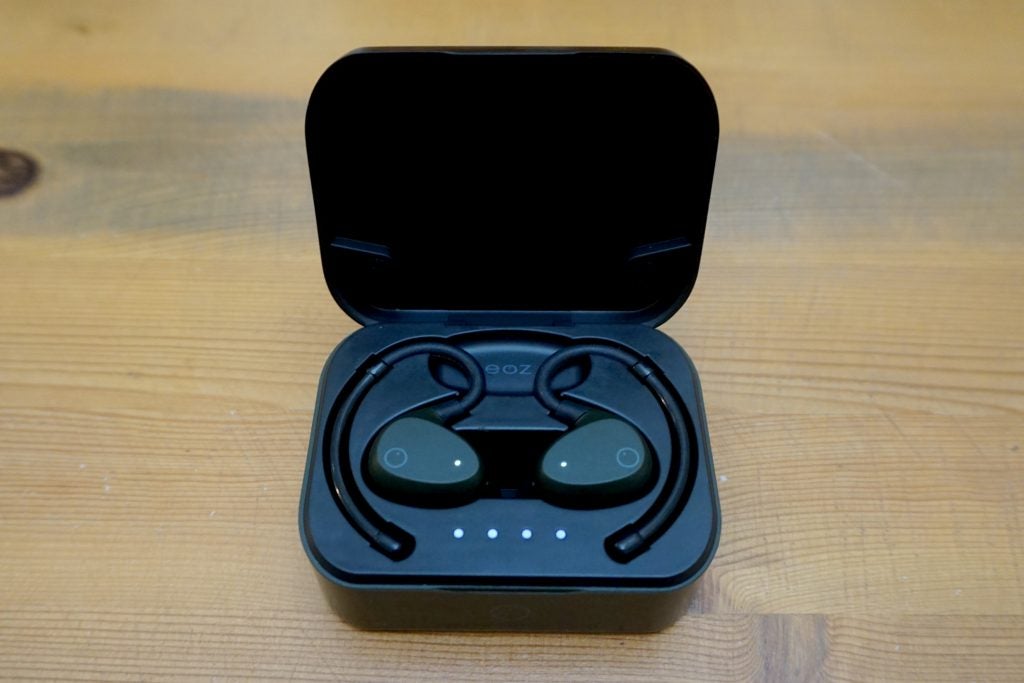 Should I buy the EOZ Air?

If you’re after a pair of true wireless earphones for around £100 then you could do a lot worse than the EOZ Air. They offer a rock solid fit and seal and offer above average audio for this price. Add to this their marathon length battery life and they become a great choice for casual music listeners and people with long commutes.

The only downside is that they are prone to pairing issues and dropouts which will be an annoyance for gym users and runners.