MediaTek’s Helio X10 64-bit octa-core processor is arguably the best yet produced by the chipset maker, offering processing parity with the likes of the Snapdragon 810 and Exynos 7420, which power the HTC One M9 and Galaxy S6 respectively.

Clocked at 2GHz, the chip inside the Vowney provides blistering performance, despite having to push all of the pixels on that dense 2K screen. The fact that the phone is equipped with a whopping 4GB of RAM certainly helps. The extra memory means moving between applications is near-instantaneous, and lag as a result of multitasking is rare.

It might sound like an exaggeration but the Vowney feels faster than pretty much any other Android device I’ve used in the past 12 months. 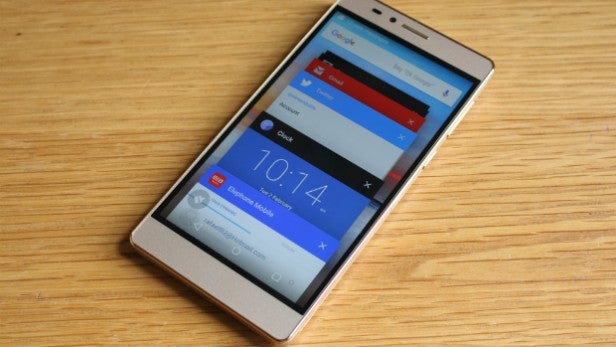 Benchmarked on TrustedReviews’ usual suite of tools, my positive impressions were reinforced. On Geekbench 3, the Vowney returned a single-core score of 859 and a multi-core score of 4,733 . The latter places the phone in the same ballpark as the Galaxy S6 and betters the recently released Nexus 5X. However, both of those phones boast better single-score results.

Running 3DMark’s Ice Storm Unlimited – a benchmark tool designed to scrutinise the 3D muscle of a phone’s graphics processor – delivered a score of 11,304, which although behind the Galaxy S6 (around 16,000) remains a decent result. Despite having all those pixels to push, the Vowney is excellent for 3D gaming, with titles such as  Real Racing 3 running without a hitch.

The loudspeaker on the Vowney is located along the handset’s bottom edge, which means if you place the phone top-end down into your pocket, you should be able to hear it ring even in busy environments.

In reality, the speaker here could have benefited from being a little louder. I missed a few calls when I was out and about because I simply couldn’t hear the ringtone above the noise of traffic. A volume-booster setting can be found in the options menu, but it has the unwelcome drawback of causing audio to distort, so I chose to leave it switched off.

Call quality is generally good, with clear incoming and outgoing voice audio. As is the case with the loudspeaker, the earpiece isn’t as powerful as I’d like. Even with the call volume ramped up to maximum, there were times when I was struggling to hear the other person in noisy environments. 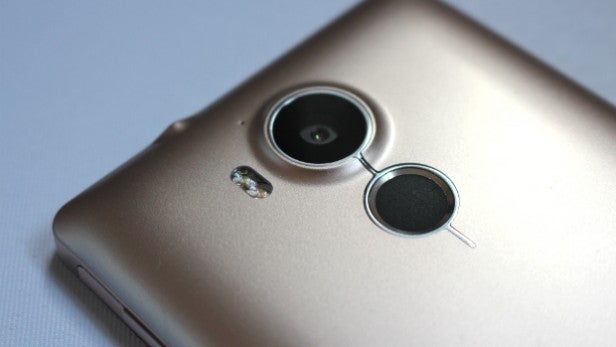 The Sony-made IMX230 sensor on the Vowney’s rear camera has a 21-megapixel count, which places it in the big leagues of the mobile photography world.

In terms of quality, however, the images fall short of what you’d expect from a sensor with this kind of clout. At first glance photos look detailed, if a little dull in terms of colour and contrast. But zooming in reveals a dot-like pattern, presumably a result of the compression used.

Elephone claims the camera’s phase-detection autofocus enables it to capture a shot in around 0.3 seconds. In practice, the sensor is hampered by sluggish software, which is slow to react to movement. 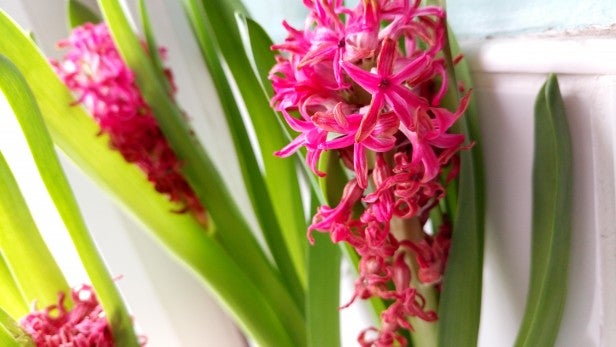 The camera is good for the price 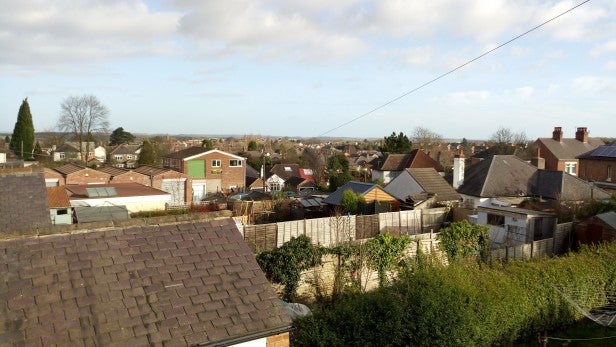 But it’s far from industry leading

The ability to track moving objects is a neat bonus, but hardly something that’s unique to the Vowney. Features such as gesture control, face detection, anti-shake and HDR are becoming more and more commonplace on Android phones these days and can hardly be considering selling points.

The native camera app on the Vowney is a little disappointing, since it lacks any notable embellishments. There’s no manual focus control or support for RAW image files, for example. The front-facing 8-megapixel camera is more agreeable – it’s perfect for selfies and video calls.

According to the promotional materials, the Vowney is capable of 4K 30fps video recording, but at the time of writing it could muster only 1,920 x 1,088. Presumably this feature will be added in a future software update.

The Vowney’s 4,000mAh battery might sound like a beast on paper, but in reality the Vowney’s stamina is found lacking.

The massive screen is ravenous when it comes to power consumption, and the high resolution puts added strain on the processor, which also results in soaking up more juice. Careful use will see you make it through a day before having to charge, but it’s painfully obvious that Elephone has had to resort to a 4,000mAh battery simply to keep the Vowney ticking over.

In my video test, an hour of streaming an HD video using Google’s Play Movies service consumed around 25% of the battery.

The battery is topped up using a micro-USB connection rather than the fancy new USB Type-C port that we’re seeing far more of on new Android devices. There’s no fast-charging capability here, so expect to wait around three hours for your phone to go from zero to 100%. 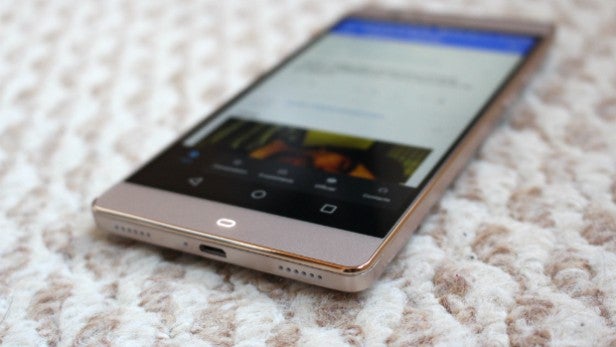 Should I buy the Elephone Vowney?

However, as a whole, the package doesn’t quite work. Build quality feels inferior to the cheaper Elephone M2, and while the fingerprint scanner is an improvement over the previous device, it still isn’t as accurate as those on rival handsets. The same can be said of the camera. Considering that the Vowney is packing a 4,000mAh power cell, battery life too is disappointing.

So while the Vowney could be viewed as a solid purchase for the price, slightly more expensive smartphones such as the OnePlus 2 and Nexus 5X will be a better choice for most buyers.

Boasting impressive power and class-leading specifications, the Elephone Vowney is held back from greatness by niggling imperfections.