What is the Elephone Vowney?

The unusually named Elephone Vowney is yet another OnePlus 2 challenger from China, and in the same vein aims to offer top-end specifications at a rock-bottom price.

Unlike the majority of Chinese phones, however, the Vowney includes NFC connectivity, which will potentially make it more attractive to those on Western shores.

The recently reviewed Elephone M2 marked something of a departure for the Chinese manufacturer, with it offering a premium all-metal construction that was a little at odds with the bargain-basement £120 price point.

Sadly, this isn’t the case here; the Vowney is mainly made of plastic. The rounded rear panel – which isn’t removable – is entirely plastic, while two thin strips of brushed metal can be found on the sides. The camera lens sticks out a little, giving the phone a width of 8.9mm at its thickest point.

The volume controls are located on the right-hand side of the device, and two SIM card trays are positioned along the left-hand edge. One of these trays doubles up as a microSD card slot, or can be used with a nano-SIM. The other tray will accept only a micro-SIM card. 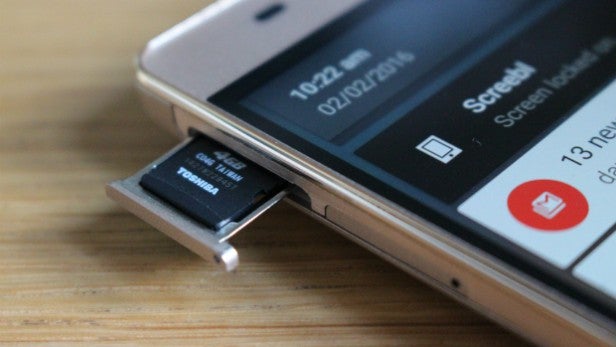 Directly below the camera is the fingerprint scanner. It’s a marked improvement over the one on the M2 thanks to a larger contact area, which improves accuracy.

However, it isn’t quite in the same league as the scanners features on handsets such as the Nexus 5X and Samsung Galaxy S6. Although the failure rate isn’t nearly as bad as that experienced with the M2, on occasion the unlock process will require a second tap of the finger.

Below the 5.5-inch display is what at first appears to be a capacitive “Home” button. In fact, it’s an LED light that pulses – or “breathes”, according to Elephone – when you have unread notifications or the phone is charging.

In an age where most budget to mid-range phones have 1080p screens, Elephone has bucked the trend, equipping the Vowney with a pin-sharp 2,560 x 1,440-pixel resolution IPS LCD screen. Measuring in at 5.5-inches from corner to corner, this gives the phone an impressive pixel density of 535ppi.

The decision to include such a high-resolution screen on a smartphone is questionable, since it’s near-impossible to spot individual pixels on a 1080p screen. But there’s no denying that the display here is excellent, especially when you consider this is a £230 handset. 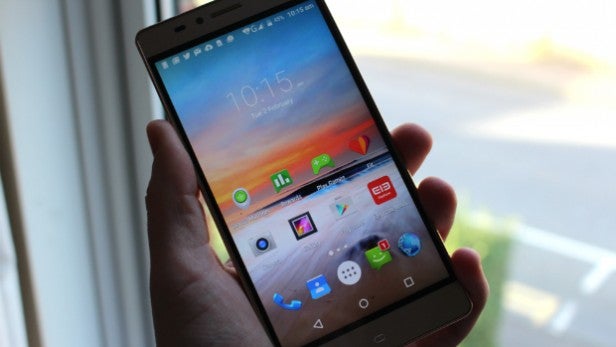 The display is incredibly bright – perhaps a little too bright by default, so you’ll want to turn on the adaptive brightness setting almost right away – and features solid viewing angles. In my opinion, the only downside is the fairly large black border running around the perimeter of the screen.

Elephone has wisely chosen to ship the Vowney with an almost entirely stock version of Android 5.1. Note that there’s no Google Now launcher and the setup process isn’t as detailed, but otherwise it’s largely free from bloatware.

You get a backup application, a wireless update checker, FM radio and Elephone’s own app. Other than those, you’re left with a largely blank canvas with which to work – which means there are some gaps in the phone’s functionality that you’ll have to fill yourself.

There are a few quirks to speak of, the most pressing of which is the fact that the phone constantly displays an NFC icon in the notifications area. This isn’t usually present on other Android devices that have NFC enabled, and I couldn’t find a way of suppressing the notification outside of turning the feature off entirely – which is hardly the ideal solution.

On a more positive note, contactless payments are supported by the device – although, at the time of writing, there were no examples available in the UK to test this feature.

Elephone has announced plans to adopt Android 6.0 Marshmallow, come the launch of its P9000 later this year. I asked Elephone if the Vowney would receive a Marshmallow update and was told that plans have yet to be confirmed, but the company is working on it.