What is the Dell Venue 11 Pro?

The Dell Venue 11 Pro is aimed at businesses, and that means it is a far more versatile tablet than most of its competitors. It has a removable battery, a host of accessories and numerous configuration options, plus it’s available at a number of prices.

As usual for its business hardware, Dell has also furnished the Venue 11 Pro with plenty of warranty and service options. Several strong competitors, most notably Microsoft’s home-grown Surface Pro 2, reckon they’re best for business, but can the Venue 11 Pro convince us otherwise? It makes a very good case. 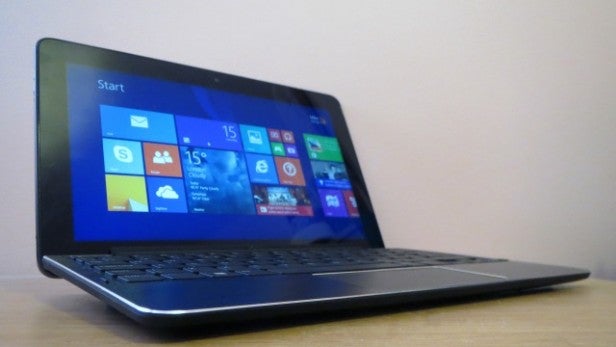 The Venue 11 Pro is designed to place functionality above style. The back panel is made of soft-touch material that’s very grippy and doesn’t smudge and attract fingerprints like glossy plastic. The soft-touch panel fits into a frame of magnesium alloy, which is impressively strong – there’s no give in its edges, and only a little flex in the back panel and glossy bezel.

Dell has paired great build quality with huge versatility. This is one of few tablets with a full-size USB 3.0 port, and it’s also got a micro HDMI connector and microSD card slot, although you need a pin to ease it open. It’s also the only slate we’ve seen with a removable rear, which means swappable batteries – a boon if you need a couple of power packs for long trips away from the mains. It’s also possible to get at the SSD and wireless chip, which is more access than we’re used to seeing on Ultrabooks, let alone tablets. 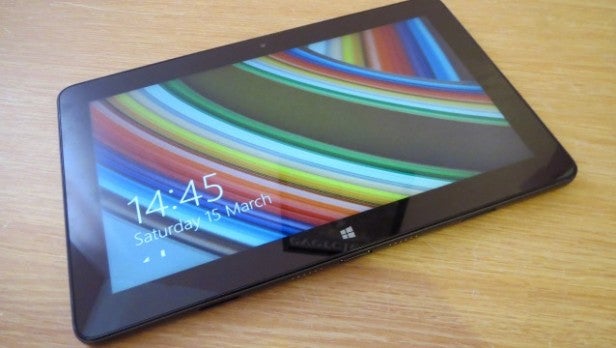 The Dell’s build quality and versatility mean it’s a bulky machine. It tips the scales at 772g, which is more than 200g heavier than the Asus Transformer Book T100, and the Dell’s 13mm thickness is a little wider than the Asus, too. The Surface Pro 2 is a similar thickness, but it hits a heavyweight 910g on the scales. For reference the iPad Air weighs a mere 469g.

The Venue’s chunky design and 10.8-inch screen mean it’s too large to use with one hand for prolonged periods, but it works well with two. In landscape mode our left and right digits fell nicely onto the volume rocker and power button, and in portrait mode our left hand was well-placed to hit the Windows button in the middle of the bezel.

A big part of the Venue’s versatility comes from its accessories. The most enticing is the Tablet Keyboard, which adds a full-size keyboard, trackpad and second battery. This unit has its own micro-USB connection for charging, and its mechanism works well: the tablet clicks firmly into place, and it can be released by prodding a button above the keyboard. Bear in mind, though, that it has no additional ports. 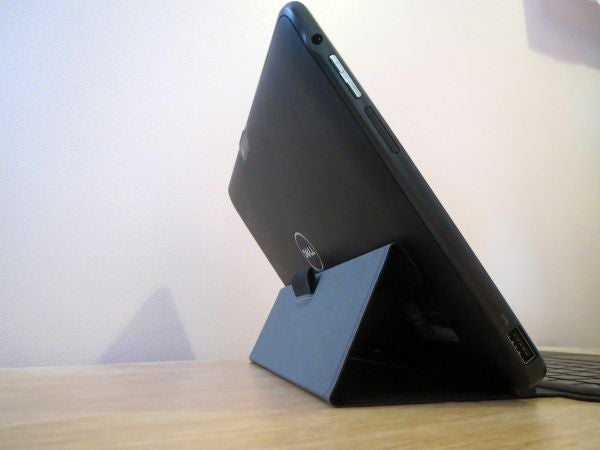 Dell also sells a slim tablet keyboard that mimics Microsoft’s own Touch Cover. Its interior is made from the same soft-touch material as the tablet’s rear while the exterior is covered in grey fabric. This doesn’t include a second battery. 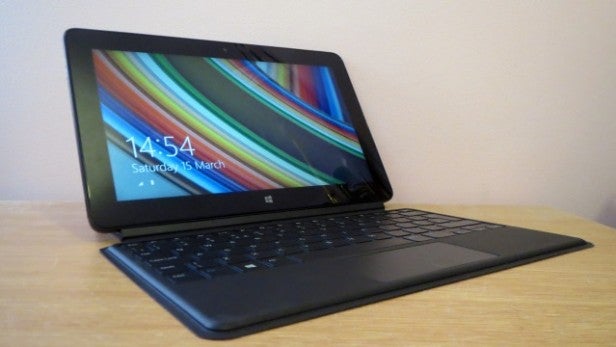 The accessories bring the Dell into line with the Asus and Surface Pro: the former uses a similar hinged mechanism and a proper keyboard, while the latter has its fabric-covered Touch Cover and its plastic Type Cover.

The Tablet Keyboard turns the Dell into an Ultrabook-style laptop, but the end result is heavier than rivals. The full-size keyboard adds 800g to the Dell’s weight and 9mm to its thickness, for total figures of 1.57kg and 22mm; the Asus Transformer weighs 1.1kg and is 24mm thick when its two portions are clasped together. The Surface Pro’s Type Cover brings the Microsoft tablet’s vital statistics to 1.16kg and 18mm.

Early Venues were afflicted by firmware issues that caused dim screens, but that’s been fixed: the Dell’s 1,920 x 1,080 IPS screen topped out at 389 nits. That’s a great result that delivers more than enough punch, but it can’t quite match the Retina-searing Surface Pro 2, which hit a brightness peak of 422 nits. The contrast ratio of 992:1 is close to the Surface, and it means this display produces a broad range of colours, from inky blacks to powerful light shades. 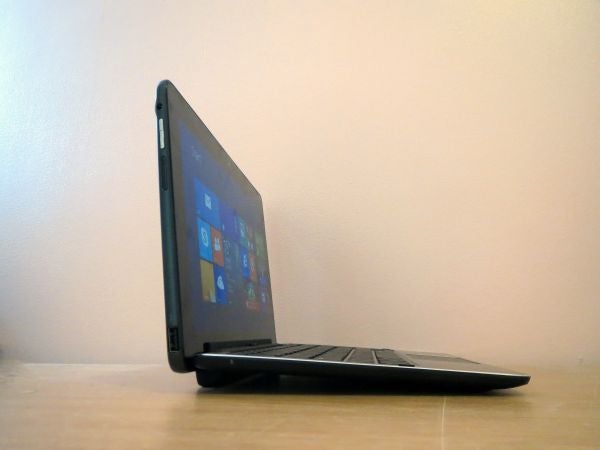 The Dell’s good brightness is matched with excellence elsewhere. The colour temperature of 6,650K is barely removed from the 6,500K ideal, and the average Delta E of 2.8 is similarly close to the mark – both of those figures mean that colours are very accurate indeed.

The Venue’s sRGB gamut coverage of 94.5% means that this screen can handle image-based work: it means that almost every shade in the sRGB gamut can be displayed perfectly, with only pinks, deeper reds and lighter purples falling short – and, even then, it’s not by much. The Venue’s Adobe gamut coverage is poorer, but this system isn’t designed for that kind of demanding work.

Dell clearly doesn’t reckon the Venue 11 Pro will be used much as a
media machine: it’s got two speakers that produce high-volume audio, but
quality is sorely lacking. The high-end is occupied by tinny high-hats,
but the Venue’s range is dominated by a mid-range that lacks nuance and
quality. Bass is almost completely absent.