Our Venue 11 Pro comes with an Intel Core i5-4210Y, which is the beefiest processor currently available in this tablet. It’s the latest Haswell hardware, but its specification is modest: two Hyper-Threaded cores clocked to 1.5GHz and a Turbo peak of 1.9GHz.

The Dell scored 3,758 in PC Mark 7, but the latest Surface Pro deploys a laptop-class Core i5 chip to score 4,853 – a significant gap. There was an even bigger disparity between the devices in GeekBench, where the Venue managed 3,668 points, but the Surface Pro hit 5,039. The Asus, with an Atom chip, scored 2,330 in PC Mark 7. 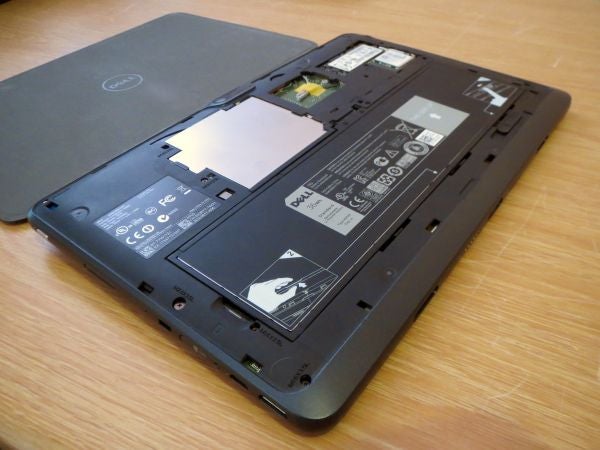 The Microsoft machine lead the way in 3DMark too, with a score of 33,398 in the Ice Storm benchmark. In comparison the Dell could only manage 24,543.

That said, the Core i5 chip is still enough to get the job done – as long as you’re not too demanding. Windows 8’s Start screen zips side-to-side with no lag, and Metro-based apps work similarly smoothly. Desktop mode is slick, too, and we had no problems running Office apps and other work tools. Obviously, though, the low-power processor hasn’t got the grunt to handle more intensive software.

None of our benchmarks were hampered by thermal issues, either. The processor temperature peaked at 59°C, which is fine, and we barely heard the Venue’s single fan – we had to put our ear to the back panel to detect any noise.

The SanDisk SSD scored a respectable 427MB/s in a sequential read test, but then faltered to 111MB/s in the sequential write run, which is a poor result that’s barely better than many hard disks. Nevertheless, applications loaded swiftly and the Venue booted in just under 13s – an impressive result. 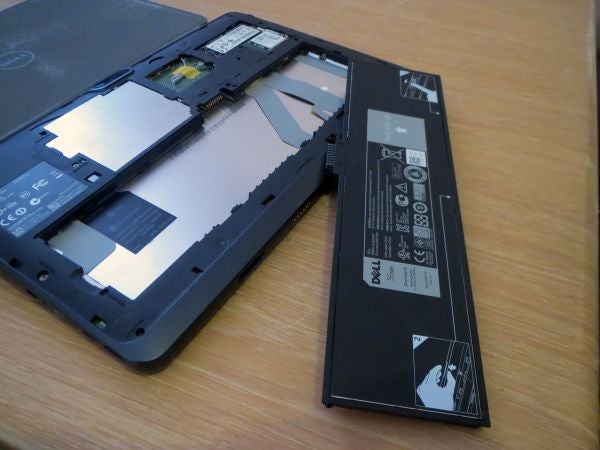 Our more expensive Venue Pro has a 36Wh battery, and it’s augmented by a 28Wh unit in the keyboard. When combined, the Dell lasted for a mighty 11 hours and 55 minutes in our standard battery benchmark, which sets the screen at 40% brightness and loops a test that consists of web browsing, productivity tools and video playback.

That’s a great result, easily beating the near eight-hour lifespan of the Microsoft Surface, and it’s only a little way behind the Atom-powered Asus – but the Dell’s lifespan dipped to 6 hours and 47 minutes when we used the sole battery behind the screen – almost an hour less than the Surface. Bear in mind that the two cheaper Venue 11 Pro models will see poorer longevity, as they have 32Wh batteries.

The Venue 11 Pro tablet regained 25% of the tablet section’s battery after thirty minutes of charging –  which is good for just under two hours of use – but the Surface Pro regained three hours’ worth of charge in the same test.