Cyrus Audio's first pair of true wireless in-ears, the soundBuds, are relatively affordable. Elsewhere, though, they don't quite live up to expectations with a design that could be improved and a sound that doesn't do justice to the Cyrus name. Cambridge's Melomania 1 and Sony's original WF-1000X are alternatives available for a little more, and are a better choice.

The Cyrus soundBuds are an affordable buy from one of hi-fi’s top names. Responsible for bringing pricey hi-fi separates to the market, these true wireless earphones are a departure from the brand’s usual lineup of products.

However, there are a few signs that reveal these in-ears as one of Cyrus’s first ultra-mainstream buys. The design is a little lo-fi in parts, and this isn’t as polished a product as the rival Cambridge Audio Melomania 1.

Neither should you pick up the soundBuds expecting the kind of sound quality for which Cyrus is well known. While tonal balance is fairly neutral, the crude mids won’t satisfy picky listeners. Nevertheless, at £79, Cyrus has priced these earphones fairly. 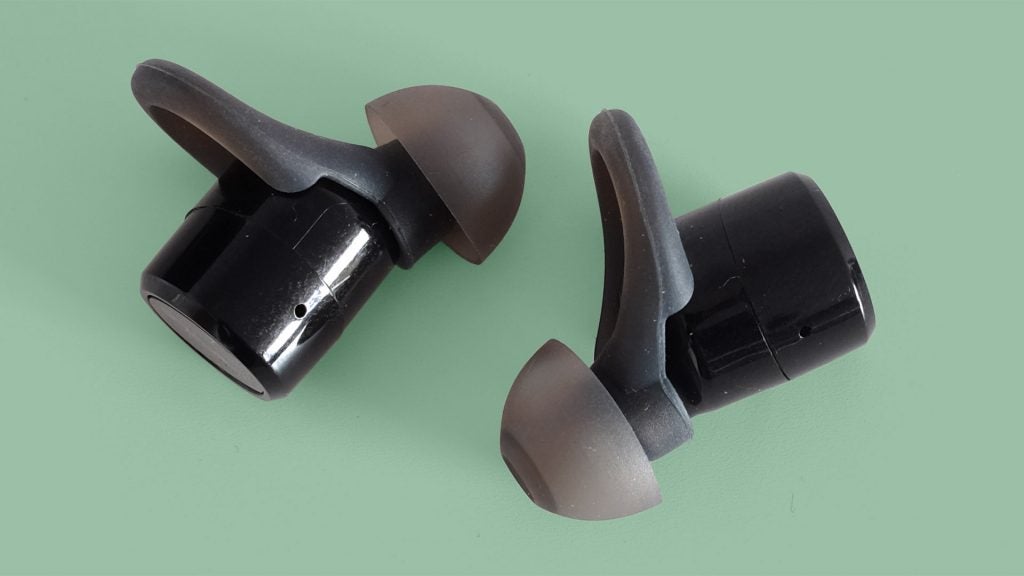 Cyrus soundBuds design and features − they’re easy to fit, but quite basic in terms of design

Most of Cyrus’s hi-fi equipment can seem quite expensive to newcomers. However, the soundBuds are relatively affordable at less than half the cost of the Sennheiser True Wireless.

In return, you get a pair of earphones whose design is fairly prosaic. Black blobs of plastic, they’re only recognisable thanks to the Cyrus logo on the back of each earpiece, plus a distinctive silicone ear loop.

This hooks under the cartilage in your ear to ensure the fit remains stable. And, unusually, this loop is part of the tip itself; you can’t wear the tip alone. 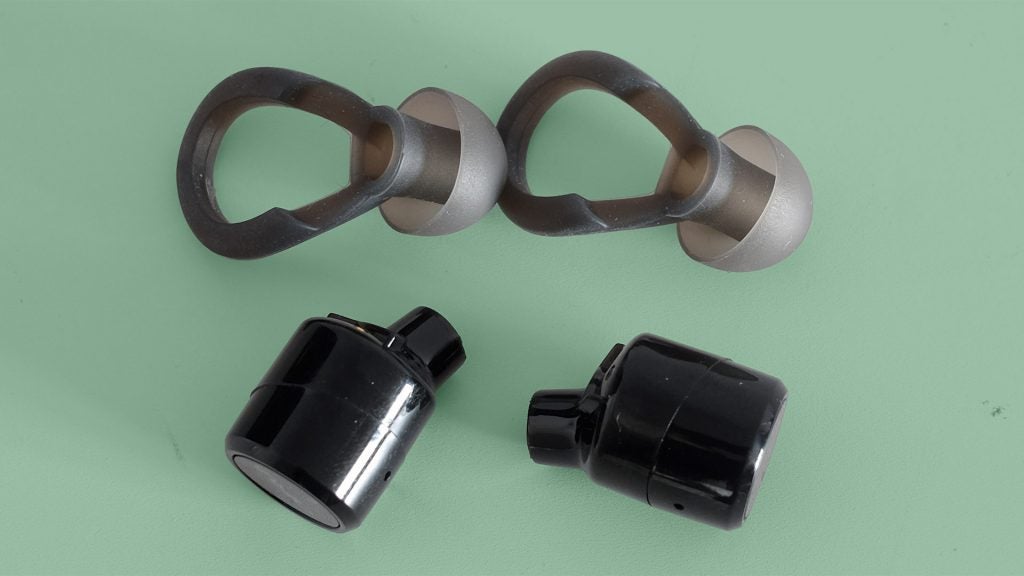 The silicone is at least nice and soft and I’ve found the Cyrus soundBuds easy to fit. I’ve worn the in-ears during a couple of runs; they’ve proved comfortable throughout, with their position feeling rock-solid.

There are issues, though. Each soundBuds earpiece has a clicky button on its back, but it only acts as the power button and play/pause. In addition, it presents so much  resistance that you end up pushing the tip further into your ears with every press. There’s no on-bud volume control here, of the type you’ll find on many a smaller true wireless earphone.

Cyrus’s charger case for the soundBuds isn’t the last word in slick design, either. In pure practical terms, though, it’s great. It has a translucent black top layer so you can see the little front LEDs that indicate the charge level. Extra LEDs on top show the earpiece are charging. 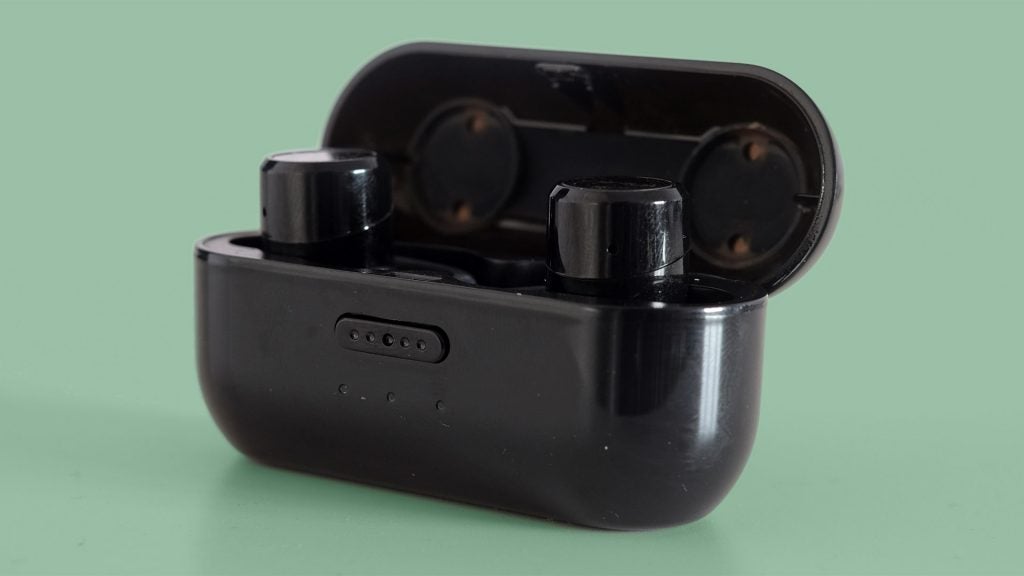 The case is a good size, too, sufficiently compact to fit into most pockets. Its 400mAh battery will last for approx three additional charges of the earphones. You recharge the case itself via micro-USB cable – a dated standard now that most Android phones use USB-C.

Information from Cyrus regarding how long the battery lasts varies. The box I was sent suggests a dismal two hours; some listings say three hours. As neither of these is any good, I put the soundBuds through a proper 100-to-flat test to determine how they perform in reality. 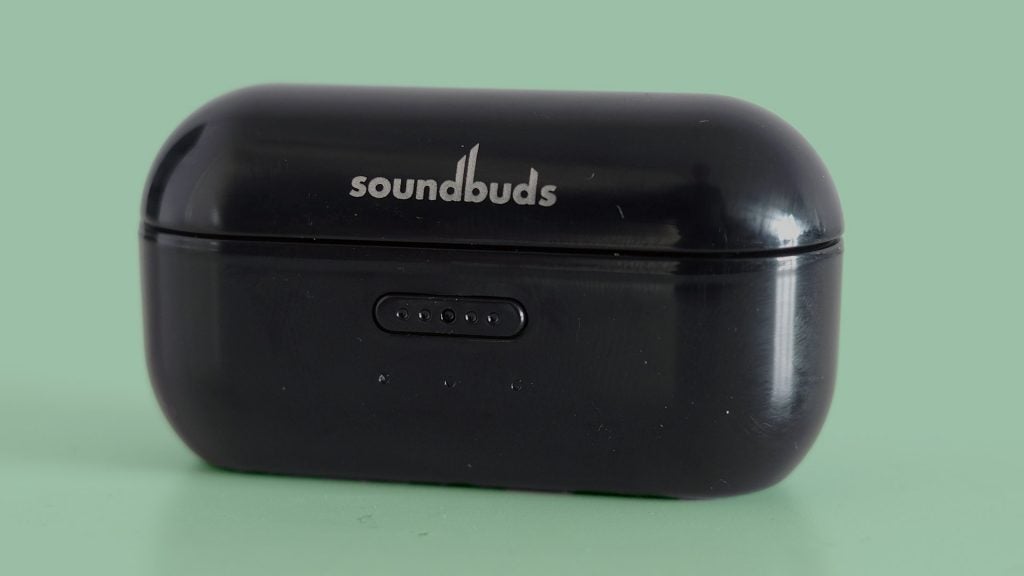 They lasted for 4hrs 20mins of music at normal listening volume, which is excellent for a true wireless pair. The results appeared a little too good, actually, so I ran the test again, this time in a single non-stop session.

The soundBuds were taken out of the case fully charged and set to play at 8:11pm. They died at 12:09pm. That’s 3hrs 58mins of music – slightly less than the first time, but still far better than any of Cyrus’s own claims.

Battery reporting is terrible, though. On some phones you’ll see a little battery icon in your notification bar, in others you won’t. I used BlueBatt to monitor the level, and the Cyrus show 60% charge just minutes before the battery dies.

You’ll hear beeps about a minute before charge dries up, but that’s it. 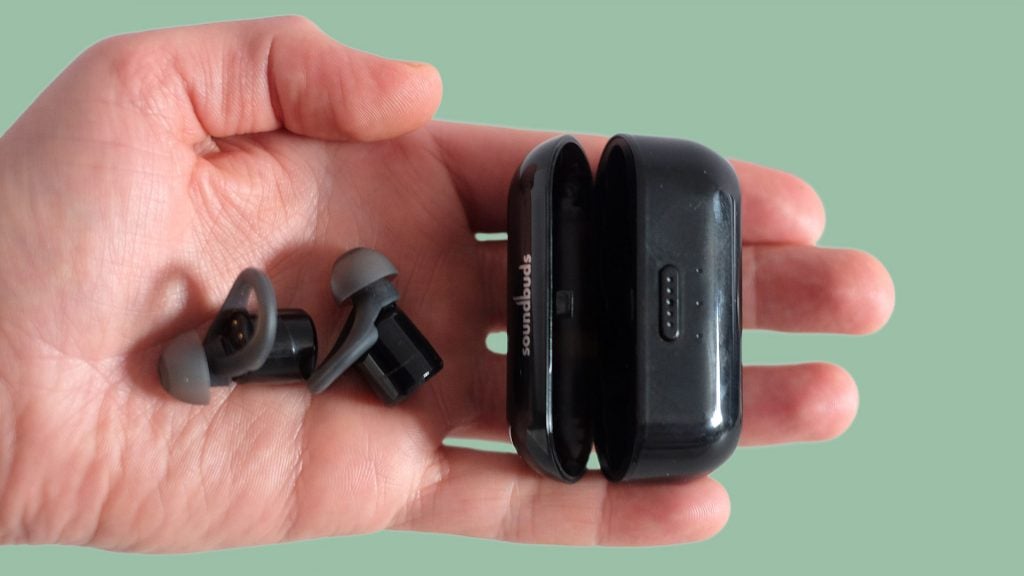 Cyrus soundBuds sound quality − In terms of audio quality, these in-ears fail to live up to expectations

The soundBuds come from a true enthusiast hi-fi brand. As a result, expectations for their sound quality are set pretty high, even if they cost about 10% of the price of the average Cyrus product.

You’ll be disappointed to learn, then, that they fail to live up to these expectations – but not in every respect.

The Cyrus soundBuds have the right tonal makeup. I’ve been comparing them to the Sennheiser IE 40 Pro, a pair of “pro” wired earphones from a leading headphone maker. Side by side, both pairs sound fairly lean and clean, without the inflated low-end and smoothing used to make mass-market earphones easier on the ear.

Of the two pairs, the soundBuds display a less well-controlled bass, but then these earphones are intended for more general-purpose music listening. 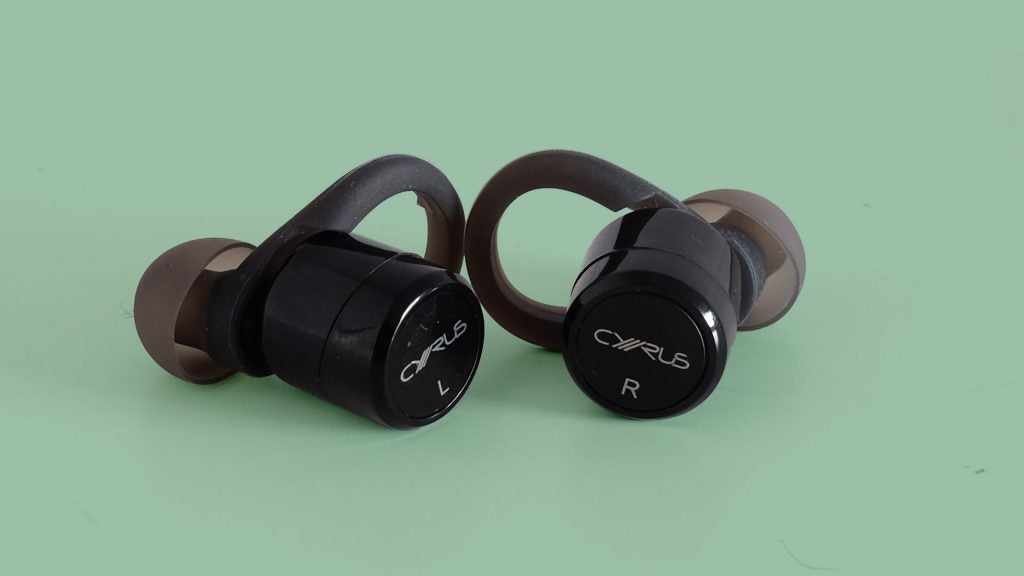 There are also more significant issues with mid-range quality. The Cyrus soundBuds incite upper-mid sibilance quite frequently, and mid detail is limited and rudimentary.

Vocals sound quite basic through these earphones. Separation and textural refinement is limited, too, resulting in an arrangement that can seem a little stifled, lacking the dynamics and airiness you’ll often hear in a more capable earphone.

I compared the soundBuds to the SoundMagic E11, £40 earphones that seem a fair comparison – even if SoundMagic hasn’t made a true wireless earphone yet. That pair displays much smoother mids, and an altogether more coherent tone. If you wanted to be generous you could say the Cyrus approach is more ambitious. However, the spiky upper-mids mean many won’t appreciate this ambition. 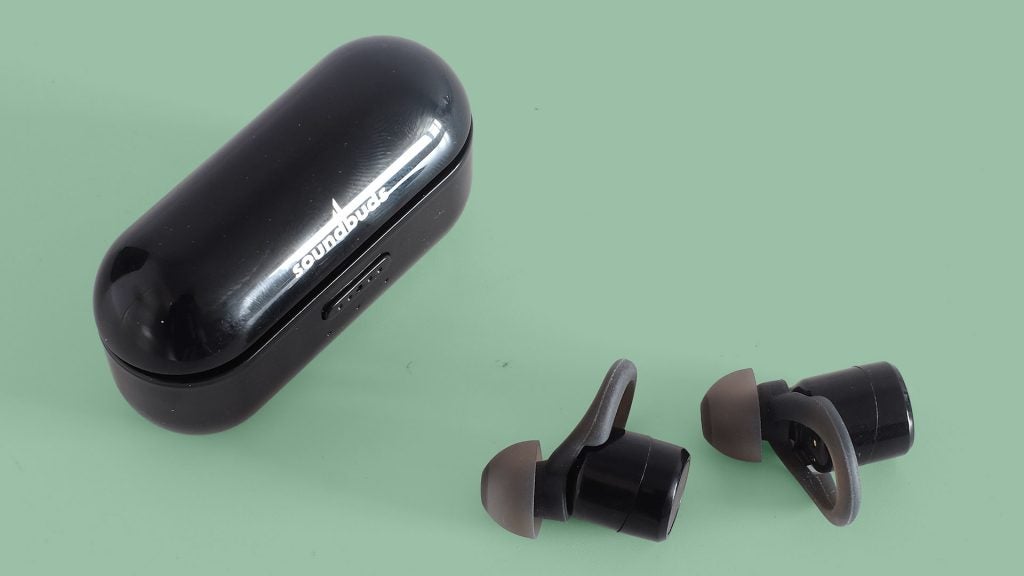 Should I buy the Cyrus soundBuds?

The Cyrus soundBuds are relatively affordable true wireless earphones. Although, most don’t consider £79 impulse-buy territory, you can easily spend twice as much for a pretty mainstream set.

They’re a bit of an odd fit for one of the most revered brands among audio nuts. Some parts of the design could easily be improved, and the sound is a little too unrefined to do justice to the Cyrus name.

The original Sony WF-1000X, now available for £129, are a better buy for most if you can afford the extra. That said, at least the Cyrus battery life is better than advertised.