While they're not the most attractive pair of in-ears, the Melomania 1 boast better battery life than Apple's AirPods, and are far less expensive than Sennheiser's Momentum True Wireless. This puts them in the sweet spot for anyone looking for an affordable pair of true wireless in-ears. Considering what they do, the Cambridge Melomania 1 are talented beyond their price

These are busy and interesting times at Cambridge Audio. Not content with turning 50 and disrupting the high-end hi-fi world with its Edge range, or delivering a turntable with hi-res wireless streaming, the company is now ready to take the fight to Apple et al with its first pair of true wireless in-ear headphones in the Melomania 1.

For anyone who doesn’t have a dictionary handy, “melomania” doesn’t – as I erroneously assumed – have anything to do with sunburn or any other skin condition. It means “an inordinate liking for music or melody”.

Which is all well and good, but I question whether such a small product have such a big name. Although, when you consider the fight Cambridge Audio is picking with these headphones – which includes everyone from Apple and Samsung to Sony and Sennheiser – then perhaps it’s a good idea to have a name that stands out…

Very little about the Melomania design stands out. Of course, there’s a limit to what you can do with a product of this size, but the Melomania 1s are staunchly functional lookers – and in the “stone grey” finish, there’s a definite hint of the prosthetic about them. The black alternative is much less, well… medicinal looking.

Not the most aesthetically pleasing pair of true wireless earbuds

A narrow slither of silver sits just ahead of the tip of each bud, and at the other end you’ll find a little circular light that indicates what the headphones are up to. That end of each bud is comprised almost entirely of control button, to be used to issue instructions (Cambridge thoughtfully provides a little bank-card sized crib sheet in case the sequences take some time to learn). As far as design goes, that’s your lot. 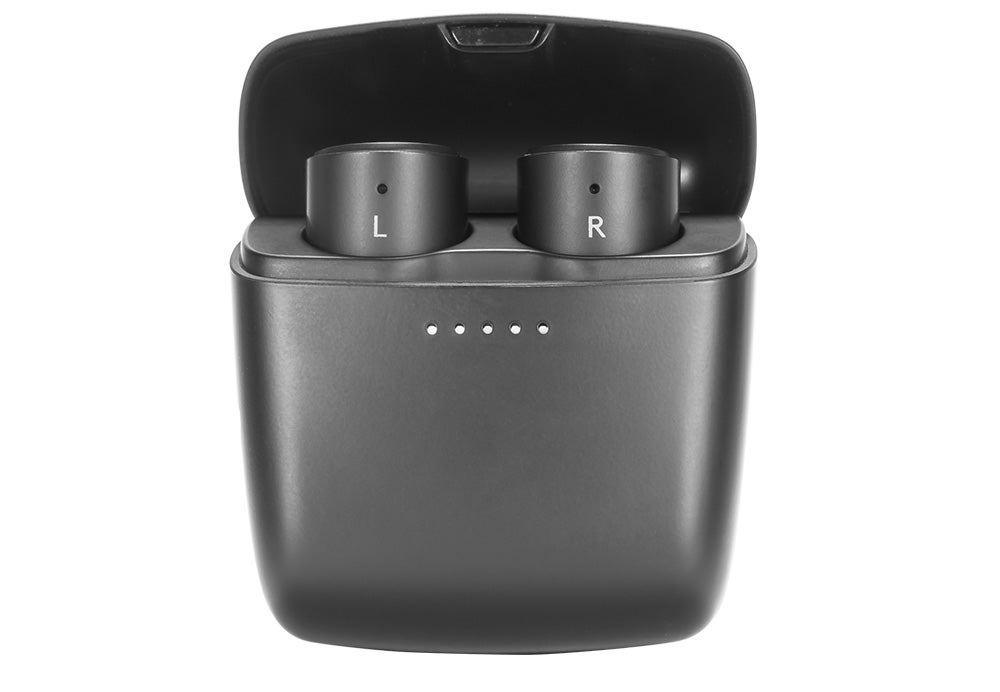 One such feature is battery life. Cambridge claims 9 hours from a single charge of the 1s, and the charging case can hold a further four charges. That’s a total of 45 hours of playing time (at 70%) without having to connect the charging case (via the bundled USB cable) to the mains. That seems both achievable in real-world testing, and deeply impressive.

There’s no point in having such epic battery life if the sound of the in-ears falls short, however. One way that Cambridge has attempted to ensure 45-hour sessions are as enjoyable as possible is by equipping the Melomania 1s with aptX Bluetooth 5. Another is to specify a 5.8mm graphene-reinforced full-range driver in each earbud – durability, flexibility and strength being the reasons for this.

The in-ears can be operated by Google Assistant or Siri voice control (if you don’t like pushing at your headphones whilst wearing them). And Qualcomm’s Clear Voice Capture technology ensures reasonably crisp call quality – which is by no means a given where wireless headphones are concerned.

Related: What is Bluetooth 5? Everything you need to know

Melomania 1 sound quality − With an accomplished and energetic sound, these in-ears deliver excellent

There’s a choice of silicone and foam tips in the Melomania 1 packaging. Find the size that suits you best – like all in-ear headphones, the 1s’ sound relies greatly on the quality of the fit into your ear – and away you go. At 4.6g each, the 1s aren’t heavy and they’ll remain comfortable in your ears for hours. 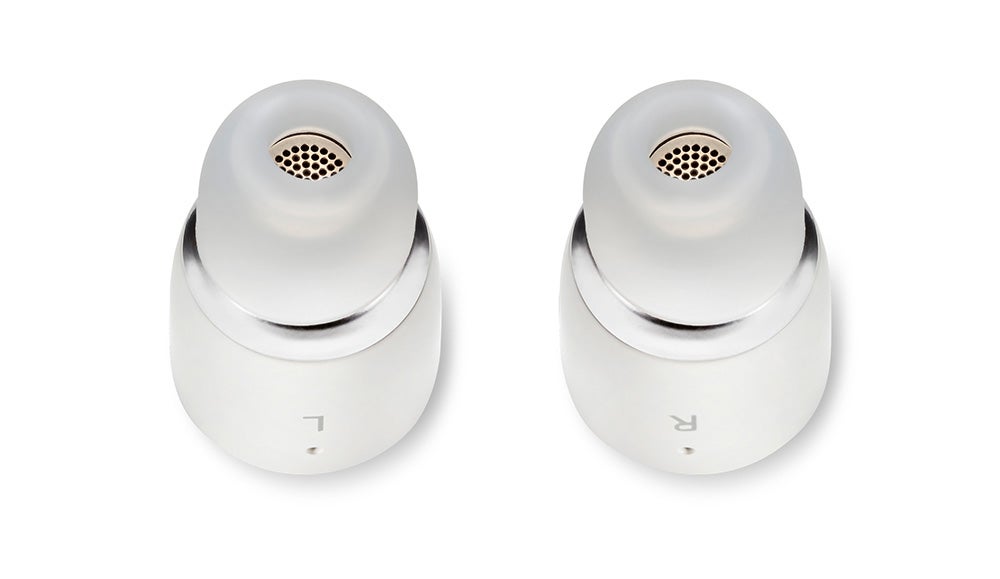 The Melomanias have a slightly odd look, but they produce an entertaining and detailed sound

Even more importantly, judged on their price and product type, they’re a remarkably accomplished and convincing listen. Every area of the frequency range is well judged: the droning low frequencies during Four Tet’s “My Angel Rocks Back and Forth”, for example, have weight and solidity – but they don’t overstay their welcome and don’t impact on the information above them.

Then there’s mid-range fidelity: Janelle Monáe’s “Make Me Feel” vocal is served up with stacks of detail, and the precision and character of her singing is explained fully. The Melomania 1s aren’t prissy or analytical, though – they offer all of the attention to detail but they don’t forget the song is meant to be fun. 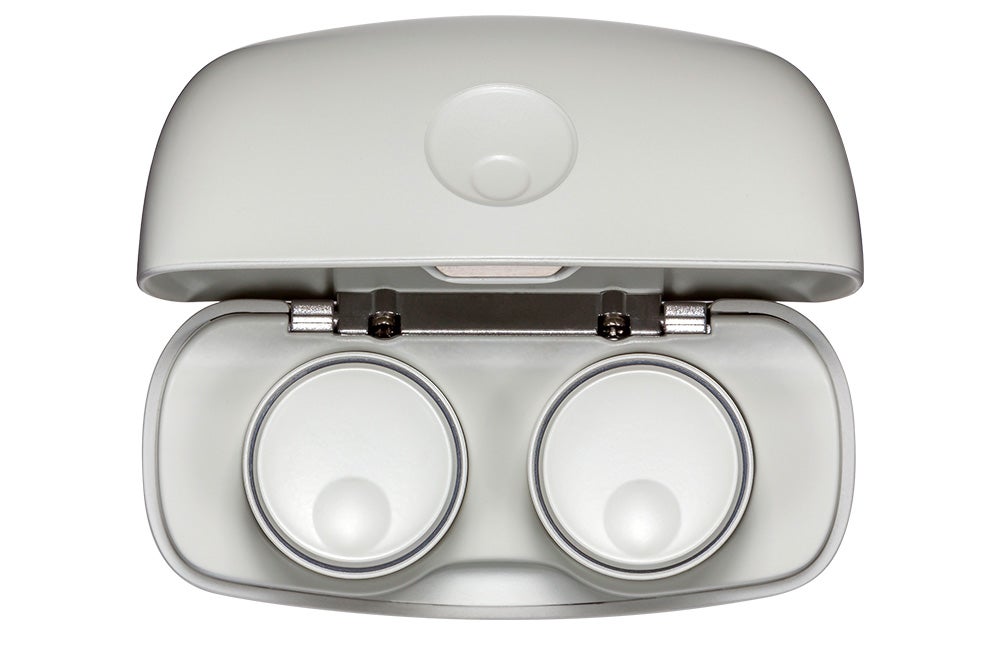 At the top end, there’s grip and shine to the massed percussion of Art Blakey’s “Moanin’”, but it never threatens to get splashy or wearing.

Integration of the frequency range is good – as it should be when you’ve only one speaker driver per channel – and the Cambridges have no problem unpicking a dense and complex recording any more than they’re troubled by big dynamic shifts. Their understanding of rhythm, tempo and timing is good, and tonally they’re expertly balanced. The overall presentation is just on the lively side of neutral, which, if neutral isn’t available, is what I prefer.

Should I buy the Melomania 1?

As I said at the top of this review, this is an increasingly crowded and competitive sector.

Sennheiser’s Momentum True Wireless in-ears, for instance, offer a sturdy build, aptX Bluetooth and a quite nice, shiny finish. But they’re twice the price of the Melomania 1s and their battery life is less impressive.

Or there’s Apple’s latest AirPods. Yes, they make you look a bit daft when you’re wearing them, but their wireless solidity is unrivalled and they’re better balanced, in tonal terms, than before. But again, they’re more expensive than the Cambridge’s Melomania 1s, don’t run for as long without charging – and the AirPods sound stressed at volume in a way that these in-ears simply don’t.

It looks like the most sensible alternative to the Melomania 1s is Sony’s latest true wireless in-ears, the WF-1000XM3. They offer a similar Bluetooth specification, voice control and a nicely judged sound. They’re noise-cancelling, too, which puts them ahead of the Cambridge in-ears – but they need charging long before the Melomania 1s and they’re a lot more expensive.

All the above leaves the Cambridge Audio Melomania 1s in a remarkably strong position.