These earphones offer more neutral sound than Sennheiser's Momentum earphones, but the upper-mids and treble could be more refined

What are the Sennheiser IE 40 Pro?

The Sennheiser IE 40 Pro are quite unlike most Sennheiser earphones, and most other pairs released today. They aren’t wireless and, as part of the “Pro” line, you’re more likely to see them on sale at a music equipment shop than one selling electronics.

You could use these as lower-cost monitoring IEMs for live performance, but the Sennheiser IE 40 Pro also work pretty well as earphones for exercise and general listening.

Their sound is deliberately less lavish and full-sounding than Sennheiser’s popular Momentum earphones. In return you get a clearer rendering of music’s lower frequencies. However, the pro-leaning tuning does leave the upper-mids a little cool and the treble slightly too pronounced. 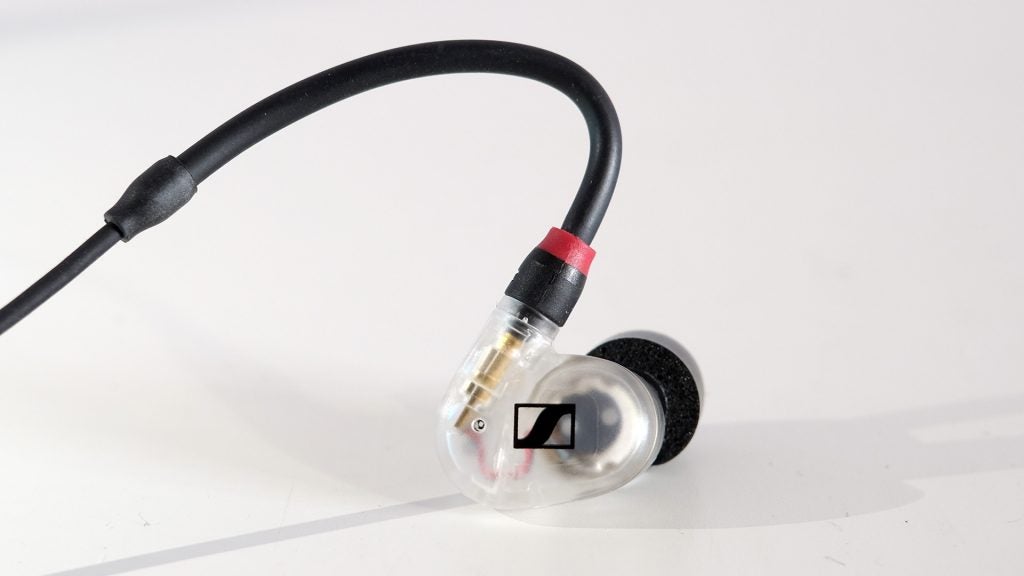 The Sennheiser IE 40 Pro don’t feel as though they belong in 2019; they’re seem more suited to 2009. However, this is much less of an insult than it seems.

Just as many people are happier living with light switches than smart bulbs, there remains a space for wired earphones such as the Sennheiser IE 40 Pro. And don’t think that the Pro part of their name is just for show, either.

The Sennheiser IE 40 Pro have an over-ear design. You can allow the cable to trail straight down – but, frankly, they don’t sit well this way. There’s a shape-holding part by the earpiece that you mould to the shape of your lobes. 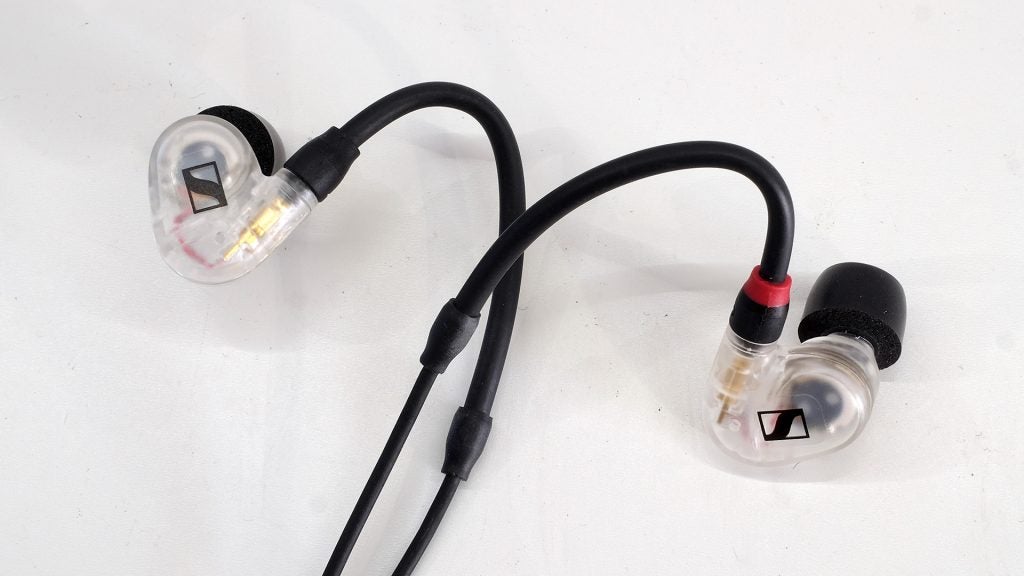 You do have the option to remove the cabling – something usually only seen in earphones at around twice the price.

Ten years ago, earphones used to implement two-pronged cable terminals. Standardised MMCX were popular more recently, but the Sennheiser IE 40 Pro use a customised version of MMCX, with an additional “snout” sheath beyond the pin connector.

Since this is a pair of Sennheiser earphones, you’ll probably be able to find official or unofficial replacement cables for years to come. But the cabling initially had me scratching my head: what’s going on here? 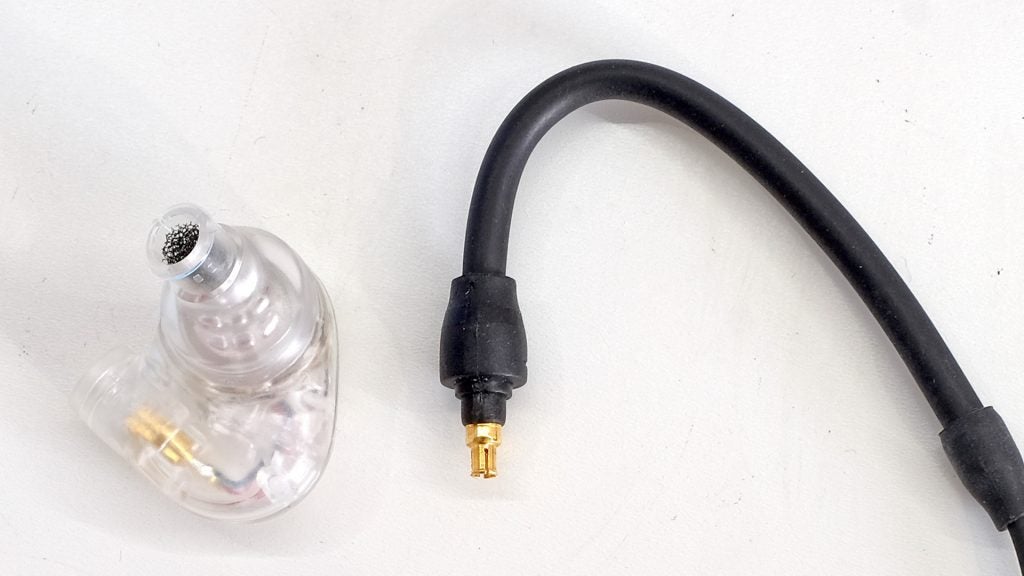 There are no concessions to 2019 here. The Sennheiser IE 40 Pro don’t include wireless, active noise cancellation or even an in-line remote. They’re earphones you plug in to do their thing. In time you may be able to pick up a cable with a remote, but at the time of review this wasn’t possible.

A basic carry case, three pairs of silicone tips and one pair of foam tips are included as standard.

The Sennheiser IE 40 Pro are very different to the company’s Momentum and CX 5.00i earphones at around this price. Their sound is, sure enough, more “pro”, in that the bass isn’t boosted as much, and there’s less lower mid swell to bulk up and warm up music.

It’s a more precise, spare sound, but one with still enough bass presence to be palatable. These aren’t clinical earphones. 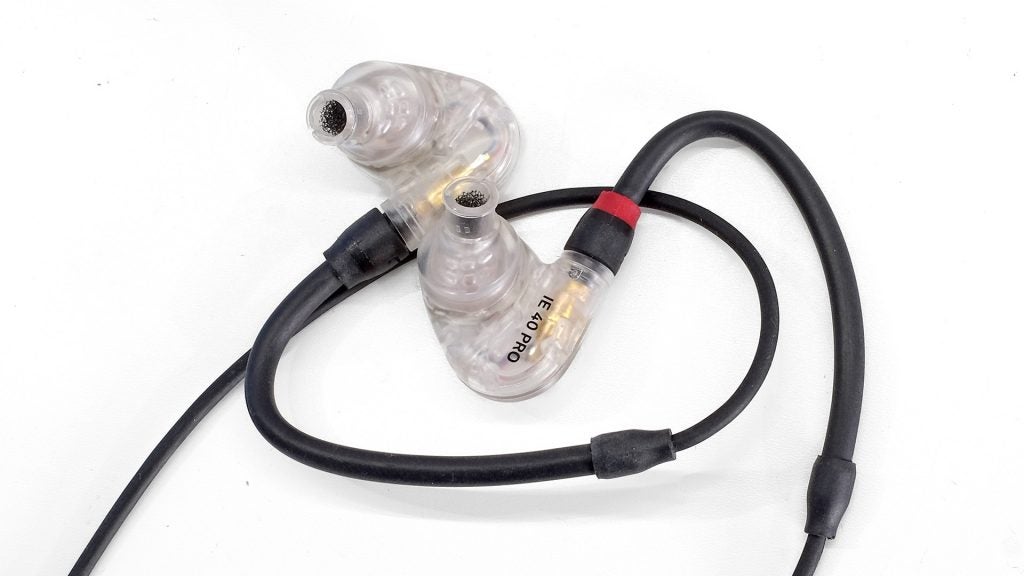 However, by calming down the tendencies of most consumer headphones, Sennheiser makes the IE 40 Pro more useful as a pair where the level of parts in an arrangement matter. For example, these aren’t a bad choice for live music monitoring or for a home studio.

When the bass and low-mids are hugely boosted, it’s more difficult to determine what the levels are in the raw mix. Well, unless you only listen to music with that sound signature rooted in your brain as the baseline.

The Sennheiser IE 40 Pro do perhaps go a little too far in rebelling against Sennheiser’s usual warm and welcoming in-ear sound signature, however. There’s some hardness to the upper-mids, a little sibilant splashiness to the treble that makes these earphones a little fatiguing after a while. 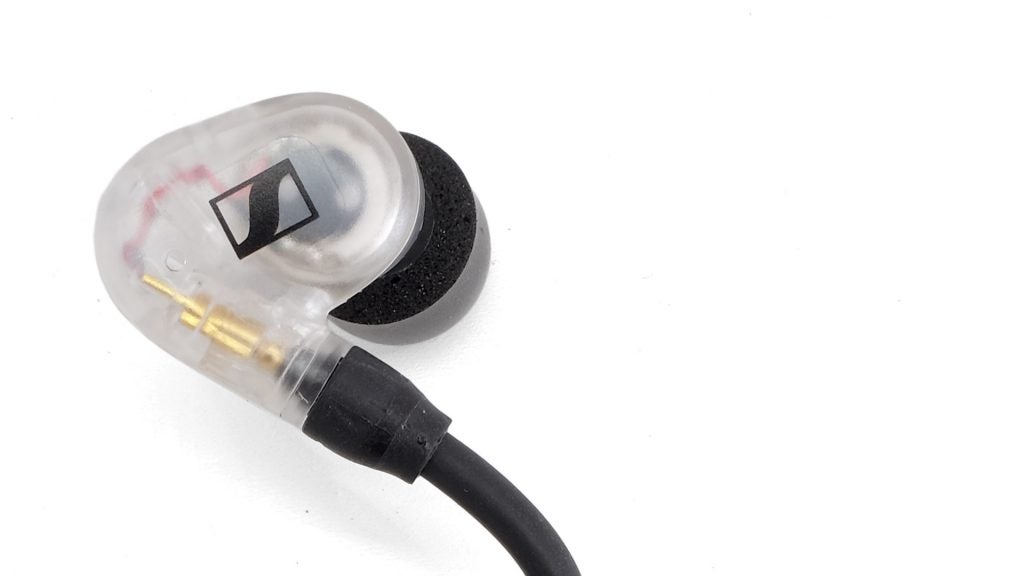 It also isn’t good news if, say, you want to wear this pair for a public transport commute. Boosting the bass and low-mids helps to reinforce sound to deal with ambient noise. On the London Tube, the Sennheiser IE 40 Pro ended up sounding quite thin and hard when competing with the roar of trains, and upping the volume only served to increase the hardness and fatiguing quality.

Sennheiser seems to have made the IE 40 Pro to compete with the long-standing Shure SE215, which have been around for more than eight years. They have more of a mid-focus, and are easier on the ear for long listening. 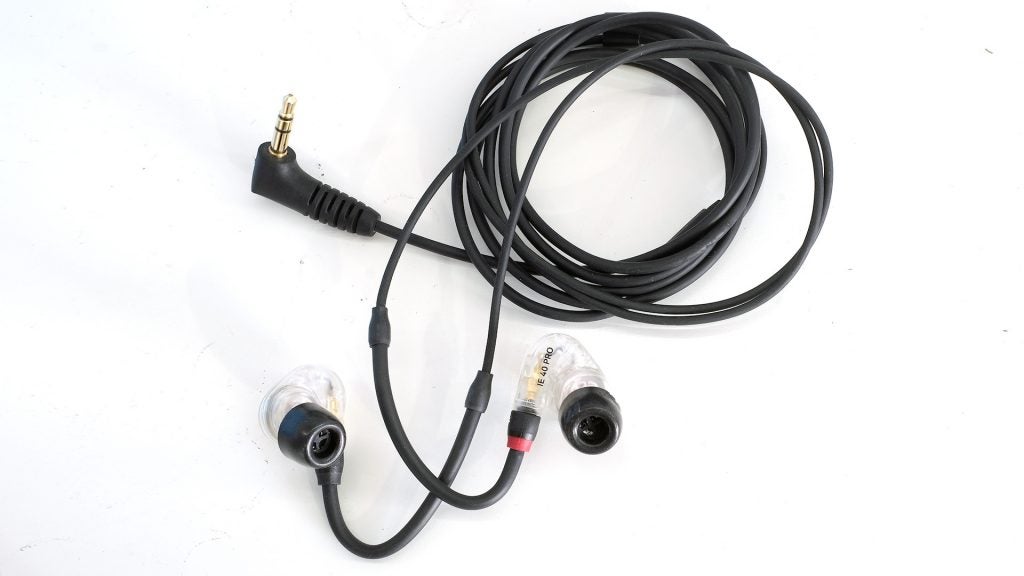 Why buy the Sennheiser IE 40 Pro?

The Sennheiser IE 40 Pro are quite different to most earphones released today. They seem made for monitoring rather than use on a commute.

Clean and neutral sounds fared well through testing. However, there are some signs – such as a slight hardness to the mids and slight treble splashiness – that this is a lower-end monitor earphone. If your ears are sensitive to this sort of signature, consider the long-standing Shure SE215 instead.

These earphones offer more neutral sound than Sennheiser’s Momentum earphones, but the upper-mids and treble could be more refined.