As long as you’re not expecting Anni to be a full-size integrated amp squeezed into a box smaller than a carton of milk, you’ll be fine. This is a remarkably authoritative and revealing little amplifier

Anni promises to make a far better fist of amplifying your headphones or your desktop speakers than an unassisted computer can manage. It also thinks it can slot into a full-size system and do a worthwhile job there too… in exchange for quite a lot of money, of course. Does this make Anni sense at all?

The Chord Anni is on sale now, and in the United Kingdom it sells for £1195. In the United States you should expect to part with $1795 or thereabouts, while Australian Chord-fanciers will have to fork out AU$2500 or so.

Obviously, you’re not short of choice where integrated amplifiers at this sort of money are concerned. But if you’re after something that’s of tidy enough proportions to function as a desktop amp, well, your shortlist is considerably shorter.

If it’s a venerable British hi-fi brand you’re after, both Cyrus and Rega will sell you a relatively small integrated amp. But next to the Anni they’re still both biffers. There’s a chance that Anni is currently your own choice where super-compact desktop amps are concerned.

Safe to say you’d be hard pushed to mistake a Chord Electronics product for that of any other brand. No matter if it’s a £400 DAC or an £18K monobloc power amplifier, the company has developed and refined a distinctive look – it’s a bit like I imagine H.G. Wells’ hi-fi might have looked.

Anni is a small box, but that hasn’t stopped Chord deploying its signature design flourishes. From the milled aluminium casework (which feels as good as it looks) to the pair of spherical acrylic controls that light up in different colours depending on what they’re up to, it’s Chord business as (un)usual. Even the model name itself is reliably daft – just have a look at the Company’s other desktop-orientated equipment and you’ll see what I mean.

Chord has deployed its fearsomely complicated and demonstrably effective ULTIMA dual feed-forward topology as the efficient, high-performance cherry on top of Anni’s Class A/B amplification. In theory, this offers error-monitored power, and though measured output is a less-than-promising 10 watts, Chord is adamant Anni can drive pretty much any headphones or desktop speakers you care to mention.

In terms of getting information into Anni, there are two analogue RCA inputs on the rear panel. The volume control on the front panel also functions as a push/push selector between inputs ‘1’ and ‘2’. Also on the rear panel are a couple of 4mm banana plug-friendly outputs for use with a pair of speakers, along with a power output port for connection to the mains. There’s also a 12V DC output for connecting Anni to the identically proportioned Qutest desktop DAC and/or Huei phono stage.

Aside from the volume control, the front panel also features 6.3mm and 3.5mm headphone outputs – they can be used simultaneously if required. One of the coloured balls controls power on/off, while the other is a gain control intended to give Anni the best chance of adapting to the different electrical loads of headphones of differing sensitivities.

Naturally enough, given the dimensions of the box, on the inside Anni is pretty much full of essential equipment. This includes an integrated fan but despite this and the generous number of ventilation holes in the casework, the Chord is a warm operator.

The Chord Anni is intended to suit a few different applications, and so for this test it’s used as a stand-alone headphone amplifier attached to a MacBook Pro, as a headphone amp when attached to a Chord Qutest DAC, and to power a pair of modestly demanding (85dB sensitivity) ELAC Solano BS238 standmounting loudspeakers. In every circumstance, it proves worthwhile.

If you’re familiar with the sound of Chord Electronics amplification, the level of detail retrieval and transparency the Anni deals in when handling a TIDAL Masters file of Kendrick Lamar’s King Kunta won’t come as all that much of a surprise. Neither will the forensic levels of insight into the dense, patchwork mix. What might cause a raised eyebrow is the assertiveness of the Anni’s sound, and the relative burliness of its presentation. 10 watts doesn’t sound like much (because it isn’t), but the Chord has no difficulty in showing a recording who’s boss.

Obviously there are limits, especially when driving loudspeakers. The Anni can’t get especially loud, and when you do wind the volume up towards ‘max’ a fair amount of its sonic composure abandons it. But as long as you’re sensible, and remember your amplifier has its ceiling, the Anni is a gregarious and musical companion.

And no matter if you’re listening to headphones or a pair of speakers, the Chord presents a believable stereo image and a frankly unlikely impression of scale. It revels in the dynamism and drive required to bring a file of Charles Mingus’ Boogie Stop Shuffle to life and has the dexterity necessary to let the recording flow rather than stomp. It’s an eloquent performer, and if you don’t expect window-rattling volume levels it’s utterly fit for purpose.

You’re serious about desktop audio Looks expensive if judged in purely physical terms, but the sound is worth every penny

‘Niche’ only begins to describe the Chord Anni. But if you take desktop audio seriously, and especially if you’re already sold on Chord’s range of miniaturised hi-fi powerhouses, you’ll find Anni’s got exactly what you need.

We test every amplifier we review thoroughly over an extended period of time. We use industry standard tests to compare features properly. We’ll always tell you what we find. We never, ever, accept money to review a product. 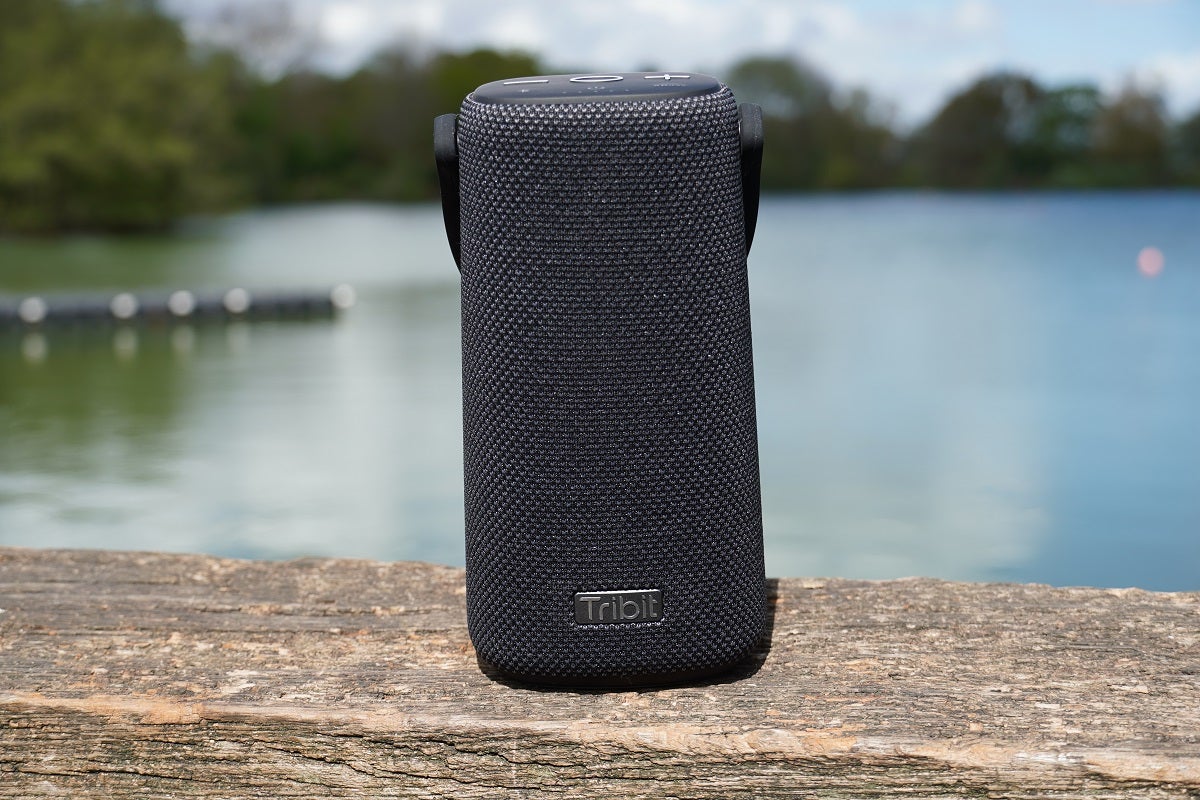 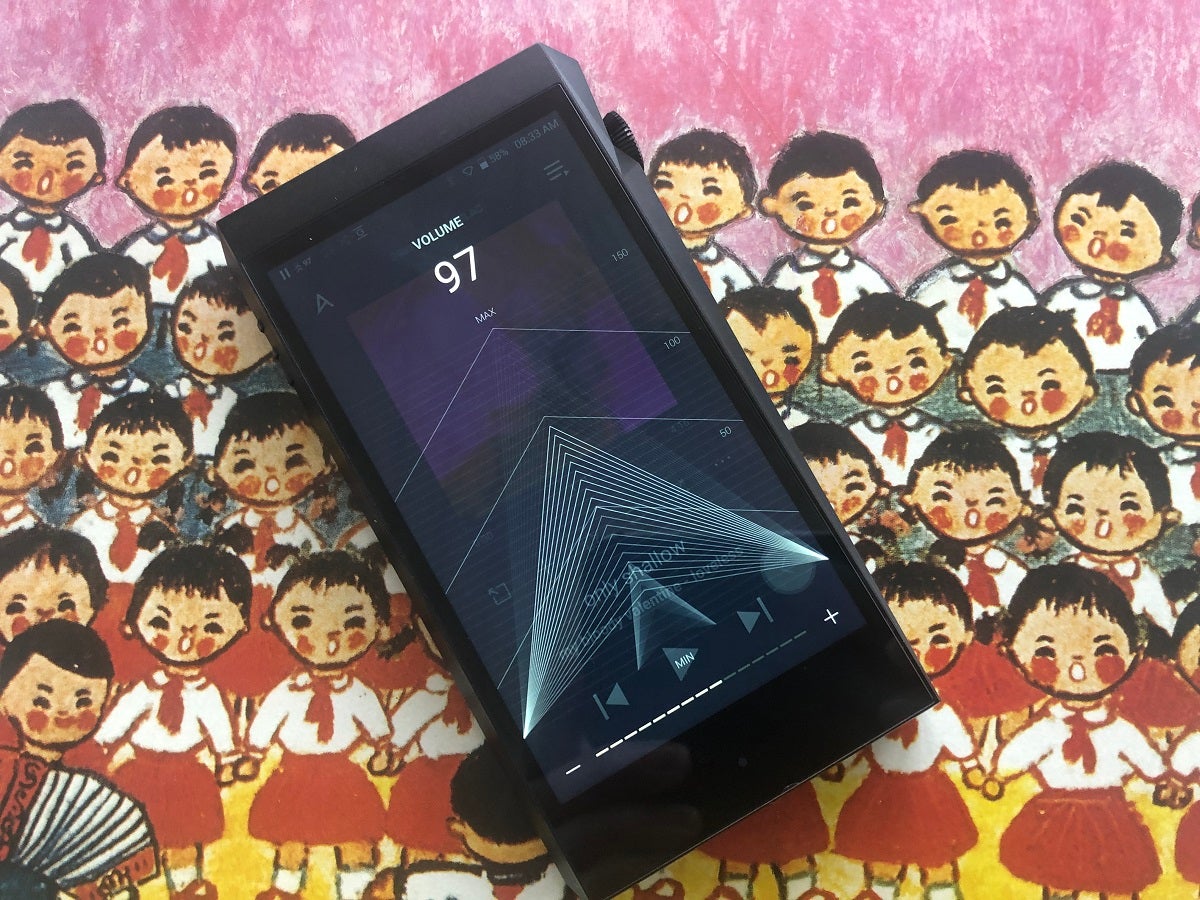 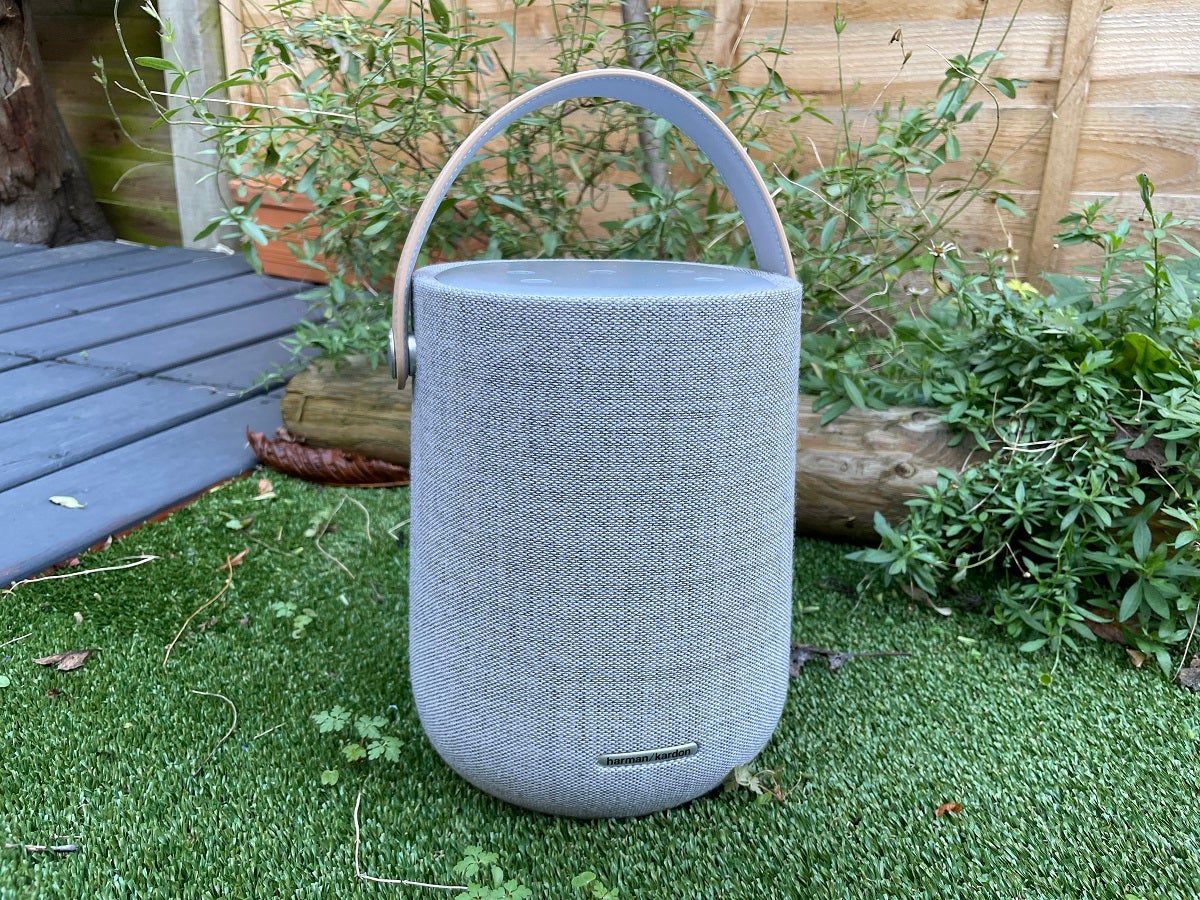 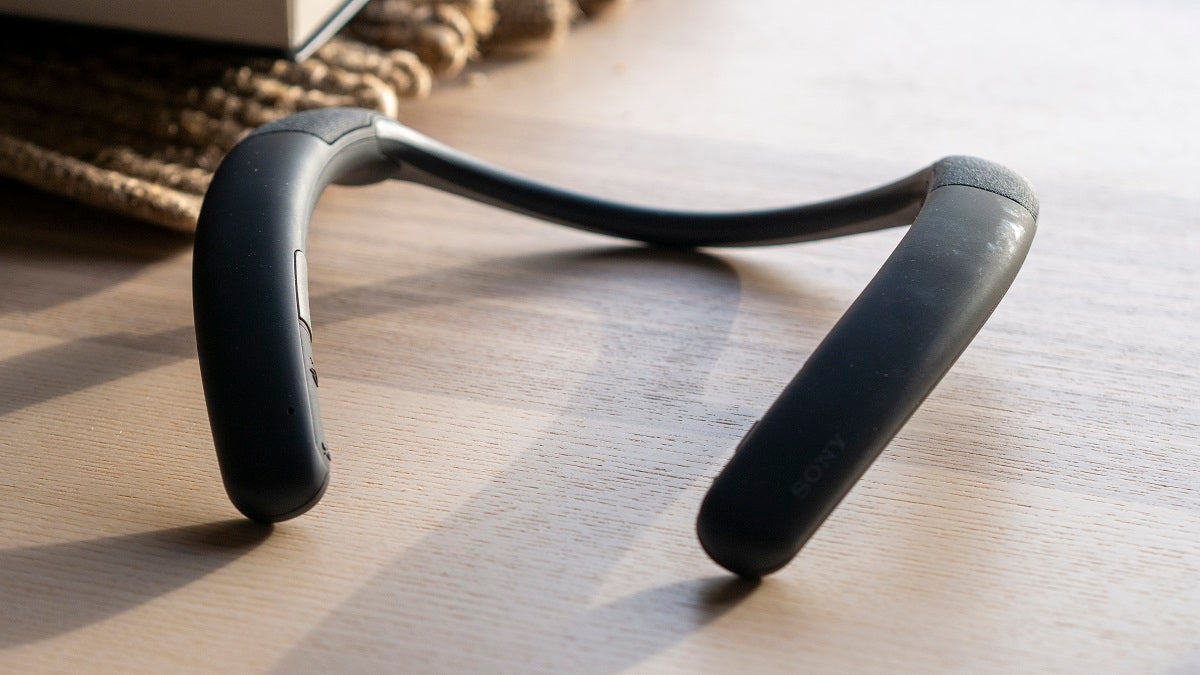 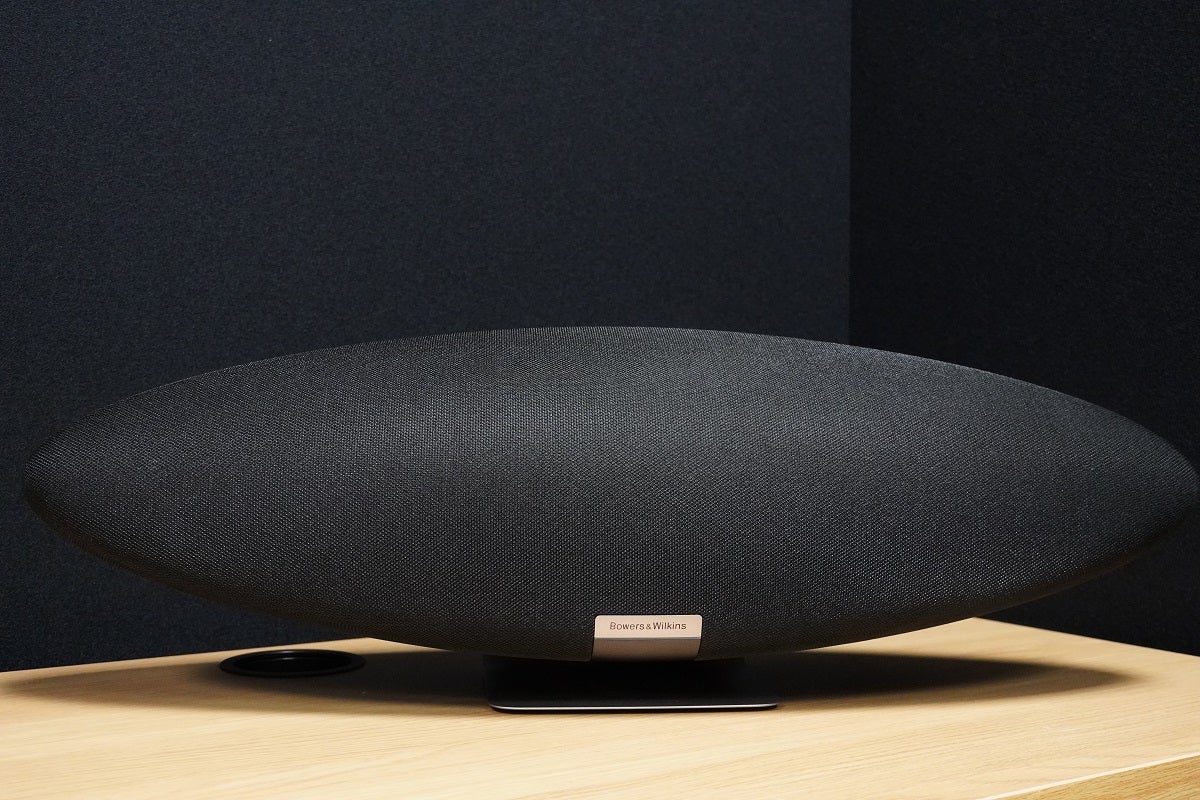 Does the Chord Anni feature a DAC?

No, in order to convert digital files to analogue, you’ll need to partner the Anni with a suitable DAC.