Time flies, doesn’t it? Has it really been five years since Naim launched its Mu-so wireless speaker and created a whole new product category at the same time?

Five years ago, a “premium wireless speaker” was something that cost over £200 and didn’t fall to pieces inside six months. Then Naim whipped the covers off Mu-so and demonstrated that the wireless speaker could be a desirable piece of proper, authentic hi-fi. Ever since, other brands have tried to compete for just a sliver of Mu-so’s credibility and profitability.

Nevertheless, five years is a long time in home entertainment, no matter how quickly it seems to have passed – with a refreshed, reinvigorated and reimagined Mu-so probably overdue. And so here it is: the Mu-so 2nd Generation by Naim.

In some ways, revamping a product to the tune of 95% of its parts, upping the price by a hefty percentage, but making such minimal changes to its overall appearance that only a forensic scientist could tell them apart, is an extremely bold move. It speaks of confidence. It speaks of a belief that the original Mu-so is such an iconic piece of industrial design that it’s nigh-on perfect.

The world of consumer electronics seldom thinks that way, however. Naim has demonstrably invested a lot of time, effort and money into transforming the Mu-so into the Mu-so 2 – so I’d have thought it might have made a little more of a visual statement about all the trouble. 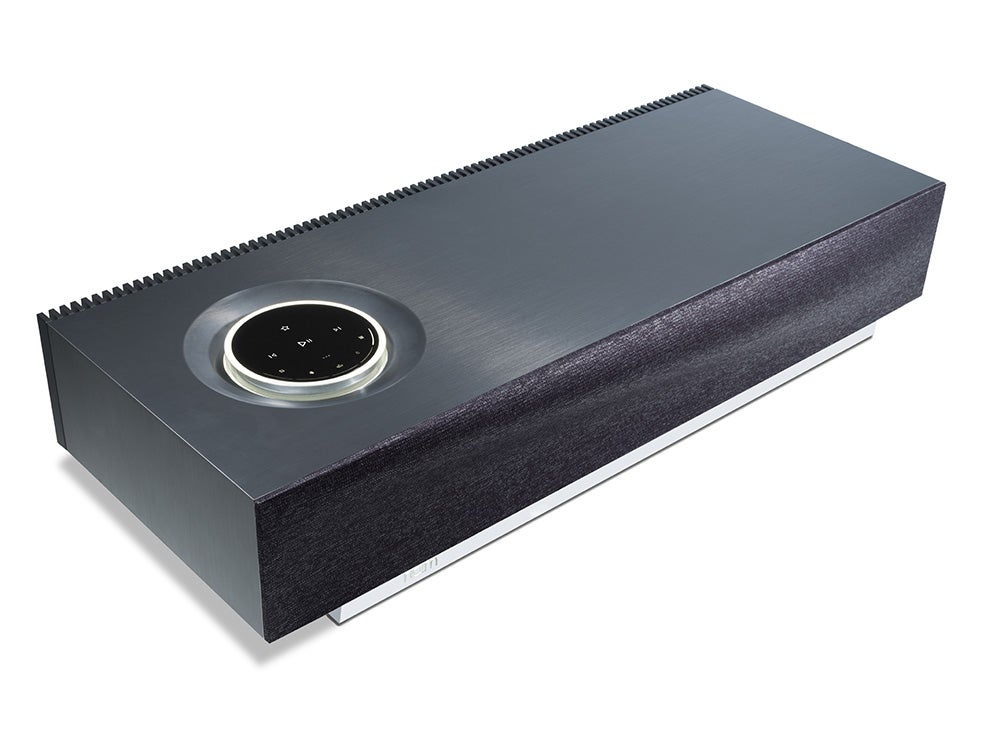 There’s no doubt the Mu-so 2 looks like a handsome, purposeful and premium piece of equipment – just as the outgoing Mu-so. But regardless of the changes that have gone on under the skin, would you be happy to pay a chunky premium to buy a new and improved model that looks virtually identical to the old one? I’m not sure I would.

To be fair, the Mu-so 2 design is a little different to the old Mu-so in some ways. The cabinet has been reengineered to deliver an additional 13% internal volume, while the internal bracing and baffle moulding have been redesigned to aid rigidity and control internal vibrations. The heatsinks that run along the whole of the Mu-so 2’s rear panel are more compact than those of the outgoing model.

That contoured speaker grille is all-new, too, although the design brief would appear to have insisted on it looking very much like the old one. Naim has spent a long time deciding on the type of acoustic cloth fitted to Mu-so 2. It’s finished in grey/black as standard, with some other, more lively finishes (peacock, olive and terracotta) available at a cost (£50, which seems a bit tight). Shouldn’t a £1300 speaker come with the customer’s choice of grille colour?

One area where there’s absolutely no question about the Mu-so 2 aping the outgoing Mu-so is build quality. This feels every bit the premium item its price tag suggests – and, from the burnished aluminium wrapping the top and sides to the pleasingly weighted glide of the big control wheel, there’s no arguing with the way the Mu-so 2 is built and finished.

Here’s where the Mu-so 2 starts to meaningfully deviate from the unit it replaces.

Sitting beneath that identikit grille are six drivers, redesigned in collaboration with Naim’s sister company, French loudspeaker specialist Focal. Two silk-dome tweeters, two doped-paper mid-range drivers (with tuned mass damper technology derived from Focal’s high-end offerings) and two “racetrack” bass drivers make up the array, with low-end reinforcement from a bass reflex port that vents at the bottom of the cabinet. Each driver is powered by 75 watts of Class D amplification. That’s a total of 450 watts, which isn’t a number to be sniffed at.

The amplification module also includes the digital-to-analogue conversion circuitry, in an arrangement Naim refers to as “direct digital amplification”. The native DAC resolution is 24bit/88.2kHz, although the Mu-so 2 is capable of downscaling files of up to 24bit/384kHz via UPnP or wired/wireless network connection, and 24bit/96kHz via its digital optical input. It can’t as yet handle MQA files, however, which is a pity – that Tidal Masters subscription is going to go to waste somewhat.

As well as Wi-Fi, Ethernet and optical, the Naim’s connectivity extends to Bluetooth 4.2, USB, analogue via a 3.5mm input and and HDMI ARC socket, making the Mu-so 2 a realistic proposition as a stereo soundbar, too.

It’s Roon Ready, and has Apple AirPlay 2, Spotify Connect, Tidal, Chromecast Built-in and vTuner internet radio integrated and ready to go. This adds up to a) numerous source possibilities; and b) multi-room functionality using either the Apple Home, Google Home or Naim app along with other compatible, networked products.

Running the whole show is a brand-new digital signal processor. It’s able to process 2000 million instructions per second, which sounds an awful lot, especially when compared to the original Mu-so’s suddenly rather humdrum 150 million per second.

Too often, interaction with electronics is an afterthought. That emphatically isn’t the case where the Mu-so 2 is concerned.

The Naim control wheel is one of the finest interfaces in the whole of consumer electronics-world. For the Mu-so 2 it’s been given extra functionality (there are a total of 15 touch-sensitive controls, all awakened by a proximity sensor) and illumination around its edge. Regardless, it remains the smooth-scrolling, gloriously engineered and weightily sophisticated control everyone remembers (and loves) from the original Mu-so. It’s a tactile treat. 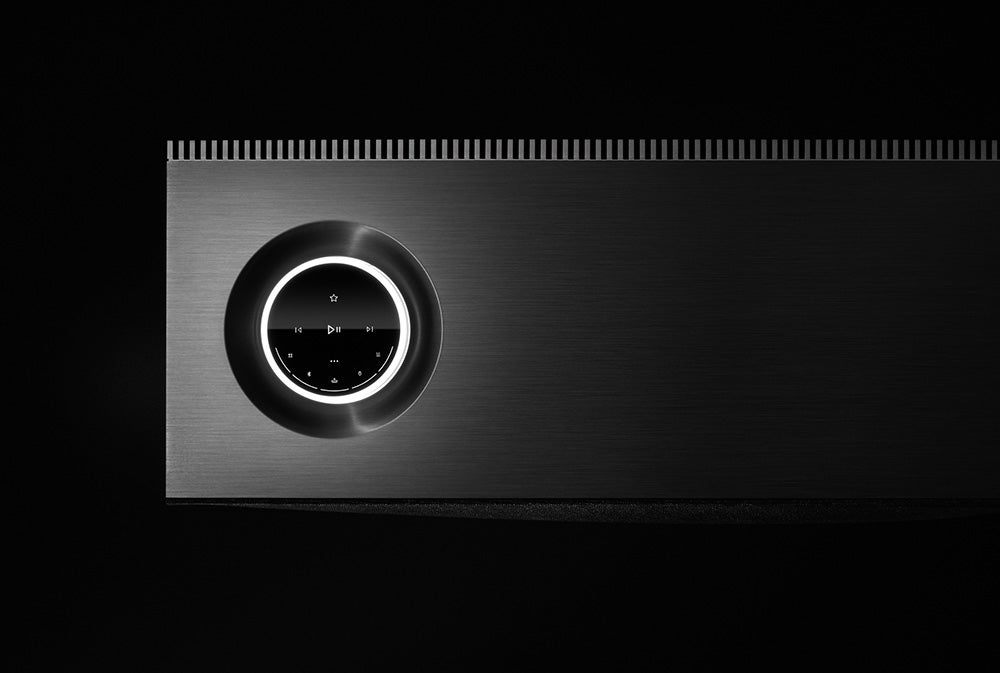 Nevertheless, the appeal of getting up to use a physical control – even one as gratifying as this – is lost eventually. So, thankfully, you’re also able to use the bundled remote control handset (it doesn’t feel as expensive at it should, given the cost of the product it’s controlling, but it has all the functionality you need) or the Naim control app. The latter isn’t 100% reliable – more 99.5% – but it’s clear, logical and more stable than any number of rivals we could mention.

In some ways, the way Mu-so 2 sound is very reminiscent of the model it replaces. In other ways, it’s quite an improvement. However, this isn’t the first thing you’ll notice about the Mu-so 2. The first thing the Mu-so 2 is keen to demonstrate is just how loud it is.

Did I mention 450 watts? Give the Mu-so 2 the beans and it sounds every single one of them – it’s implacably, ferociously loud.

A 24bit/96kHz file of Underworld’s “Barbara Barbara, We Face a Shining Future” is first downsampled by the Naim and then served up in a remarkably assertive manner. It digs deep, hits hard and remains utterly controlled throughout – and it doesn’t alter its tonal emphasis, even as the volume is dialled round towards “antisocial”.

The list of wireless speakers that become flustered, or shouty, or ill-organised, the louder you listen is quite long – but the Mu-so 2 isn’t on that list. Riding the volume control upwards does spoil the three-dimensionality of the soundstage a little, but tonally the Naim simply gets louder. Basically it dares you to keep listening at increasingly punishing levels. I think it’s safe to say your resolve will give out before the Naim’s does.

It’s no one-trick pony, though. Lower the volume and change the emphasis with a Tidal Masters file of Stevie Wonder’s “He’s Misstra Know-It-All” (tragically squashed down to a mere 16bit/44.1kHz, the same as the CD equivalent) and the Mu-so 2 gives a detailed, poised and thoroughly enjoyable account of itself. The voices in the mid-range are handled deftly, loaded with the finest details that give a vocal true character, and the information both above and below is integrated into a completely convincing whole.

In every meaningful respect – dynamism, low-frequency presence, high-end attack, you name it – the Mu-so 2 advances on the original Mu-so just a little. It has more than enough insight to make the complexity of Grandaddy’s “He’s Simple, He’s Dumb, He’s the Pilot” easy to understand and follow, and it has enough control to keep Gogo Penguin’s “Raven” just the right side of “abandoned”. Plus, of course, it’s capable of playing at levels you won’t countenance for long.

In purely audio terms, downsides are few. Despite its considerable 63cm width, it doesn’t have the outright spaciousness to its presentation that’s ideal, and the stage can get a little cramped at volume. In every other respect, though, the Mu-so 2 makes good on its promise of improving on what was already an extremely competitive machine.

If you’re lucky enough to have comfortably more than a grand to drop on a wireless speaker, the Mu-so 2 needs to be very near the top of your shortlist. Just don’t go expecting its visual statement to be anything like as startling as its audio statement.

The Naim isn’t just a wireless speaker, with its HDMI ARC connection you can also use as alternative to a soundbar with its stereo sound. That is can go particularly loud as well as plenty of dynamism makes this worth considering as a multi-purpose speaker.

If it’s drama you’re after, Devialet’s £1290 Phantom Reactor 900 has it in spades. It’s a more visually arresting speaker than anything else on the market – and that’s doubly the case once it starts making music. It can’t quite match the Naim’s spaciousness of sound, and everything it does it seems to do in a hurry, but its native 24bit/192kHz DAC puts it ahead of Mu-so 2 – on paper, at least.