As a huge fan of the Borderlands series, the Legendary Collection gives me almost everything I could've wanted – a solid port that runs well and finally does the series justice in handheld form. The steep asking price and lack of new content is unlikely to sway all existing fans, but the bundle is must-have for newcomers.

Let’s take a trip down memory lane – specifically to 2015. After rinsing through the PC version of Borderlands 2, absolutely enamoured by its fast-paced gameplay and enticing RPG mechanics, I was alerted to the existence of a PS Vita port of the game. With the Vita being my portable console of choice at the time, I snapped up the first copy of the game I could lay my hands on. In hindsight, I should never have gotten my hopes up.

Despite its lofty intentions of having a full-scale triple-A game on the go, Borderlands 2 for the Vita was an absolute mess. The frame rate would drop as soon as any enemies made an appearance, and the game’s textures can best be described as having a sludge-like quality to them. My hopes of taking Borderlands with me on the daily commute were dashed. That is, until now.

As part of its effort to bring some of its biggest titles to the Nintendo Switch (alongside XCOM 2 Collection and Bioshock: The Collection), 2K has bestowed the Switch library with all three Borderlands titles from the last console generation, namely Borderlands, Borderlands 2 and Borderlands: The Pre-Sequel. The question now is – has 2K finally delivered on the promise of Borderlands on a handheld? Emphatically so, but it’ll cost you.

Anyone who’s played a Borderlands title will know that the series’ iconic blend of the RPG and FPS genres doesn’t change all too much between each title. With the exception of different locales and narratives, the core gameplay is almost indistinguishable between all three titles, but when the formula works so well to begin with, it’s easy to understand why. 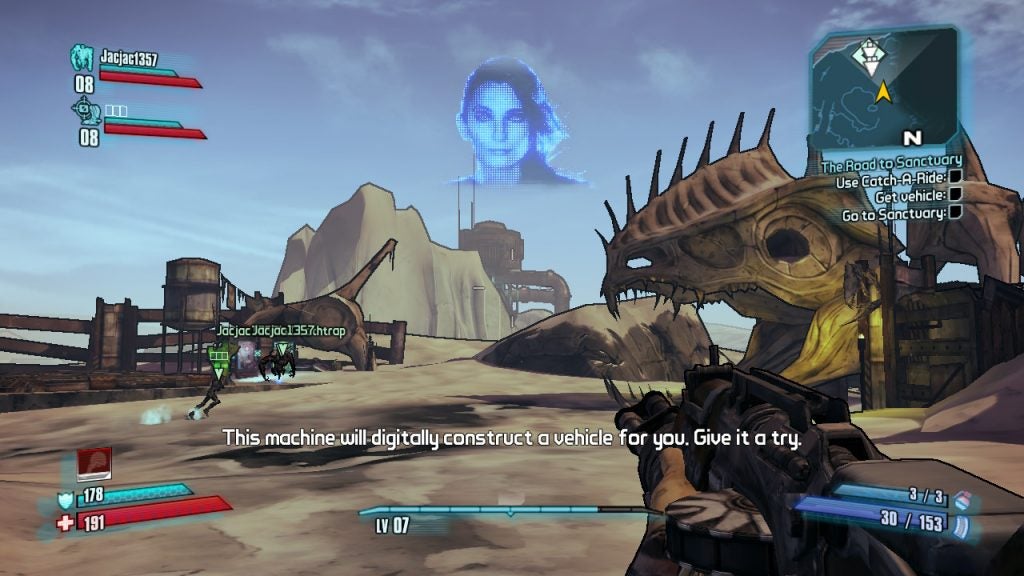 Even though I poured countless hours into Borderlands 2 back in the day, playing it again on Switch simply reminded me of why I found the game to be so enjoyable in the first place. From the incredibly fast-paced revolvers to the well-timed executions of your character’s unique ‘action skill’, each game does its utmost to make you feel like a total badass – but that’s only one side of the equation.

Borderlands uses an RPG style levelling system to charter your progression, with skill trees that let you invest in the play-style that suits you best. It’s nowhere near as in-depth as what you might find in a full-blown RPG, but each bump provides a noticeable upgrade on the battlefield. By the end of each game, you’ll feel like an absolute powerhouse, and it’s every bit as rewarding as it sounds.

Of course, with three games bundled as part of the Borderlands: Legendary Collection, it’ll be a long time before you reach the credits on all of them. With oodles of sidequests and loot to obtain, each game has at least 25 hours worth of content to plough through if you’re speedy, but that’s without taking into effect all the extra DLC that’s included. If you’re looking for a solid Switch game to last you all summer – this is it. 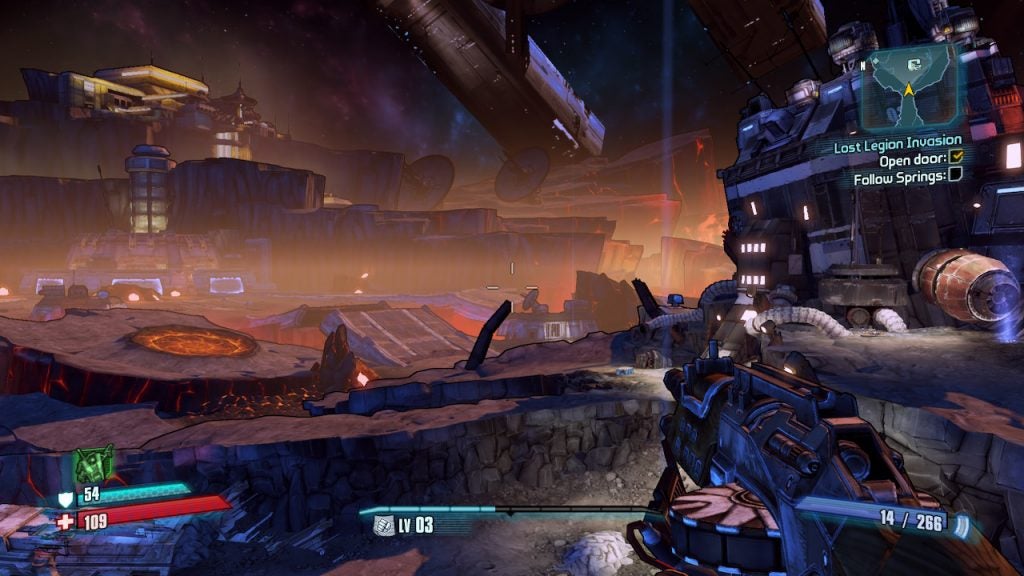 While single-player is most certainly an option here, Borderlands really comes to life within its multiplayer set-up. Up to four players can tackle the main campaign of all three titles cooperatively, either online or via a local connection. Given just how synonymous the Nintendo Switch has become with multiplayer – particularly couch co-op – Borderlands feels like a perfect fit.

The only issue is that, much like any other port of a major third-party title, Borderlands falls foul of the well-documented ‘Switch tax’. With a Nintendo eShop price of £39.99, Borderlands: Legendary Collection does not come cheap. It’s nowhere near as pricy as Burnout Paradise Remastered, but it’s a definite hike upon what you would expect to pay on other consoles.

If you are approaching the series for the first time then I can’t think of a better way to enjoy the Borderlands experience. The versatility offered by the Switch means that you can really invest your time into these games, and there’s a ridiculous amount of content to be enjoyed in return.

For those who might just be interested in replaying the games on the go, I’d argue that there’s no rush to snag the game ahead of the next eShop sale. Besides, outside of the portability factor (and some marmite motion controls), there aren’t any exclusive pieces of content to this Switch port to sway existing fans. 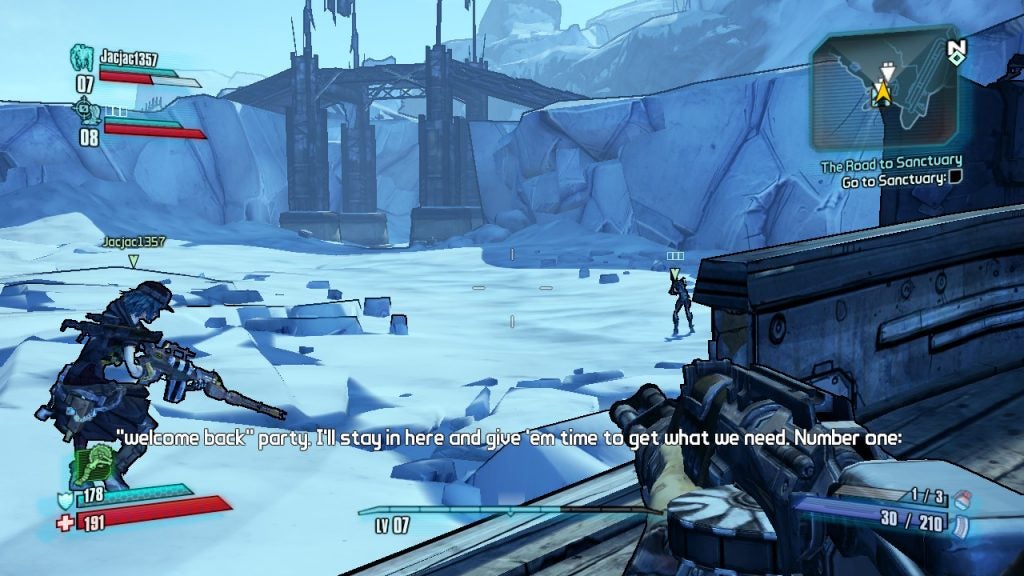 I understand that for the companies that produce these Switch ports, their appeal is in the fact that you already have the existing framework available and so it’s far less of a challenge than creating a game from the ground up, but it would be nice to see some form of new content to help ease the sting of these higher than usual prices. Even just a few costumes of iconic Nintendo characters, similar to what Diablo 3 did, would be a nice addition.

As someone who has been waiting rather patiently for a fully-fledged Borderlands experience on the go, Borderlands: Legendary Collection is exactly what I had hoped for. There was no stuttering or frame rate drops to speak of during our testing, as the Nintendo Switch was more than capable of keeping up with the explosive action featured across all three titles.

The lack of any major additions to this Switch version – outside of motion controls – mean that it’s not exactly a must-have option for existing fans, but for anyone who’s coming to the series for the first time and fancies a plethora of content to sink their teeth into this summer, Borderlands is a Switch essential.