XCOM 2 is a challenging and engrossing turn-based tactical shooter, and seeing it running on the the Nintendo Switch is very impressive. However, there are a number of performance issues here, including immersion-shattering frame rate drops and frustratingly long loading times. There's no doubt that XCOM 2 is best played on a PC with a keyboard and mouse, but if the Switch is your only gaming platform then this is still a worthwhile buy, albeit an expensive one.

XCOM 2 is widely regarded as one of the very best PC games released within the last decade, so to see it arrive on the portable Nintendo Switch is quite the marvel.

A number of compromises have been made to make this port possible though, with a shaky frame-rate performance reminding us of the Switch’s unfortunate hardware limitations.

The XCOM 2 Collection for Nintendo Switch also resurrects the question of how far developers should go when porting a game over to an alien platform. While port expert Virtuos has done a terrific job getting XCOM 2 running on the Switch, not enough has been done to help the alien shooter’s transition to the small screen, with subtitles too small and important UI overlays often shunted out of view.

If you want to play XCOM 2, the Nintendo Switch is comfortably one of the worst platforms to experience it on. That said, to have such an acclaimed game on Nintendo’s portable is still cause for celebration for those who use the Switch as their sole gaming device. 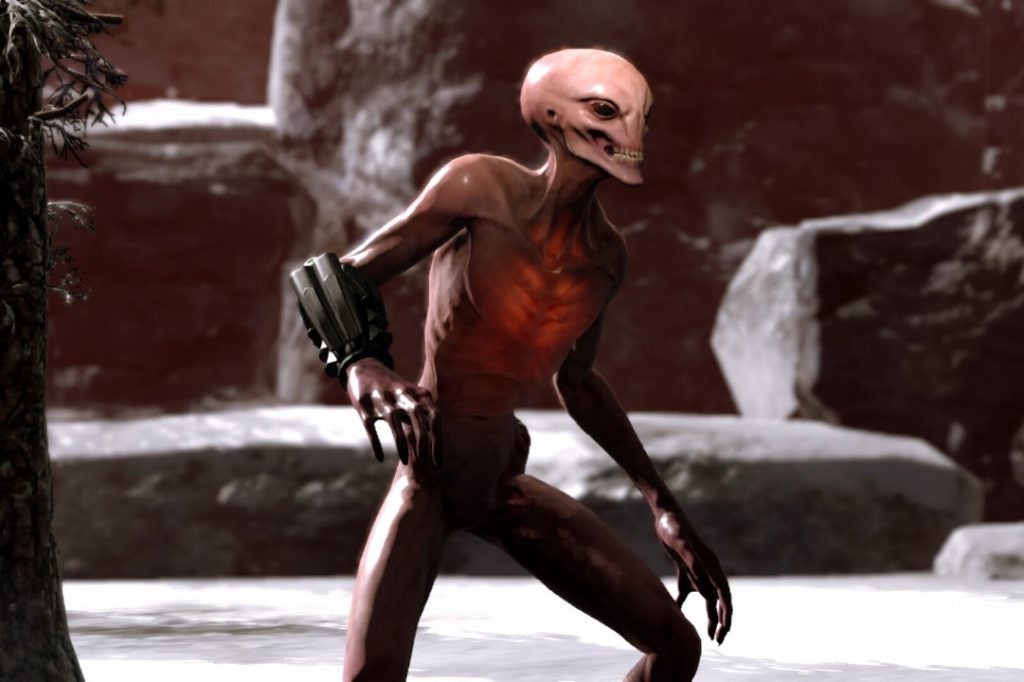 The XCOM 2 Collection is made up of the base game, four DLC packs (Resistance Warrior Pack, Anarchy’s Children, Alien Hunters, Shen’s Last Gift) and the War of the Chosen expansion. That’s a lot of content, especially when you consider how much replay value is on offer here.

Most of the downloadable content is just made up of new weapons, gear and cosmetic customisations. Shen’s Last Gift is by far the best bundled DLC, providing you with one of the finest XCOM 2 missions available and featuring an unlockable SPARK robot soldier class that I found to be invaluable for future missions.

War of the Chosen, meanwhile, is entirely separate expansion, featuring new soldier classes, enemies and missions, albeit with a mostly similar formula to the base game. 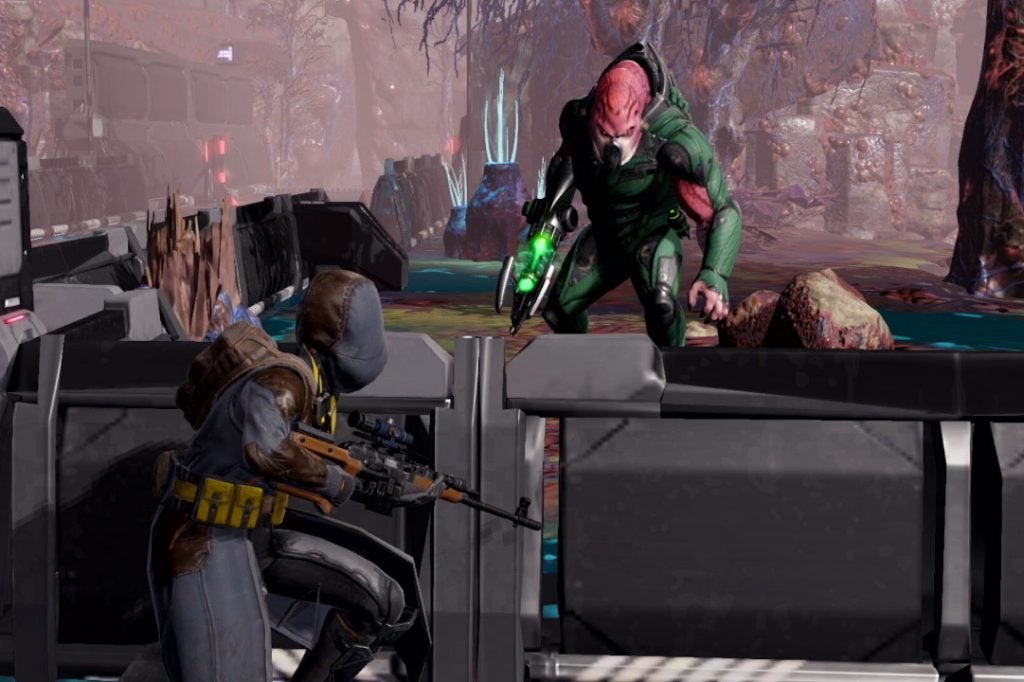 For those unfamiliar, XCOM 2 is a turn-based tactics shooter that feels like a more nuanced and complex chess game, but with alien-killing soldiers replacing your knights and pawns. When hovering over an enemy on the battlefield, the UI will ping useful data onto your screen such as the percentage probability of a successful shot and the amount of damage your weapon will likely make.

Don’t think that such data makes this an easy venture though, as XCOM 2 not only requires you to think how you should dispatch the next closest alien thug, but also what steps you need to make to evacuate without being flanked in the process, as every mistake can be very costly.

XCOM 2 features a brutal difficulty, with troops easily wiped out if not behind adequate cover or equipped with high-level gear. The permadeath feature makes such loss gutting, and even though the pool of soldiers you can recruit is replenished every month, seeing a soldier killed in action will lose you all of the upgrades they built up over the duration of the campaign.

The high difficulty can be frustrating at times, especially if missing a 95% shot ends up proving disastrous. But these high stakes only increase the relief and satisfaction of a successful mission without casualties. 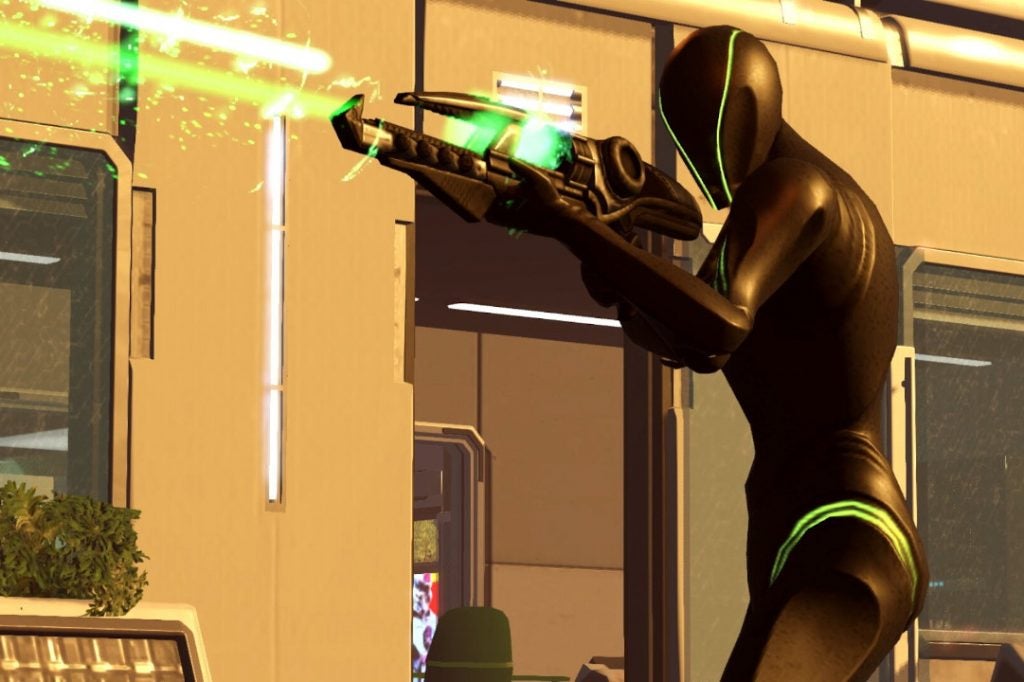 XCOM 2 also encourages replays, starting off on a new point on the globe with every restart to ensure content feels fresh. My whole squad was wiped out fairly early on during my first playthrough, so such a feature was very much appreciated.

You’re also tasked with building up your army’s resources by researching new technology, recruiting new staff and making contact with various countries for a boost in supplies and intel. This management system is not only engrossing, but also provides a plethora of options that can lead to extremely different playstyles and personal experiences.

The range of soldier classes and varying skill tree options gives each mission a wealth of depth. XCOM 2 also has a wide number of enemy classes, from the mind-controlling Sectoid to the Berserker that charges down anything in its path. Each alien foe is well thought out, and it’s a genuine delight to find out what alien classes are lurking in the shadows for each mission.

It’s evident that XCOM 2 has been designed with a keyboard and mouse in mind though, with the battlefield and menu systems clunky to navigate with the Switch Joy-Cons. It takes a good while to get used to, and even then I would still occasionally hit the wrong command when scrolling through each soldier’s special abilities. 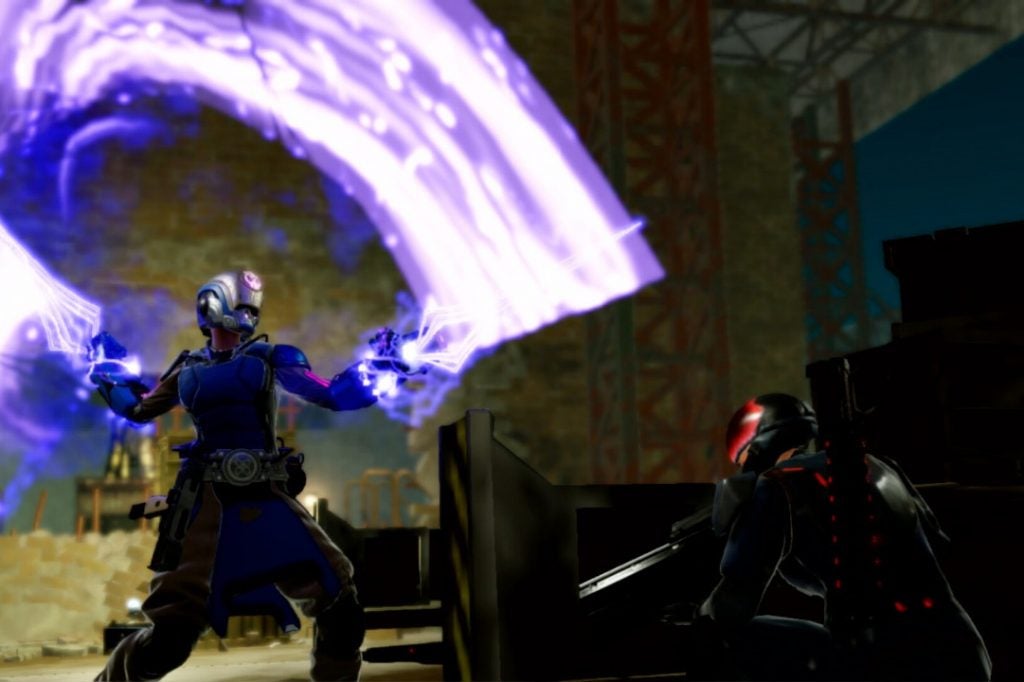 Weapon descriptions and dialogue subtitles are annoyingly small too, with no option to increase the font size. That may not be an issue with a gaming monitor, but it caused me a lot of aggro when squinting at my Switch Lite’s 5.5-inch screen.

Cutscenes also suffer frequent frame rate drops, losing the dramatic tension built up before every mission. Such performance issues are understandable given the Switch’s hardware limitations, but makes it no less of a bitter pill to swallow for those who have shelled out £40 for the game.

It also goes without saying not to expect high fidelity visuals for the likes of character models and scenery, with Virtuos clearly reducing the graphical quality to get XCOM 2 running on the Switch.

Loading times can be painfully slow too, whether that’s loading up a mission or waiting for the enemy AI to take its turn. The issue only gets worse as you progress through the game, as more enemies fill the screen and push the Switch to the absolute limit. It’s still very much playable, but I’d recommend playing on PC, PS4 or Xbox One instead where possible.

The XCOM 2 Collection is an excellent package, featuring one of the best games of the last decade with an abundance of content that can keep you occupied for months.

However, this Switch port feels very rough around the edges, with blatant frame rate issues and a lack of quality of life improvements for the smaller screen eroding the gloss of an otherwise superb game.

If you’ve got a PC, PS4 or Xbox One, then I strongly recommend buying on those platforms instead, especially because they’re often available at very affordable prices. But if the Switch is your sole gaming device, or you just really want to gun down aliens on the go, then the XCOM 2 Collection for Nintendo Switch is still a worthwhile option if you can overlook the technical hiccups.