As you’d hope, with the back off you can access the battery (to easily replace a dead one with a charged one) and microSIM slot but crucially there’s a microSD slot too so you can expand the phone’s storage. There’s 16GB built-in and up to 32GB more can be added, with a possibility of up to 64GB cards being supported in the future.

Also, on the inside of the back cover is the NFC aerial which connects to the phone through a couple of gold contacts. This will allow the phone to be used for things such as contactless payments, reading NFC tags on posters and quick syncing with Bluetooth or other wireless accessories. 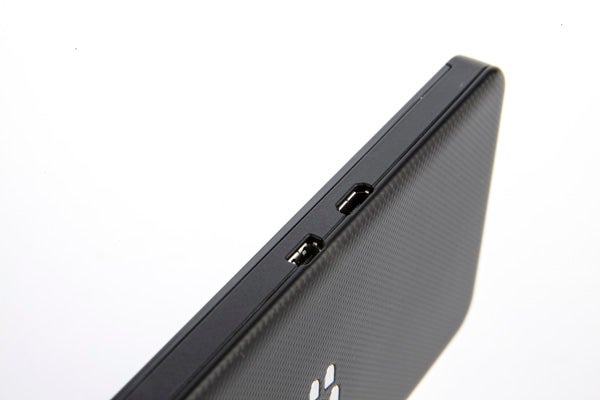 Looking round the sides of the Z10, on the left it’s something of a surprise to see two rather similar looking sockets. One is the familiar microUSB for charging and connecting to a computer while the other is a microHDMI port. These were popular a year or two ago as a means of easily connecting your phone to a TV or computer monitor, for watching video, flicking through pictures, or even showing a presentation on a big screen, but nowadays most phones use an MHL port. MHL uses the same connector as microUSB but it also allows output of video with an appropriate adapter. Neither way is necessarily better but MHL means there’s one less hole in the side of your phone. 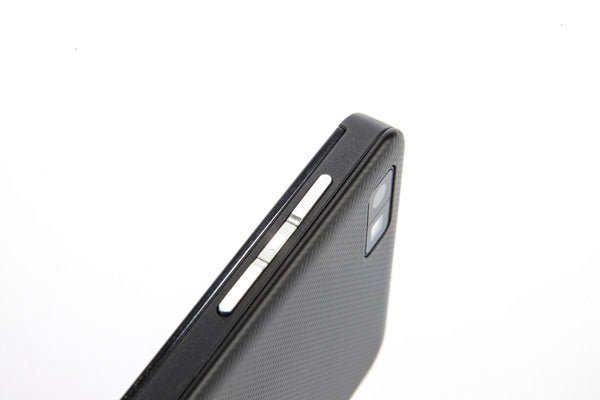 Meanwhile, on the right edge are a trio of buttons that should be familiar to any regular BlackBerry users. The top and bottom ones are the volume buttons while the central one performs a number of functions; tap it and it will play/pause music or holding it down will kick start the voice command voice-controlled assistant.

Up top is the power/screen lock button alongside the headphone jack and the second microphone which is used for noise cancelling. On phones likes this which have no other buttons underneath the screen, we normally prefer power/screen lock buttons to be on the side of the phone so you only need one hand to unlock it. But BlackBerry has got round this by allowing the phone to be unlocked by performing an upward swipe gesture from the bottom edge of the screen. This works surprisingly well as it’s both responsive yet not easily activated by accident, so there’s no danger of unlocking the phone from inside your pocket.

Looking more closely at that screen, it’s an LCD model with a decent resolution of 720 x 1280 pixels, which gives it an iPhone 5 rivalling 356 pixels per inch (ppi). This sharpness is combined with strong, realistic colours, excellent viewing angles and that effect that modern screens have of appearing like the image is on the surface of the glass, not below it. 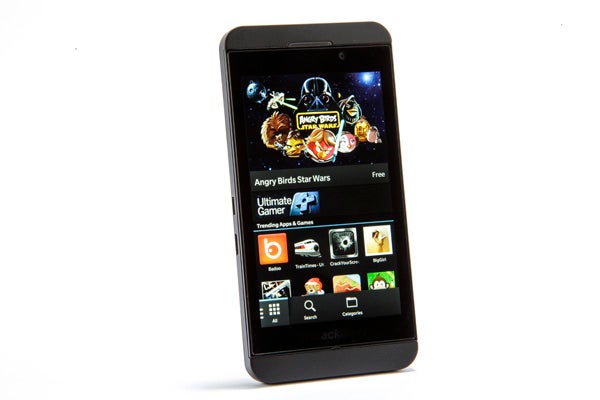 There’s an argument for saying that the BlackBerry presents a more sensible everyday range of brightness settings but equally there are some occasions where it’s genuinely useful to drop brightness to almost nothing to save battery or have it super bright when in bright daylight conditions. 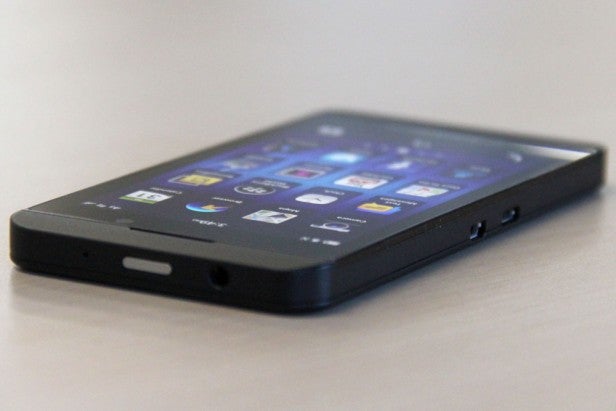 Comparing to something like the AMOLED screen of the Samsung Galaxy S3, the Z10 also lacks a little bit of the punchiness of that screen but we actually prefer the more ‘natural’ looking colours of the Z10.

All told then, while the BlackBerry Z10 doesn’t wow with its design there is equally not much that’s an instant turn off and it ticks many of the essential feature boxes. In fact, in this regard it reminds us of the much underrated LG Optimus 4X HD. But, this phone doesn’t run Android, oh no, this one runs BlackBerry 10 and it’s that we get to grips with over the next few pages.