Perhaps the biggest surprise of this phone is how good its camera is. It only has an 8 megapixel sensor so isn’t setting any new records in that regard but in terms of image quality it’s excellent.

The app, however, isn’t the best we’ve ever used. To take a picture you simply tap anywhere on screen, which sounds convenient but often it means you fire off a shot before meaning to. What’s more, when you tap it doesn’t wait to focus first but just takes the shot. Still, it means you don’t miss the moment and if you pause before tapping the autofocus will automatically kick in allowing you to simply tap whenever the moment is right. 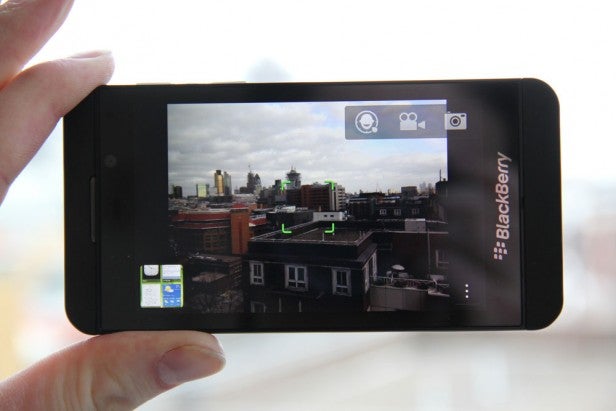 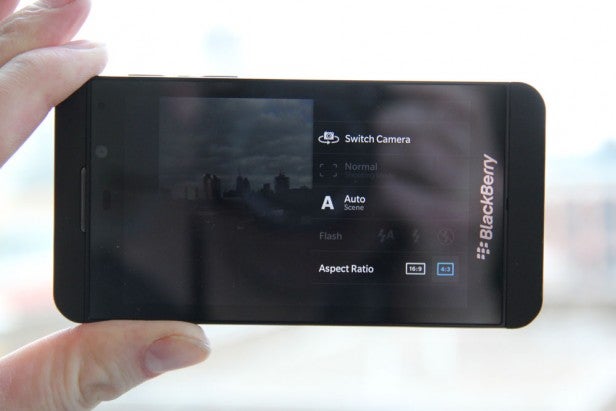 Moving the focus point is possible though a little convoluted as you have to ‘grab’ the focus indicting square and drag it to where you need, rather than just tapping on the screen as on the iPhone for instance.

Shooting options aren’t as comprehensive as Windows Phone 8 or Android but there’s a little more on offer here than on iPhone including a choice of aspect ratios plus a burst mode. Though there’s no panorama mode. 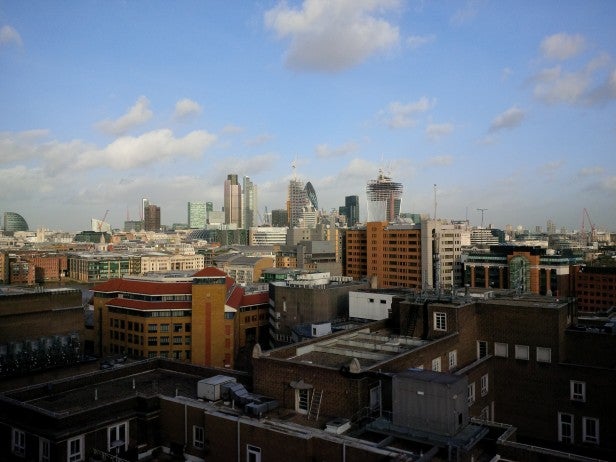 But as we hinted at earlier, what impresses here is the quality of the shots you get. Sure, they’re still phone photos but colours look really natural, shots are well exposed and there’s a good amount of detail. Also, unlike almost all phone cameras, when using the flash the phone actually makes a proper effort to light up the scene with its LED before taking a shot, allowing it to focus properly in pitch blackness – assuming the subject isn’t too far away. 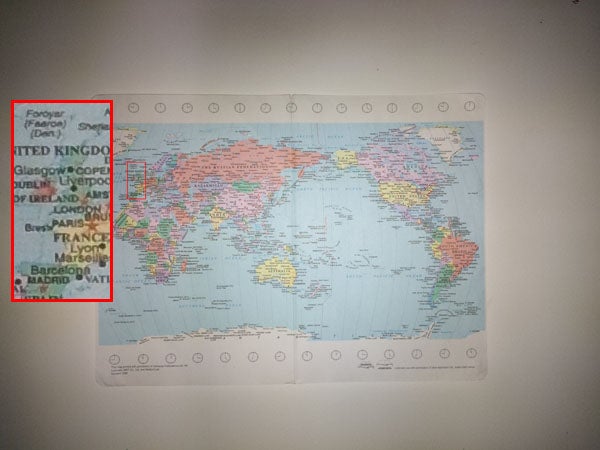 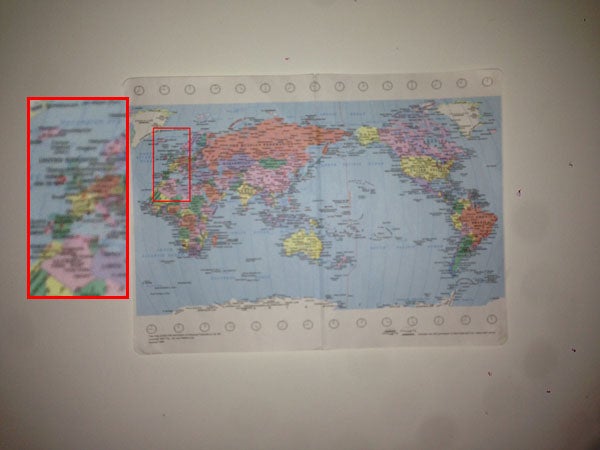 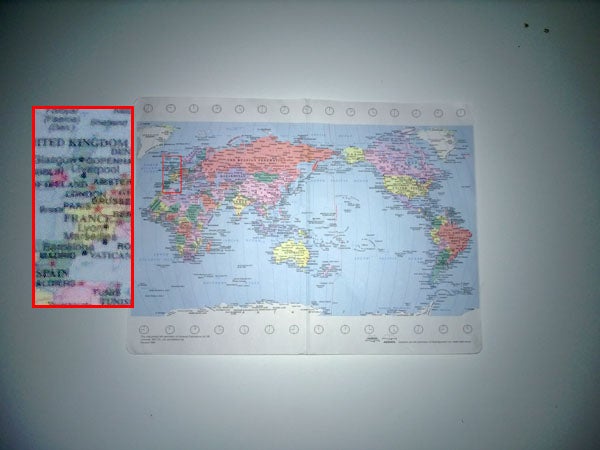 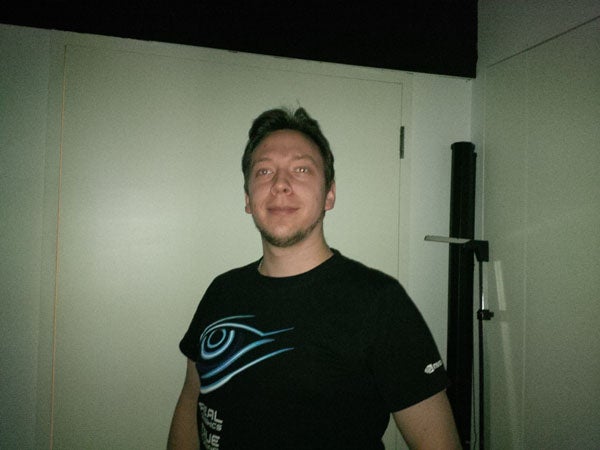 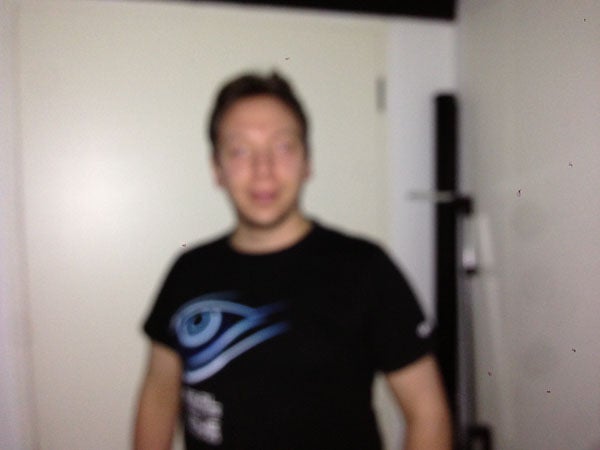 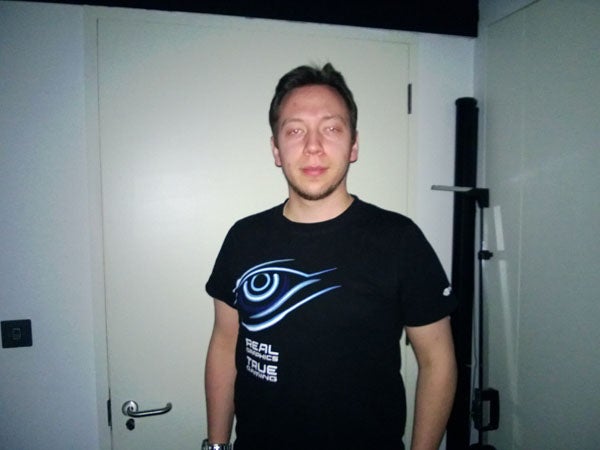 It’s a similar story with video. There’s nothing too clever in the app but footage is simply very good quality, and you can turn the lamp on and off while shooting. It’s simple stuff but plenty of other phones get this wrong. 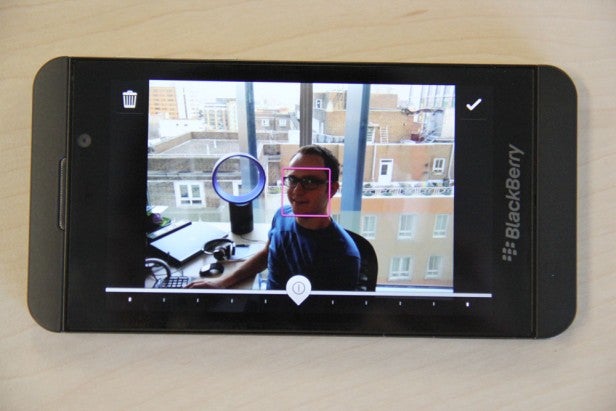 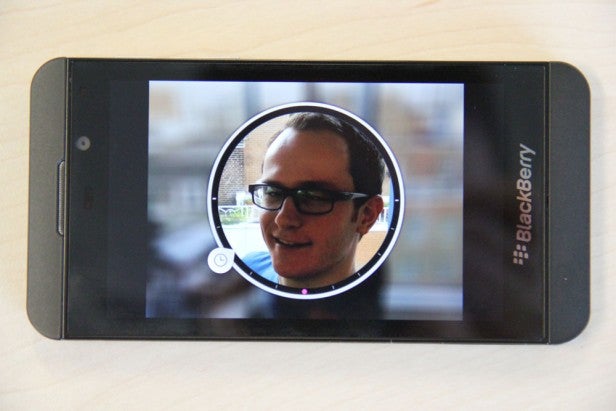 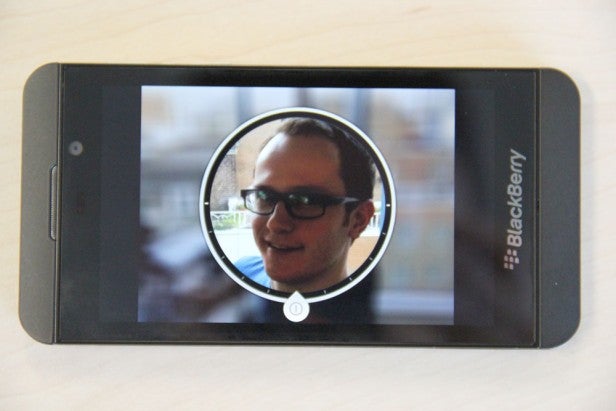 There’s also a nod to the more gimmicky camera features offered by competitors, though again what’s offered here seems to be genuinely useful. There’s a feature called Timeshift which takes a number of photos in quick succession then allows you to pick the best bits from the different images to create one perfect image. It’s specifically meant for group portraits and will automatically identify faces  allowing you to then choose the best shot for each face until you’ve eliminated blinks and such like. Then a main slider along the bottom lets you choose the best shot for the rest of the image. It works really well and is a genuinely useful tool.

The BlackBerry Z10 only has am 1800mAh battery so it was never likely to impress when the likes of the Samsung Galaxy S3 have 2100mAh units. But it still put up a pretty good fight, lasting a day without too much bother. Notable is that, unlike the iPhone 5, it isn’t very good at eking out the last little drop of battery life. So where the iPhone 5 will sometimes push on through the night with a tiny amount of battery left the Z10 was always dead in the morning. The iPhone 5 will run out just as quick if you’re using it but sat idle it’s impressive at keeping going. 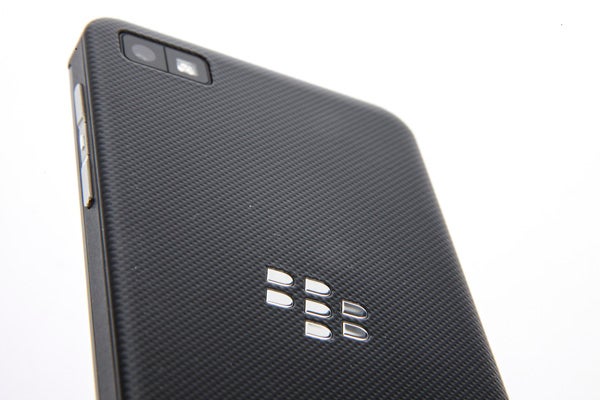 Perhaps more importantly, those used to the long battery lives of older more conventional BlackBerrys may be alarmed by the single day life of the Z10, but such is the way of most modern smartphones.

It’s still a little early to fully judge the BlackBerry Z10 as it could be the case that a few quick software updates and a flurry of new apps quickly put it strongly into contention. However, as it stands it comes up a little short.

On the hardware front BlackBerry hasn’t done much wrong. The design is a little dull and the plastic back a tad cheap looking but overall it’s a smart looking device that despite being a black plastic slab actually manages to stand out from the crowd. And as for features, it wants for nothing with an impressive camera, good screen, NFC, 4G, and a microSD slot, though performance is a little below par.

That said, there’s no one killer hardware feature and BlackBerry 10 is still a bit shaky. As well as the lack of app support there are plenty of tweaks needed to just tidy things up a bit and improve performance. Add in the convention-defying multi-tasking centric homepage and it could be some time before the overall experience really rivals that of other handsets.