What are the Beats Executive headphones?

If you are a bit too old to pull off the Beats by Dr Dre. Solo HD headphones and their youthful looks, you need something like the Beats Executive.

They’re headphones that take many of the Beats by Dr. Dre traits, but pack them into a shell designed to appeal to a slightly older audience. 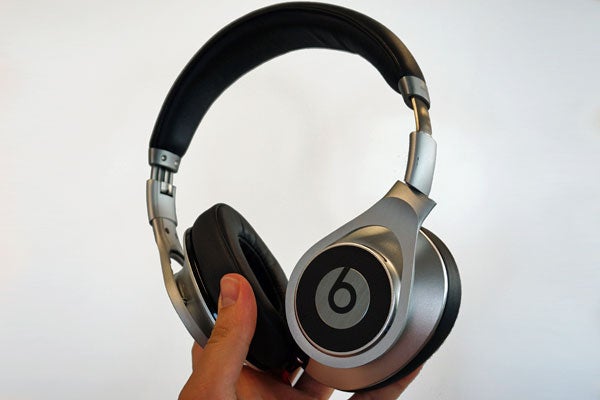 If that leaves you expecting the headphone equivalent of a Zimmer frame, think again. They’re simply black and silver rather than black and red – the standard Beats colour scheme.

They also have far more metal on show than their series stablemates, the Beats Studio. The outer part of the headband arm and the outside of the cups are finished in anodised aluminium, where glossy (and rather cheap-feeling) plastic is used in most Beats headphones.

The Beats Executive feel a little more expensive as a result, but they are also heavier too.

To compensate a little, these headphones have a fairly generously-padded, pleather-topped headband rather than the usual rubbery plastic. This is used in other Beats sets to make them stay on your head when, for example, jogging. 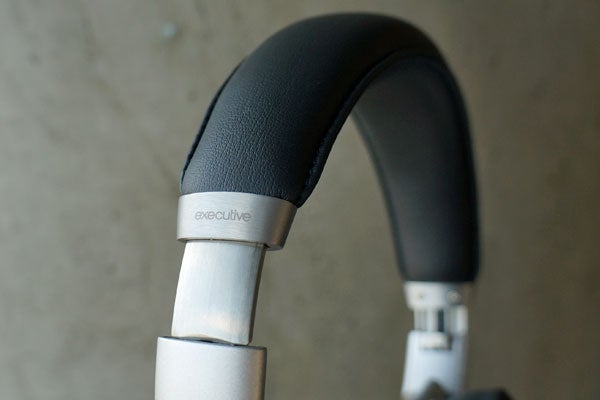 The Beats Executive have a firm grip on your head that’s strong enough for a light jog, but we wouldn’t recommend them for exercise. They will move about during any vigorous activity.

So, are these the higher-end headphones for classy bass-loving folk? Not entirely. There’s a worrying build issue. The pads make a solid vacuum with your ears, and when you push on the back of the earcups, the air pressure deforms the driver.

The sound distorts for a few seconds before the driver finds its correct position. This is very worrying, and is likely to cause permanent damage in the long run. It’s an issue caused by the lack of proper porting, which would stop the creation of such a destructive vacuum.

This issue is enough to make us make you think very, very carefully before buying. It’s bad, and almost makes us want to stop the review right here.

The synthetic leather used on the headband isn’t the best we’ve seen either. It has a fairly convincing-looking grain to it, but get your fingers onto it and it’s clearly fake. That said, it’s soft and doesn’t heat your ears up too badly. These are full-size over-ears headphones, so they sit around your ears rather than on them. 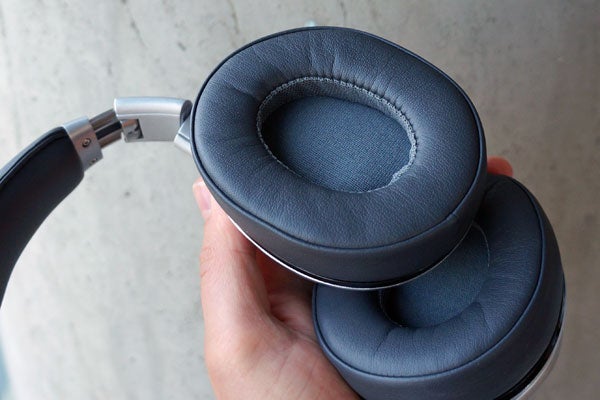 The Beats Executive are not obsessed with ticking every portability box, but they do fold up like most other Beats headphones, and the cups turn around 90 degrees for easy storage. You get a semi-hard case in the box too, along with a 6.3mm jack converter, an airplane converter and two cables. The Beats Executive cable is removable – and one of the cables has a remote control, the other does not.

Like the 2013 Beats Studio, the Beats Executive have active noise cancellation. This uses an external microphone to monitor ambient noise and plays inverse waves of the noise of the outside world to cancel it out.

In some surface-level respects, it’s executed pretty well. A magnetised end cap on the left ear cup covers the batteries that power the feature (2xAAAs), the Beats logo on the right cup acts as a switch that cuts off cancellation to let you hear your surroundings better. 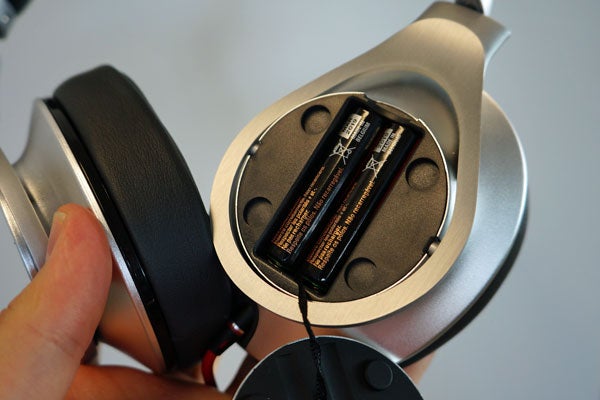 There’s a switch on the top part of the right cup that switches cancellation on and off, making it pretty easy to leave it on, draining battery between sessions. Like the Bose QC15, the sound cuts out entirely when cancellation is turned off. No battery equals no music. 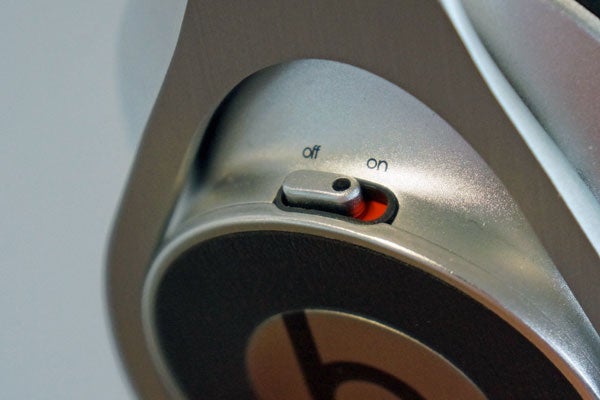 Unlike the new Beats Studio, the Beats Executive do not use a rechargeable battery, so you’ll have to keep a stash of AAAs at hand.

In other respects, the Beats Executive cancellation isn’t too hot either. It’s nowhere near as effective as Bose’s noise cancellation, and is a good deal noisier too. It produces a constant hissy noise – common in ANC headphones but it’s worse than usual here. When listening to quiet music it’s pretty obvious.

Its performance is not too impressive. However, when added to the isolation provided by the tight fit and seemingly non-ported design, the Beats Executive do provide a good audio barrier between yourself and the outside world. It’s just not that interesting, tech-wise.

After hearing the relatively (for Beats) balanced Beats Studio, we had hoped that the Beats Executive would opt for a more mature, natural sound signature than the Beats norm. However, there’s still an over emphasis on bass here, although less so than in the boom-tastic Beats Mixr.

The sound is clearly not entirely balanced, and lacks the poise and separation we expect at this price. The Beats Executive can sound oddly compressed (in the studio effect sense, not the ‘MP3’ sense) when playing bassy, complicated arrangements, making them sound oddly claustrophobic despite the fairly wide soundstage. 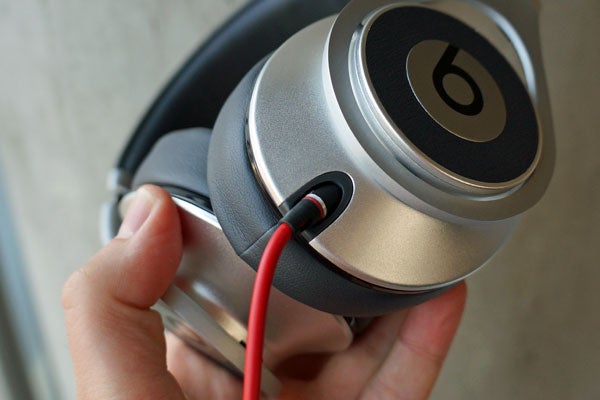 These are not true high-end headphones. If you want pure sound quality in an at-home headphone, they’re utterly trashed by the excellent AKG Q701, now available for less than these headphones. And separation is actually slightly superior in the Chambers by RZA Premium, currently available at a ridiculous £50 if you’re lucky enough to find a pair in HMV.

Tonally, though, there’s a good deal to like here if you’re not after accuracy and refinement. The Beats Executive are rich, fat-sounding headphone that will appeal to those who like a potent thwack of bass in their music – and this time it’s without too much ridiculous boominess. There’s just a bit of boominess this time.

Should I buy the Beats Executive Headphones?

The Beats Executive are out to snag a few potential Beats owners who might be put off by the loud red ‘n’ black look of most Beats by Dr. Dre sets. And the metal looks a bit better than the glossy black plastic of some Beats headphones – to our eyes anyway.

Sound quality is decent, even if the high-end concerns of separation and balance are sadly sidelined in order to tow the company line of a fat, bassy sound.

What really puts us off buying these headphones is the catastrophic internal design, which causes driver deformation if you press down on the ear cups while they’re on your noggin. Although seemingly not commonly reported, it’s a serious issue in our book.

For this reason, we’d recommend looking to the standard Beats Studio if you must have a pair of Beats, or the Beats-apeing Chambers by RZA Premium, which offer comparable audio quality and features for a fraction of the price. Alternatively, the £100-cheaper (non-ANC) Denon AH-D340 offer strong bass and better sound quality, or the Sennheiser Momentum are better in just about every respect.

If it’s good active noise cancellation you’re after, check out the Bose Quietcomfort 15.

The Beats Executive look the part, and provide the rich and bassy sound that’s expected from the range, without too much of the destructive boom we can’t stand. However, they fairly expensive for the sound quality provided and faulty design causes deformation of the drivers that is likely to result in long-term damage.

Beat Executive headphones not for you? Check out our round-up of the best headphones to buy.