What are the Beats Studio headphones?

The Beats by Dre. Studio have, for years, been the top-end model in the highly-recognisable Beats range. And now they’ve been given a refresh for 2013 and beyond.

The price hasn’t changed, £269.99, and for that you get a pair of great-feeling, good-looking headphones that feature active noise cancellation to make them even more commute-friendly. These are the best-sounding Beats headphones we’ve tried, too, but as ever with Beats headphones the sound quality doesn’t entirely match the price.

Beats by Dre. has simplified the Beats Studio look in this new reincarnation. Where the previous model had cups that stuck out a way from the side of your head, these stick pretty close.

Any design suggestion that these are headphones for the music studio seems to have vanished, besides the name, as the design here is clearly formulated with the commuter in mind. And really, that’s no bad thing.

These are reasonably light ANC full-size over-ear headphones that are quite streamlined and classy in their lines, but there are enough loud Beats design inflections to let them sit happily among their brothers.

The trademark mix of black and red colouring is here, along with the classic ‘b’ Beats signifier on the rear of each cup. Their entire outer part is glossy plastic. It’s eye-catching, but doesn’t entirely fit with a £270 pair of headphones. And it attracts more fingerprints than a CSI crime scene. 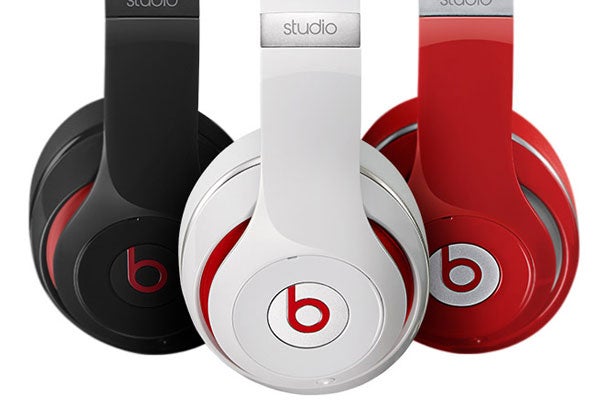 That said, build quality seemed perfectly fine during testing, and the Beats Studio feel sturdier than the Wesc Chambers Premium by RZA, which are lower-cost Studio rip-offs.

We would like to have seen slightly higher-grade synthetic leather used on the ear pads. It’s smooth and soft, but is clearly fake when protein leather often looks pretty convincing these days.

The Beats by Dr. Dre Studio headphones do provide solid comfort, and most people will find them a more pleasant wear than the on-ear Beats Solo HD. However, the Beats Studio headband is the Beats standard one, which is designed more for on-the-go use than pure comfort.

It’s made of squidgy rubber rather than synthetic leather or fabric, intended to ensure the Beats Studio stay on your head, making them suitable for jogging – most over-ears headphones simply aren’t. They also fold up for added portability, and Beats by Dre. supplies a semi-hard case.

You also get a trio of cables. There are the standard red audio cables, one with and one without a remote, and a microUSB to charge the internal battery. 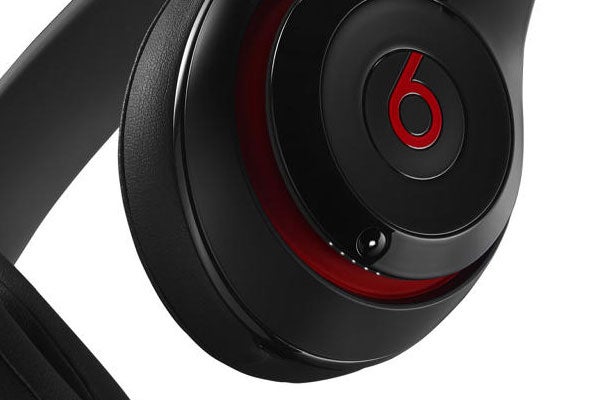 Like the active noise cancelling Bose QC3, the Beats Studio need charge to operate, so if the battery dies so do your tunes. However, you’ll get a solid 15-20 hours of playback off a charge. And unlike the previous Studio set, they use an integrated rechargeable battery rather than AAAs.

The execution of the noise cancellation feature is pretty neat in the Beats Studio. There’s a little button on the right earcup that switches the headphones on and off, and underneath it sits a little 5-light battery level indicator.

The Beats logo on the left cup is a subtle button that acts as a push-to-hear control, cutting out both the music and noise cancellation to make hearing your surroundings easier. There doesn’t seem to be an auto-off function, and we often returned to the Beats Studio to find them dead, having forgotten to switch the things off.

Beats by Dre.’s noise cancellation is good, but not amazing. There’s not the eerie silence that Bose’s QC15 can produce, but this also means the Beats Studio don’t create the same feeling of in-ear pressure that more intense ANC headphones can.

They do leave a constant hiss, which is quite apparent in quieter music, though – but we imagine few Beats buyers will end up listening to too many solo violin pieces. 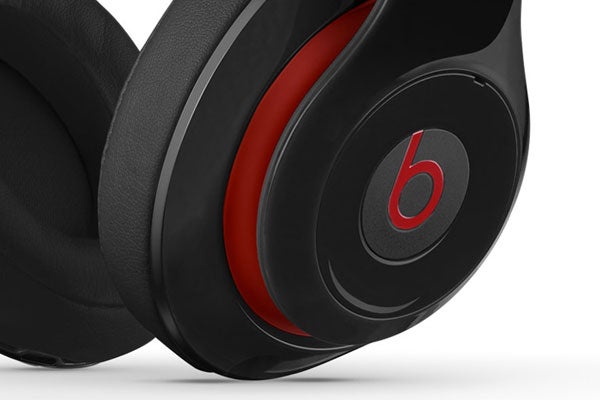 We do wonder whether this easy-going ANC is deliberate, too. The Beats Studio really use a mix of cancellation and passive isolation to block out the outside world. And it works pretty well. They make good public transport headphones.

As is common with the Beats-range headphones, where they start to fall down is when we point a critical ear towards their sound quality.

However, they are the best-sounding Beats by Dre. headphones we’ve used in recent memory. The trademark bass skew is here, but it’s much less destructive than we heard in the recent Beats by Dr. Dre Mixr.

The Beats Studio don’t boom in the same way, and that is a good thing. Instead, the bass and low-mid emphasis makes these headphones sound ‘thick’, in a manner that’s more closely comparable to the sound signature of the Beats Solo HD.

We’re not all that enamoured with this approach to the low-end. It’s better than a boomy mess, but the bass-mid thickness doesn’t make a great show of music with low or sub-bass (that’s the real chest-rattling stuff) and has a pretty serious effect on sound separation.

The Beats Studio sound is wide enough for a full-size closed headphone, but a lack of separation stops the soundstage from coming across as particularly expansive or intricate.

There’s also an odd harshness to the upper-mids when the volume is raised at all high. With anything but the smoothest of recordings, vocals can cut through with an unpleasant edge.

Electronic music sounds pretty good through the Beats Studio, as it manages to minimise the effects of these headphones’ sonic shortcomings. But more challenging arrangements show up their issues.

The Beats Studio are fine-sounding headphones, but they don’t have the qualities that separate a good £100 headphone from a good £270 one. We expect a little more finesse at the price.

Should I buy the Beats Studio headphones?

There’s quite a lot to like about the Beats Studio. They’re comfortable, they’re flexible and – in terms of their lines at least – they are more innocuous than the Beats Studio of old.

However, several aspects of both the sound and design don’t seem to quite match up with the price. The glossy plastic finish can look a little cheap, especially when laden with fingerprints, and the thick sound, complete with harsh mids/treble, doesn’t have the finesse we expect at the price.

They’re sure to win a bunch of fans, but we think that even bassheads will prefer the more refined Sennheiser Momentum, which also have better low and sub-bass performance.

The Beats Studio improve upon their predecessors with simpler active noise cancellation and a more streamlines design. They’re enjoyable headphones, but thanks to a few sound issues we’d recommend checking out a few other sets for becoming part of the Beats brigade.