What are the Beats By Dr. Dre Mixr Headphones?

The Beats by Dre. Mixr claim to be some of the “lightest, loudest headphones ever”. They’re ‘inspired’ by French beat fondler David Guetta and continue the Beats trend of being headphones that’ll look the part on the heads of young trendy people in ironic T-shirts.

They look great but, as with most Beats-range headphones, they’re for bass hunters only. 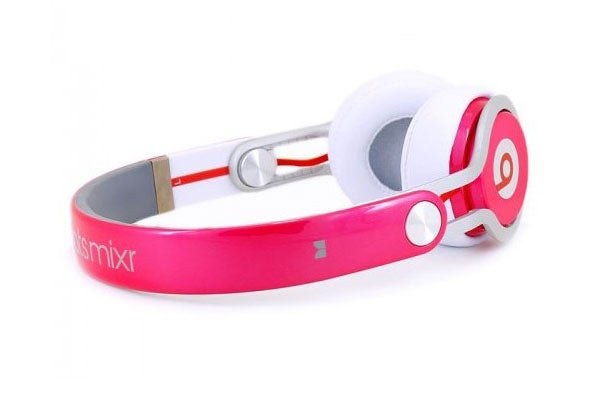 Beats by Dr. Dre headphones aren’t just about providing sound. They’re out to provide a look too – headphones as a status symbol have only really come to prominence in recent years.

On this front, the Beats By Dr. Dre Mixr headphones excel. While we don’t seriously believe David Guetta had much to do with their actual design, whoever was behind the Mixr look knows how to make headphones look good.

However, there is a reason why other headphones use oversized headbands – it lets the earcups exert a fairly even pressure of your ears/head.

To try and mitigate, the Beats By Dr. Dre use earcups that pivot on multiple points, to help them fit your head better. Although they fit just fine, they’re not the most comfortable of the Beats headphones, noticeably less so than either the smaller Beats Solo HD or the larger, over-ears Beats Studio.

The Beats By Dr. Dre Mixr are mid-sized headphones. Their pads sit half on, half off your ears and are topped with convincing protein (i.e. fake) leather. Although the foam underneath is soft, it doesn’t entirely compensate for the stronger-than-average headband pressure. They put more strain on the area just above your ears, and take quite a while to ‘disappear’ on your head – the price to pay for style.

The headband is similarly concerned with looks. It’s very slim, with minimal padding, and uses high-friction squidgy rubber, rather than fabric or leather. This helps keep the Beats by Dr. Dre Mixr on your head when you’re moving about, but it’s not the most luxuriously comfy headband out there. 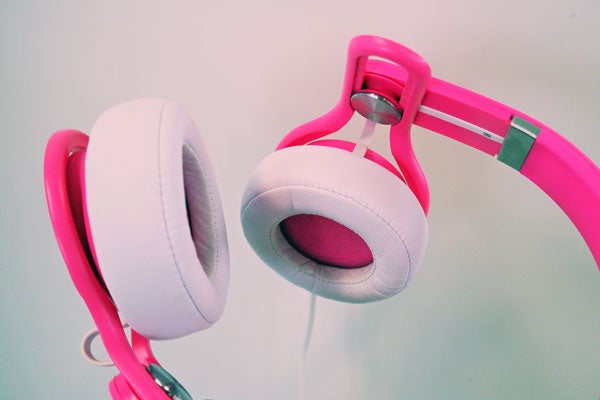 The cups fold 90 degrees forward, for one-eared DJ-style listening, or backwards right up into the headband for easy stashing. A semi-hard case is included too.

Their approach to cabling is unusual too. There are 3.5mm jack inputs on the bottom of each earcup, but you only need to connect the supplied cable to one – which is up to you. The other acts as an output, letting you connect, daisy chain-style, another pair of headphones to share your tunes with a friend. 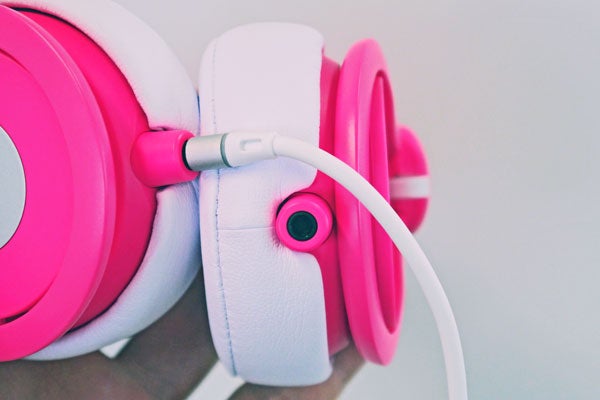 Beats by Dr. Dre includes two cables with the Mixr headphones. One is a straight cable with a 3-button remote for iOS devices, the other a remote-less cable with a spiral section – this is the DJ’ing/at home cable, as the spiral bit stops damage should you accidentally pull on it. A 3.5mm to 6.3mm jack adapter is included too, letting you plug them into a source a little more serious than an iPod.

They may seem like a case of style over substance, but there’s a commendable array of practical concessions put into the Beats by Dr. Dre Mixr headphones.

Still, the look is far more likely to capture an audience than its supposed nods to music professionals. The Beats By Dr. Dre Mixr come in eight shades, including the gloriously shocking pink seen here. White and black versions are available, if you like your headphones low-key. 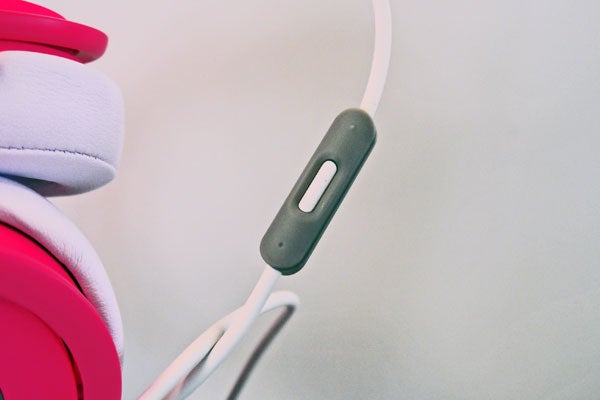 The Beats range of headphones has a reputation, and among audio fans it’s not a good one. Beats headphones are a little bit obsessed with bass, and the Beats by Dr. Dre Mixr are no different.

Like most on-ear headphones, they use 40mm dynamic drivers, but it’s the tuning that provides the Beats ‘magic’.

The Beats by Dr. Dre Mixr’s main aim is to provide the sort of low-end thrills that you’d normally expect from a subwoofer. Hence the name – beats: electronic beats, kick drum beats and so on. 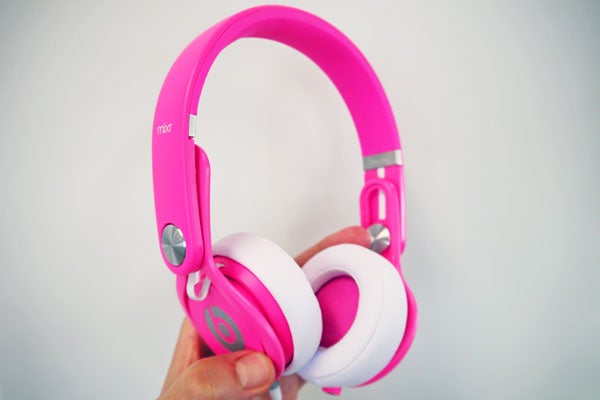 If you’re after meaty bass thuds, the Mixr headphones can provide them. But these headphones are tuned with the idiotic glee of a teenage boy put in charge of the hi-fi volume knob at his first house party.

There is some small degree of separation between bass and ‘the rest’ of the sound, to the extent that we think the Beats by Dr. Dre Mixr sound better than the hugely popular Solo and Solo HD headphones. Balanced they are not, though.

The bass artificially promotes lower-register instruments in a mix, proving that the Beats claim of relaying music “the way artists intended it to sound” is utter nonsense.

That said, these are certainly not bad-sounding headphones. There’s a good width to the sound, and the smooth, rich mids and treble are very easy on the ear. They are as critical as a new-age nursery school teacher, and the over-enthusiastic, occasionally resonant low end does cast a fog over the mid-range, but we can imagine many of the prospective Beats audience being satisfied with their purchase.

Should I Buy the Beats by Dr. Dre Mixr?

The downsides to the Beats formula include that their sound is far from balanced, not remotely ‘high-end’ in its signature, and the price seems slightly inflated when you stack the Mixr up against some of the less heavily-marketed competition.

However, it’s largely down to the sound tuning, which is a carefully contrived part of the Beat experience. Should £220 sound like this, though? We don’t think so.

The Beats By Dr. Dre Mixr headphones successfully continue the Beats legacy – they’re stylish and sure to attract thousands upon thousands of buyers. However, the ill-disciplined bass-heavy sound doesn’t match the £220 price to our ears.

Looking for the best pair of cans for your noggin? Then check out our Best Headphones round-up.