We were starting to think that a musician’s endorsement was something of a death knell for audio equipment, but the Q701’s – the flagship product in AKG’s Quincy Jones-sponsored line-up – proves that theory conclusively wrong. Where Jay-Z and Dr Dre’s names on the packaging of the Skullcandy Aviators and Monster Beats respectively counts for no more than the assurance that you’ll be paying over the odds for what lies within, even if they weren’t available for a decent chunk under their £499 recommended price is the Q701s would be worthy of recommendation. At the sub-£360 they can be found for they are, if not a bargain, certainly a safe investment. 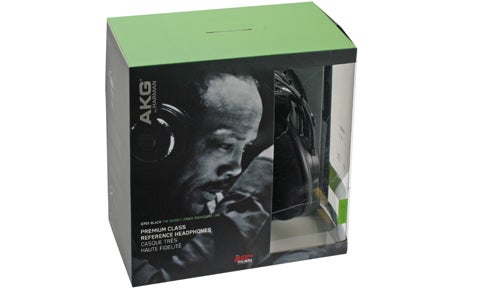 The design of the AKQ Q701 headphones is very similar to that of the less high-end K601 and K701, at least outwardly. That’s no bad thing; the Q701s, like their predecessors, look very stylish, even if the lime green versions aren’t perhaps the most professional-looking – the white and black options look great. The plastic construction feels as solid and durable as a polycarbonate can. Interestingly AKG claims that the Q701’s arches are unbreakable, a claim we didn’t want to risk fully putting to the test, although the Q701’s did survive being accidentally knocked off a desk a couple of times.

Definitely well-considered is the self-adjusting headband, from which the earcups are elastically suspended. The result is that as well as staying properly fitted in place no matter how you move the Q701s about on your head, with their weight evenly distributed. The band’s padding isn’t actually that soft, but it is leather-covered and distributed weight evenly. The earcups are large enough that they will completely encompass all but the mode Dumbo-like of ears, which we much prefer to the less-common alternative having the pads rest on the ear. In combination with the large earcups, the ‘suspended’ design makes the Q701s very comfortable; we had no problem wearing them for hours on end. 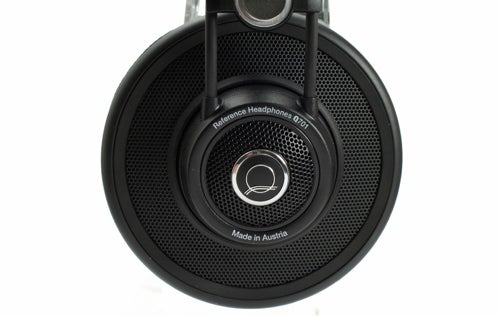 The AKG Q701s are definitely not headphones that you want to use in the presence of others. The open-back design means that they leak sound promiscuously, and offer next to no isolation from outside noise. Given the compromise to the openness of sound that a more isolating, closed design would have forced AKG to make, we don’t consider this a problem, but simply a sensible decision; these are not headphones intended to be worn on the daily commute.

Inside the earcups, the Q701s offer the same flat-wire voice-coil technology, ‘Varimotion’ multilayer diaphragm, and neodymium magnet system that AKG developed for its studio headphones. The result is a claimed frequency response range of 10 Hz to 39.8 kHz – on a par with headphones costing north of £1,000 including the much-lauded Sennheiser HD800s and Grado GS1000s. That should explain why Quincy Jones believes: ‘These are the only headphones I’ve heard that bring out the true sound we were striving for on records like “Billie Jean”‚ “Thriller” and “Give Me the Night“. It’s the best-quality sound I’ve heard, ever.’ 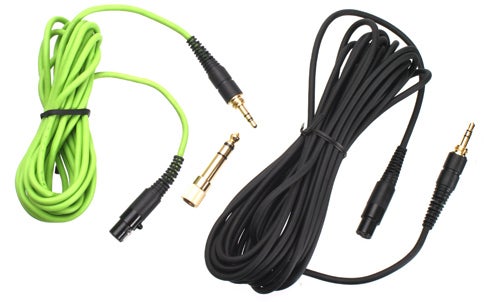 The AKG Q701s come with both a 3m and a 6m length of detachable cable. Considering these are headphones that you’ll want to hook up to a proper Hi-Fi set-up while lounging in an armchair, the inclusion of a longer cable is a particularly useful on – saving an otherwise inevitable extra purchase. It’s worth noting that these cables use proprietary connector at one end, so replacement – if necessary – will prove a pain. At the far end from the headphones, the Q701’s cable terminates in a 3.5mm jack, and a 3.5mm to 6.25mm adaptor is supplied, which screws into place keeping it secure. 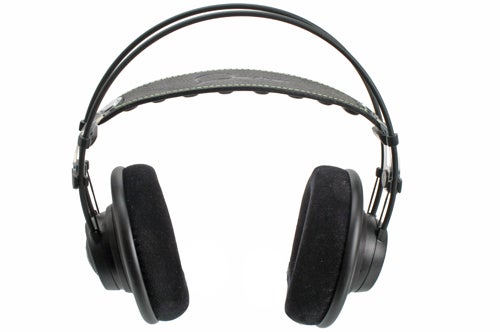 The decision to make the default connector on the cabling compatible with portable media players isn’t the best indicator of where the Q701s perform best. The Q701s aren’t easily driven. Trying to use them directly from an iPhone the result was decidedly lacklustre – even at full volume there simply wasn’t enough power – which isn’t necessarily a problem, but is worth considering, bearing in mind that the likes of Grado’s SR325s are easily driven enough that, if you do want to use portable player, they’ll try their hardest to make it sound at least half-decent.

Attached to a more suitable source device, the Q701’s really shine. AKG makes big claims about the accuracy of these headphones, and we’re not about to dispute them. Even with just 320kbps MP3s the Q701s draw an impressive amount of detail out of recordings. Listen to lossless files, or good old-fashioned CDs and the results are nothing short of astounding, given the price of the Q701s.

The open-backed design does its job of giving the Q701’s a wide, uncluttered sound. Poorly mixed radio-destined music doesn’t really benefit, but the spaciousness adds an extra dimension of realism to well-mastered recordings, such as the ever-impressive works of the London Symphony Orchestra, from whose works the Q701s allow you to pick out individual instruments with ease.

A wider range of material showed that AKG isn’t exaggerating in its claims of the excellent accuracy of the Q701s. From the low end to the high end these are some of the flattest headphones we’ve ever listened to, with no trace of distortion and the amount of detail reproduced is as impressive as the flatness of tone. 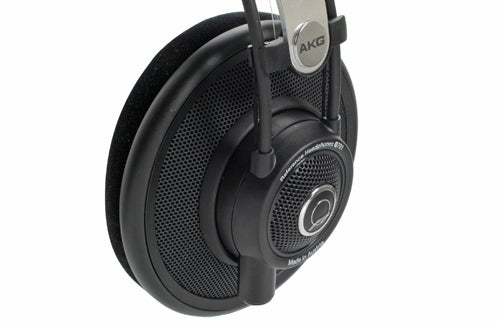 Taking Quincy Jones at his word, we gave a selection of both his music, and that which he has produced for other artists (an almost unbelievably large catalogue from which to chose) and though we can’t guarantee that the sound produced by the Q701s is, indeed, that which was intended to come across, but whether listening to the man himself, or works produced by him, the Q701s never disappoint.

It’s not just the Quincy Jones catalogue that sound great via the Q701s. From Louis Armstrong to Frank Zappa, Credence Clearwater Revival to the White Stripes, and Aha to Kanye West, the flatness of tone exhibited by the Q701s means that they sound equally good with just about every genre of music. As such, those with particularly eclectic tastes might well consider them a better option than, say, Grado’s RS325s, which although an incredible pair of earphones, have a particular ‘Grado sound’ that lends itself to some types of music better than others. We’d say the same, too, of Sennheisers HD650s which, though very detailed and accurate, have a more pronounced bass response than the Q701s. We’d be lying if we could call any of these – or, indeed, any of the alternatives – the ‘best’ and you’re best bet is to find a retail shop that will let you compare a selection and pick the right one for your tastes.

The AKG Q701s are a truly excellent pair of headphones, with which Quincy Jones can be proud to be associated. Their wide, flat and accurate sound puts them in a great position in competition with similarly priced headphones from Sennheiser, Beyer Dynamic, Grado, and others with the choice between the options one of preference, not outright superiority.