What are the WeSC Chambers by RZA Premium headphones?

WeSC is out for some of that sweet style headphone dollar. The WeSC Chambers by RZA Premium are relatively high-end headphones that roughly match the Beats Studio noise headphones on spec. They have noise cancelling, are over-ear in style and are rapper-branded.

At their £249.99 RRP they are overpriced, but now that they’re available for under £80, they’re actually a bit of a bargain. 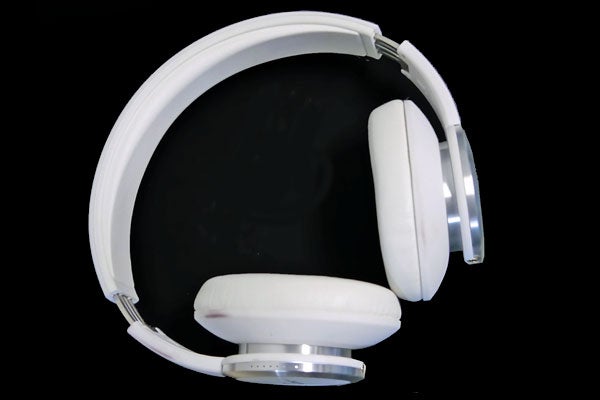 RZA was the king of the Wu-Tang Clan. And, at 43, it’s about time he got his own range of headphones. The WeSC Chambers by RZA Premium are the highest-end models in the RZA range.

RZA may not quite be a powerful a name as Dr. Dre in the rap game, but thankfully for us that means they’ve ended up selling for less cash than their Beats alternatives.

However, they’re not quite as carefully-designed as some of the Beats headphones. Their rotating plastic cup surrounds clack around like maracas when the headphones are waggled in the air, and the hinges that let the headband fold in on itself for portability’s sake barely hold their position. 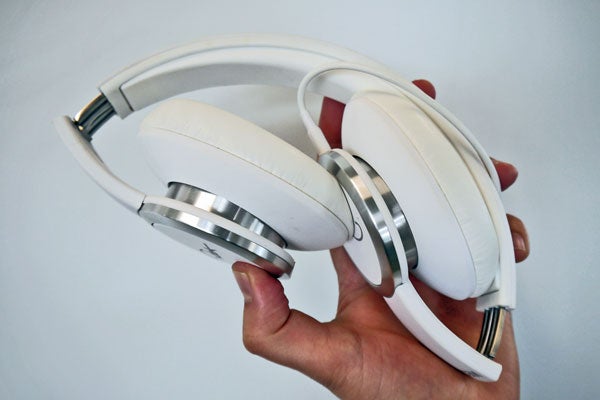 The first impression the WeSC Chambers by RZA Premium give off isn’t of a pair of headphones that cost £250. They lack the final touches that mark out a ‘premium’ headphone – which is perhaps why the ‘premium’ naming has to insist they are exactly that.

Forget design niceties for a moment, look a little closer and the WeSC Chambers by RZA Premium build quality seems perfectly good. The headband’s core is made of a fairly chunky band of steel, while the rest of the headphone is made from a mixture of aluminium and plastic parts.

Looks-wise, the WeSC Chambers by RZA Premium come across as a Beats Studio impersonator, with a little less style than that pair. The RZA logos on the back of each earcup look lacky, and they’re altogether less curvaceous.

However, they don’t fall too far from the tree.

They are reasonably comfortable, with generous faux-leather topped foam pads and a mid-level grip on your head that balanced security and comfort well enough. Like most current style headphones, though, the headband padding is minimal and has a rubberised finish rather than a fabric/leather one.

This helps them grip to your head. But as these are not particularly light headphones thanks to the extra tech inside that we’ll get onto in a minute, the headband does sit a little heavily on your bonce.

The design hides the WeSC Chambers by RZA Premium’s extra functionality. The rear of the left cup is a twist-to-lock battery cover that hides the two AAA batteries powering these headphones’ active noise cancellation. 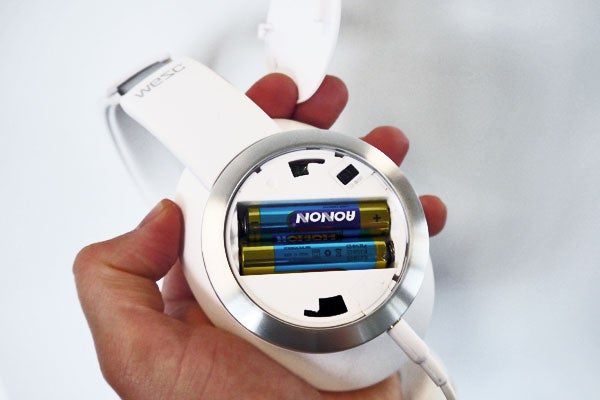 ANC is switched on and off by turning the silvery edge of the right ear cup – a nice subtle move. There are little lights on the other cup too that let you know your batteries aren’t dead, and even act like an EQ visualiser bar, bobbing up and down with the level of the music. Although if it ever fills up all six lit ‘pips’, you’re probably doing your hearing some damage.

Pressing down on the right cup (which is effectively a big button) also turns off cancellation while depressed, making hearing what’s going on around you that bit easier. 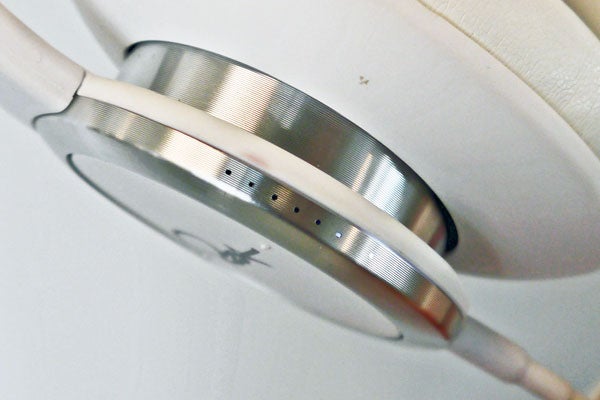 It’s all very neatly implemented, to the extent that you’d never guess they are noise cancelling headphones from a glance. However, cancellation performance is unremarkable.

The WeSC Chambers by RZA Premium are far less effective at removing background noise than the rival Bose QC15, and in a relatively quiet office, they’ll appear to add more noise than they remove. As with most noise cancellation systems, the WeSC one has a persistent ‘psst’ low-treble hiss that’s pretty audible when listening to quiet music or spoken word recordings.

However, they are reasonably effective in the situations where ANC excels – public transport and on airplanes (not that we got to test the latter this time around.)

Other neat hardware nods include a the removable cable, which has a three-button remote for iOS devices, and the dual 3.5mm sockets on the earcups. Only one is needed to plug in the cable – the other acts as a 3.5mm jack output to let you share music with a friend. 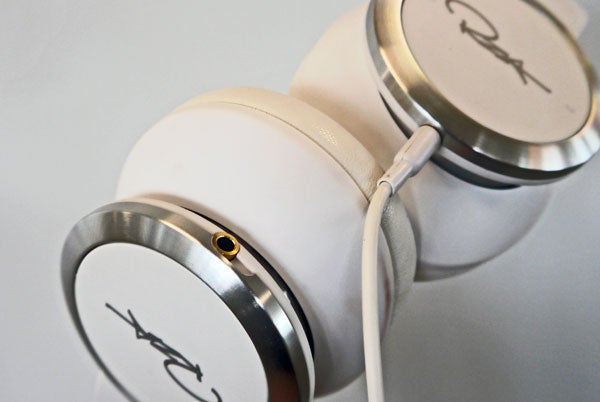 Although the WeSC Chambers by RZA Premium are distinctly Beats-like, they have a much less destructive obsession with bass than all the Beats-range headphones we’ve tried recently.

As with most noise cancelling headphones, though, the character of the sound varied depending on whether the ANC feature is turned on or off.

Switched off, the sound is nice and balanced for a rapper-branded pair, with none of the boominess of some rivals. It’s not what we expected at all – a pleasant surprise.

However, it is also a tiny bit drab, with slightly veiled treble and a flat character. It doesn’t make any terribly wrong-footed moves, but it’s probably not what people looking for rapper-branded headphones are after. 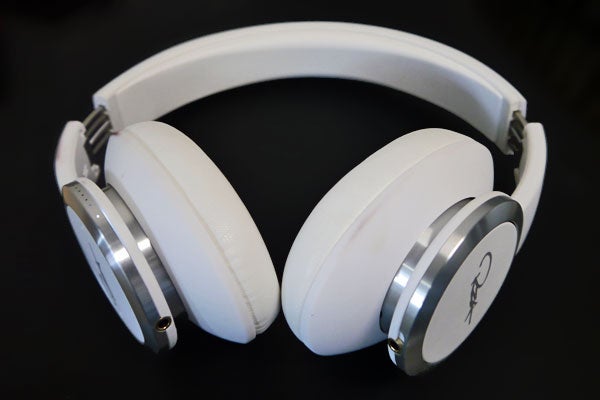 Switch ANC on and the WeSC Chambers by RZA Premium headphones are given a few volts up the jacksie. Both the treble and bass are significantly energised, making the headphones sound far more lively – if less balanced in some respects.

Zingy, but not harsh, treble offsets the boisterous, muscular bass well, ensuring that the WeSC Chambers by RZA Premium don’t devolve into horribly bass-centric headphones. There is a an over-emphasis down low, which makes us wish WeSC had reined it in a little more, but it’s probably just what people looking for this kind of headphone are out for – and bass separation is far better than in the recently-tested Beats by Dr. Dre Mixr.

Although not perfectly controlled, the bass is seriously deep and powerful – and not so dominant that any non-electronic music sounds swamped and confused. There’s a distinct ‘V’ shape to the sound, which makes headphones sound energetic rather than accurate, but then these were never going to be studio-grade headphones.

However, there is a design flaw that crops up with some music. A couple of times during testing, the powerful bass made the slightly loose plastic battery cover rattle audibly, as if the music has somehow hooked into its resonant frequency. Annoying? Yes, but it was rare enough to avoid becoming a total deal-breaker.

Should I Buy the WeSC Chambers by RZA Premium Headphones?

The WeSC Chambers by RZA Premium headphones are tricky. At their £200-250 ‘RRP’, we couldn’t recommend them. Their noise cancellation isn’t hugely effective and at that price there are higher-fidelity headphones that also offer good bass performance – the Sennheiser Momentum spring to mind.

However, that they can be bought in the UK for around £80 changes their outlook entirely. For that price, they’re excellent headphones for those after a bassy headphone, especially as the powerful low-end is matched with good clarity with ANC switched on. That price also makes them some of the cheapest headphones with active noise cancellation.

At their original retail £250 price, the WeSC Chambers by RZA Premium are not hugely attractive. However, now that they are available for £80-90, they are some of the cheapest full-size active noise cancellation headphones around and are a good bet if you’re after powerful bass.

Next read our article on the best headphones of 2013