The Audeze Mobius is hands-down the best sound gaming headset we've ever tested. The custom drivers and head tracking tech create one of the most immersive gaming and movie watching experiences we've ever enjoyed. Issues with its wireless connectivity on Windows stop it from being a shut up and take my money purchase, however.

What is the Audeze Mobius?

It’s no secret that gaming headsets generally sound terrible when compared to dedicated over-ear headphones. They also for the most part aren’t items you’d want to be caught dead wearing outside, featuring bright colourings, RGB lighting and ridiculous “l33t” designs that even the most ardent Dungeons and Dragons player would wince at. High-end audio equipment makers, Audeze wants to change both these trends with its first ever gaming headset: the Mobius.

Audeze traditionally target the mid-to-top tier audio market, but with the Mobius, it’s looking at bringing a lot of its nifty technologies to the gaming table. Highlights include the company’s planar magnetic drivers, Waves Nx head-tracking and amazing 360 surround sound. Add to this the subtle design and the Audeze Mobius earn a pace as one of the best gaming headsets ever made. Make no mistake, if you can afford them and want top end gaming audio then the Mobius is the headset for you.

But be warned, if you plan to use them wirelessly most of the headset’s unique features won’t work. Issues with the way Windows handles the Bluetooth codec used also leads to ongoing frustrations with voice chat that won’t be fixable any time soon. 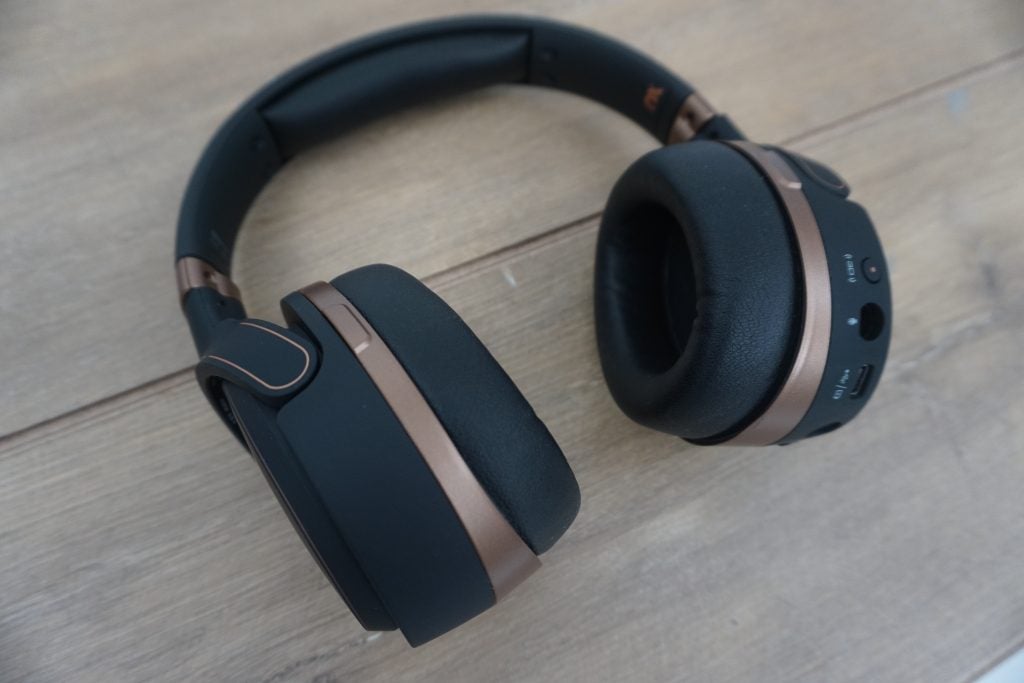 You’ll struggle to find a prettier gaming headset than the Mobius. With the mic unattached they look more like a regular pair of over-ear headphones than a gaming headset. The black metal cups come with detachable fake leather pads that are nicely comfortable offer great noise isolation. The top adjustable band also looks great and features the same cushioning. A slightly texture coating has been put around the entire unit that gives them a robust, premium feel.

If you do knock them around when carrying them to a LAN party, you’ll be pleased to know build quality is excellent – the Mobius easily survived an accidental encounter with a rampaging toddler using them as an anti-babysitter weapon during one dark moment in the testing process.

This plus the subtle copper accents (also available in blue) and complete lack of any form of RGB lighting give the Mobius a pleasing grown up feel that’s missing on most gaming headsets. It also makes the Mobius one of the only gaming headsets I’d wear out and about and use as headphones, with the mic removed, without feeling self conscious.

The design also ticks all the right boxes when it comes to functionality. Around the side you’ll find convenient controls for all the gaming features you’d expect. On the left cup’s bottom you’ll find volume controls for audio and the noise cancelling mic, which connects using the 3.5mm jack, plus a button to turn 3D (surround) sound on and off. Around the side you’ll find mic-mute and power buttons. The volume dials also have a push down function that lets you cycle through the headsets various profiles, of which there are many. 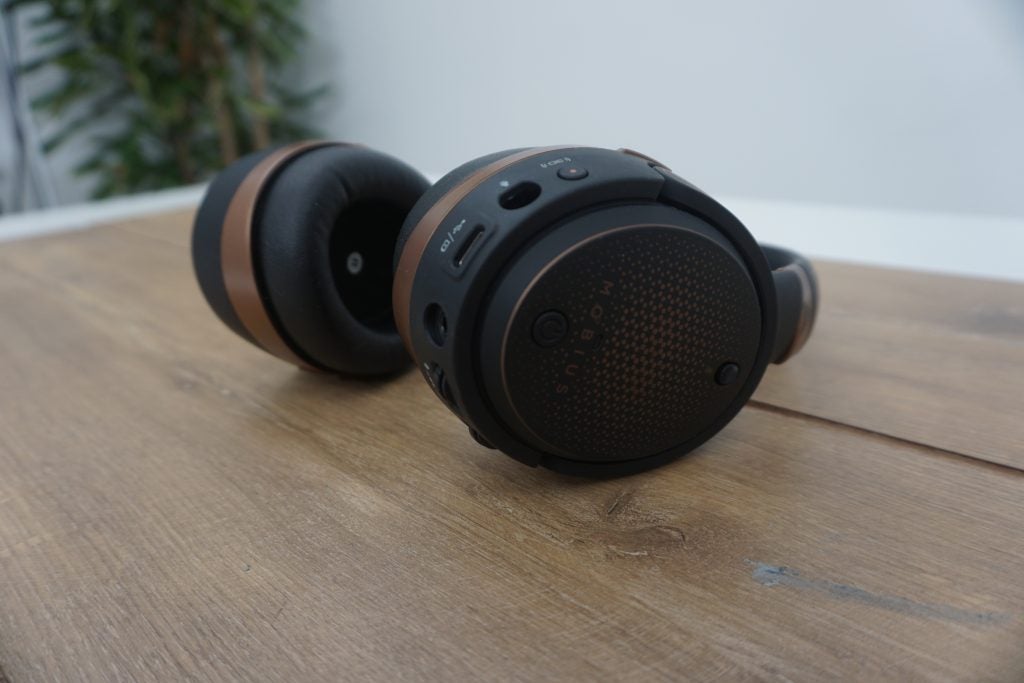 Make no mistake the Audeze Mobius is one of the most feature packed gaming headsets I’ve ever tested. The headset packs more custom features and tools than a Swiss army knife and is a tinkerer and serious gamers dream as a result. The only issue is that because it’s so feature packed, it takes a while to setup properly and get used to.

Though it’ll work the moment you connect it to your computer using the included USB C to A cable, if you plan to take advantage of its head tracking or advanced 3D audio features I’d really recommend downloading the Audeze HQ app to your desktop first.

The app lets you tweak the headsets 3D surround sound settings, calibrate its head tracking and create new audio profiles – though given how many there are pre-installed I never felt the need to do this.

Before I setup the headset in the HQ app the Mobius didn’t quite track my head correctly and the surround sound seemed to place me a couple of centimetres behind where I actually was. Once I’d recentred it in the app however, my mind was blow. Audio quality and surround sound on the Mobius are industry leading and the best you’ll find on any headset at the moment.

Powering up The Division 2 I got treated some of the best surround sound I’ve ever experienced on a headset. Jumping into a firefight every shot fired had a sense of direction and precision that was next level good, even when compared to my previous favourite, the SteelSeries Arctis 7.

Switching gears to Resident Evil 7, the head tracking and sense of direction added a further element of terror. Even in the default audio profile the sense of immersion I got was mad. Creeping through a spooky mansion I could hear enemy footsteps and whispers in the distance, leaving me on permanent edge.

Changing games to Dead by Daylight the terror continued. During a heated match I could tell when the killer was coming thanks to the rising volume and whirr of the chainsaw wielding madman behind me and booming heart rate of my character. The Waves Nx head-tracking tech is another positive.

This makes it so audio direction changes depending on the position of your head. The tech can reportedly detect over 1000 different motions and adjust the audio accordingly. It also has intelligent positioning and customisable “Room Emulation” tech that aims to give you a more realistic sense of space by simulating how sound would reflect in game environments.

For the most part I found the tech worked fine, though on occasion the head tracking could feel a little finicky and require me to reset my position in the HQ app. 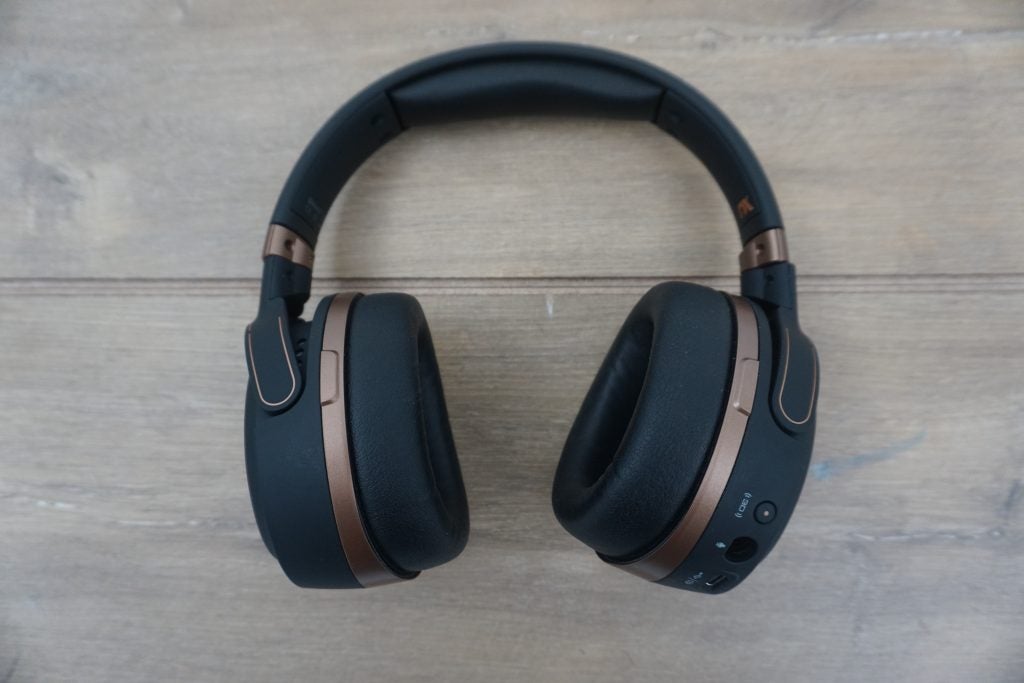 The sense of immersion is further aided by industry leading audio quality. The Mobius is the first ever gaming headset to feature planar magnetic drivers. For non techies these a special drivers that work slightly differently to the regular dynamic type you’ll find in most gaming headsets. They’re traditionally used by a select number of headphone companies, like Audeze and Oppo, because they’re heavier and more expensive to make than basic dynamic drivers. The trade off is that you supposedly get a more immersive, even sound.

The tech works a treat on the Mobius. Tonal balance is a step up on competing headsets, including the Arctis 7, with every part of the sound having its own distinct space. Rumbling engines have power, but are completely distinct to rattling gunfire. Bass extension is a particular area the Mobius shines. The hefty amount of low end it offers make soundtracks and sound effects sing in a way I’ve never experienced before on a gaming headset and make story driven games much more immersive and fun to play.

The same is true for movie binging. Using the Audeze Mobius on a longhaul flight, audio from my tablet was excellent and wonderfully immersive, and offered the same sense of direction I experienced gaming, when cabled. The Nuraphone are the only headphones I’ve tested at this price that beat the Mobius when it comes to immersion.

For competitive gamers the preset modes are another boon. The headset comes with pre-installed modes for everything from footsteps to cinema viewing. The footsteps mode was particularly useful for competitive battle royale games. Switching to it on the fly during a tense firefight in PUBG the increased focus on footsteps helped me spot my attacker faster and get one step quicker to a chicken dinner.

So far so good? I thought so. But there’s one key issue keeping the Audeze Mobius from scoring Trusted Reviews’ hallowed 5/5: The mic doesn’t work properly when used wirelessly with Windows.

The Mobius has an atypical wireless setup on Windows. Connect it via Bluetooth, and it’ll appear in the sound settings as two distinct devices: one for audio, on for the mic. Power up a game or movie and audio quality will still be a step up on most headsets. This is thanks to the codec used which according Audeze has “almost three times the data bandwidth as other Bluetooth headphones”.

But the moment you try to use it for voice chat in gaming things get mucky. Logging into Discord for team chat, the mic automatically cut out and left me unable to communicate with my squad. Going through a Q&A session with Audeze’s product manager we eventually identified the issue as stemming from the way Windows handles the Bluetooth codec used. This means there’s no easy fix, which will be a problem for lounge gamers that need to cut the cord.

It’s also a little sad as Audeze has otherwise done a stellar job fixing problems since I started testing the Mobius. When I first started testing a pre-production version of the Mobius, the mic had a gain issue that caused my voice to distort, no matter what volume I set the headset to. Within a week Audeze had released a software update fixing the issue and since then, when wired, the mic has worked an absolute treat. Even during heavy fire fights in CoD my team reported hearing me crystal clear. 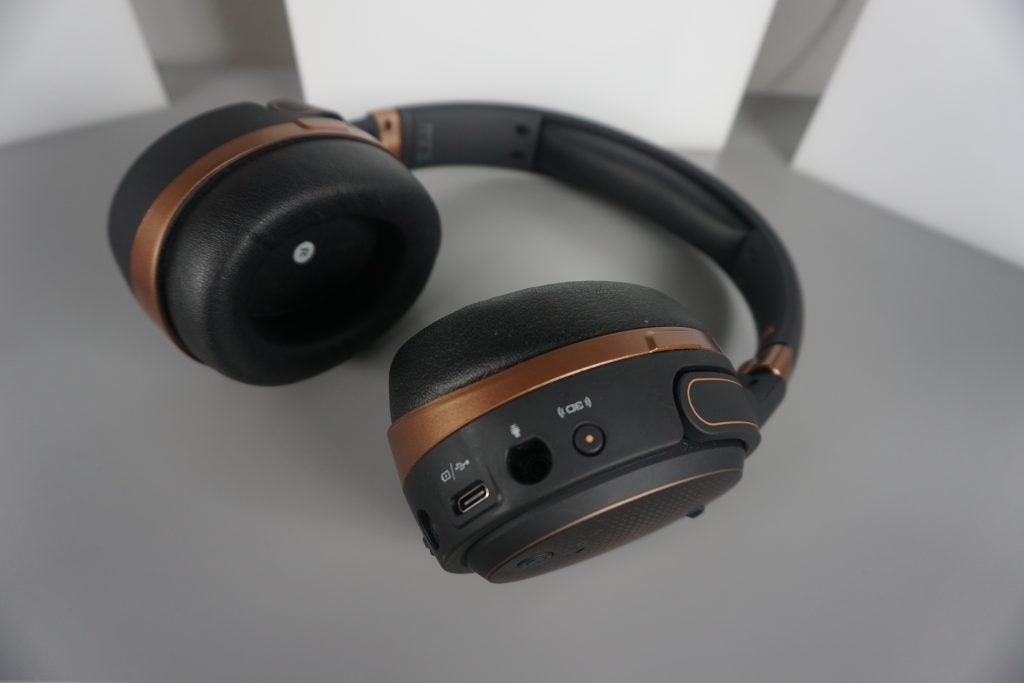 Should I buy the Audeze Mobius?

£400 is a lot of money for a gaming headset. But in my mind the Audeze Mobius arsenal of unique features and category leading audio quality more than justify the expense.

The planar drivers deliver wonderfully immersive audio that makes games and movies really come alive. The head tracking can be a little finicky but it’s another welcome feature that adds yet another layer of immersion to gameplay. If audio quality is a concern you will not find a better wired headset than the Mobius.

Issue with wireless performance keep it from scoring Trusted Reviews hallowed 5/5, however. Most of the unique features don’t work via Bluetooth and the way Windows handles the codec used means the mic won’t play nice with popular voice chat services, like Discord, when the Mobius is used wirelessly.

The Audeze Mobius is the best sounding gaming headset money can buy.