The X550C’s performance is pretty good for a laptop that’s so cheap. True, it’s never going to be up there with the £750 Ultrabooks, but it holds its own against recent notebooks in the £500 range. It does come up against occasional stuttering, especially when waking from sleep mode, and its performance gets sluggish with too much going on probably thanks to the inferior Intel Celeron chipset. Boot up times are also unimpressive, 27 seconds from cold and one minute, nine seconds from a restart – but that’s down to the lack of Solid State Drive, and there’s no way you could get one of those shipped with a £329 laptop. 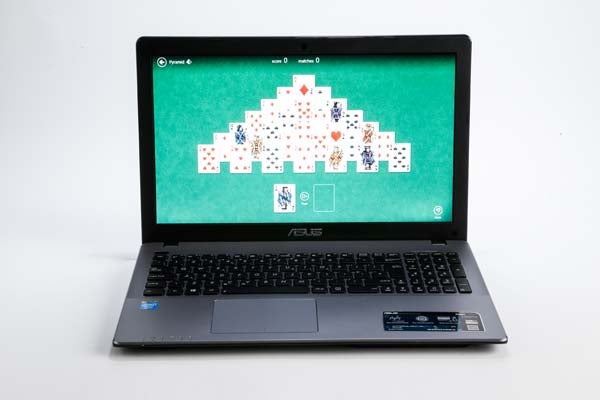 Gaming performance was understandably amongst the weakest we’ve seen since we started doing 3DMark tests. Performance was fine if unimpressive in the low-end Icestorm (17,539) and Icestorm Extreme (12,991), but just 1350 in the mid-range Cloudgate test. Again, these are unimpressive but it holds up well against both the aforementioned HP Touchsmart Sleekbook (19,708 and 14,330) and ASUS V550C (19,980 and 14,849) – not bad for a three digit saving. The Toshiba Satellite once again triumphs though with 45,485 and 29,177.

We then put the laptop through its gaming paces with Burnout Paradise and Fallout New Vegas. As on the V550C, the former was only smoothly playable in 1366×768 when the detail was turned down to low, but Fallout New Vegas ran fine even in the expansive outdoor environments with medium detail. So while it may not run the latest games, you shouldn’t rule out some light recent gaming highlights if you’re prepared to turn down the fancy extras.

Like the V550C, the X550C is whisper quiet in its day-to-day operations. You can hear the fans, but only if you silence everything else in the room and put your ear right next to it. The heat is equally low, localised in two areas on the left hand side and around the centre. It never becomes uncomfortable when used straight on the lap unlike some other laptops. 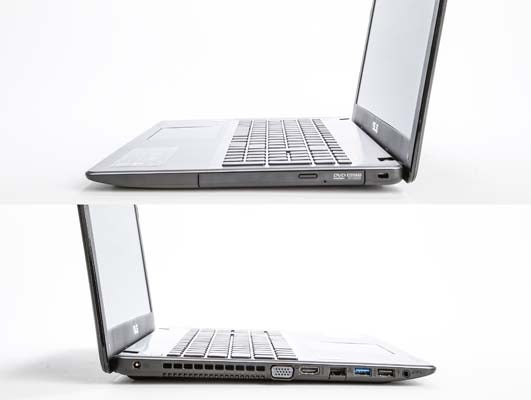 Even when running our gaming tests, the X550C barely made any noise, and heat only rose a little bit. This is definitely one of the quietest laptops we’ve used recently.

Like the ASUS V550C, battery life is pretty average, managing pretty much exactly the same time in our tests: three hours, 18 minutes at 40% brightness. You could probably push it to four hours if you lower the brightness further, and turn off wi-fi. 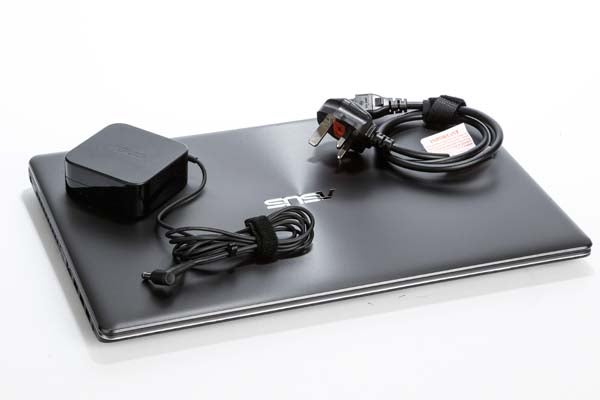 Half an hour plugged in restores 25% of the battery, and again this is very similar to the V550C – right down to the 50 minutes real world usage that provides.

Used as our main laptop for the review period
Tested for at least a week
Used consistent benchmarks for fair comparisons with other laptops
Reviewed using respected industry benchmarks and real world use
Previous
ASUS X550CA-XO113H Laptop Review Next
Keyboard, Touchpad and Verdict Review