As the X550C is a 15.6-inch laptop, it manages to pack a full-sized keyboard, including a slightly compressed numpad to the right of the main keys. They’re a good size, and it’s easy to get a good typing speed on it, with a few rogue missed keystrokes. What’s more annoying is the rattling noise the keys make when you type at any speed – they’re quite plasticky to the touch and it’s pretty annoying. The rattling is louder for the keys in the middle of the keyboard, possibly because the plastic underneath it seems to bend under minor strain. 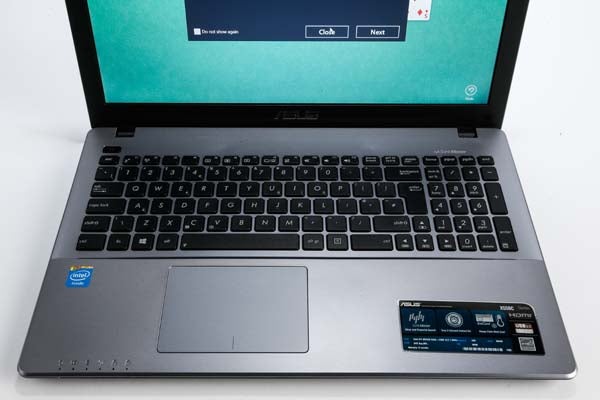 The touchpad on the X550C is large enough to be pretty accurate with gestures and general pointer movement, with the left and right buttons clearly defined with a short line near the bottom. It’s off-centre on the laptop, directly underneath the spacebar because of the numberpad. It’s not as offputting as on other 15.6-inch laptops, perhaps because the numberpad itself is considerably thinner than most, ensuring the touchpad is more central. 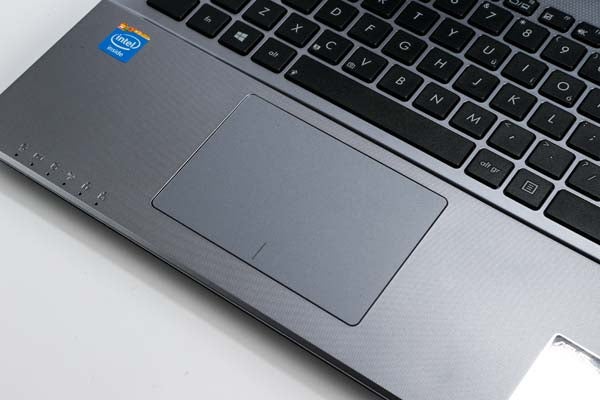 There aren’t really any complaints to be had with the touchpad – it’s a solid if unspectacular performer, but in a £329 laptop, that’s pretty special.

Sound on the X550C is so-so, coming from just underneath the screen like on most. As you would expect, bass isn’t great, but then it isn’t on many laptops at all. Once again we find ourselves saying that for the price, the sound is pretty decent, and seems on a par with most laptops we’ve looked at recently. 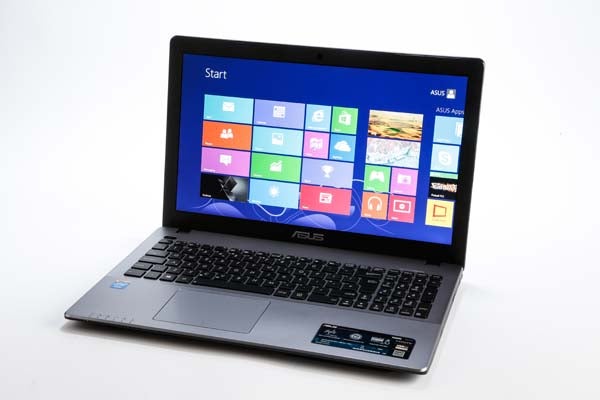 If you’re on a budget, it’s really hard to argue with the ASUS X550. Yes, you can easily see where the cost savings have occurred (cheap feel, low quality screen, Intel Celeron processor, rattly keyboard), but at the same time the savings really add up. At £329, the performance isn’t too far removed from the £430 HP Touchsmart Sleekbook and the £499 ASUS V550C.

On the other hand, another £499 laptop – the Toshiba Satellite C55-A-12U gives a big performance boost, and is a far better performer with games, albeit with a terrible battery life. Alternatively, if you fancy an Ultrabook, the Samsung Activ Book 9 Lite got a glowing review from us, and also comes in at £500.

It feels cheap, and the cost-saving areas are obvious, but at just £329 RRP with similar performance to laptops £100 more expensive, this is an impressive performer.